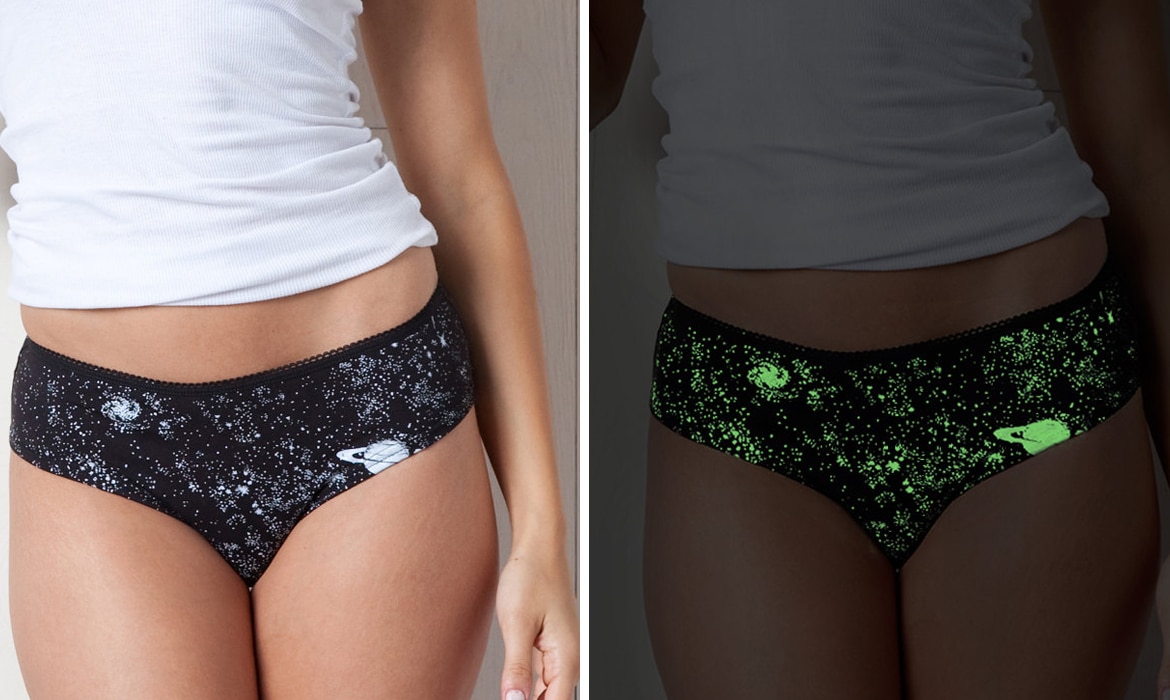 Your underwear might be comfy, but does it glow in the dark? Portland-based apparel brand Make It Good has created a series of undergarments with the power to do just that. Their jersey cotton shorts and bikinis are adorned with an intricate galaxy print that wraps around the body. Once the lights go out, the special ink transforms the basic black garment into spectacular glow-in-the-dark underwear.

The intricate space print is inspired by “scientific galactic retro glow-in-the-dark prints,” and it’s hand-drawn by artist Nate Crane. Planets, shooting stars, asteroids, and more swirl stylishly on the fabric, enhanced by its illumination. As with other glow-in-the-dark inks, you’ve got to expose them to light before they can work their magic. Even when these galactic unmentionables aren’t aglow, however, they still dazzle with a fun print that any science lover will enjoy.

Make It Good sells their glow-in-the-dark underwear on Etsy.

With the flip of a switch, Make It Good's glow-in-the-dark underwear illuminates the stars. 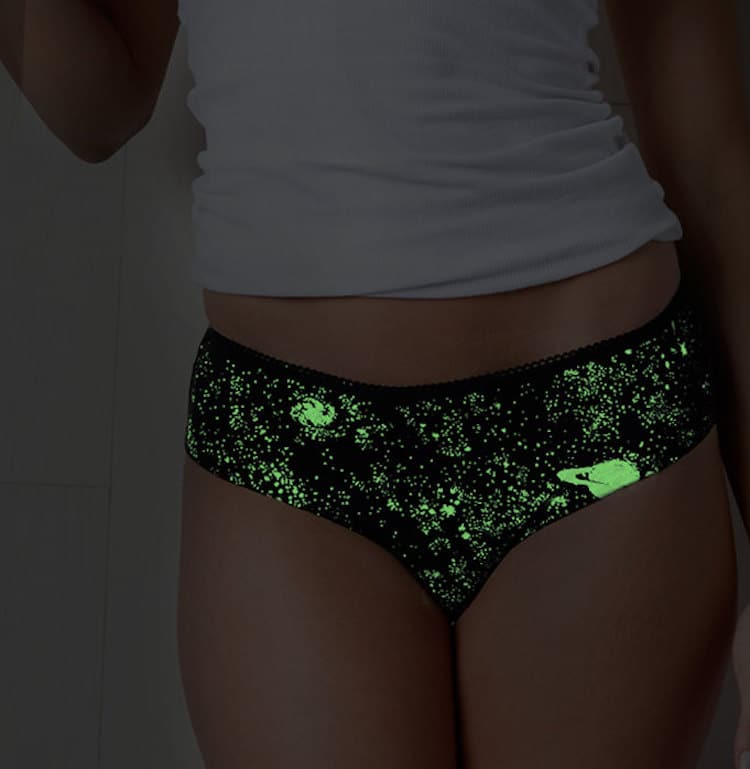 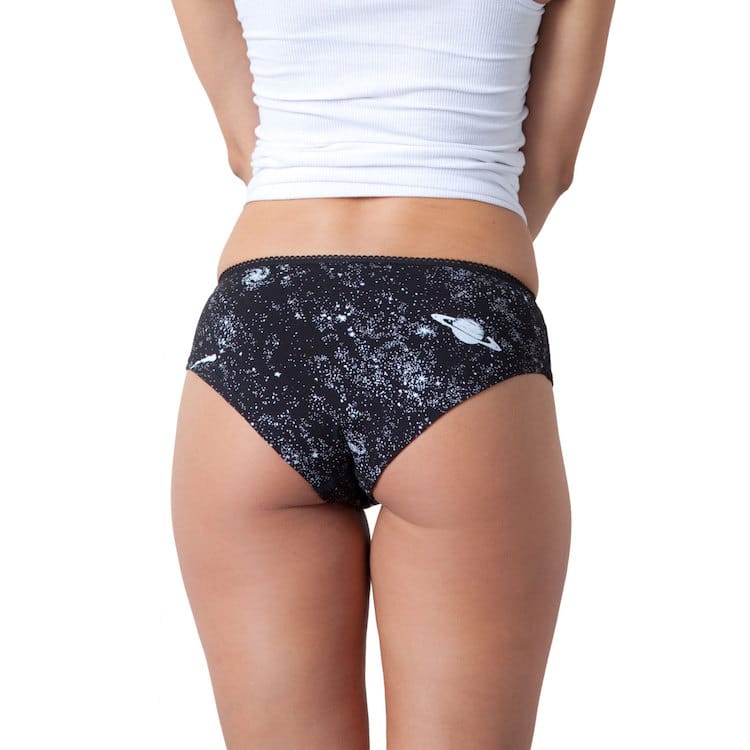 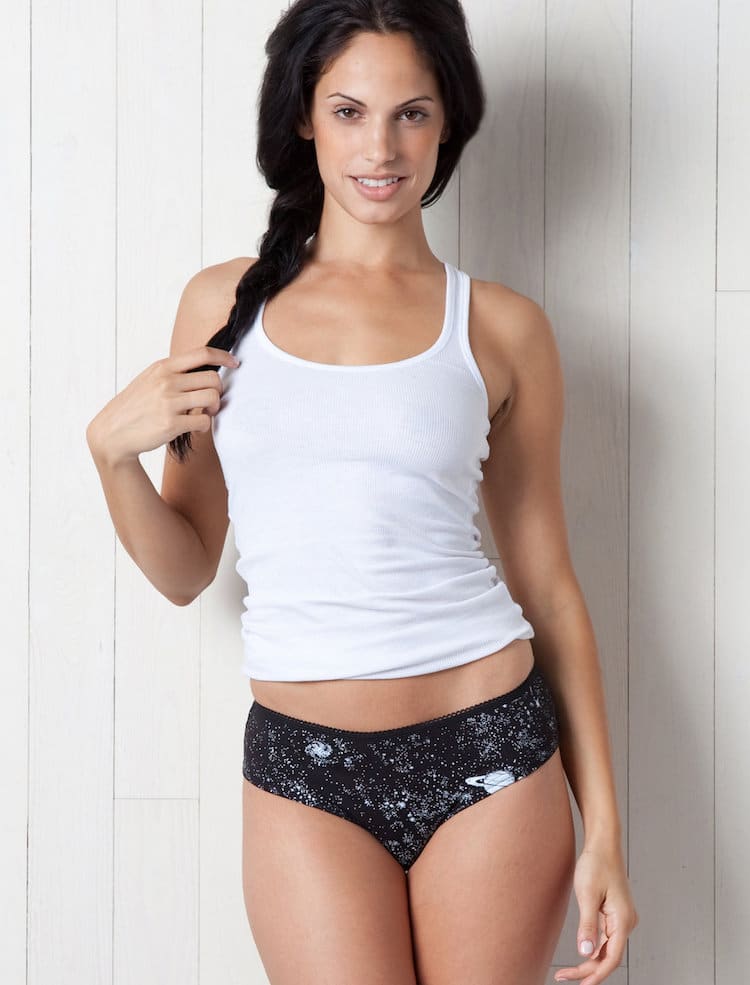 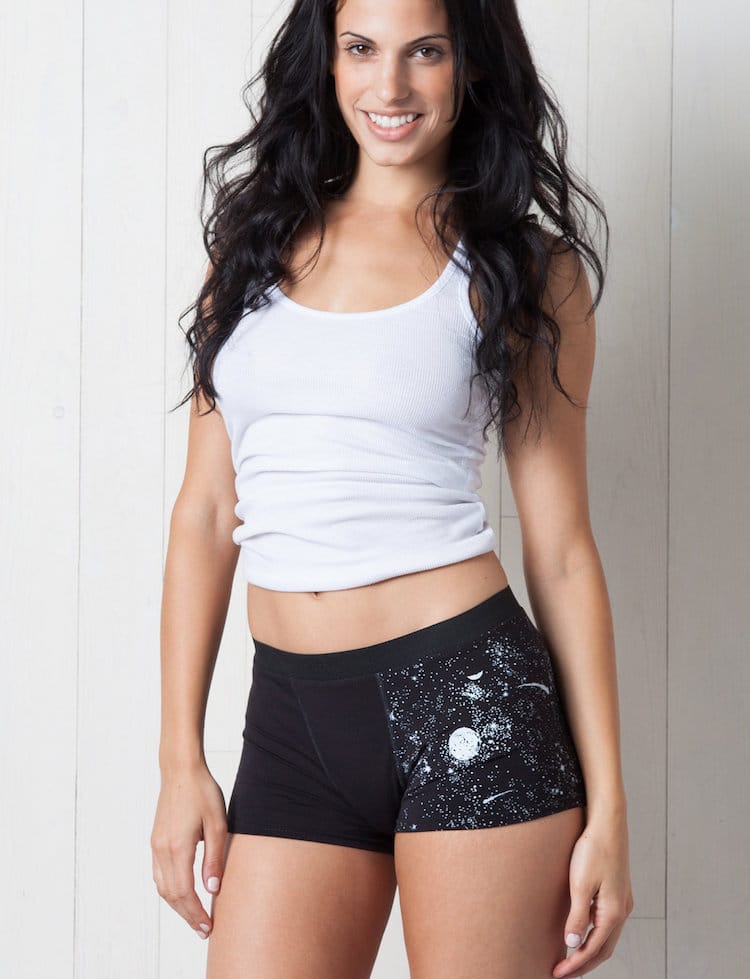 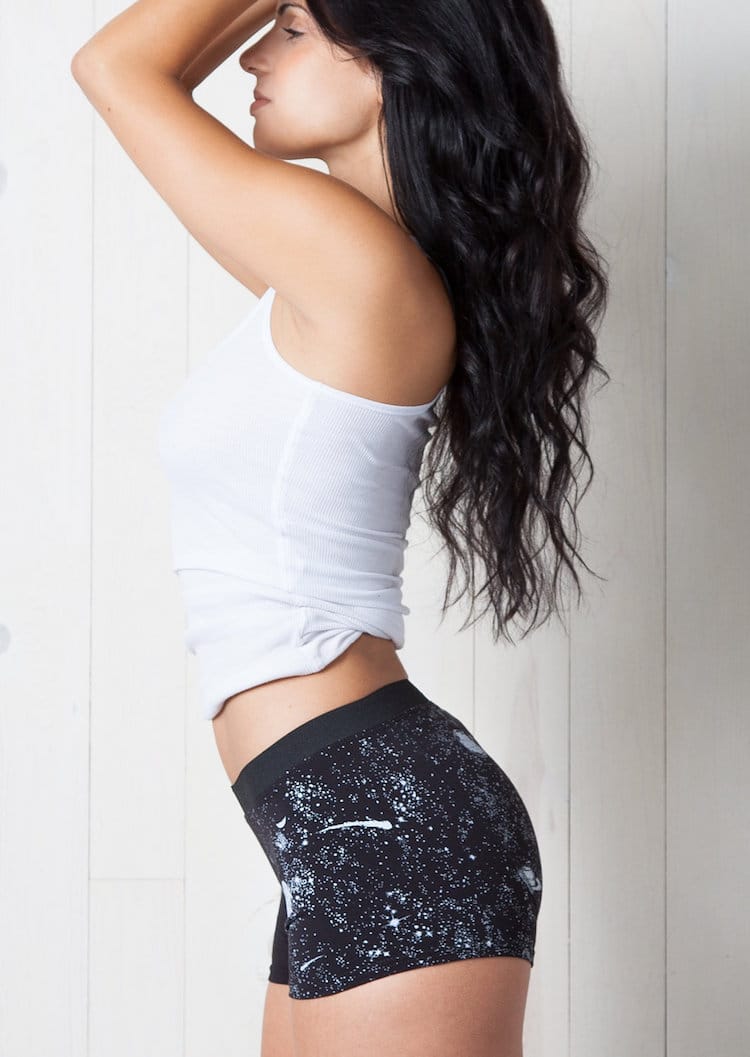 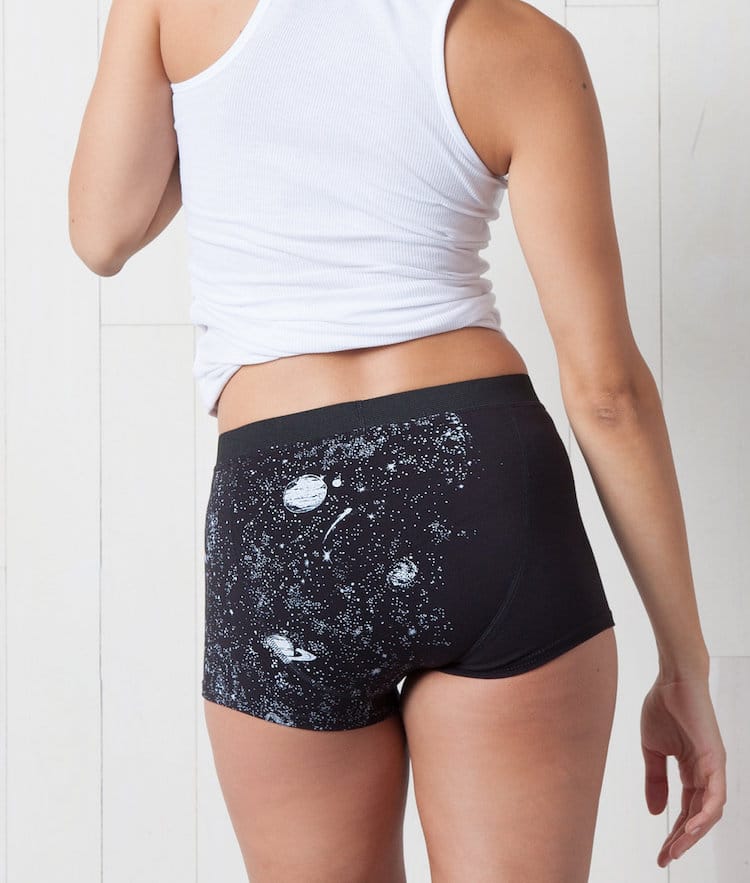 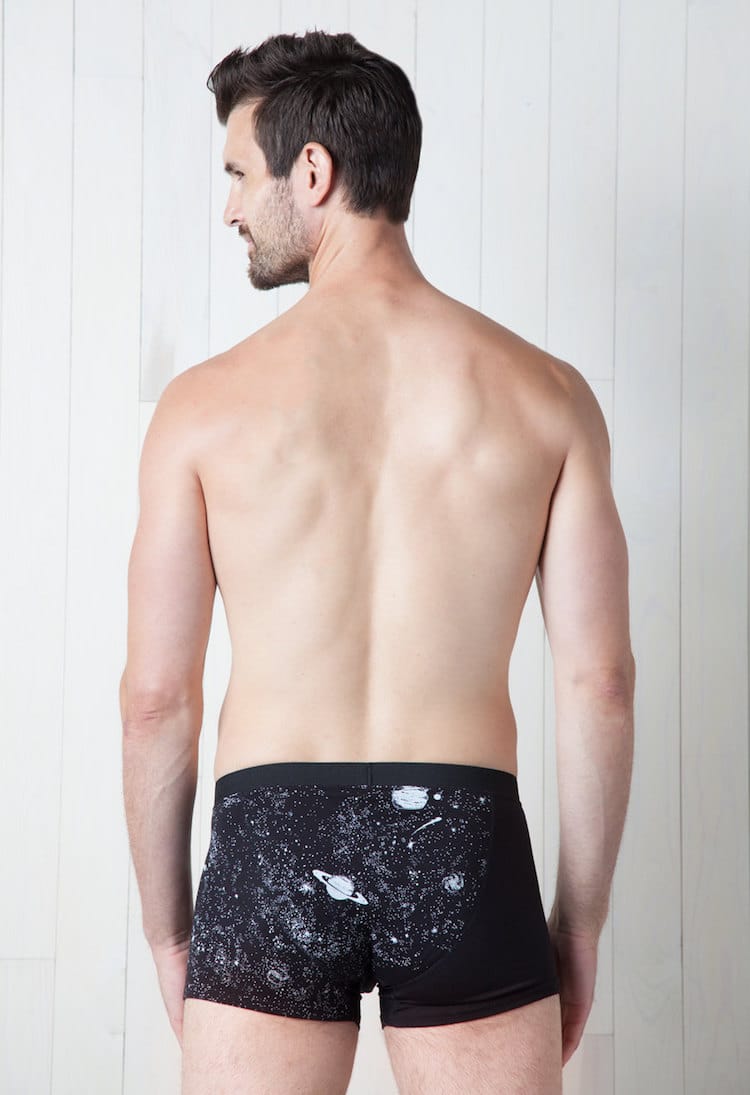 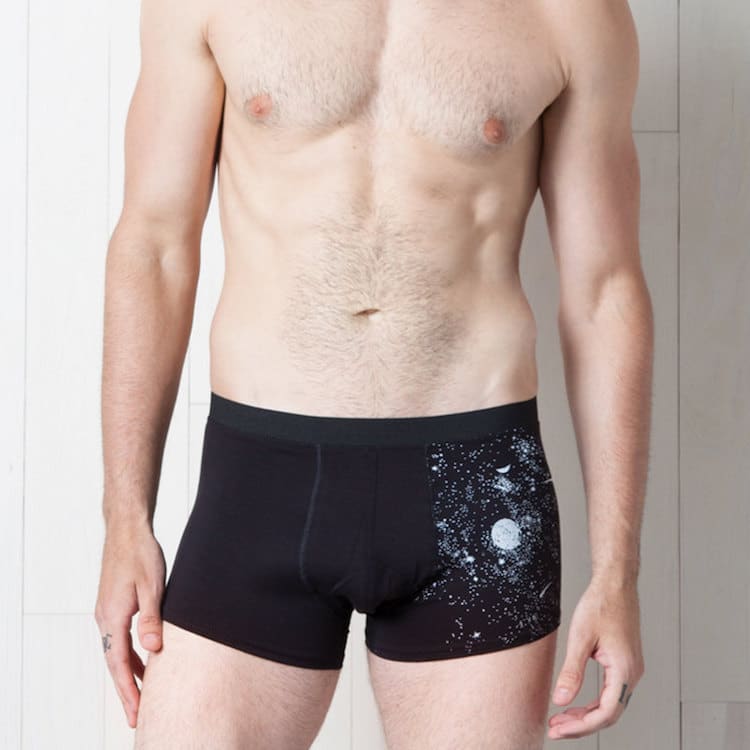 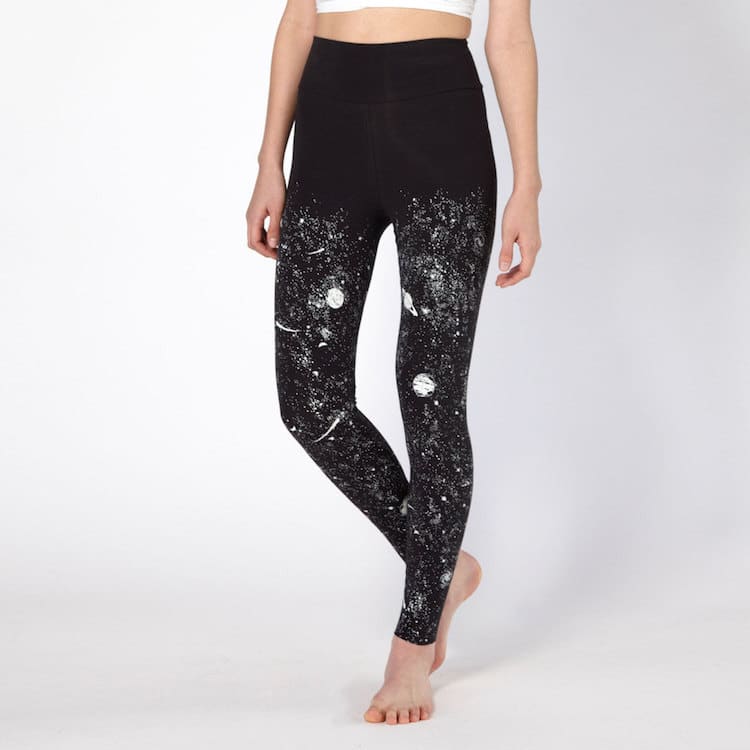 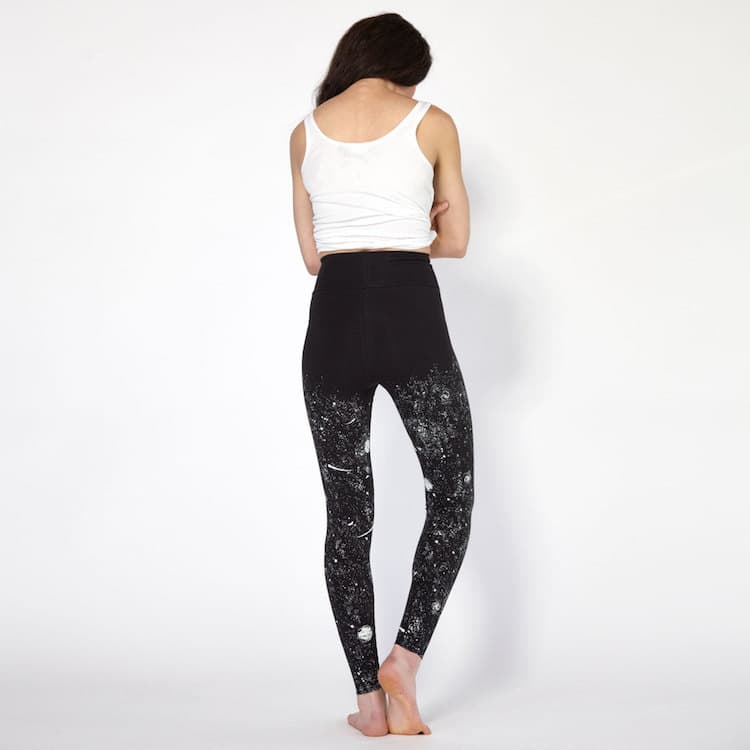 All images via Make It Good.