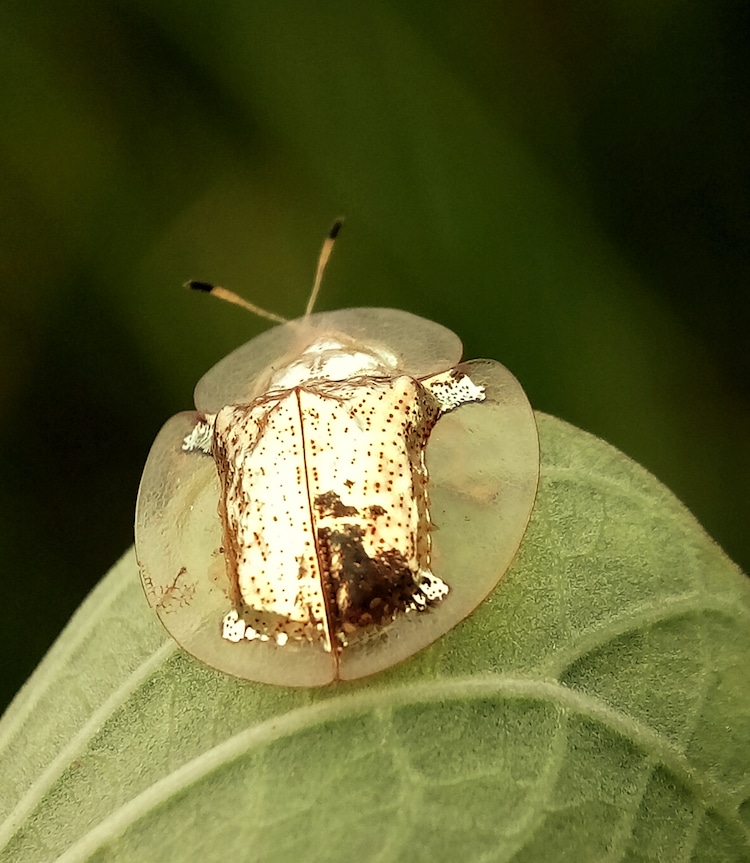 When is a tortoise not a tortoise? When it’s actually a beetle! The golden tortoise beetle, whose scientific species name is aspidimorpha sanctaecrucis, is a creature with a turtle-like shell decorated with a striking golden pattern on its protective carapace. It looks like a tiny jewel come to life.

As adorable as the beetle is sparkling, the part-golden, part-transparent carapace does more than just look pretty. It is a defense mechanism for the bug and covers its body so that it has protection against predators. The wings are also shielded underneath this hard shell. Another way in which they defend themselves is to remain inconspicuous—something that's a challenge because of their sparkly appearance. But you’ll likely find them on the backside of a plant so that they stay concealed.

This special beetle can be found in Southeastern Asia. China, Myanmar, Thailand, and Cambodia are just some of the places you might be lucky enough to spot its gold reflection against a green leaf.

The golden tortoise beetle is an insect with a dazzling pattern on its protective carapace. 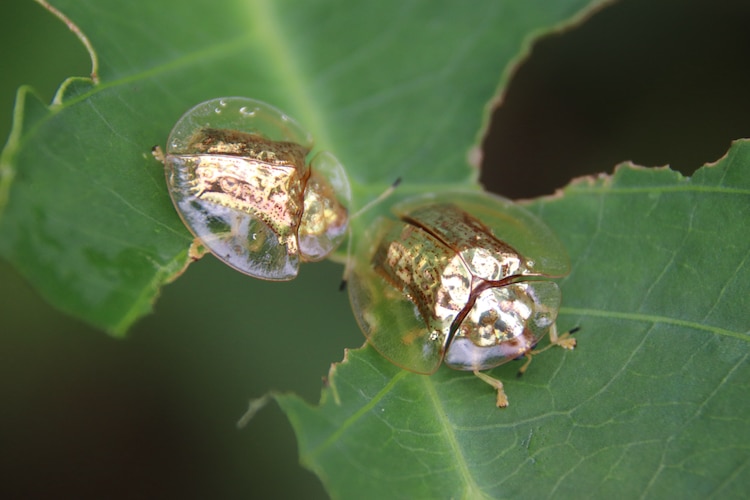 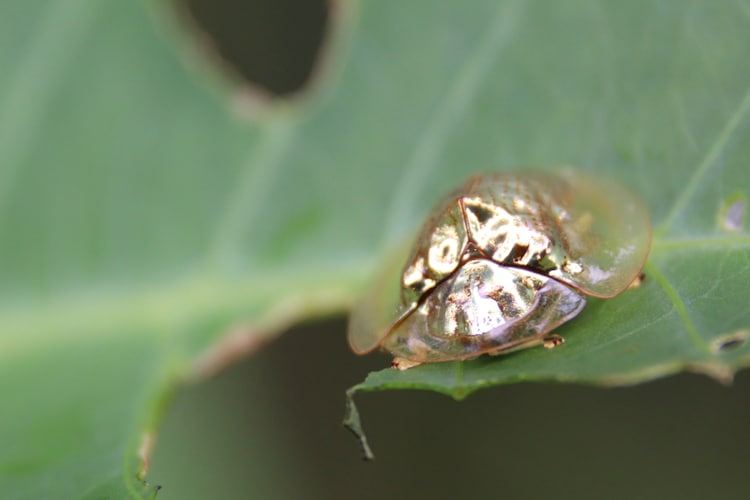 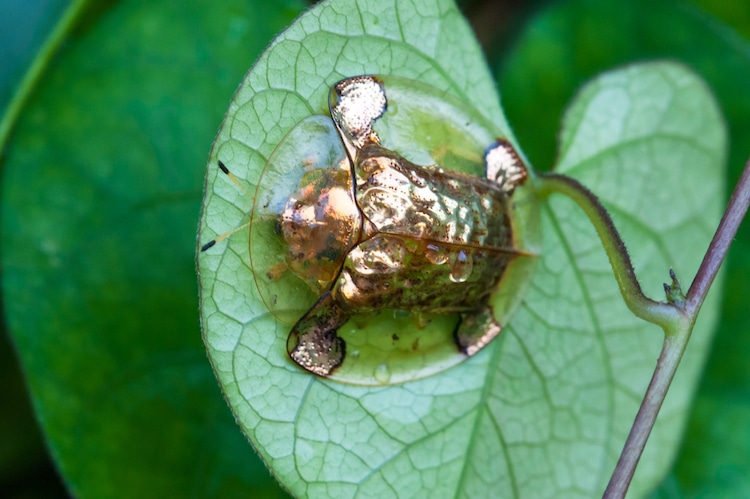 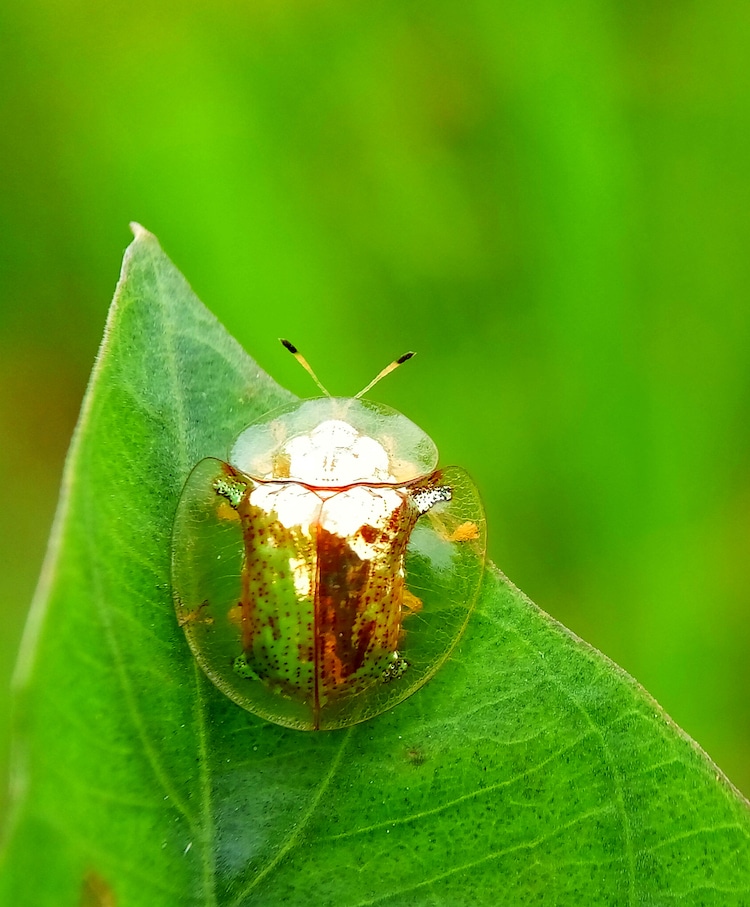 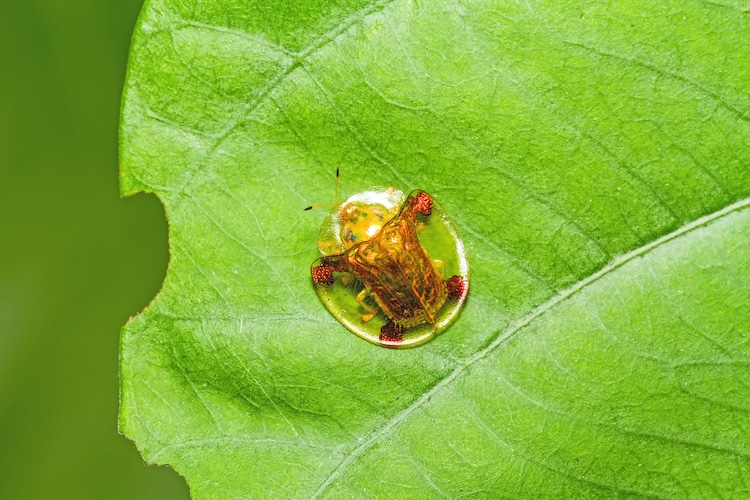 They look like tiny jewels at home on the leaves.