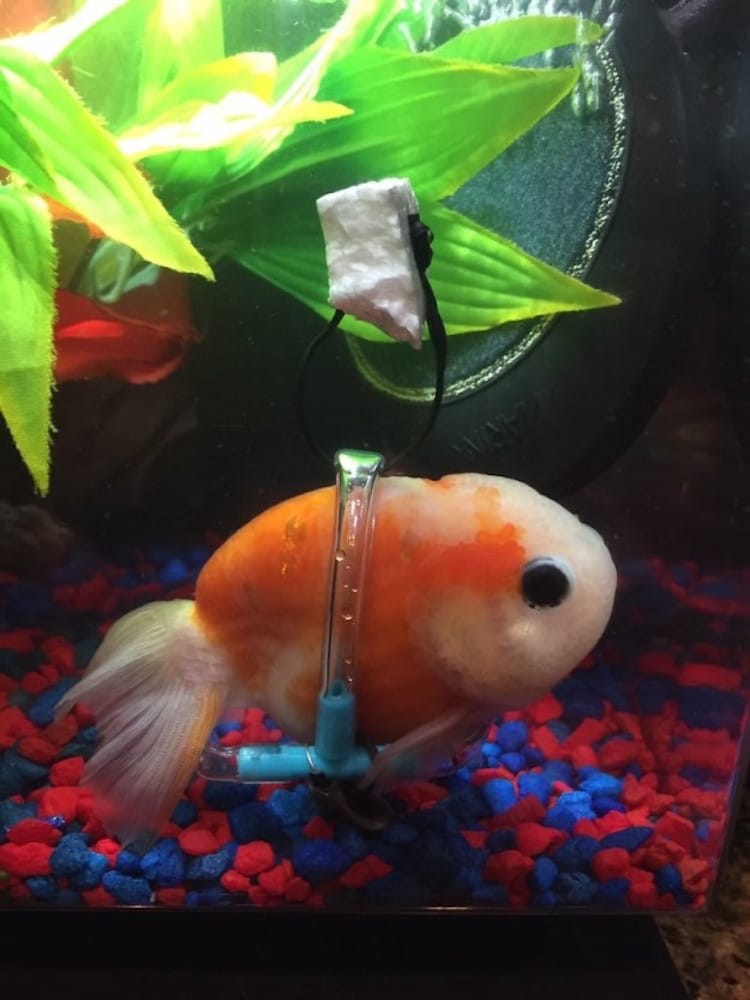 When Derek, a 20-year-old pet store employee, was presented with a customer's unwell goldfish, he made it his mission to help the little creature out.

The fish was suffering from an incurable issue with its swim bladder. The swim bladder is the organ that enables fish to control their buoyancy and stay afloat. Due to its disorder, the poor fish was unable to swim or hold itself upright, so it was often stuck lingering along the bottom of the tank. Derek, however, had an ingenious idea: he would build a tiny, goldfish wheelchair. Using nothing but a piece of aquarium tubing, some weights, extra valving, and a piece of styrofoam, he fashioned the innovative and effective aid. The tubing—which he wrapped around the fish—helped with buoyancy, the valving acted as a little seat for the fish, and, finally, the styrofoam and weights kept the little guy right-side-up.

After he engineered the underwater wheelchair, Derek showed it to his fellow animal-loving friend, Taylor. “A customer brought in a goldfish with a permanent swim bladder disorder so I made him a custom wheelchair and he loves it,” he wrote in a text message. Unsurprisingly, Taylor was amazed by Derek's compassion and creativity. She shared a screenshot of his message on Twitter, and results have been overwhelmingly positive.

People have been equally in awe of Derek's overwhelming kindness and his unconventional invention. “I’ve worked with several injured fish but him going out of his way to help this fish was just precious,” Taylor told Buzzfeed, “To people who aren’t well-practiced in the aquarium hobby, they’d never imagine to see a fish in a wheelchair!”

True, but we're glad we have!

A 20-year-old pet store employee named Derek made a tiny goldfish wheelchair to help a little finned friend who was having swimming issues due to a bladder disorder. 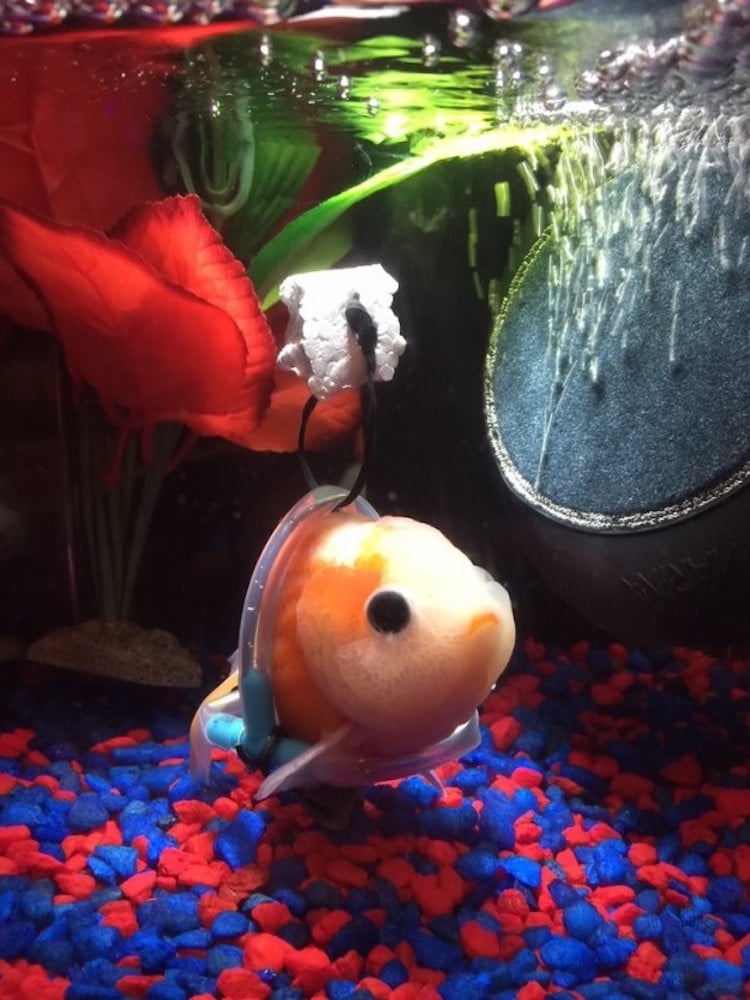 He even upgraded the flotation device by replacing the tubing  with mesh and attaching it to the styrofoam with velcro. 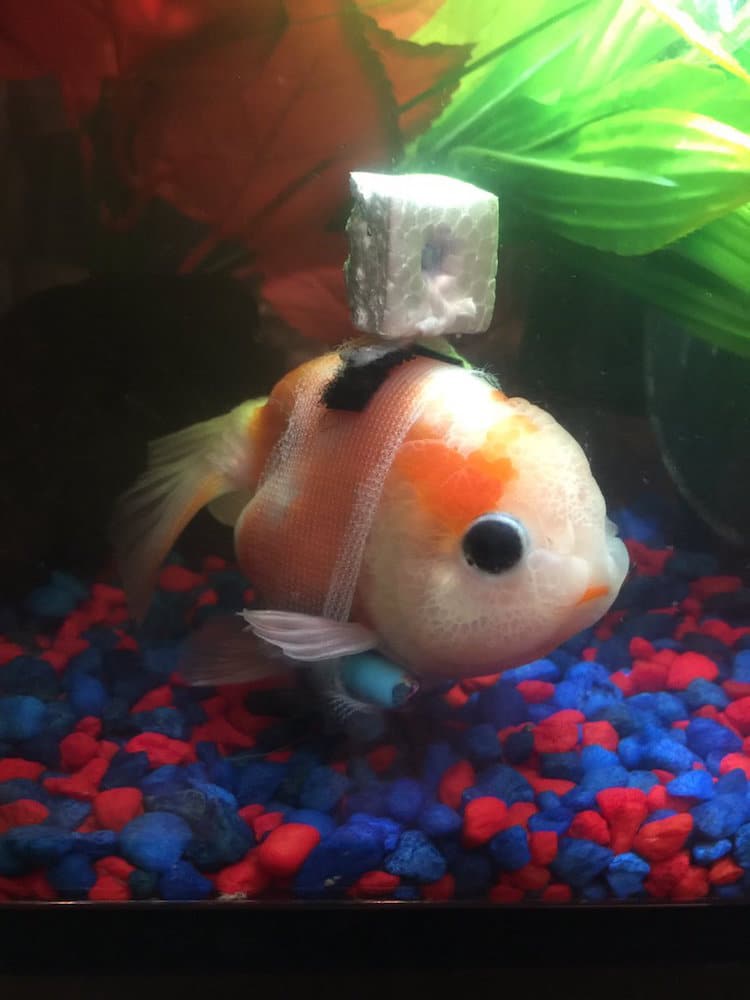 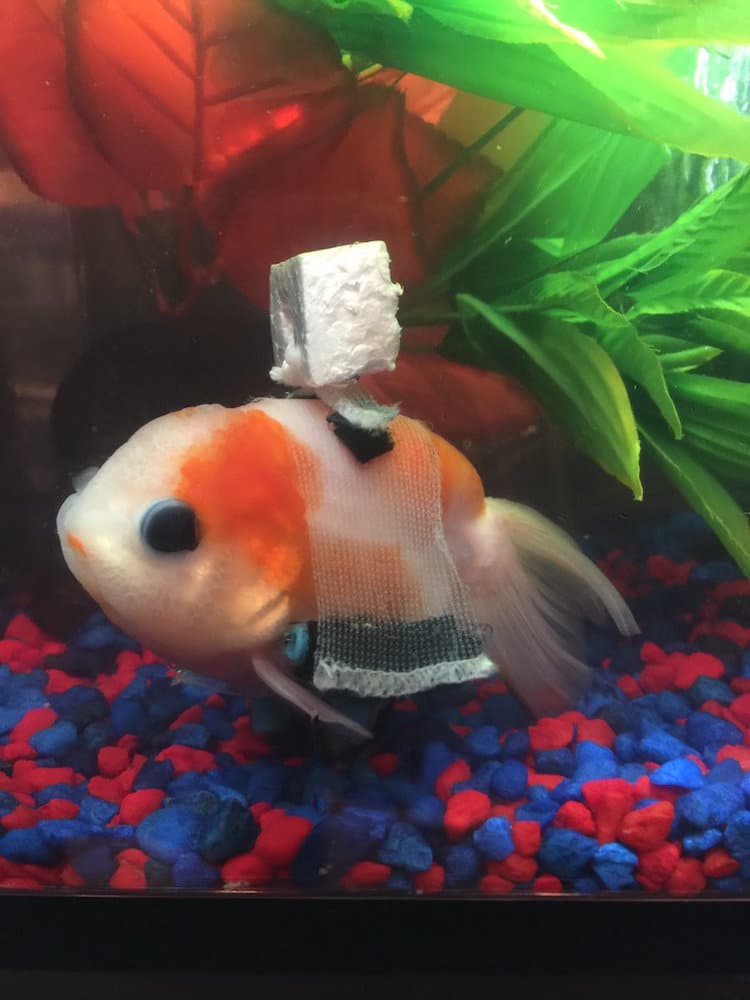 All images via Taylor Dean.