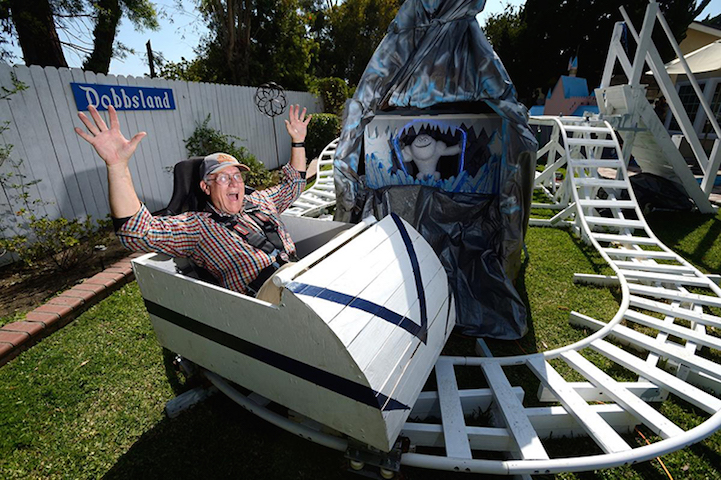 Tired of waiting in lines at amusement parks? So was Steve Dobbs of Fullerton, California. More than that, though, the loving grandfather wanted his grandchildren to have a reason to come over to his house and spend time with him. Living so close to the Happiest Place on Earth in Anaheim, he could feel the pressure building that somehow, he needed to outdo Disneyland's magical allure. Dobbs told the OC Register that “Disneyland is tough to compete with,” but he wasn't going to give up.

With his 30 years of experience as an aerospace engineer for Boeing, Dobbs began tinkering around with old Madame Alexander dolls that his wife was planning to throw out. Once he attached motors to them and affixed them inside a tunnel (whose walls were made of completed Christmas jigsaw puzzles), he noticed the dolls had a special “It's a Small World” quality about them. He built a train track for the children's electric Thomas the Tank Engine cars to ride on. Seeing his grandchildren's delighted faces, Dobbs was inspired to keep building.

Dobbsland, as he has now called the small theme park populating his backyard, has many Disney-themed rides for his grandchildren—now teenagers—to choose from. A “Finding Nemo” ride is composed of a submarine made from trash bins, which rides through an ocean of PVC pipes and large blue tarps. Sleeping Beauty's castle rises up from the center of the yard, as Elsa and Anna dolls glisten beneath icicle spotlights and the award-winning “Frozen” soundtrack sings from a portable CD player. His latest creation is the most impressive. Nine of Dobbs' senior engineering students from Cal Poly Pomona helped him design and construct a Matterhorn roller coaster that can go up to 12mph! “I like tying the engineering of Disneyland into the art and the fantasy of it,” Dobbs says. Although Dobbsland can't exactly compete with Disneyland, many birthday parties and holiday gatherings have been spent in that backyard—surely making it the Happiest Place for the Dobbs Family. 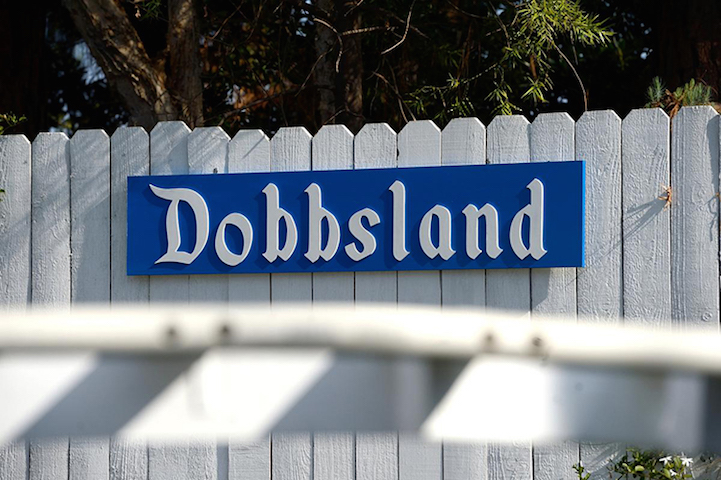 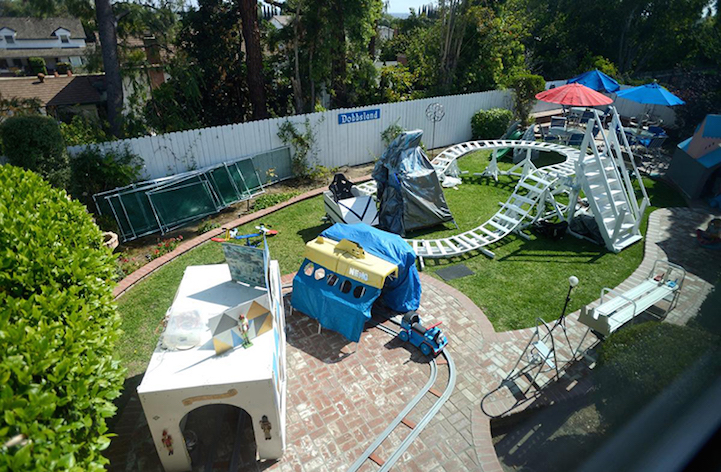 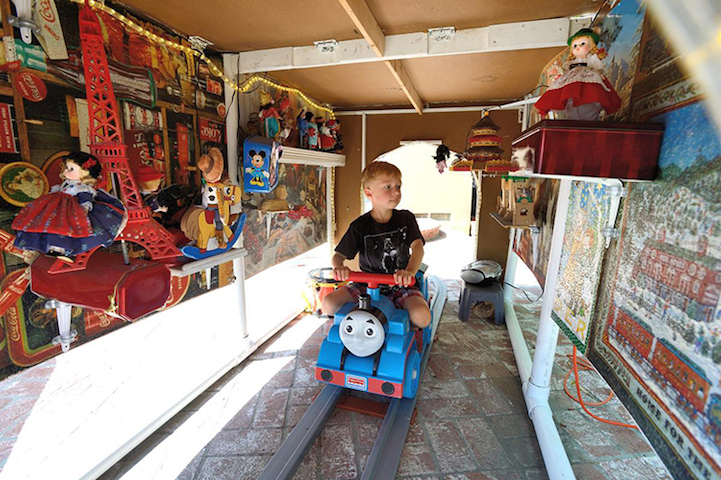 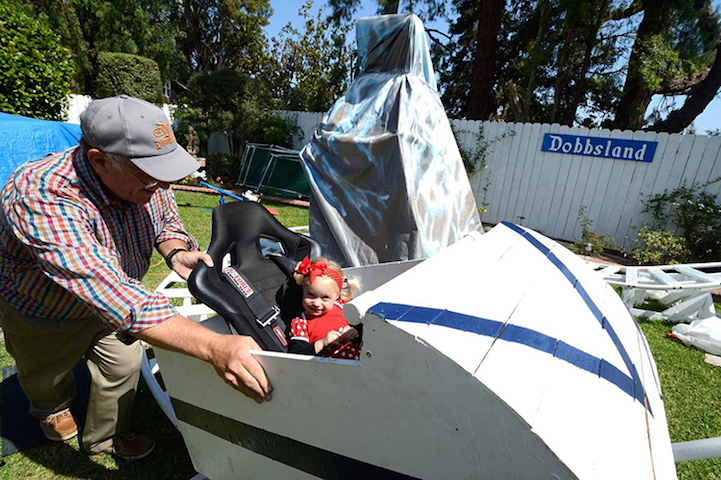 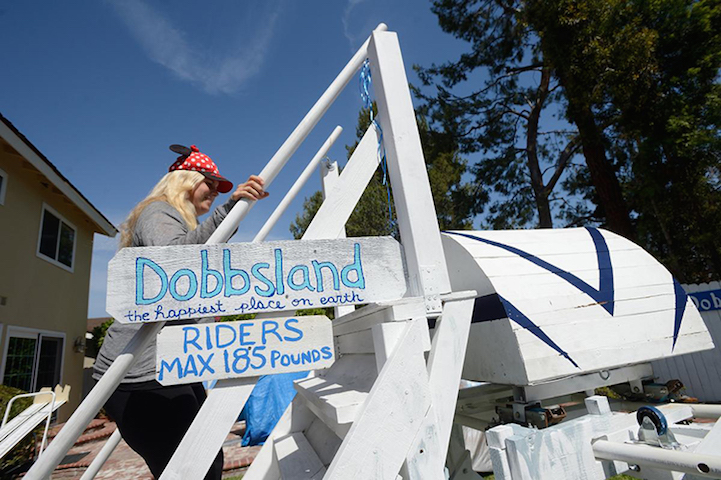 All images via Jeff Gritchen.