Landscapes Carved into Encyclopedias and Dictionaries Question the Pursuit of Knowledge 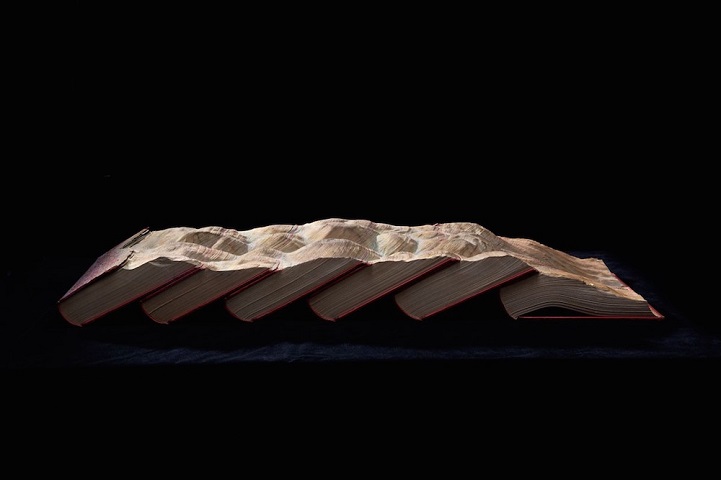 Guy Larame‘s epic book sculptures are an excursion into deeper meaning. He implores his audience to consider the erosion of culture through his excavated landscapes that are carved into hundreds of pages of re-purposed dictionaries and encyclopaedias. This theme–the emergence, shift towards obsolescence and subsequent disappearance–of culture has been Larame's artistic focal point for the past 25 years. Through his work he seeks to explore the dominance of analytical knowledge over intuitive by questioning the status quo of intensely focused progression.

The featured series of images were collected from Laramee's Desert of Unknowing project. Through his swirling cloud vortexes and carefully painted mountain tops, he attacks the current idea of intellectual progress by implying that perhaps our understanding of knowledge is an erosion rather than accumulation. That we are less evolved than we may think and the more we seek to pinpoint exact understanding of every single idea, the less we can hope to actually know. His rolling landscapes create a simultaneous sense of peace and chaos, as he presents an uncomfortable perspective on society's understanding of life. Laramee is currently represented by JHB Gallery in New York City.

“So I carve landscapes out of books and I paint romantic landscapes. Mountains of disused knowledge return to what they really are: mountains. They erode a bit more and they become hills. Then they flatten and become fields where apparently nothing is happening. Piles of obsolete encyclopaedias return to that which does not need to say anything, that which simply IS. Fogs and clouds erase everything we know, everything we think we are.” -Guy Larame 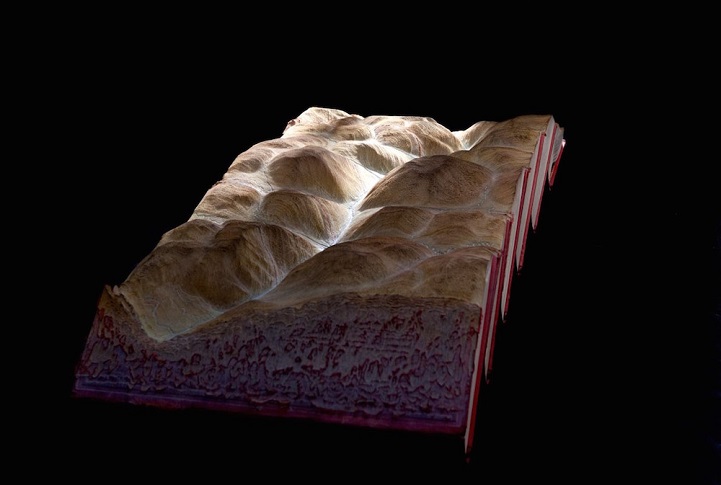 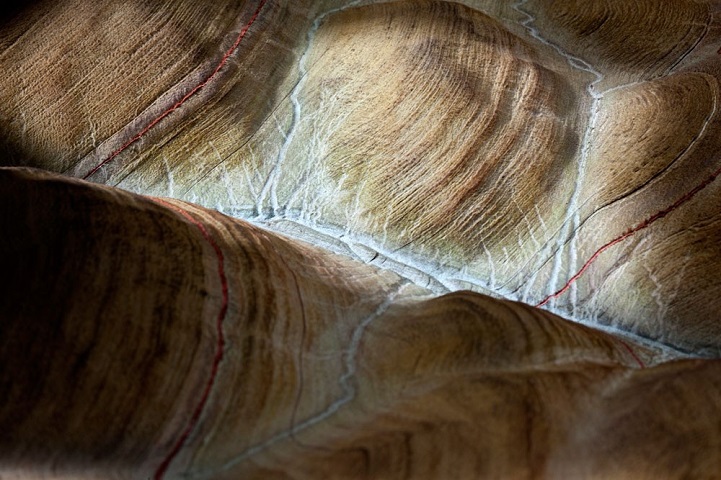 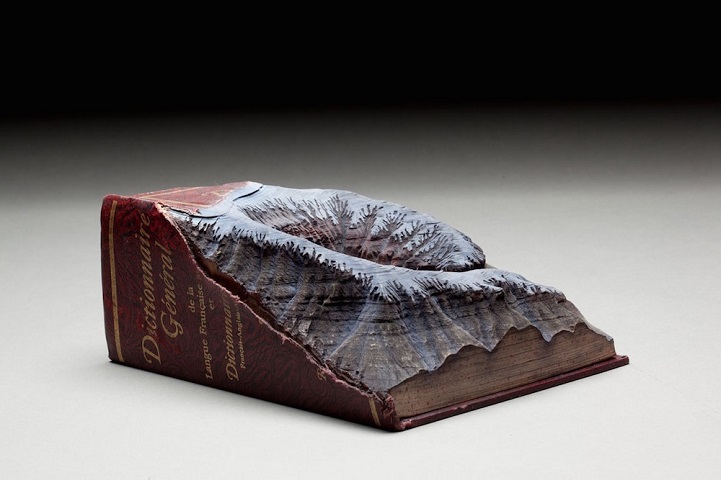 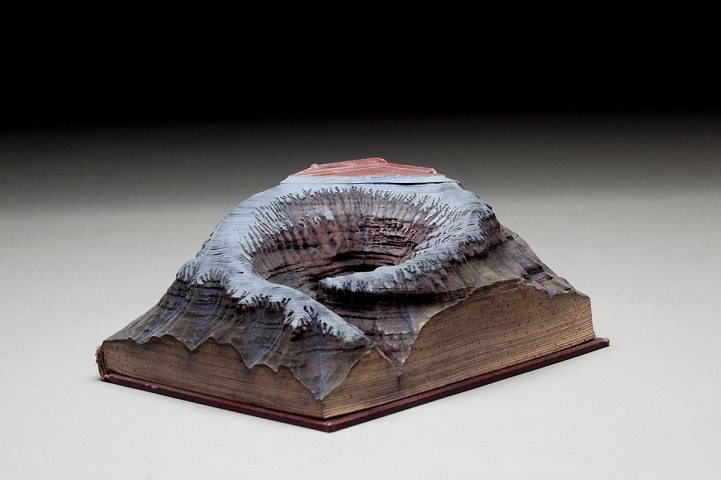 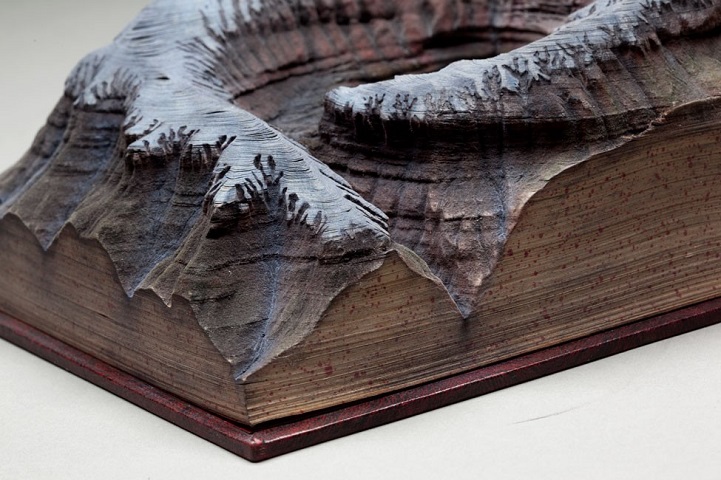 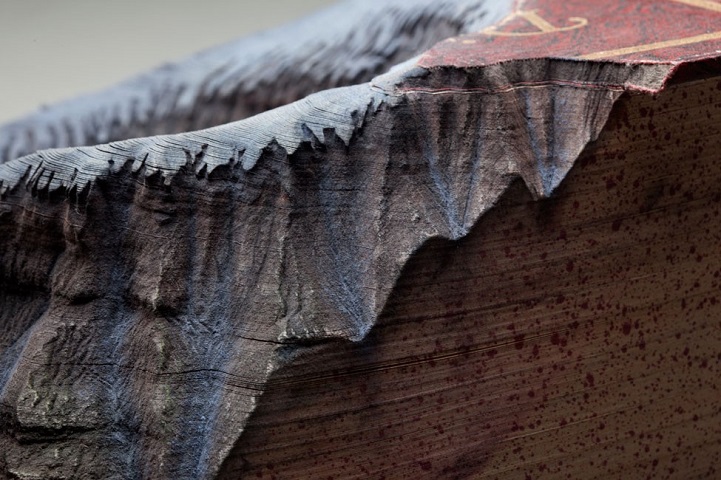 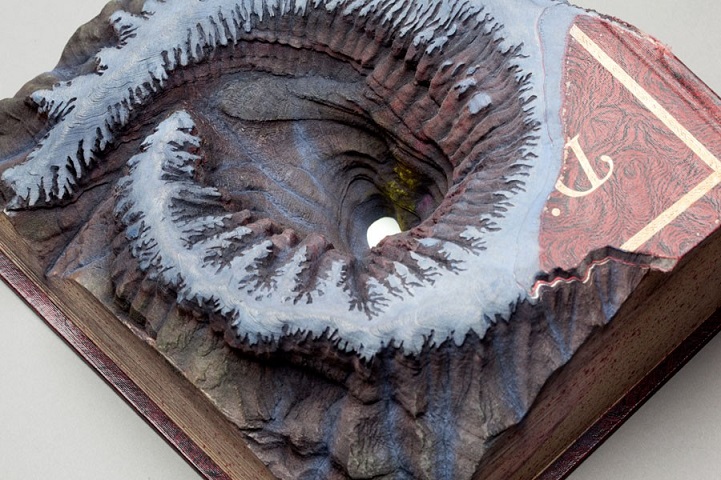 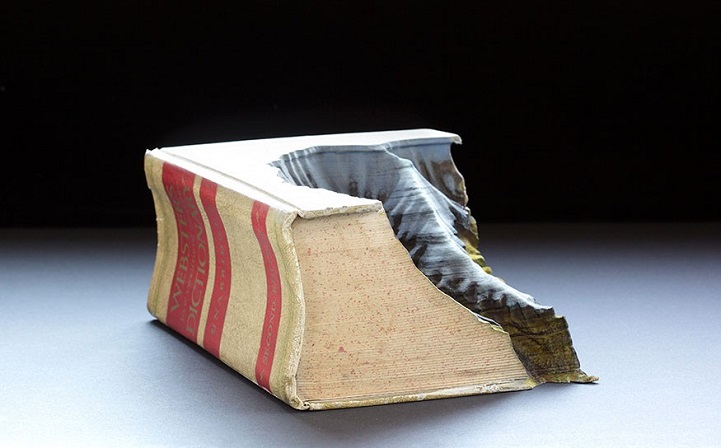 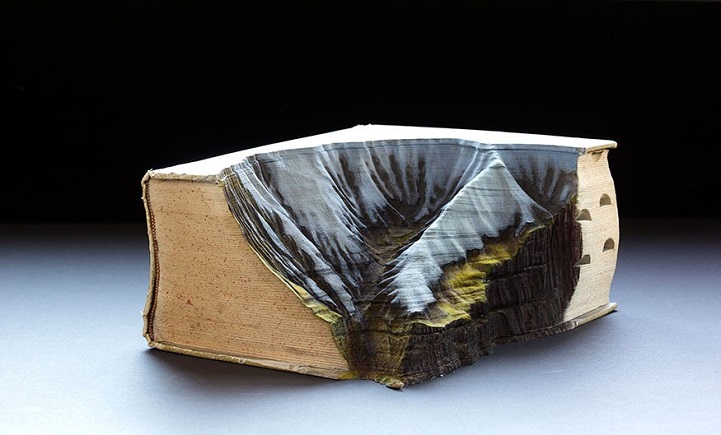 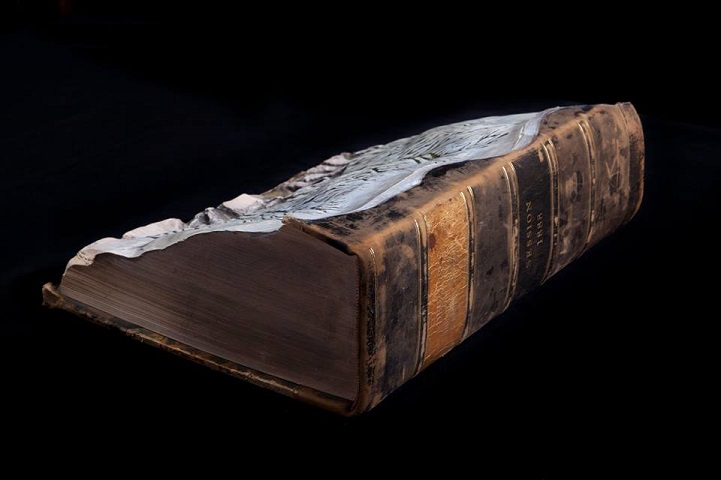 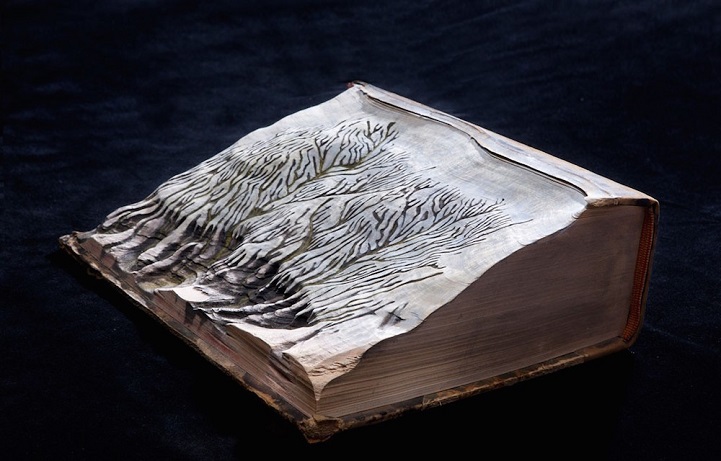 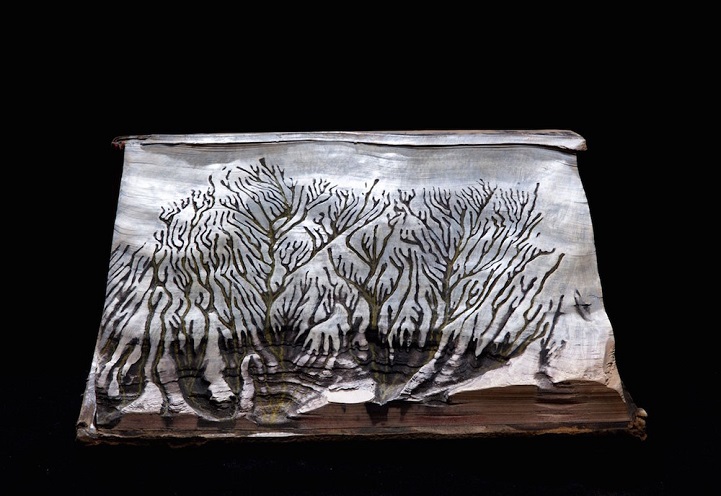 All images via Alain Lefort.