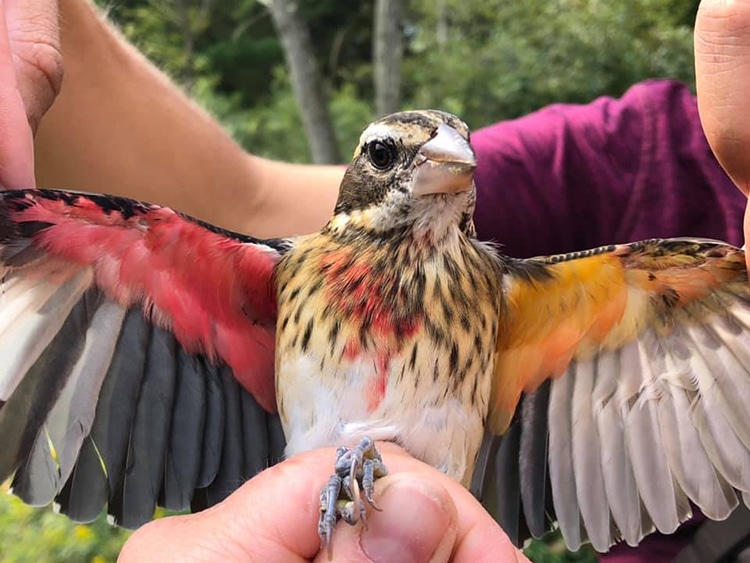 Researchers in Pennsylvania made a startling discovery while recording and tagging birds on in Powdermill Nature Reserve in late September. The team encountered, tagged, and photographed a very special rose-breasted grosbeak. Although a fairly common East Coast species of woodland bird, this particular creature is a bilateral gynandromorph—genetically part male and part female, split visibly down the middle. Based at the Carnegie Museum of Natural History, the avian researchers were thrilled to encounter this rare example of the genetic phenomenon.

Photographed by researcher Annie Lindsay, the right wing of the bird displays “wing pits” in a rosy hue, paired with a breast spot and black feathers. This appearance is characteristic of the male rose-breasted grosbeak. However, as the grosbeak is a sexually dimorphic species, the males and females present different characteristic appearances. The left side of the gynandromorph bird displays female characteristics—a yellow “wing pit” and more brown-tinted feathers. Scientists believe that the sexual differences go beyond the feathers and may extend throughout each side of the bird.

So how do gynandromorph birds occur? Scientists once believed that the condition was a result of two fertilized embryos fusing during development. However, a more modern hypothesis is that the female's egg fails to discard the male portion of its DNA. As a result, the fertilized egg can form two nuclei—one genetically male and the other genetically female. Male birds carry double chromosome pairs (ZZ), while females carry alternate chromosomes (ZW). Therefore, if an egg carries two nuclei—Z and W—the fertilization by male sperm carrying ZZ genes creates chromosomes carrying ZZ and ZW respectively.

Gynandromorph birds are perfectly natural and healthy, but scientists have wondered if reproduction is possible. As birds only have one working ovary, fertility may depend on which side of the gynandromorph bird is expressing female genes. In addition, the one-wing presentation of male feather characteristics may intimidate potential mates and aggravate other male birds. The researchers at Powdermill hope to watch their new feathery friend to learn more about this special creature. Of the many thousands of birds tagged by the center since 1962, fewer than ten have shown bilateral gynandromorph.

You can visit the Carnegie Museum of Natural History and Powdermill Nature Reserve to learn more about this gynandromorph bird. And to see some other examples of gynandromorph animals, you can check out this BBC article showing the nuances of genetic sex across species. 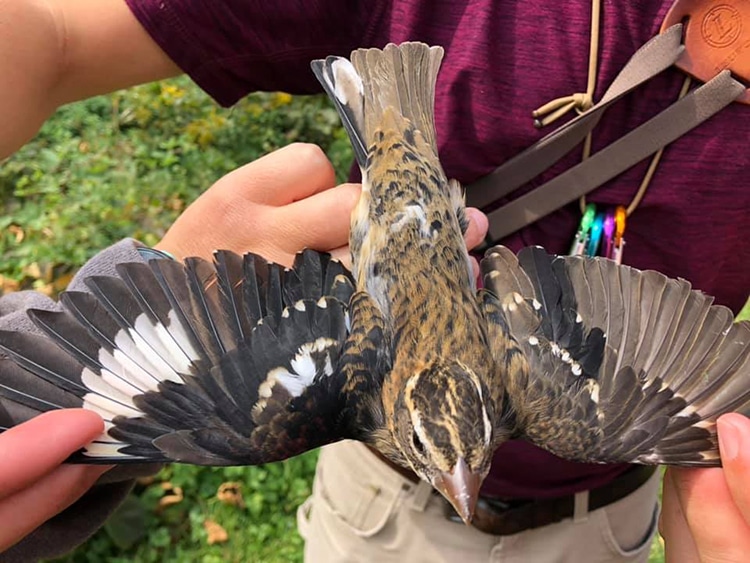 Gynandromorph birds are rare but natural; they occur through a genetic phenomenon during fertilization which results in the bird developing with both male and female chromosomes. 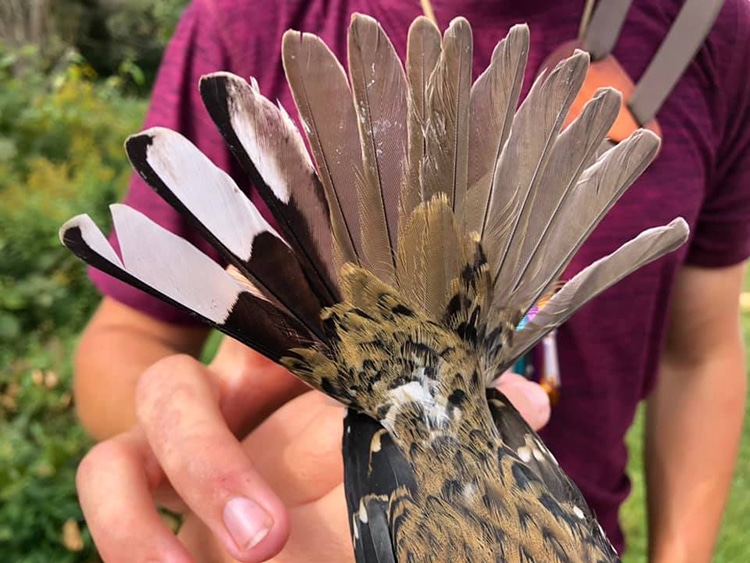