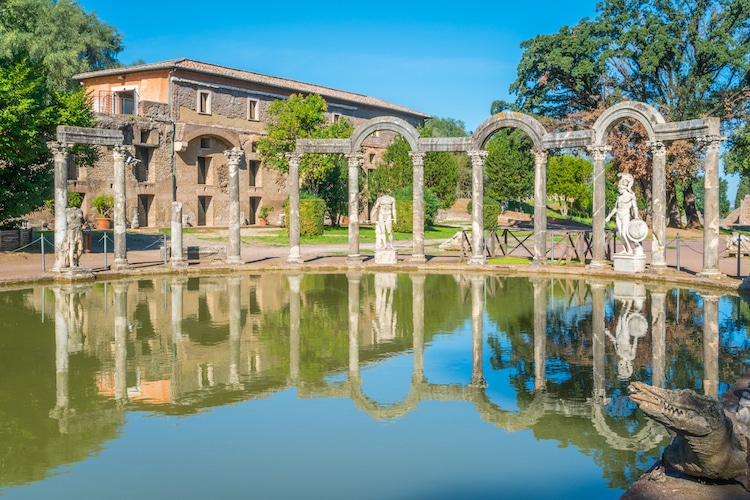 Lasting over 1,000 years, the Roman Empire left an enduring legacy on history. Their incredible innovations in engineering, architecture, and city planning survived centuries—the ruins of which can be seen across European cities. About 20 miles outside of Rome is one of the most lavish examples of Roman design: Hadrian's Villa.

Constructed for Emperor Hadrian around 120 CE, this sprawling complex was intended to be a holiday home before ultimately becoming the ruler's primary residence eight years later. The entire complex spans 250 acres—larger than the entire city of Pompeii—including over 30 buildings, pools, baths, fountains, gardens, as well as farmlands. Furthermore, the interiors were decorated with elaborate mosaics and an array of classical sculptures celebrating Greek and Roman styles. The lavishness of this palatial site signified the grandeur of the Roman Empire during Hadrian's reign and its connection to different Mediterranean cultures.

Here, we will learn more about Hadrian's Villa and what makes it such an incredible site.

What is Hadrian's Villa? 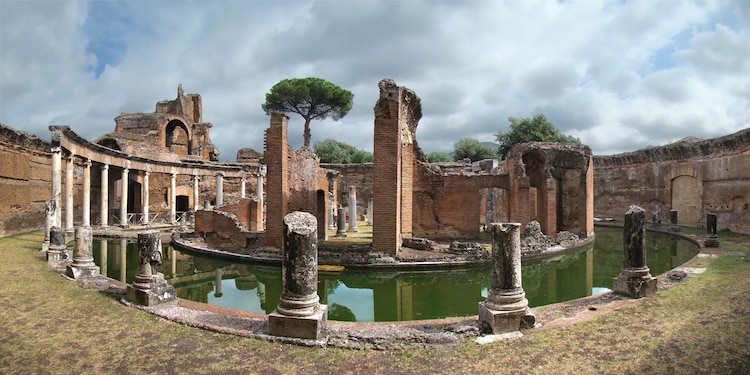 Hadrian's Villa is a 250-acre complex in modern-day Tivoli (approximately 20 miles outside of Rome) that served as a holiday home and primary residence of Emperor Hadrian (76–138 CE). When it was intact, it included over 30 buildings, landscape features like pools, baths, and fountains as well as a collection of mosaics and sculptures inspired by Greek and Roman styles. 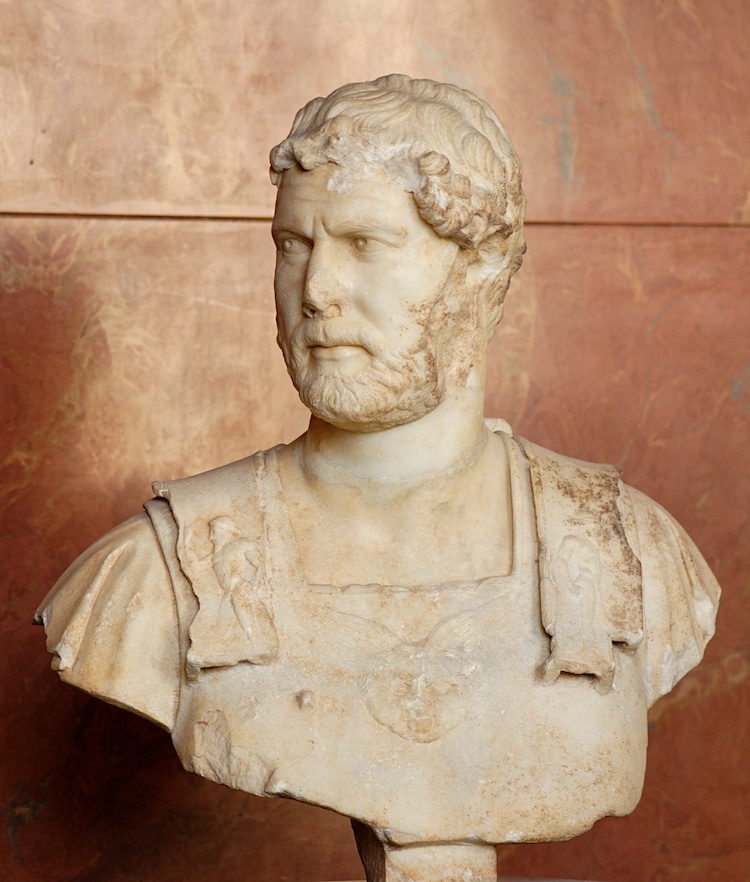 When Hadrian came to power in 117 CE, he inherited a powerful and wealthy empire from Trajan, granting him a fortuitous start to his reign. Instead of pursuing further expansion as the senate wanted him to do, Hadrian spent his efforts on investing in the already large, complicated empire of, by this point, many diverse peoples.

Unlike many of his predecessors, Hadrian spent the majority of his time outside of Rome and harbored a strong passion for Greek and Roman architecture. He oversaw the construction of the eponymous Hadrian's Wall, which marked the northern limit of Rome's border in Britannia. Additionally, he started the rebuilding of the Pantheon after it was burned down. 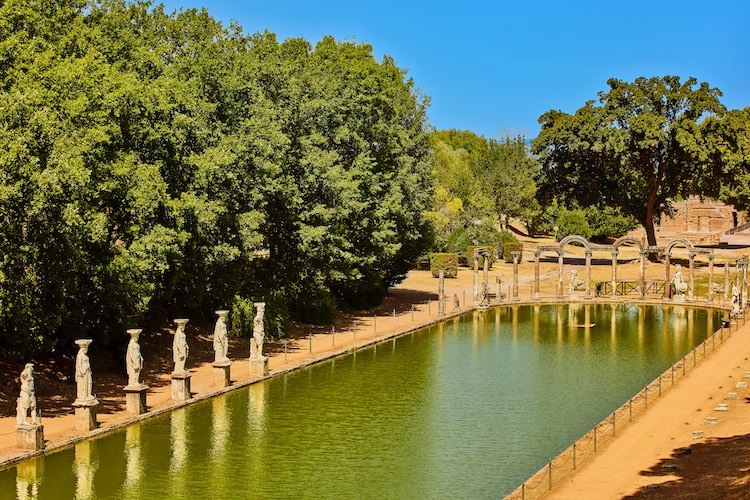 The Canopus at Hadrian’s Villa in Tivoli, Italy (Photo: STYLEPICS/DepositPhotos)

Around 120 CE, Hadrian's Villa was completed in Tibur (modern-day Tivoli), and the emperor began to spend a portion of his time at his country estate. The palace was erected on land near the property of his wife's family, and it is speculated the area may have even belonged to them.

Eight years later, Hadrian repurposed the retreat as his official residence and invited the entire court to live on-site with him. Officially, the government was still located in Rome, so all correspondence had to be delivered via the postal service. Grand in scale and decor, the villa represents Hadrian's vision of the Roman Empire: as a place where Mediterranean cultures mix. 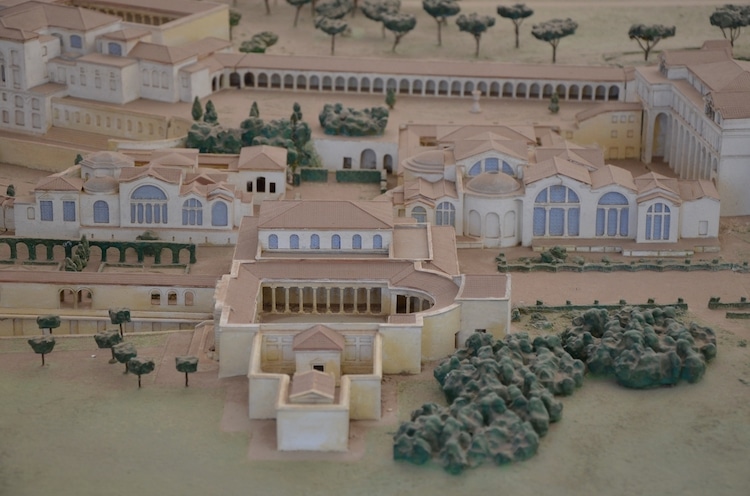 Hadrian's Villa included over 30 buildings, many of which are still unexcavated. All of the villas tended to be placed in areas with scenic views, like on top of hills. Various styles were reflected in these villas, including Egyptian, Greek, and, of course, Roman.

Other structures of importance were the Canopus—which was a large pool surrounded by sculptures and caryatids—and the Maritime Theater—which was an island located within a ring-shaped pool inside a portico. The latter was extremely large and encompassed a library, heated baths, an art gallery, and more inside the island. It would have been reached via bridge during ancient times. 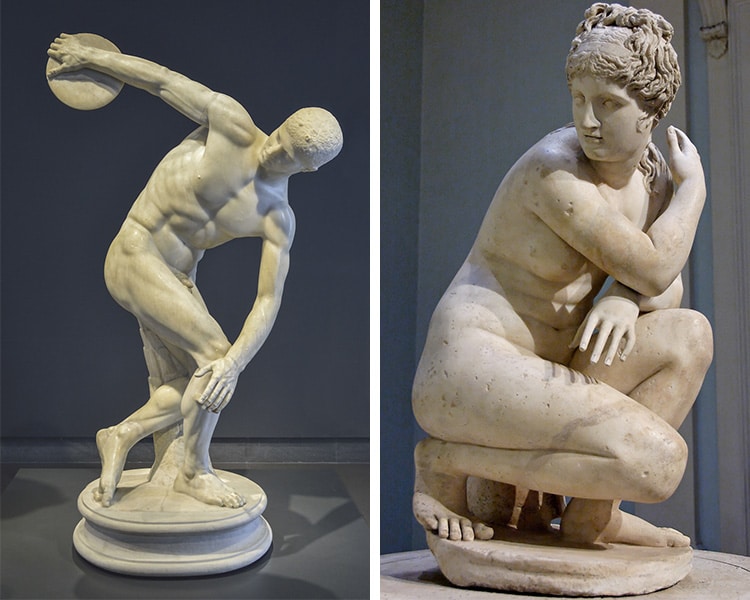 Hadrian was an appreciator of art as well as architecture and filled his villa with numerous treasures. Some of the most significant surviving pieces from this ancient site is a large-scale mosaic entitled Battle of Centaurs and Wild Beasts, which was originally displayed in the dining room. It depicts a dynamic struggle between a male centaur and several large felines.

Additionally, the villa contained Roman copies of prestigious Greek sculptures. Among those that were found were a Discobolus—which features an athletic young man in the midst of throwing a discus—and a Crouching Venus—which portrays the goddess trying to cover her naked body. 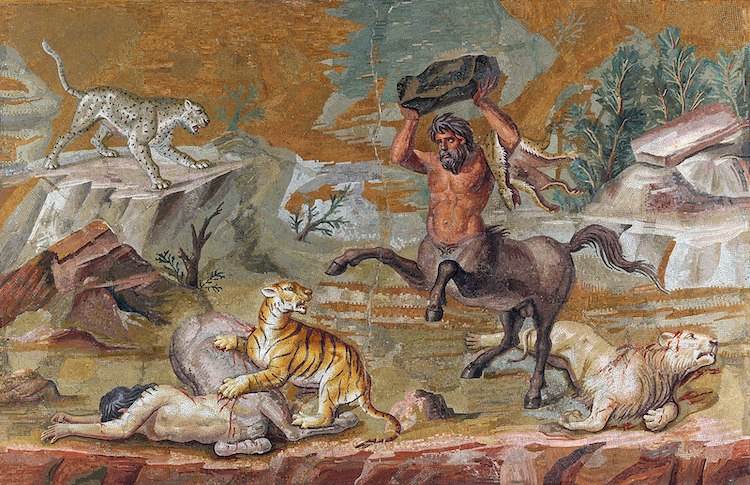 “Battle of Centaurs and Wild Beasts” mosaic made for the dining room of Hadrian’s Villa, 120–130 CE (Photo: Jastrow via Wikimedia Commons, Public domain)

What happened to Hadrian's Villa? 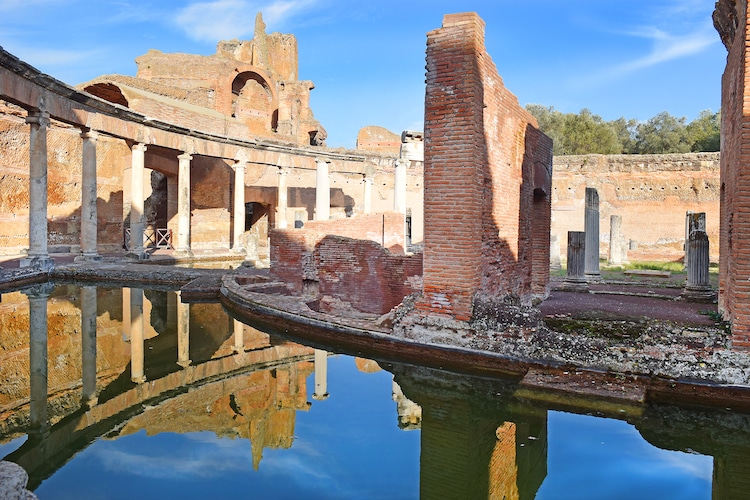 After Hadrian's death, the villa continued to be occupied by his successors and other royals for hundreds of years. Eventually, when the Roman Empire began to decline in the 300s, the site fell into disrepair. Many of its precious materials were removed. Later in the 550s, the complex was damaged even further by the Gothic War.