Parents Design a Magical Harry Potter-Themed Nursery for Their Baby 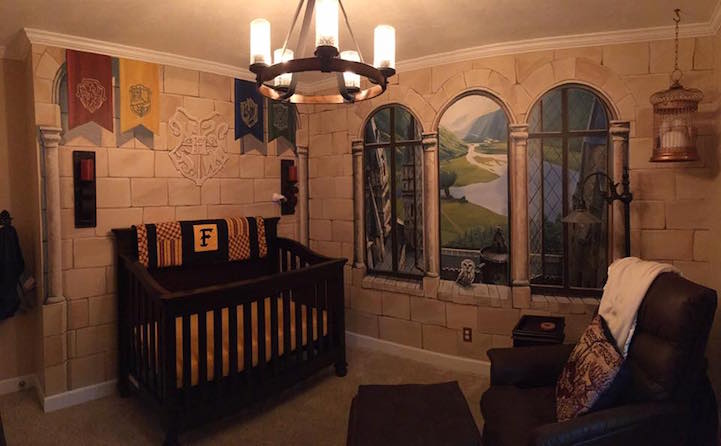 Unlike Harry Potter and Hermione Granger, 7-month-old Finley Daniel doesn't have to wait until he's 11 to go to Hogwarts School of Witchcraft & Wizardry. His parents, Casey and Kaycee Daniel, have just finished a three-month-long makeover of their nursery to look as magical as the set design of the beloved Harry Potter movies. The baby's father, a big fan of the series, approached his wife with the idea for a Harry Potter-themed design when she was first pregnant. “At first, I wasn't sure, to be honest, but after him showing me some ideas, I came around to the idea,” Kaycee tells Buzzfeed.

To persuade Kaycee further, a family-friend and 3D artist named Nate Baranowski agreed to paint a wall-sized mural in the nursery. He painted an illusive stone wall with a depiction of a window, which looks out over the castle, past the Whomping Willow, and onto the lake where Harry Potter took Buckbeak the Hippogriff for a joyride. Along with the mural, which took him five days to complete, Baranowski also contributed smaller portraits of Harry Potter characters—Dobby the House Elf and Albus Dumbledore—as well as scenes from the books, that hang on the wall near the baby's changing table.

Kaycee posted her photos of the nursery on the public Facebook page and Harry Potter fan forum, Room of Requirement, and wrote: “Our Harry Potter Nursery is finally complete after several months of planning! I absolutely love the way everything turned out! As I sit here rocking our little man to sleep it's like I am in Hogwarts!” According to the pictures, all four flags of the Hogwarts Houses are represented in the nursery, which means Baby Finley may have to wait a year or two for the Sorting Hat to make its final choice. 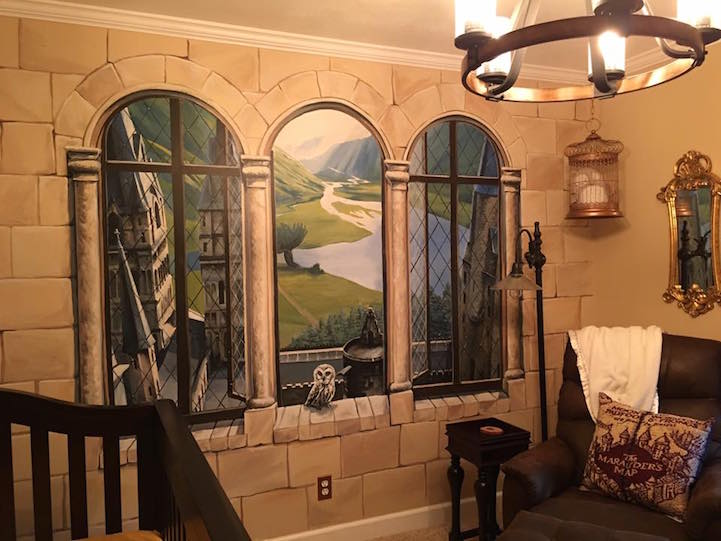 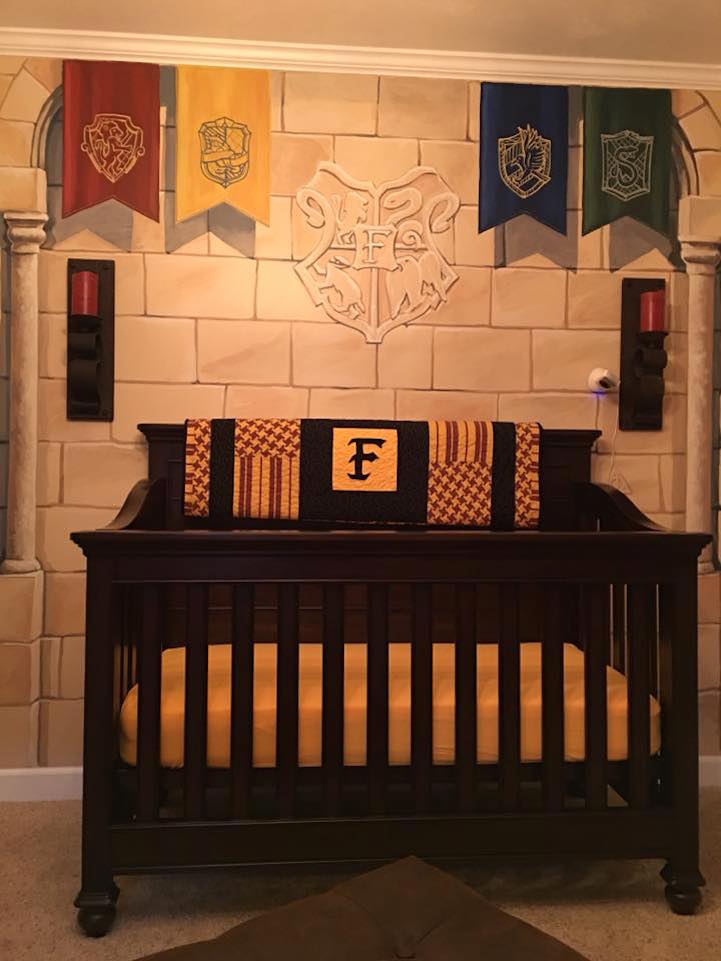 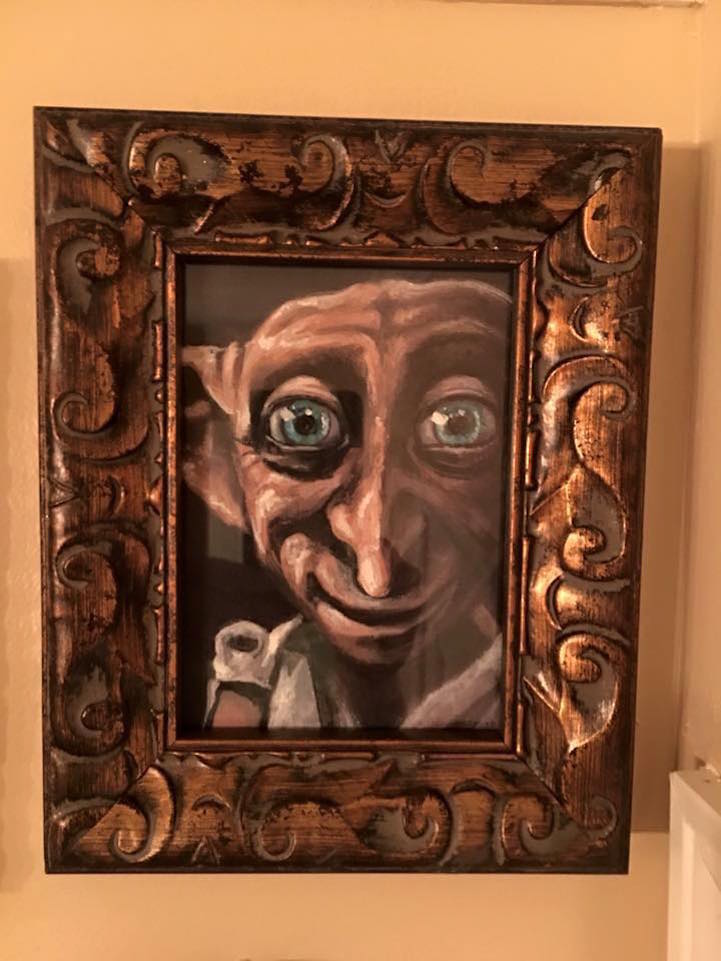 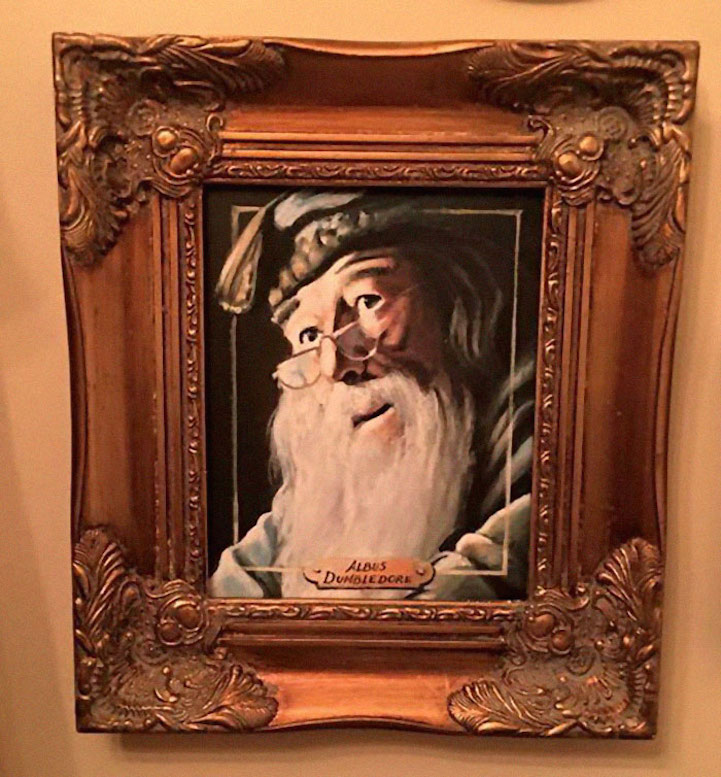 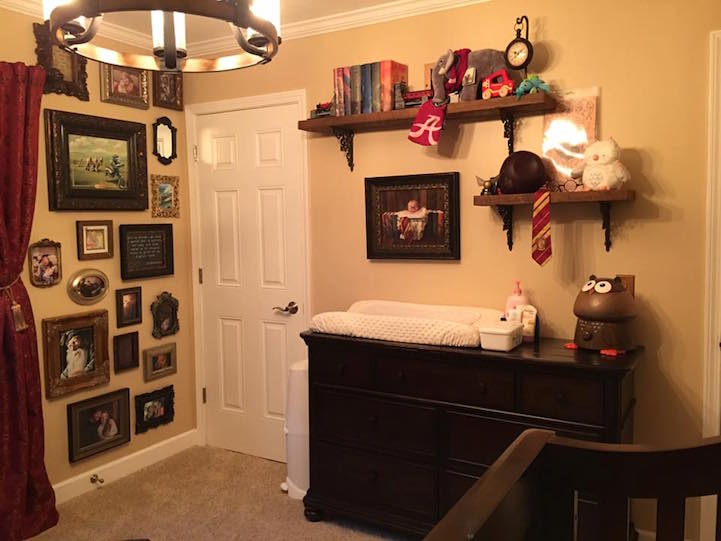 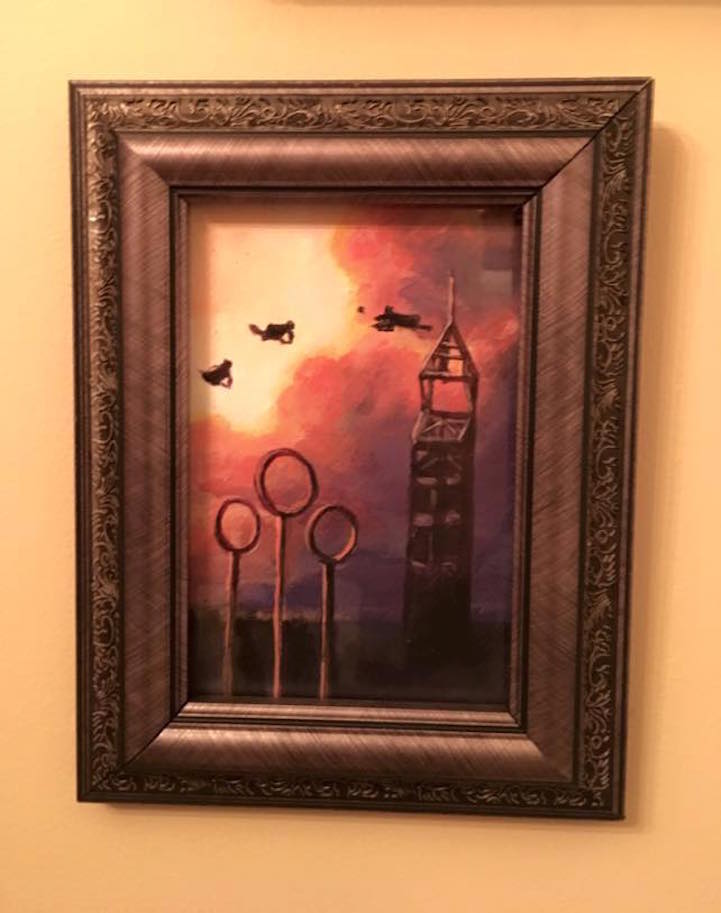 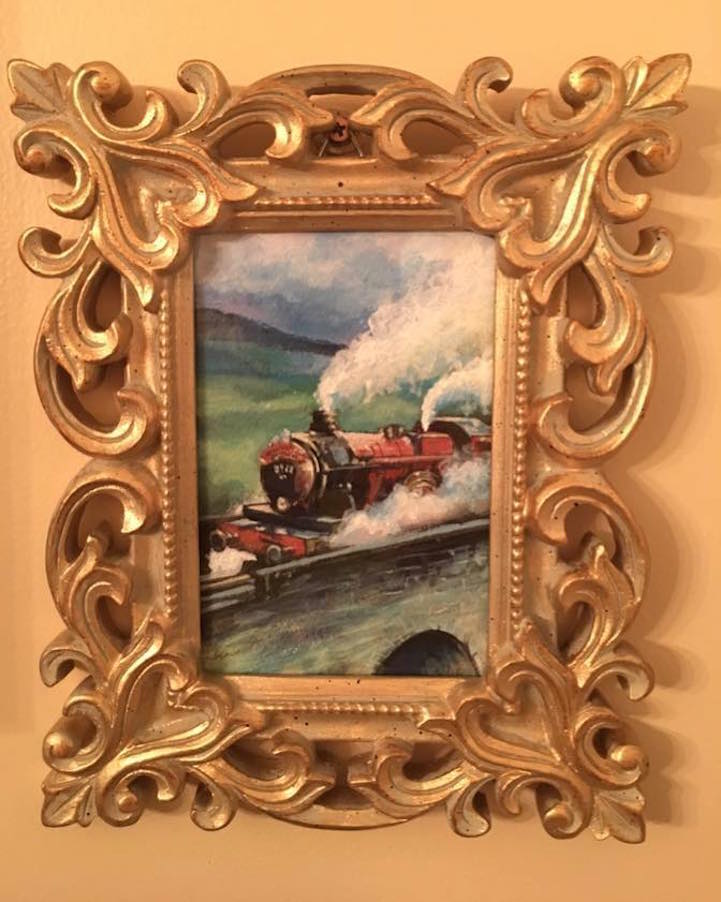 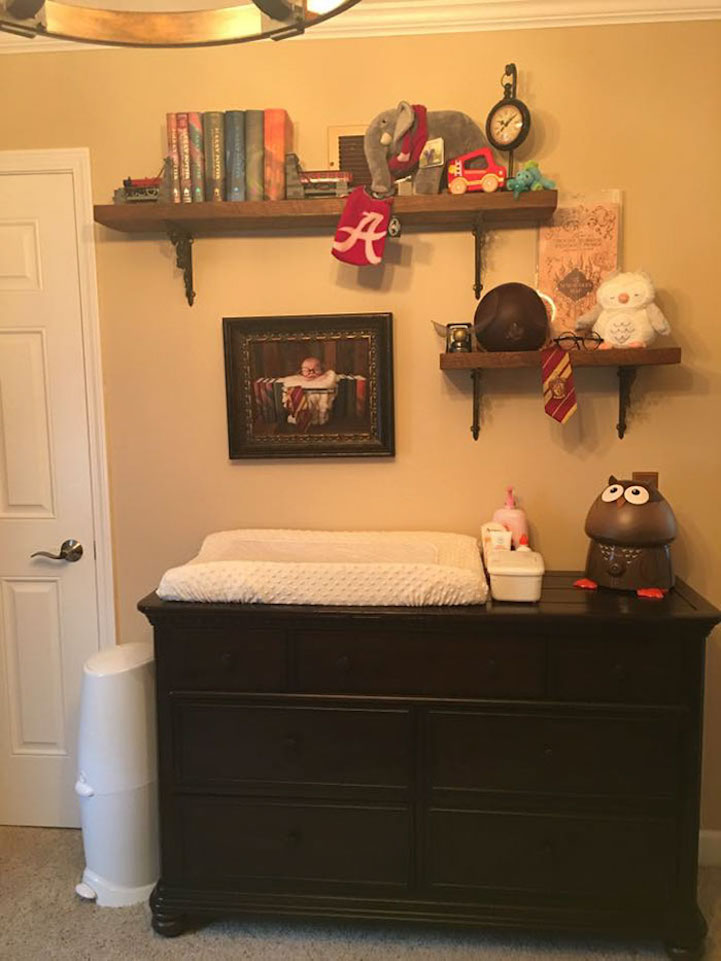 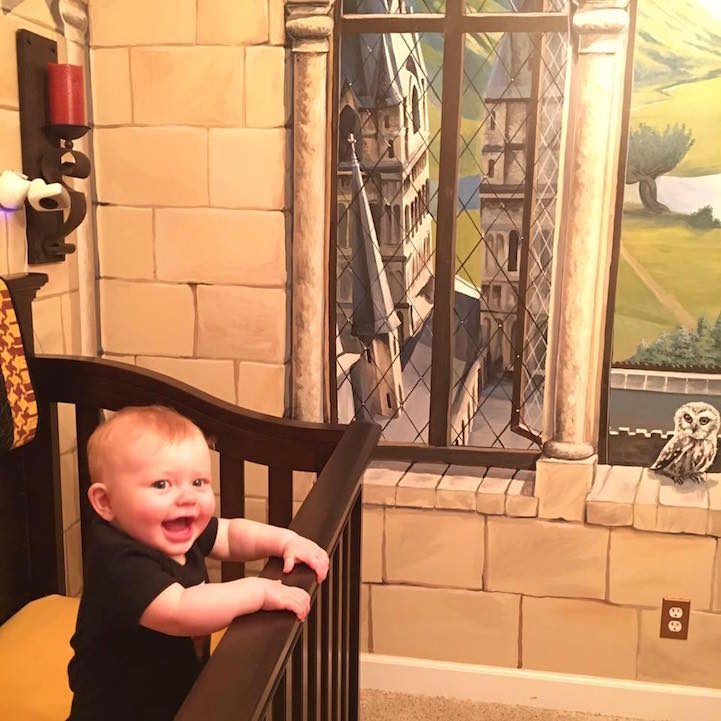 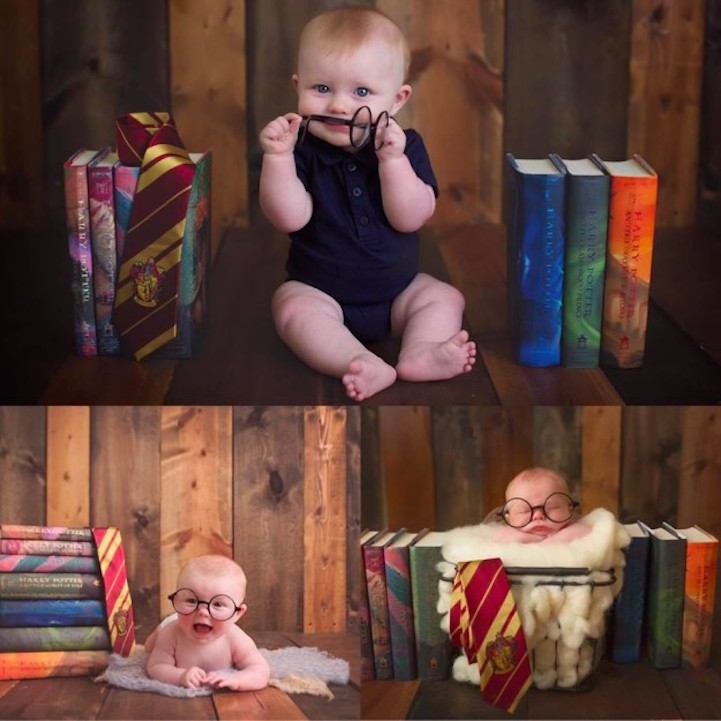 All images via Kaycee Daniel unless otherwise stated.