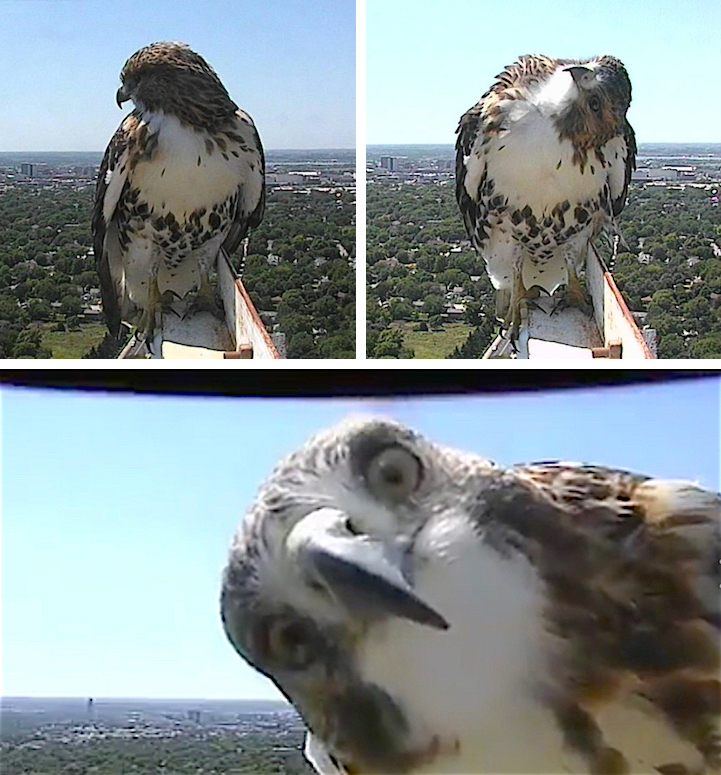 High-flying hawks deserve a rest from their aerial adventures, and one of them recently decided to take a break on a Lincoln, Nebraska-based weather tower. The creature’s majestic stature caught the attention of local meteorologists Rusty Dawkins and Sean Viale, who greeted their feathered friend on Twitter while also noting that the ground was a long way down—the hawk breaks the horizon line as he comes face to face with area viewers.

The bird’s curiosity got the best of him while standing on the tower. He remains still for just a moment before cocking his head and approaching the camera, as if he’s trying to talk to the strange being. Viale endearingly imagines this one-way exchange from the bird: “Hello?!?! Are you in there?!?! If you can hear me!… Thanks for the nice weather!!!” 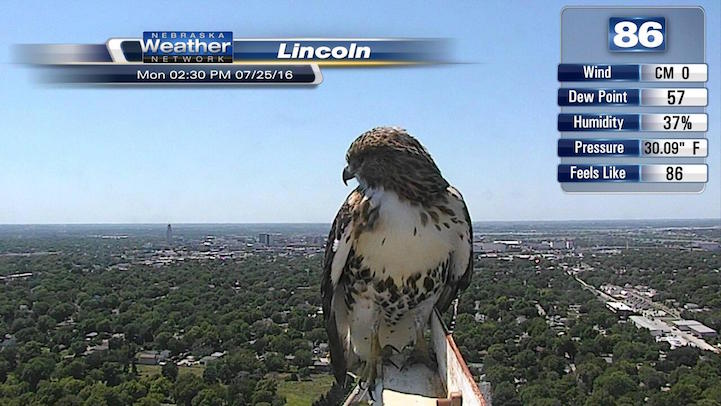 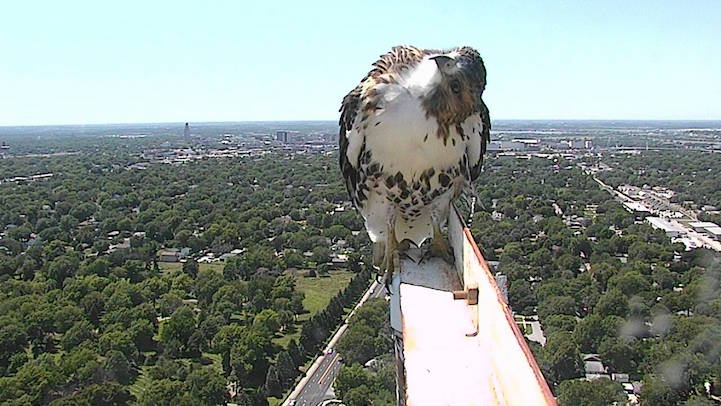 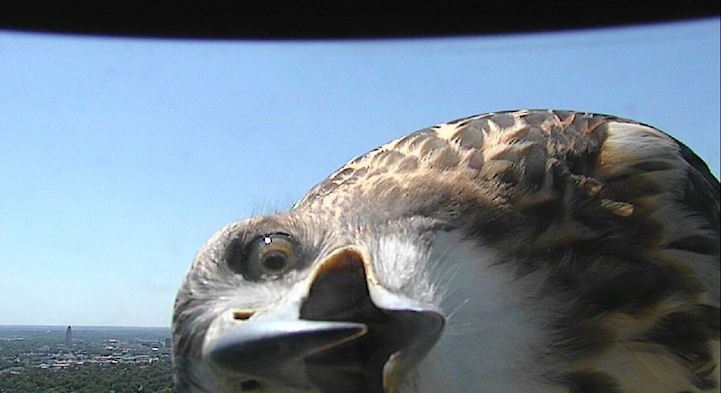 This isn't the first time the hawk has made an on-camera appearance. He was first spotted in August of 2015: 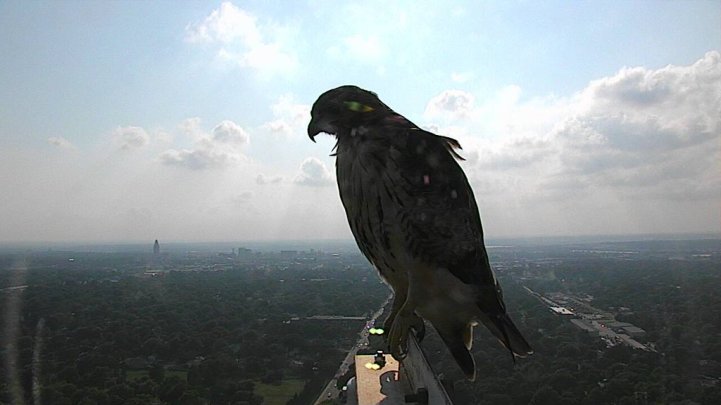