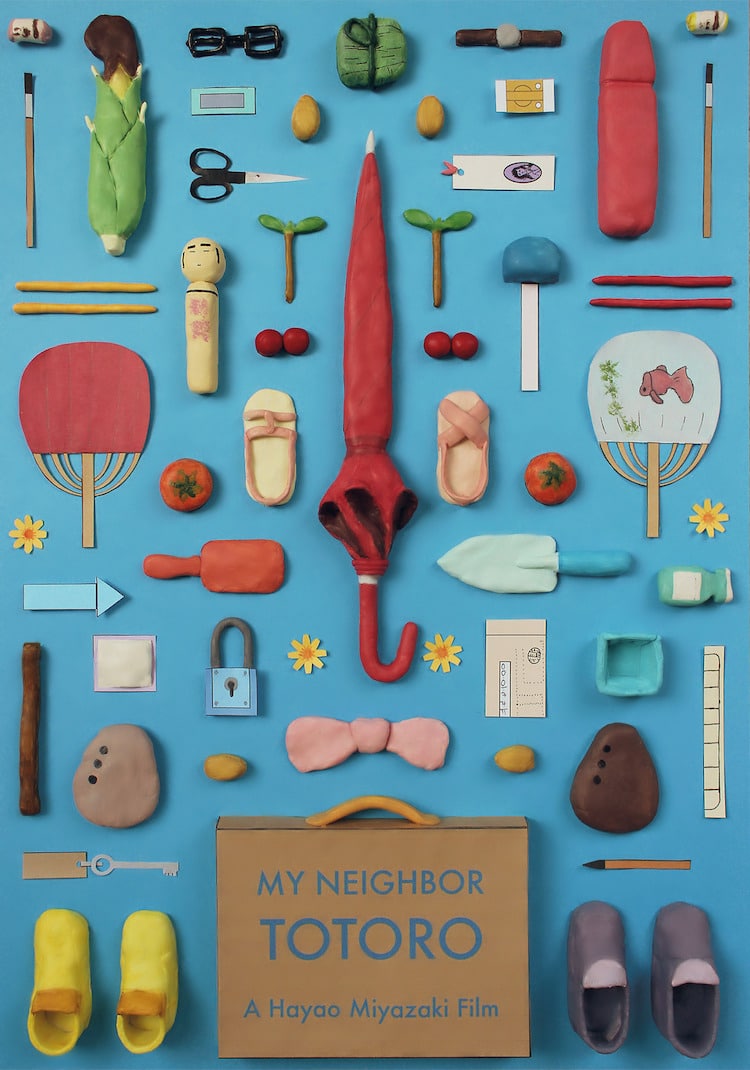 Artist Jordan Bolton has an unusual way of commemorating great films. Rather than celebrating the actors or their jaw-dropping plot twists, he turns focus towards the small things. Specifically, the items that have significance to the characters, but aren't the stars of the film. Last year, we marveled over his Objects series, which painted a unique portrait of the motion pictures using only their props. He’s since continued the project and just finished a collection of four Hayao Miyazaki movie posters.

To depict these beloved animated films, Bolton sculpted the items from clay. The special masks, weapons, and even gardening tools are all fashioned in miniature size and then arranged in eye-pleasing compositions that, at the same time, reference defining characters and plot points. If you’re familiar with Miyazaki’s movie posters, you’ll appreciate Bolton’s symbolism and attention to detail. This dedication to the little things is in keeping with his original idea for Objects. “I see the posters as providing an interesting and fresh perspective on the film’s themes and characters,” he told us last year, “even for someone who has seen the film many times.”

Bolton sells these posters on Etsy. 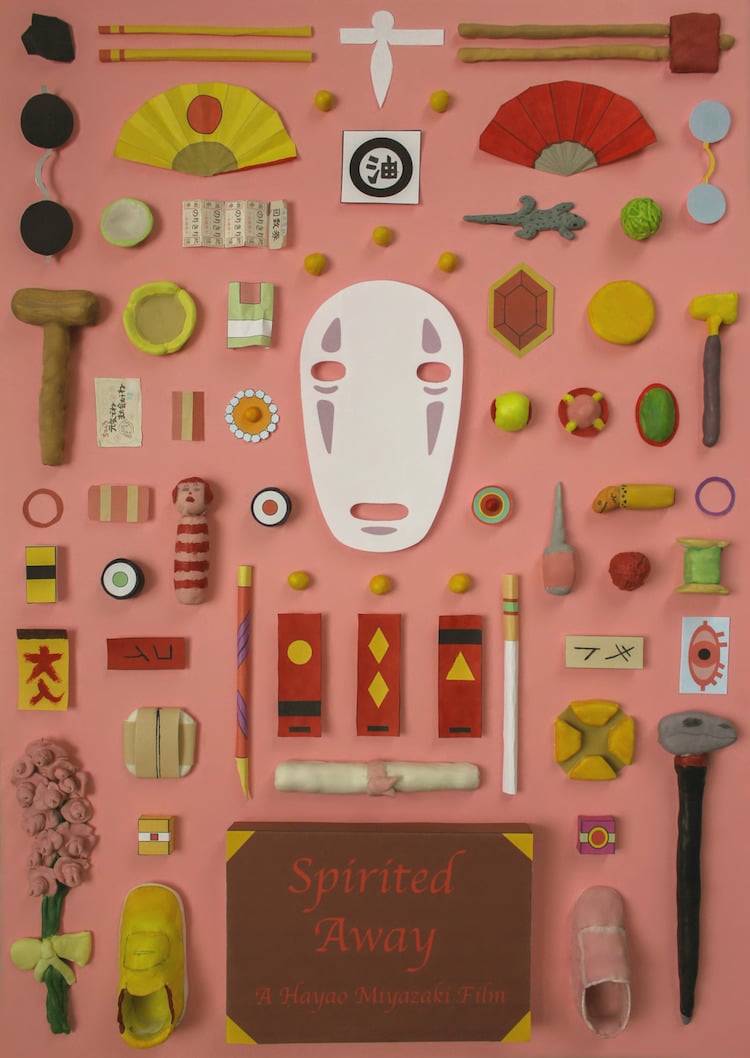 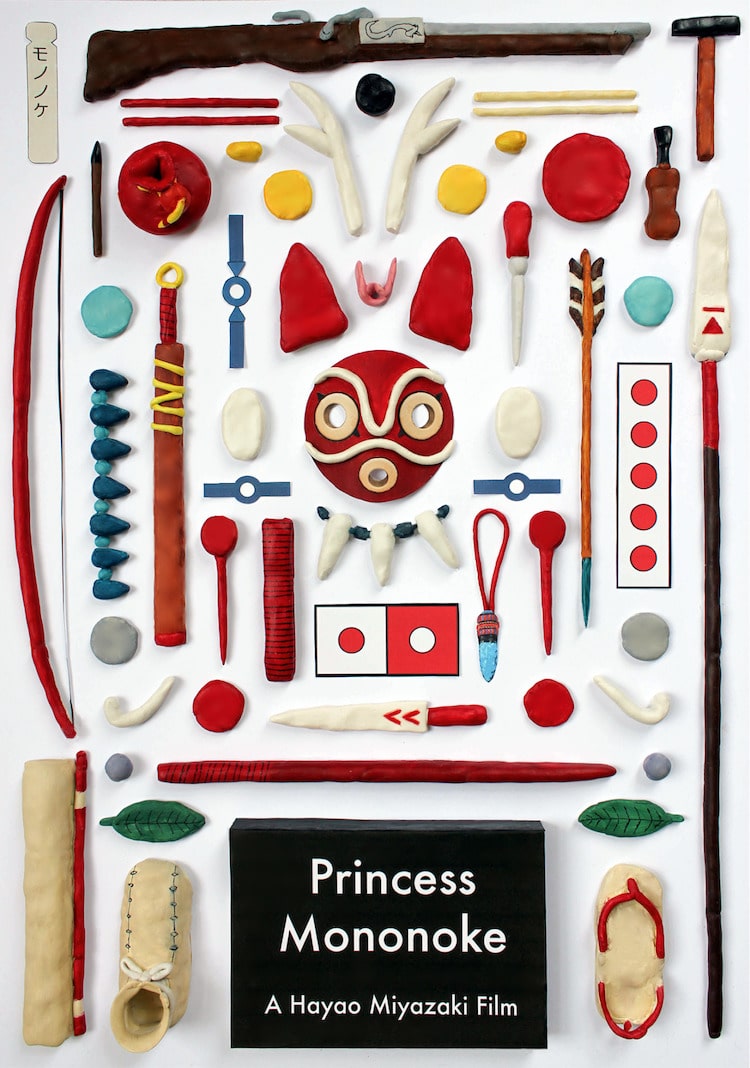 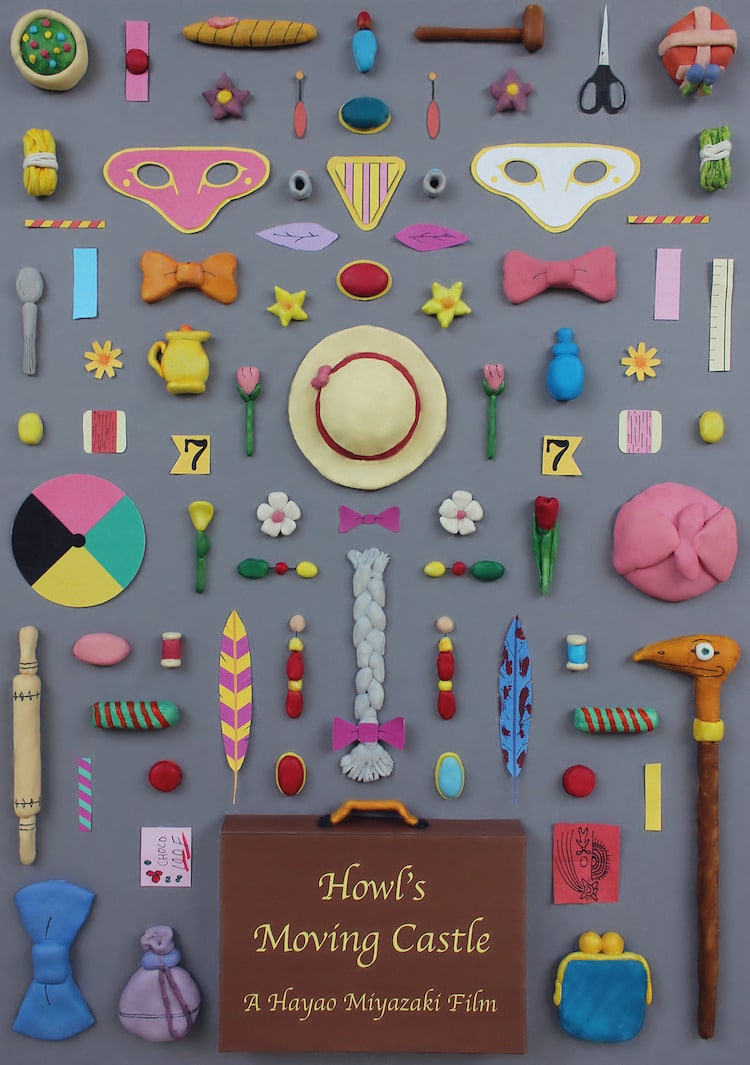 My Modern Met granted permission to use images by Jordan Bolton.