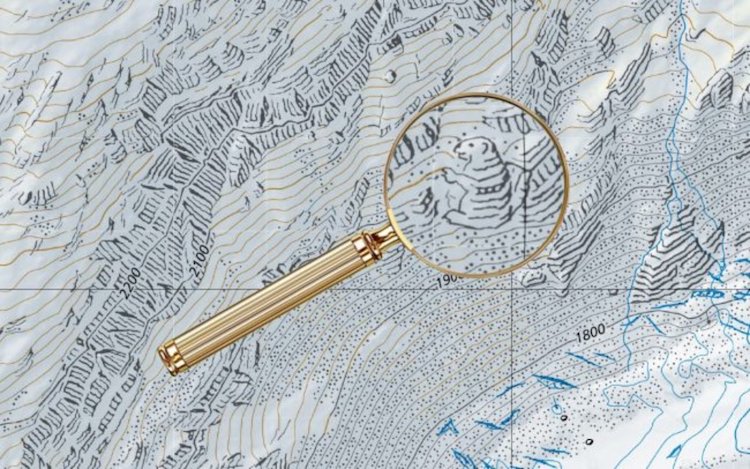 The job of a cartographer leaves little room for creativity, as maps are expected to provide an accurate representation of a location. For several decades, however, mapmakers working for the Swiss Federal Office of Topography have subtly defied their role by secretly inserting hidden illustrations into official maps of Switzerland.

From a marmot hiding among the contour lines of the Swiss Alps to a fish blending into the grooves of a French nature preserve, it’s hard to believe these drawings went unnoticed for so many years. In fact, a rendering of a naked woman remained hidden for almost 60 years in the municipality of Egg, located in northern Switzerland. Her curved, reclined shape was composed in 1958 from a green marshland and blue river lines. The nude woman wasn't found until 2012, and even the marmot remained unnoticed for five years. Short, parallel lines indicating mountainous slopes doubled as the creature's fur, and its face, tail, and paws were concealed with clever relief shading.

It’s unclear why the cartographers decided to include these easter eggs. Perhaps the concealed doodles are a nod to the illustrated sea creatures and other mythical beasts of ancient maps, or maybe the mapmakers just wanted to have a bit of fun. But to find one of these drawings means that the cartographer has eluded one of the most prestigious map-making institutions in the world—each Swisstopo map undergoes a rigorous proofreading process.

Once these illustrations are found, they meet an unfortunate fate; they are removed from the next edition of the maps and will disappear from circulation. A spokesperson for Swisstopo told Eye on Design, “Creativity has no place on these maps.” Despite this, we think these secret illustrations should be celebrated as though they’re the maps’ true hidden treasures.

For several decades, mapmakers working for the Swiss Federal Office of Topography have been secretly inserting hidden illustrations into official maps of Switzerland. 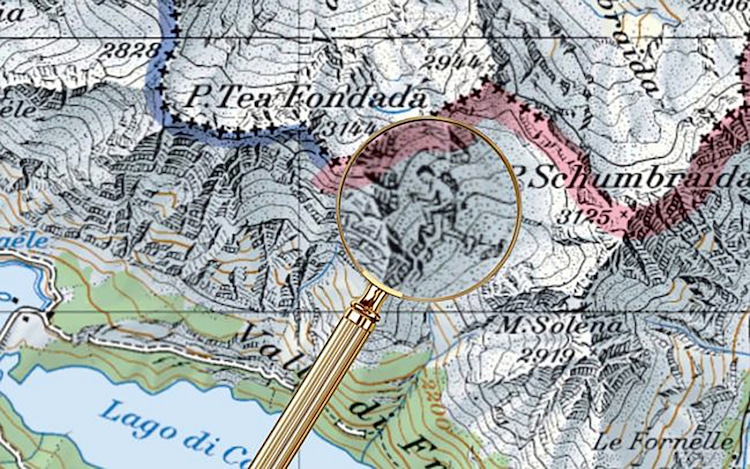 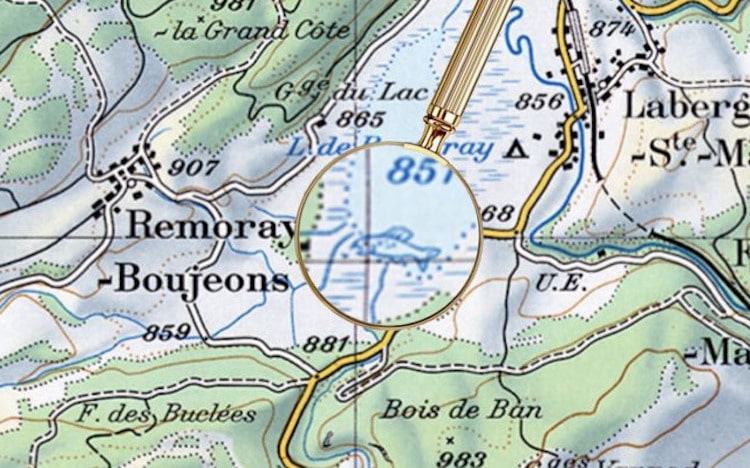 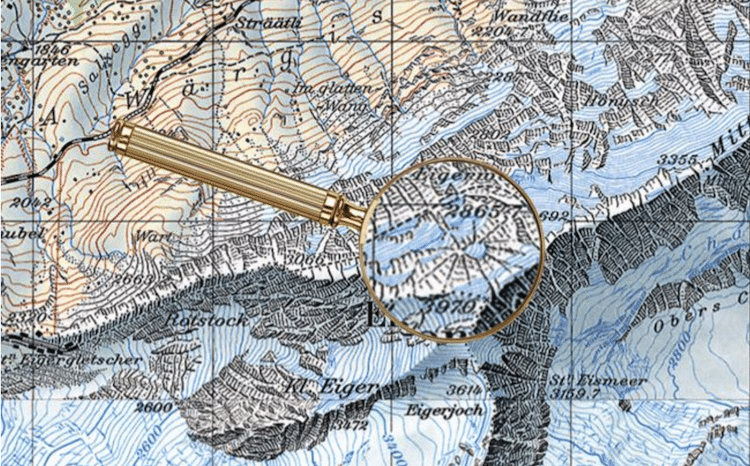 This subtle drawing of a naked woman remained hidden for almost 60 years. 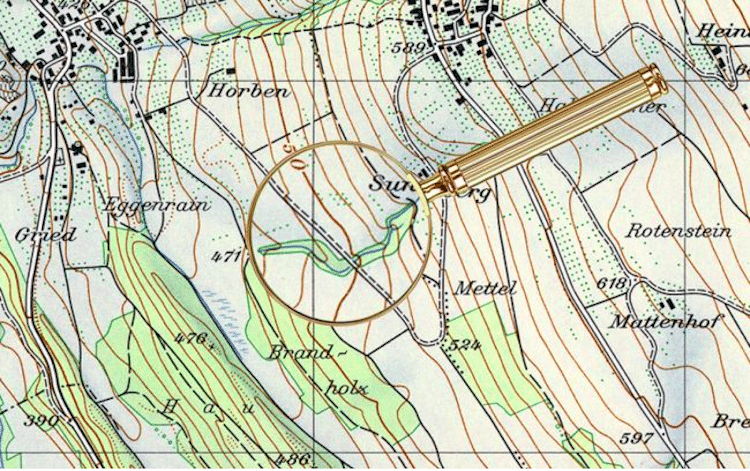 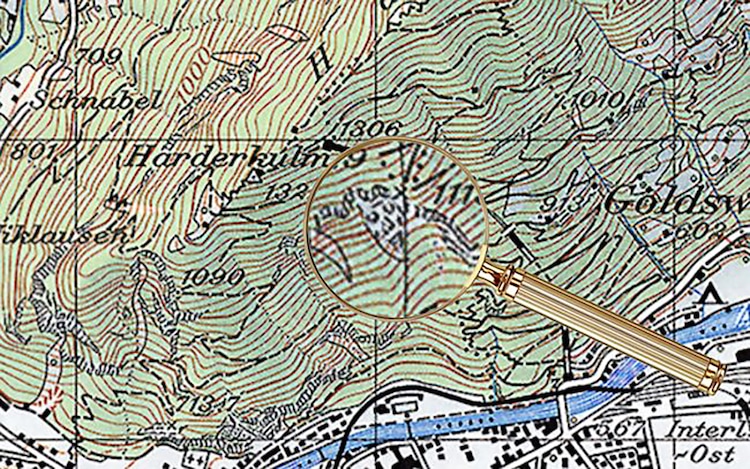 All images via Eye on Design / Swisstopo.