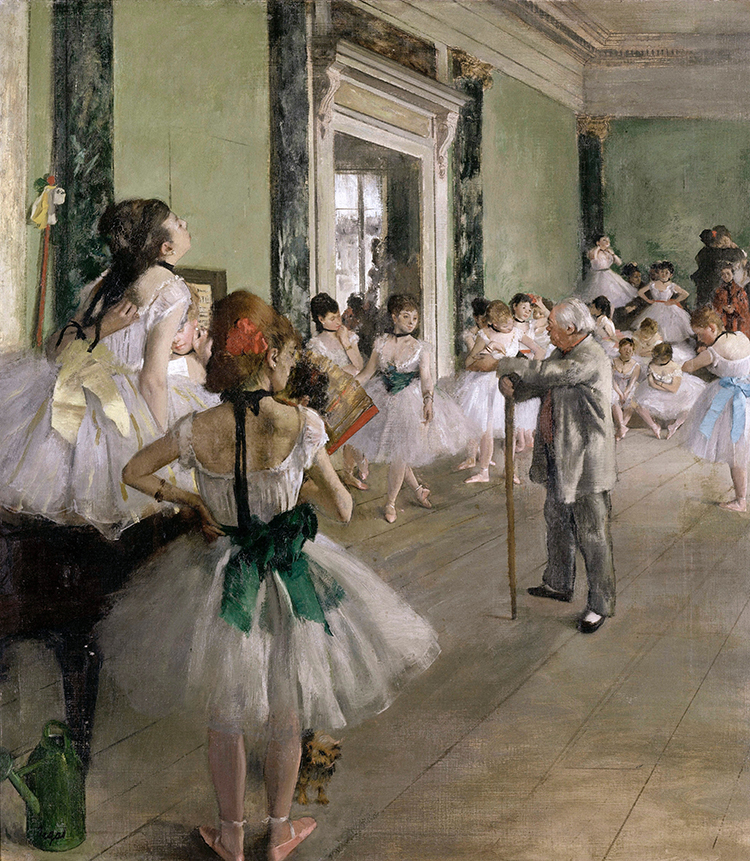 Every winter, millions flock to see The Nutcracker, perhaps the most famous ballet of all time. Ballet's beginnings actually began centuries before little Clara began capturing hearts as she flew through a world of sweets with her gallant nutcracker. While the oldest ballets performed today date from the 19th century, choreographed dances in a style known as ballet were actually performed in the Italian Renaissance.

As the style spread across 16th-century Europe, the dance developed into an art form which was eventually professionalized and perfected. Read on to learn about the origins of ballet—a graceful yet powerful discipline which has captured the hearts of children and catapulted talented dancers to stage stardom. 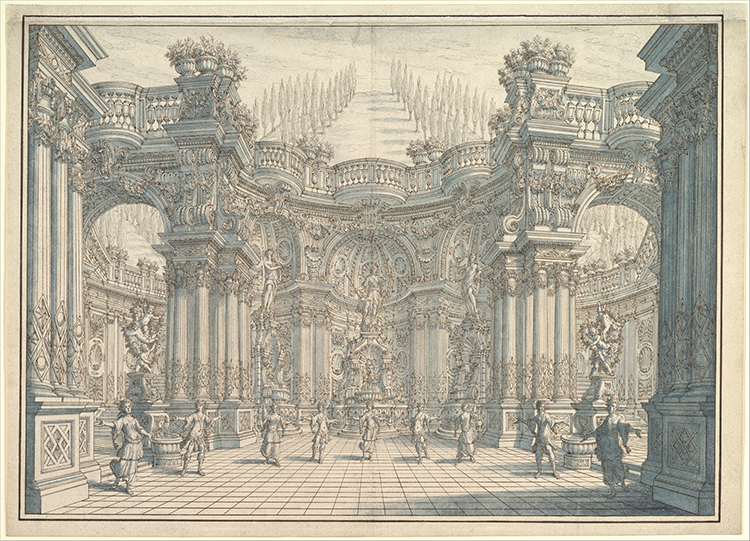 The earliest ballet dances were part of highly ritualized court entertainment in Renaissance Italy. The performances were choreographed routines performed by aristocrats—men and women—in their elaborate courtly dress. These dances were common at elite weddings where audience members would join in on the fun. Early dances featured mythology and political symbolism.

The term ballet, however, comes from the French ballet de cour, a stylized performance of dance, theater, and speeches. The first ballet de cour took place in 1573 at the French court—encouraged by the Italian-born Queen of France Catherine de' Medici who imported her love for ballet. The first performance featured female dancers representing the French provinces. 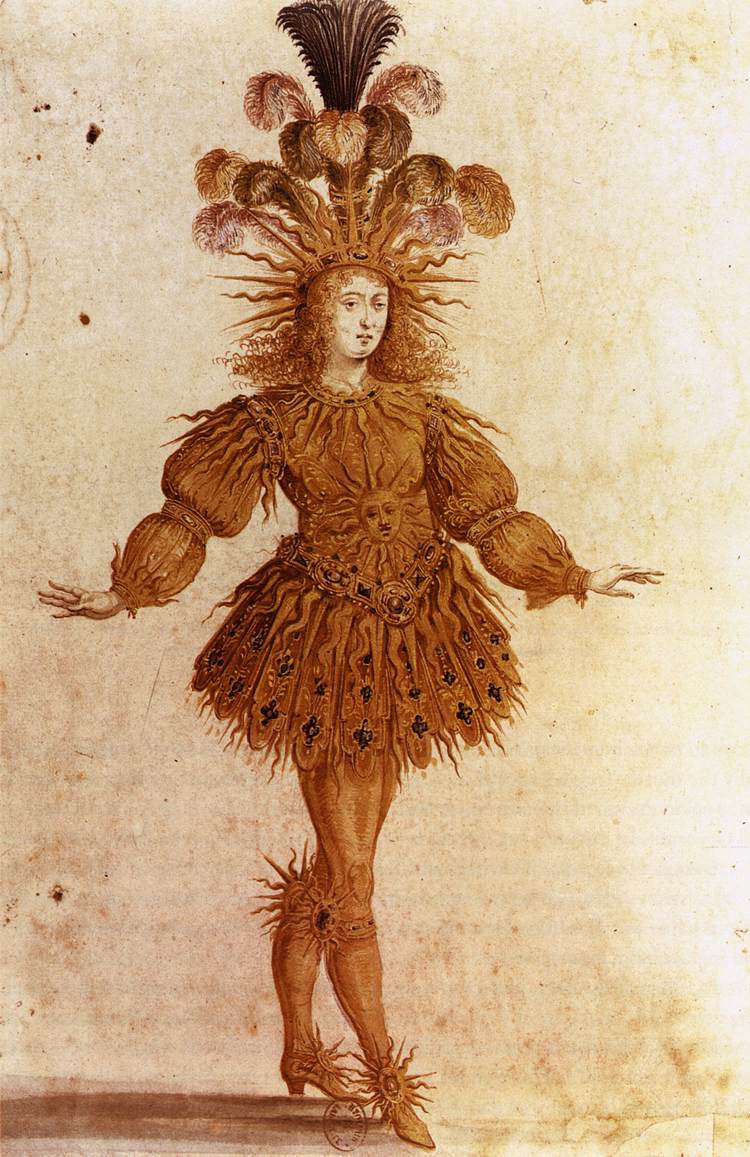 The Queen's patronage of the ballet began a long history of French royal interest in the new style of dance. The ballet de cour remained an important part of royal entertaining. King Louis XIV—known for his opulent palace at Versailles—gained his nickname “the Sun King” from his role as Apollo in a performance of the dance Ballet de la Nuit in 1653. Under the Sun King's rule, ballet became a more formal discipline. The Académie Royale de Danse was founded in 1661, and dance masters set to work standardizing notation for choreography. The five standard positions of ballet date from the this time in late 17th-century France. 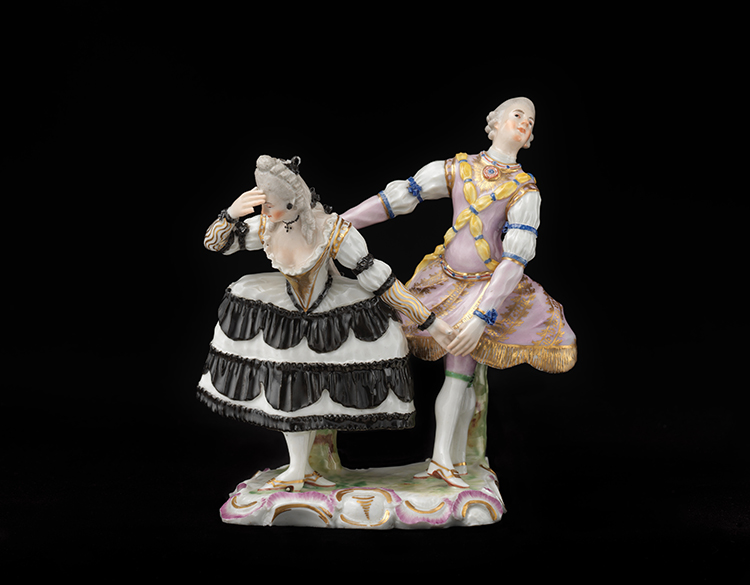 By the 18th century, ballet dancing could be found in many of the princely courts of Europe. Professional performers emerged, largely replacing the aristocrats who once danced together. Opera houses staged operas conjoined with ballet, but by mid-century this was abandoned in favor of orchestral accompaniment. Inspired by the emerging Romanticism of the second half of the 18th century, the characters portrayed by dancers expanded to include nobles, peasants, and other romantic, almost fairy-tale figures. Ballet began to develop as a narrative art rather than a simple spectacle. The use of steps and body language to express emotion and interaction became critical.

The most important figure of 18th-century ballet was Jean-Georges Noverre, who is typically credited with the narrative shift to the storytelling ballet d’action. The French dancer and choreographer wrote Lettres sur la Danse et les Ballets. Published in 1760, the text outlines a style of ballet based on the relationships of characters. This new style drew on the ancient art of pantomimes, and the ballet d’action was also known as a pantomime ballet. Noverre's most famous ballet—Les Fêtes Chinoises—fully embraced the Rococo aesthetic. A trained corps de ballet performed in front of luxurious set designs. The Parisian public loudly praised the ballet upon its first performance in the city in 1754.

Staged in theaters and opera houses, ballet was becoming more available to audiences outside of the royal court. The art remained dominated by male choreographers, but women did compose and appear on stage as well. Marie Sallé—an early inspiration to her student Noverre—was one such woman. Known as one of the earliest dancers to embrace a truly emotive style, she performed at the Paris Opera and Covent Garden before retiring to teach dance. Her skills were so revered, she was still sought out by nobility in her retirement—she even performed at Versailles. In addition to her dancing, she choreographed her own ballets—including one called Pygmalion, based on the Greek myth of a man who sculpts a female companion. 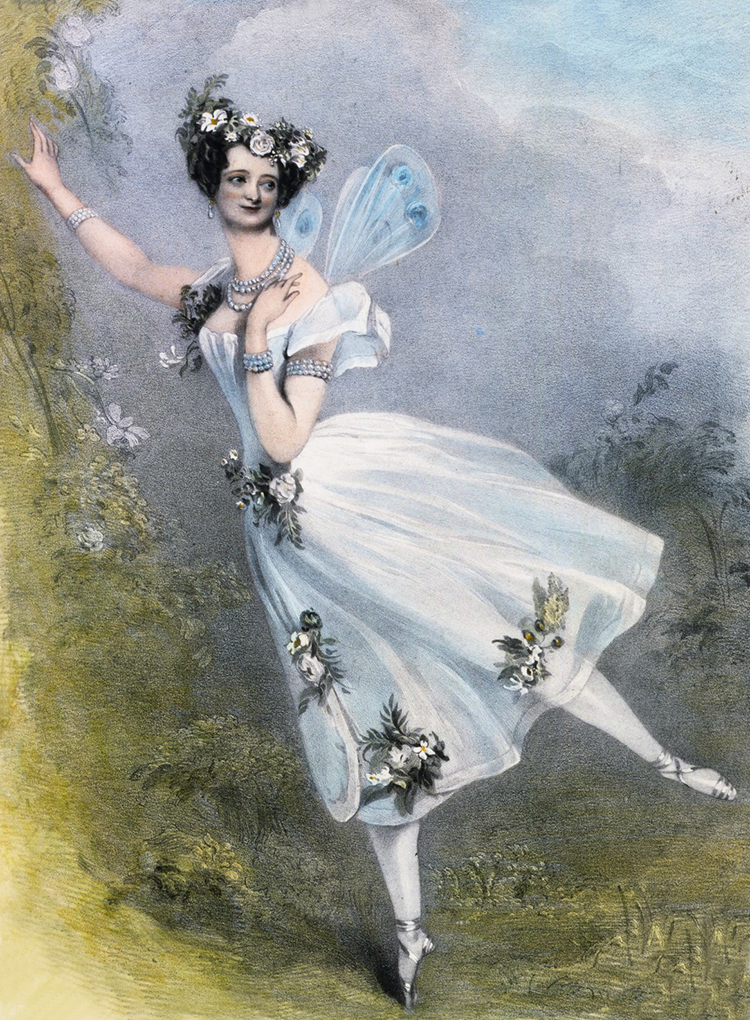 The 19th century saw the emergence of a style of ballet which would become familiar to modern audiences. The French Revolution caused a shift in tastes—ballet separated from its courtly roots. Skirts shortened and soft dance slippers were introduced, allowing for greater motion. Dancing en pointe was developed by professional female dancers during the first few decades of the century. Among these early pioneers were the Italian dancers Amalia Brugnoli and Marie Taglioni, as well as the French ballerina Fanny Bias of the Paris Opera Ballet company. During the 19th century, the ballerina became the star of the once male-dominated discipline.

The Romanticism which pervaded European art in the 19th century also affected ballet. Many works of classical ballet were written during this period and are known as romantic ballets. Among these are La Sylphide (1836) and Giselle (1841). Both are still performed today, although often with newer choreography. Soft movements, folk characters, and countryside settings were characteristic of the new genre. Ballerinas wore long tulle tutus and specially made point shoes to dance their leading roles.

Although ballet originally arrived in Russia under the westernizing campaigns of Peter the Great, the pinnacle of Russian ballet is commonly thought to have begun in the late-19th century with the arrival of the French choreographer Marius Petipa. Residing in Russia, he created the renowned ballets The Sleeping Beauty, Swan Lake, and The Nutcracker (the latter two in collaboration with Lev Ivanov). These ballets—still some of the most frequently performed today—helped establish Russian preeminence in the world of classical dance. By the late 19th century, ballet performances could be seen by people across a range of social classes around the world in theaters and music halls. While not all dancers earned positions in major companies, those who did were revered and could even be household names. 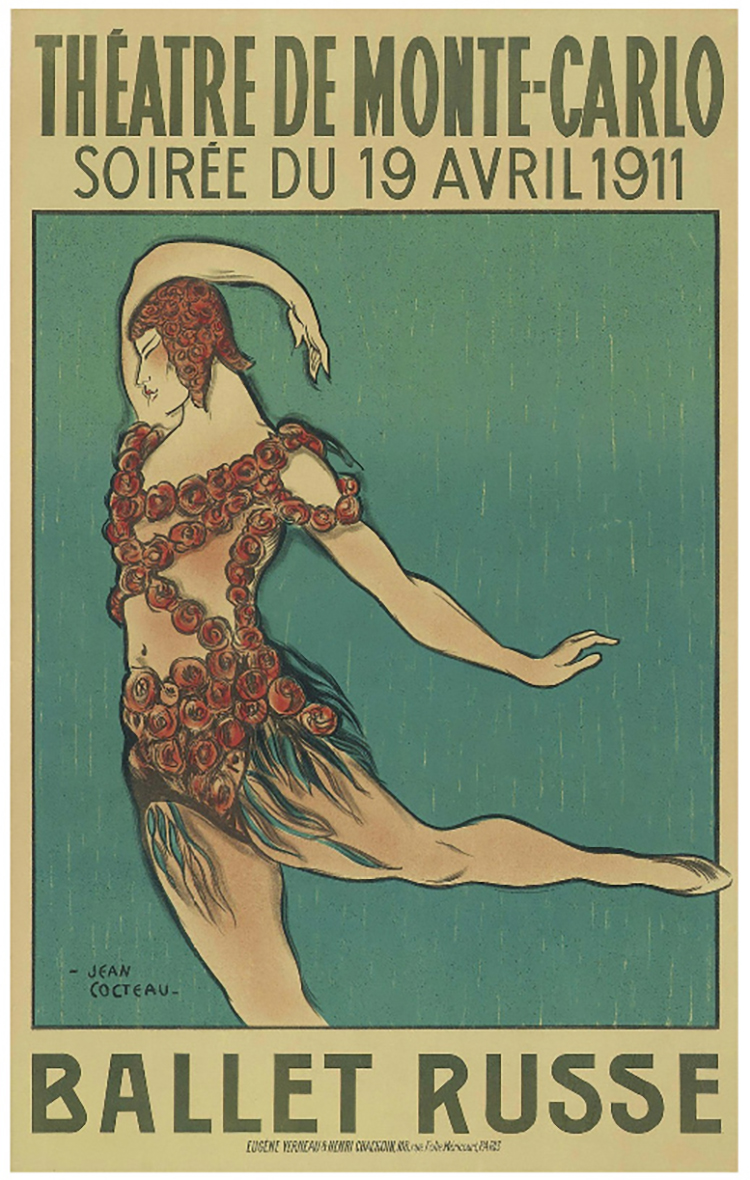 The early 20th century brought World War I, as well as the Bolshevik Revolution in Russia. Russian dancers from St.Petersburg had come together under the art direction of Sergei Diaghilev in 1909 to perform in Paris. The performance gave birth to the storied traveling company known as the Ballets Russes. Through 1929, the company performed around the world—many of its members in effective exile after the Revolution. The group did two American tours and even performed at the Hall of Mirrors at Versailles, effectively bringing ballet back to its early venue. Throughout its two-decade history, the company collaborated with the likes of Stravinsky, Picasso, and Matisse. Artistically, the company pushed ballet into the 20th century. Audiences were particularly shocked at the debut of the ballet The Rite of Spring—in which a young woman dances to her death—with influential choreography by Polish choreographer Vaslav Nijinsky and music by composer Igor Stravinsky. 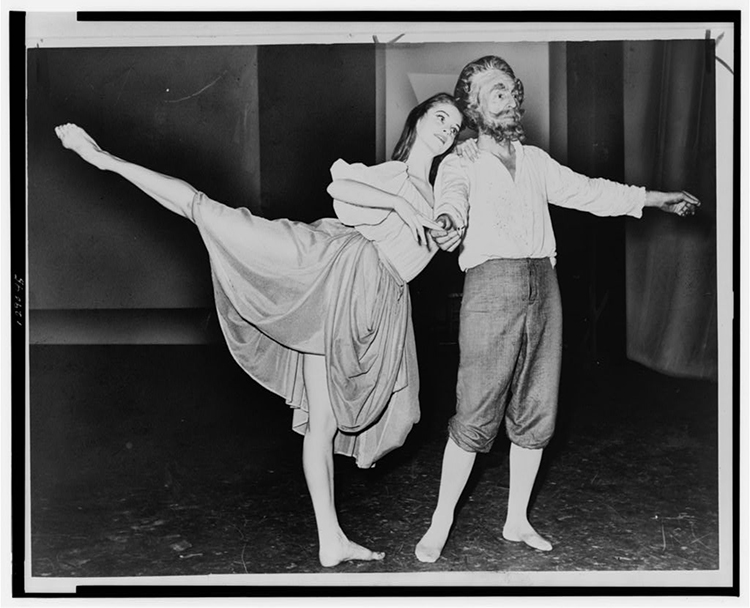 The latter half of the 20th century brought a new style known as neoclassical ballet. A young Russian dancer who trained at the Imperial Ballet School in St. Petersburg, George Balanchine became one of the most important figures in modern ballet. The young, classically trained dancer fled Soviet Russia in 1924 and joined the Ballets Russes in Paris as their choreographer. In Paris in 1928, his work Apollo debuted, and is considered today to be the first neoclassical ballet. Its pared-down aesthetic and choreography driven by the music (rather than the story) was innovative.

In 1933, Balanchine moved to the United States. He founded the School of American Ballet in 1934 and the New York City Ballet in 1948. The modern American ballet tradition has been heavily influenced by Balanchine and his modern, avant-garde choreography which appreciated the formerly neglected male dancers. Legendary male dancers of the mid-century period are still revered today, such as Rudolf Nureyev and Mikhail Baryshnikov. The latter danced with Balanchine's New York City Ballet briefly out of a desire to study with the renowned choreographer, but Baryshnikov is primarily known for his decades of work with the American Ballet Theatre as a dancer and artistic director.

Today, many classical ballets are still tremendous crowd pleasers; roles such as the Sugarplum Fairy and Giselle can make a dancer's career. However, contemporary ballet goes beyond the work of the 19th-century choreographers. Building upon the narrative-less, emotional compositions of Balanchine and other neoclassical artists, contemporary ballet pushes limits. Costumes can be minimal, ballet slippers missing, or sophisticated special effects synced with dancers' movements. 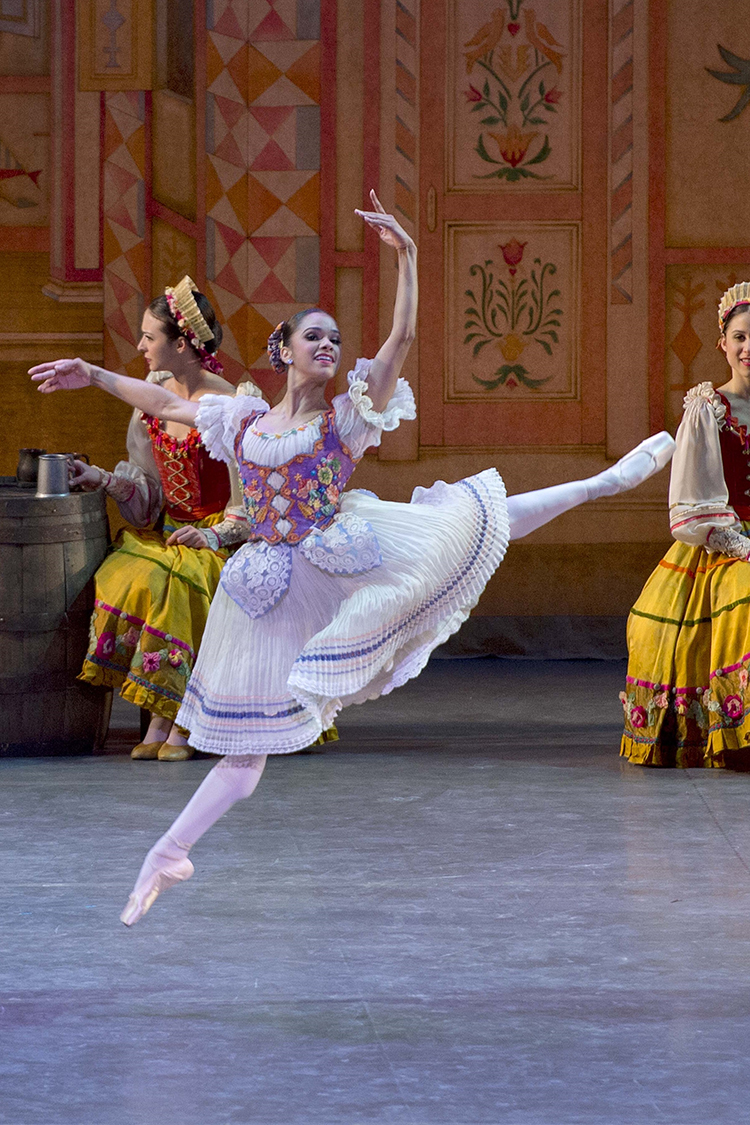 Ballet as an expressive art form is rich, emotive, and beginning to diversify to reflect those who were once excluded. Dancers of color such as the principal dancer Misty Copeland have risen to the heights of historically predominantly white institutions such as the American Ballet Theater. Young choreographers are also emerging, bringing classical training and athleticism to modern dance. Ballet is growing, expanding, and evolving. There's even a form known as hiplet which fuses ballet and hip hop. With the young artists leading the way, the future of ballet is likely to be even brighter than its past.

To watch a demonstration of 400 years worth of development in ballet done in seven minutes, check out this video from the Royal Opera House.