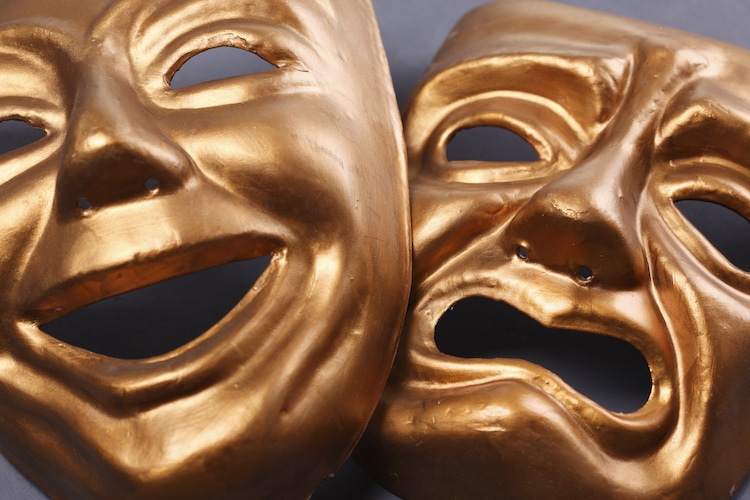 When it comes to the performing arts, the theater often takes center stage. Encompassing everything from dramatic plays to puppet shows, this versatile practice has existed since ancient times and enchanting audiences with expressive acting for thousands of years.

Here, we take a look at the history of the age-old craft. By tracing its evolution from its earliest renditions to its productions today, we can gain a new appreciation for theater—and the many roles it has adopted over the centuries. 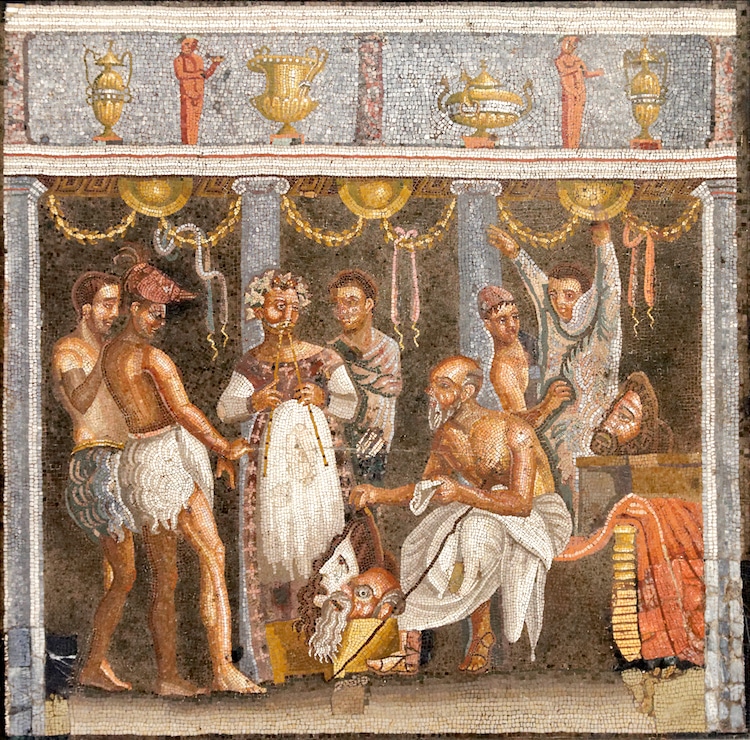 Theater is a performing art. Typically set on a stage before a live audience, theater features actors that use speech and gesture to tell a story. Music, dance, props, costumes, and sets may also be used to communicate theatrical narratives, which can cover any topic.

The History of Theater 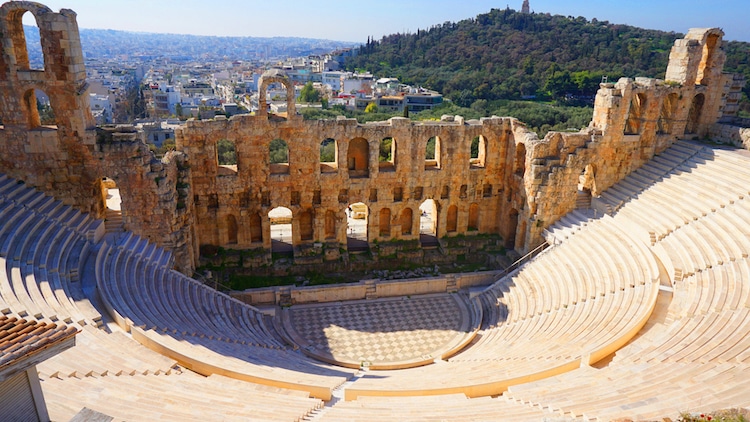 In 600 BCE, theater made its grand debut in Ancient Greece. On the heels of the Dionysia—an Athenian festival celebrating Dionysus, the god of wine, fertility, and other sentiments at the ancient culture's core—theater emerged as a means of celebration. Specifically, the Greeks developed two forms of drama that remain prevalent today: tragedy (which mostly drew upon heroic myths) and comedy (which often parodied prominent figures in Athenian society and comically criticized mythology).

Two centuries after theater emerged in Athens, the Etruscans brought the tradition to Rome. Like their Greek predecessors, early Roman plays were classified as tragedies and comedies, and, initially, were performed at festivals and other ritual celebrations. Eventually, however, both Greek and Roman dramas were staged in “purpose-built spectator buildings” called theaters—an innovation that, centuries later, proved particularly important to William Shakespeare, whose successful dramas were famously performed in London's Globe Theater. 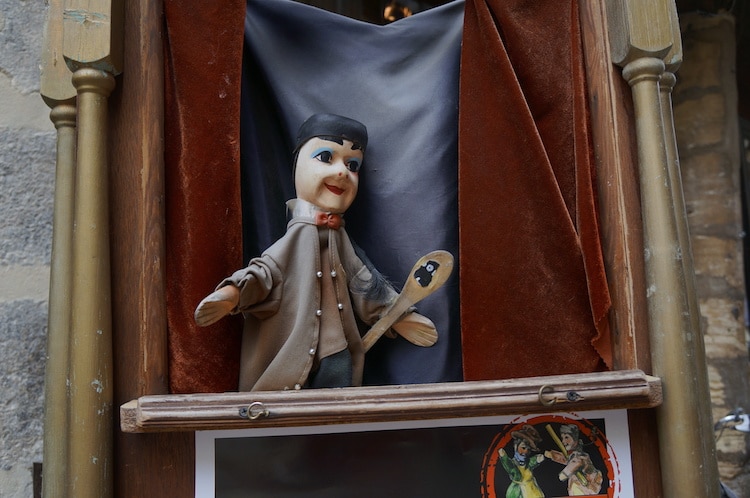 In addition to live performances, the ancient Greeks developed another important genre of theater: puppetry. Puppetry revolves around the use of puppets, personified objects whose movements and gestures are controlled by people. Eventually, cultures around the world embraced this art form, with prominent adaptations including Chinese Shadow Theater—a spectacle in which light is cast on translucent or opaque cut-outs so that they create colorful shadows or black silhouettes—Italian marionette operas, French Guignol shows, and Britain's “Punch and Judy” productions.

While, traditionally, most puppet shows were put on for entertainment, some served deeper purposes. In Medieval France, for example, “little Mary” (or marionette) puppets featured in shows put on by the Catholic church. These performances were an off-shoot of mystery plays, liturgical tableaux that told tales from the bible, presented the lives of saints, and commemorated Christian holidays. 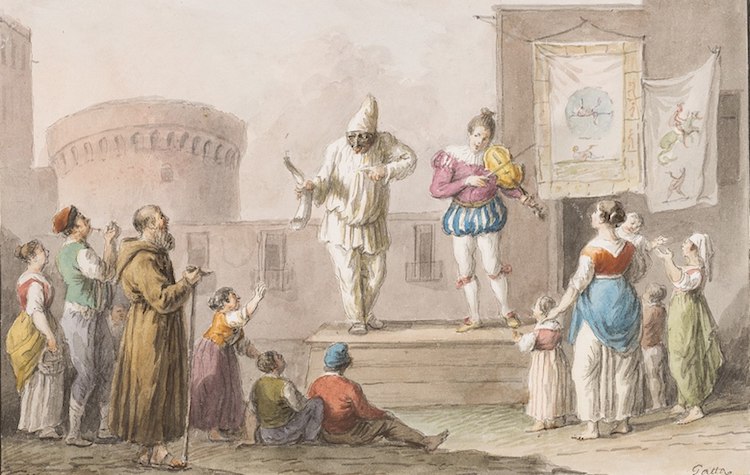 In the 16th century, theater took on a new role with the emergence of the Commedia dell'arte (Italian for “comedy of the profession”), an early form of professional theater.

Mostly performed outdoors in piazzas, Commedia dell'arte productions entertained the public with their uncensored, improvised plots and colorful troupes of masked stock characters. “Each stock character of the commedia evolved a distinct set of attributes—characteristic speech, gestures, props, and costume—that became standard to the portrayal of the character,” the Metropolitan Museum of Art explains. “Some actors became so famous for these routines that audiences expected the ‘trademark' lazzi (comical interludes) of a particular actor or troupe at each performance.”

By the 17th century, Commedia dell'arte was popular across Europe. It was particularly beloved in France, where the oldest professional theater company—the Comédie-Française—would make its debut in 1680. 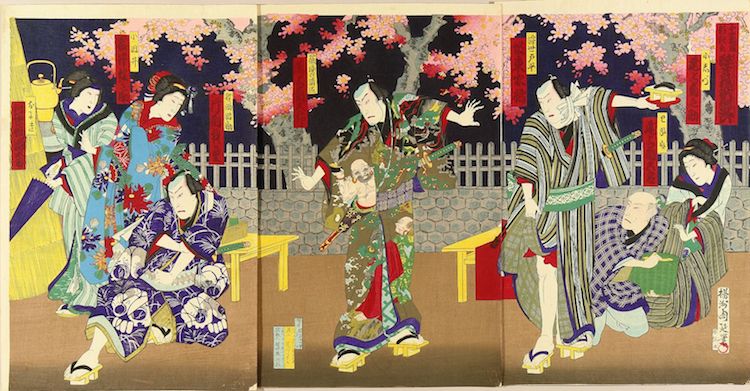 While the Commedia dell'arte was emerging in Italy and the Comédie-Française was growing in France, Kabuki was popping up in Japan. A classical dance-drama historically performed by all-male ensembles, Kabuki is defined by its distinctive blend of energetic mime and dance, exaggerated make-up, and stylized music, performed by “an orchestra of drums, flutes, wooden clappers, and samisen (a stringed instrument similar to the banjo).”

Dance-dramas like Kabuki are not the only form of theater reliant on song. Musicals, performances that pair singing with spoken dialogue, have proven popular for millennia, with early antecedents existing as ancient Greek tragedies and comedies.

Since then, music has played an important part in theatrical traditions around the world, from Italian operas and French burlesques to Broadway shows and West End productions like Rodgers and Hammerstein's Oklahoma! and Claude-Michel Schönberg's Les Misérables. 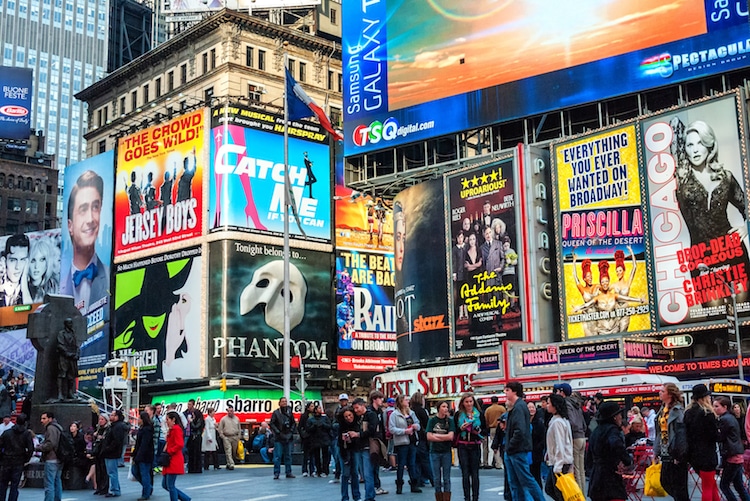 Today, theater embodies modern takes on historic traditions—and more. Contemporary productions include more progressive genres, like documentary theater (shows that incorporate materials like interviews and news reports to tell true stories); street theater (public spectacles performed outside); and experimental theater (which, according to the New York Times, includes plays that “depart from the accepted conventions of playwriting or production methods and the author and other artists concerned have a chance to see how acceptable or effective their departures are”).

Whether reimagining past renditions or looking in new directions, productions today prove that, when it comes to theater, the show must—and will—go on.

The show must go on! Share
Like My Modern Met on Facebook
Get Our Weekly Newsletter
Become a
My Modern Met Member
As a member, you'll join us in our effort to support the arts.
Become a Member
Explore member benefits

The show must go on!