"Human + Hound" Captures the Special Bond Between Dogs and Their Humans 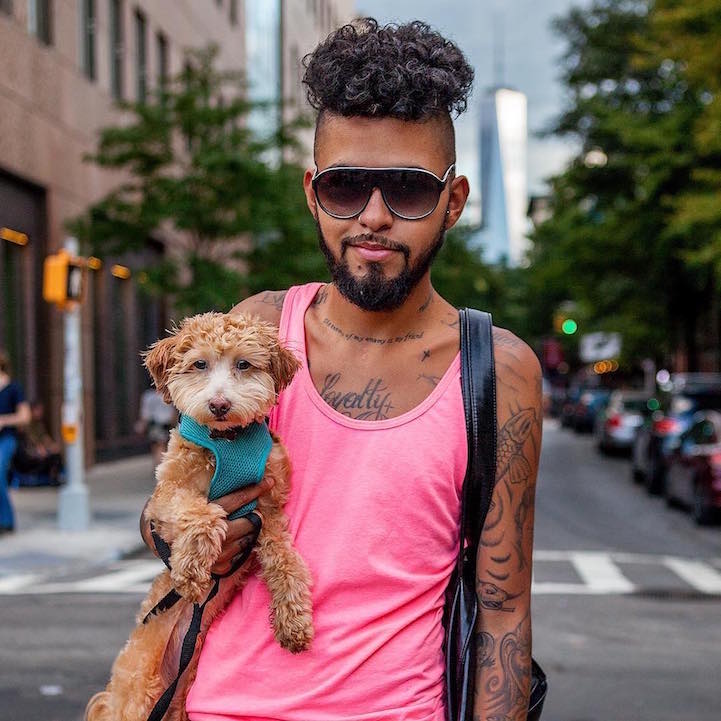 Photographer Robert Stoetzel has created Human + Hound, a site where he posts a new picture every day of a dog and its human, celebrating the special relationship between each person and his/her dog. Following in the footsteps of the popular Humans of New York series, the photographer captions each photo with a quote that demonstrates the pair's loving bond.

“Every human and hound duo really does have a story,” Stoetzel explained to The Huffington Post. “It's so interesting to hear how people came to find their dogs and how they've changed each others' lives.” Some are heartwarming tales of second chances while others will make you laugh. Every story, no matter how short, highlights the positive impact this relationship has made. Stoetzel primarily photographs in New York, but also posts while he's traveling. After all, this special bond isn't location-specific.

Human + Hound is first and foremost about the connection between a pup and its human–this is how Stoetzel first decides to approach a couple. “My main priorities are people who look like they have a good bond with their dog,” he says. “But, of course a really interesting-looking dog always catches my eye.”

Above: Yair + Cooper
“I just moved here from Florida a year ago, away from my immediate family. I still get really lonely sometimes so I decided to get myself a dog! He's been with me for about five months now, and he helps me with the loneliness and keeps me company.” 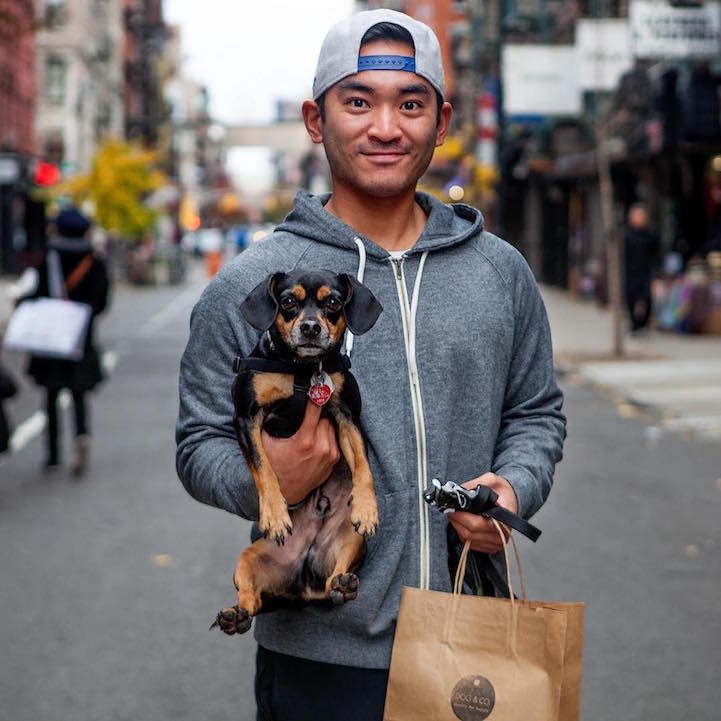 Gerard + Jackson
“He is me in dog form.” 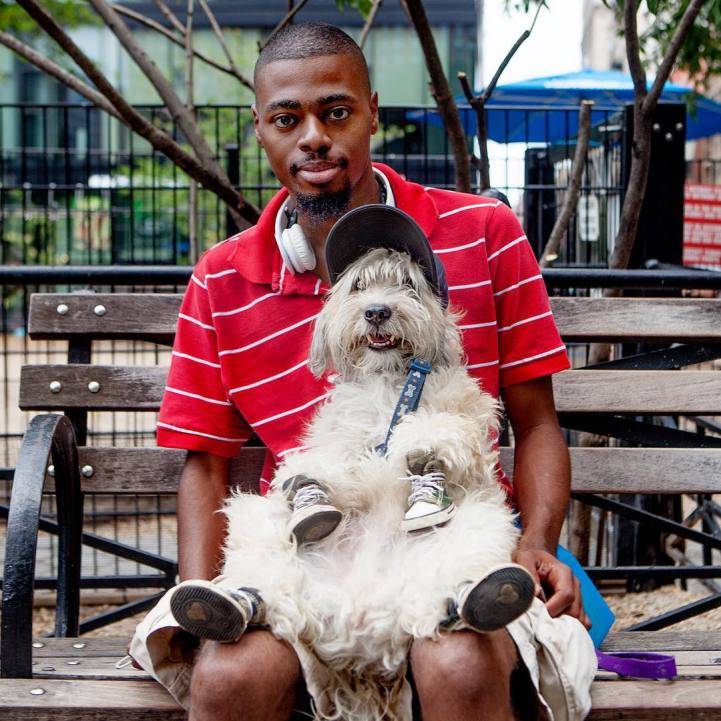 Ryan + Shaggy
“I started dressing him up mainly to keep his feet from getting dirty, then he got used to it.” 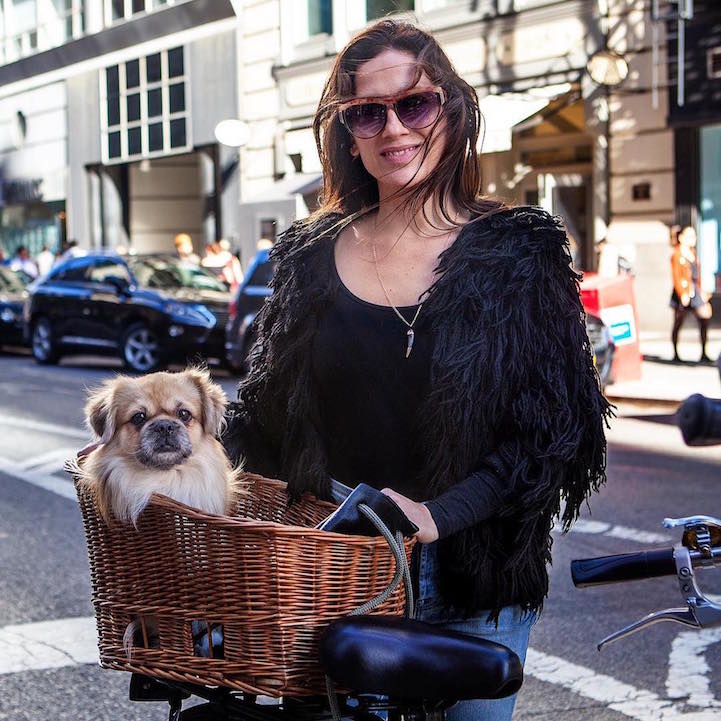 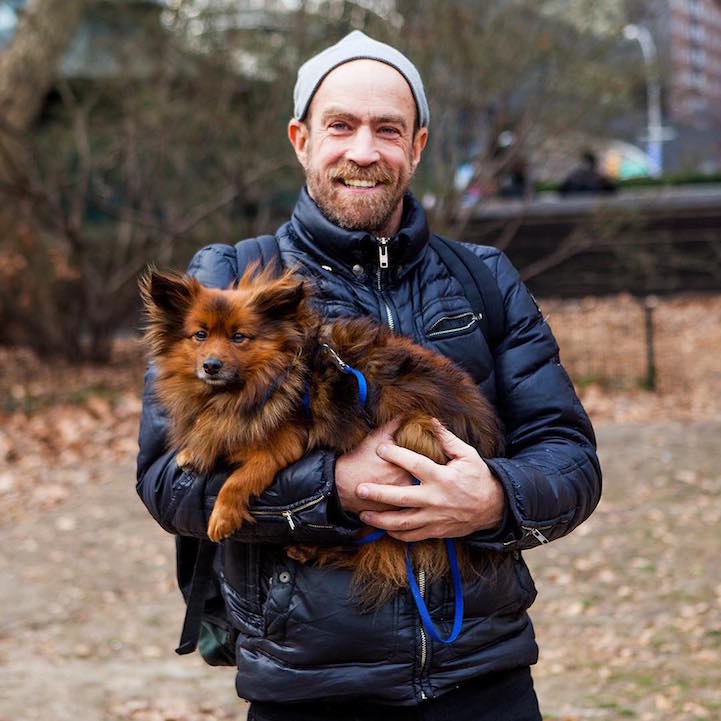 Talbott + Cubby
“He's a Dachshund – Pomeranian mix, and a major lap dog. I carry Cubby from 57th Street to Central Park everyday because he's afraid of the crowds.” 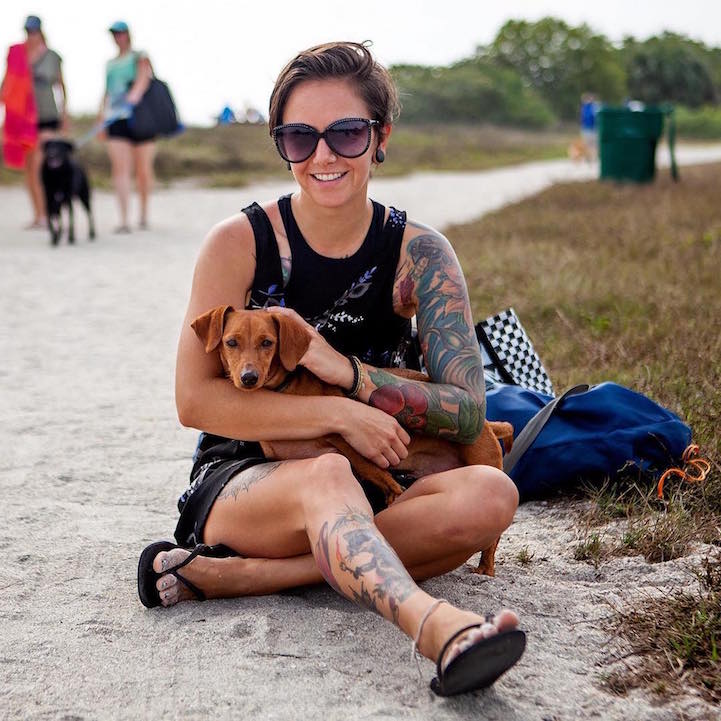 Sara + Gator
“My friend found him our apartment complex. No one claimed him after a month of putting up fliers, so I got to keep him – and I'm very lucky!” 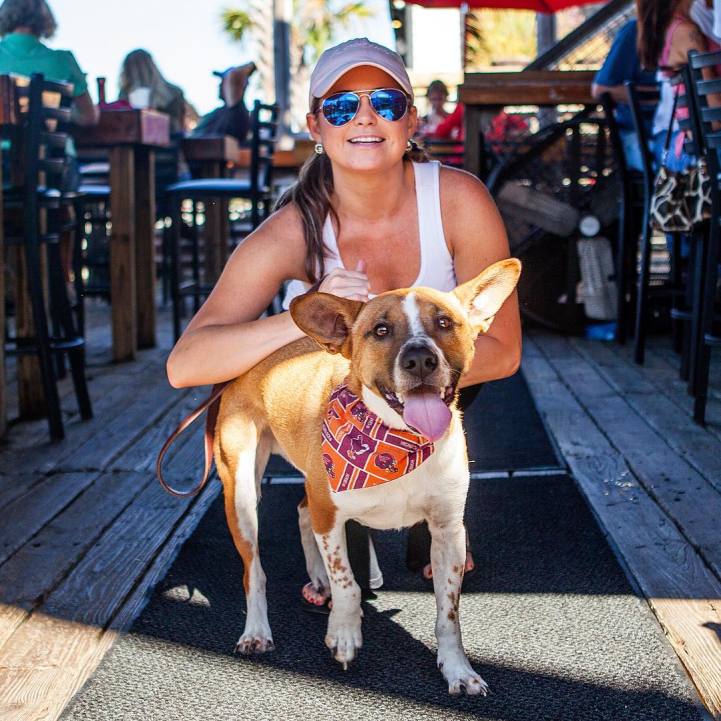 Heather + John
“He was on death row, and had five hours to live. I went to Orangeburg County Shelter and saved his life.” 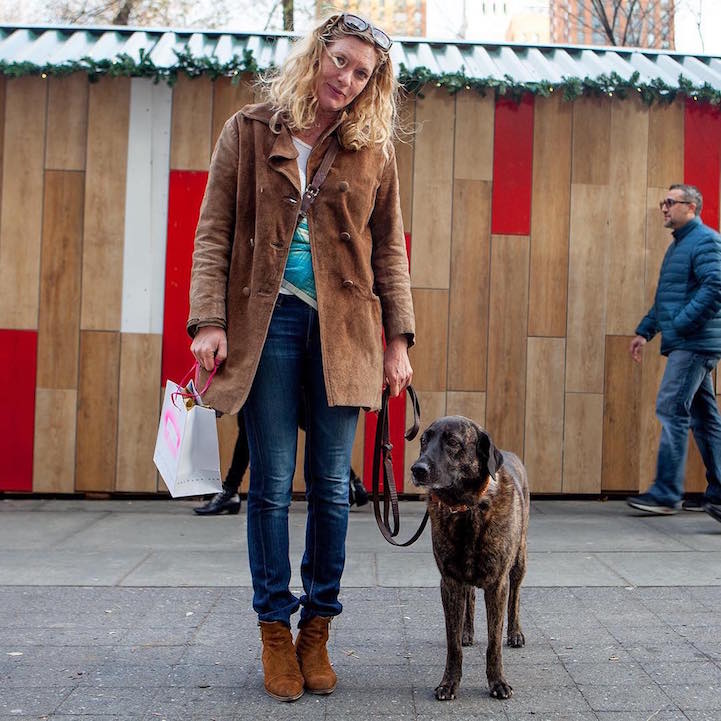 Hetty + Zora
“I got Zora from the shelter. I had her name first, so I went to the shelter and said “Is there a Zora here?” – and she jumped up. She's always answered to her name.” 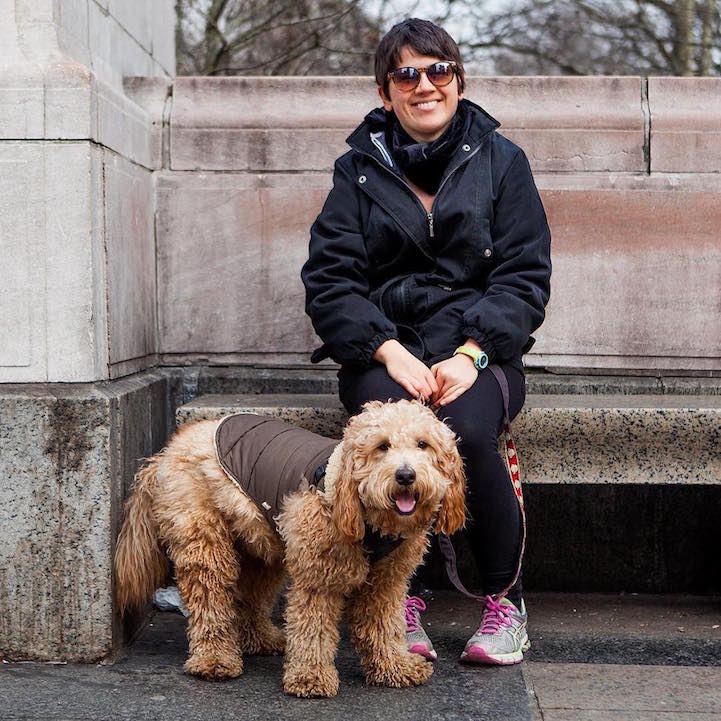 Lisa + Baxter
“He's a super submissive dog and rolls over to show his belly to every dog we come across, even if they are really tiny…it's very cute.” 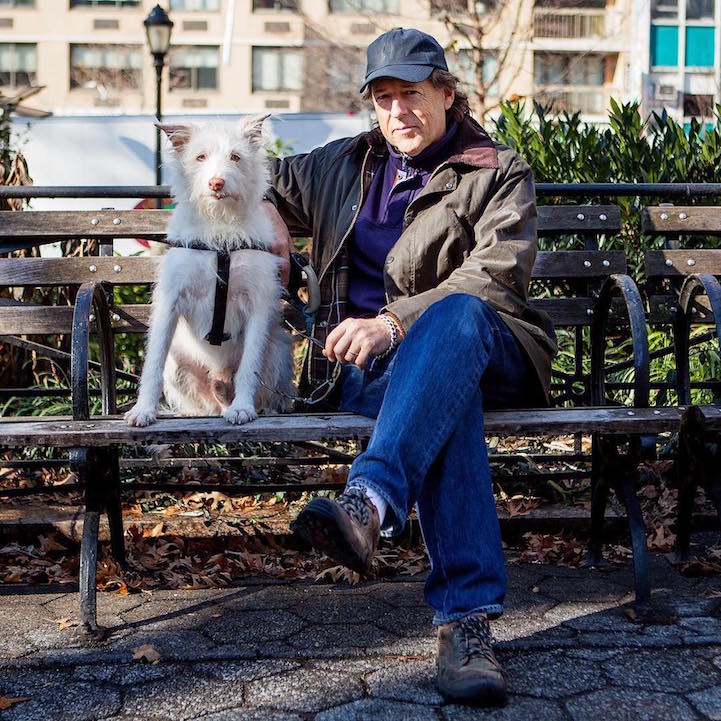 Greg + Dylan
“I found him in Banana Republic.” 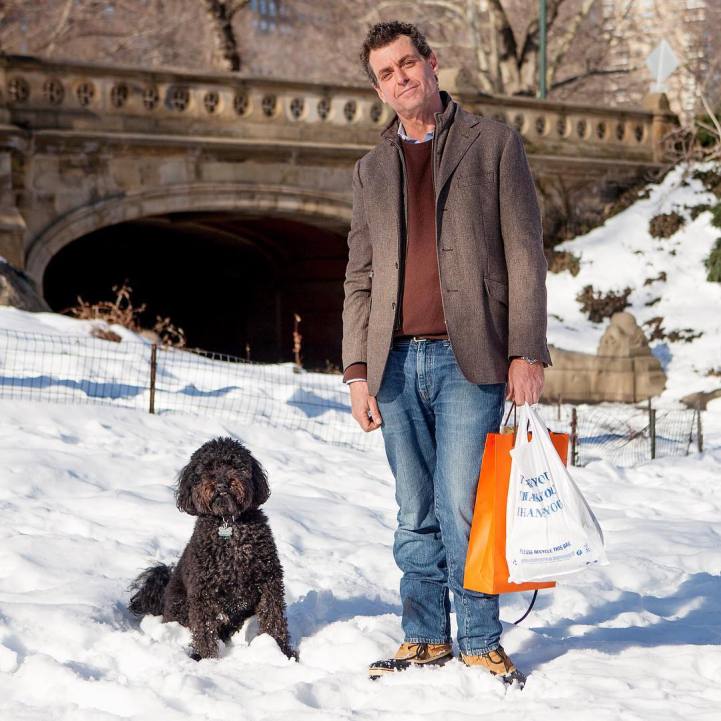 David + Hopper
“He saved my life while dealing with a bad separation. I love this dog!” 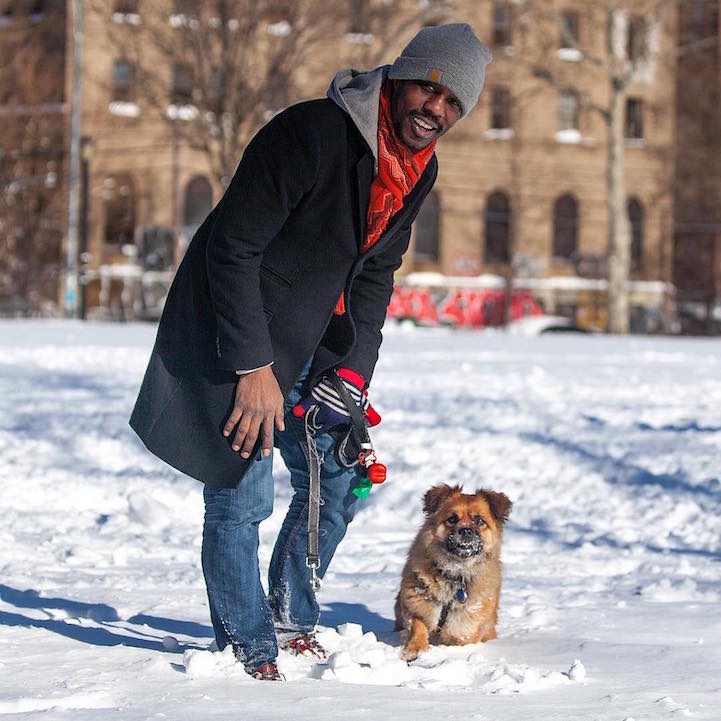 Reggie + Hugo
“He's about 4 years old, part Chow and part Pekingese. He's from a shelter in Georgia, so I thought he'd be a little scared of the snow – but he loves it!” 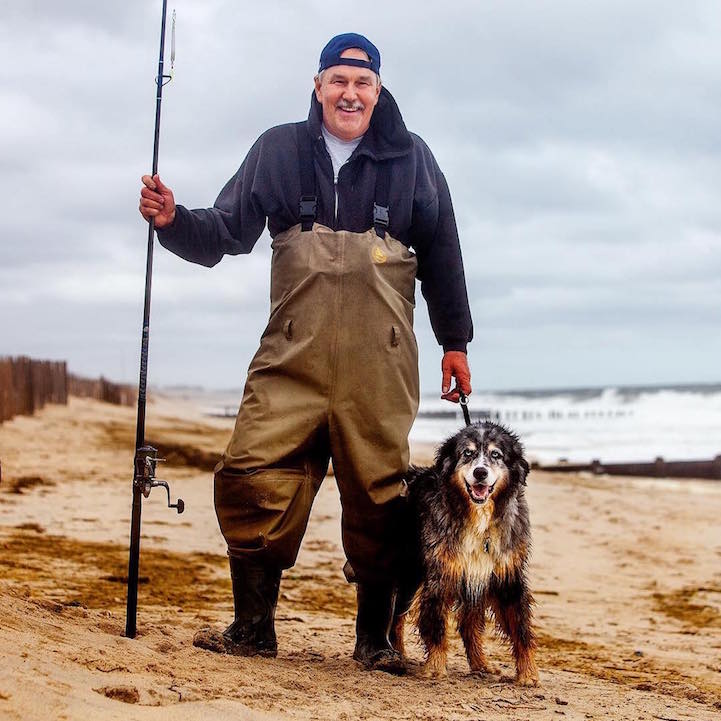 Dennis + Joey
“He's an 11 year old Australian Shepard and Beagle/Husky mix. We come down to the beach because the sand and the air and the exercise is good for him – it's good for all of us!”