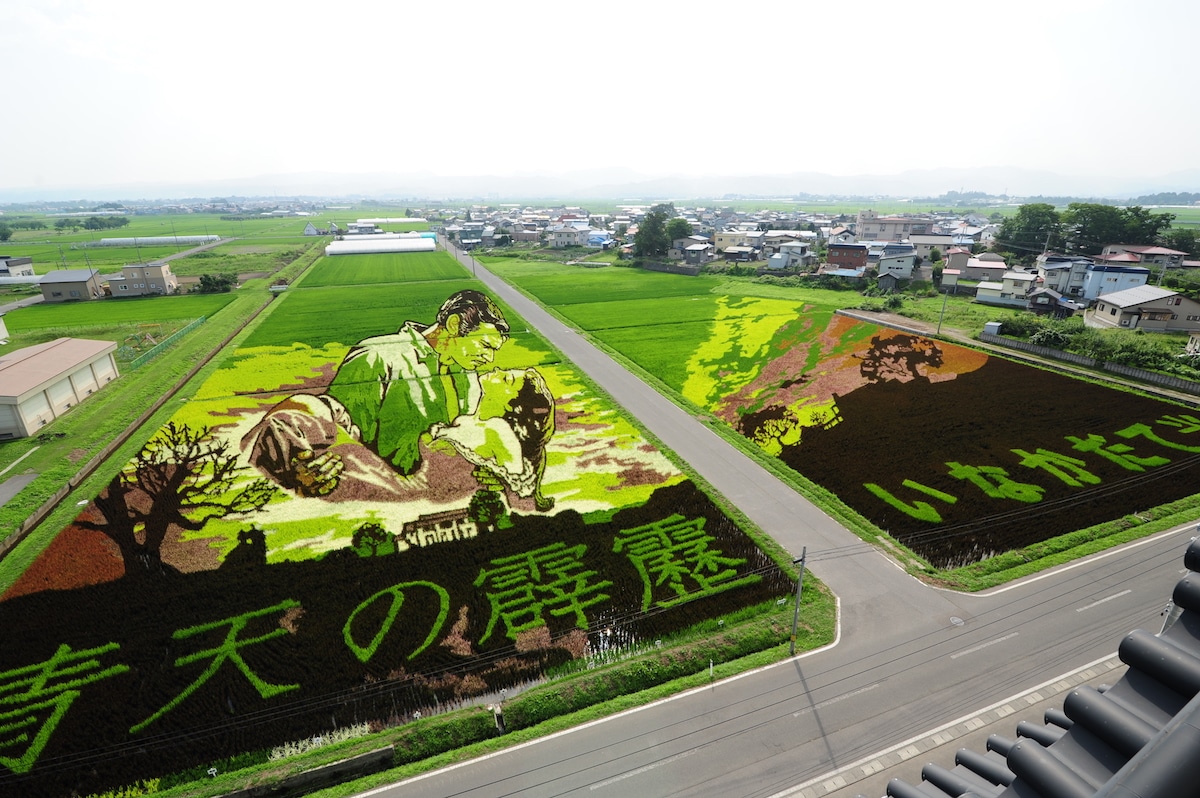 Since 1993, the village of Inakadate in northern Japan has been revitalizing its culture through amazing rice paddy art, or tambo āto. Every May, about 1,300 volunteers come together to plant different varieties of rice in an intricate design. By the time summer comes along, their hard work is in full bloom, attracting thousands of tourists to the site.

The small town, which had always been a rice farming area, formed the idea as a way to combat rising debt and declining population. Over the years, the designs have become more and more extravagant. Among the creations are homages to Western film and literature like Gone With the Wind, Roman Holiday, and Star Wars as well as many depictions of Japanese mythological characters and actors from local television shows.

These complex designs can be attributed to the planning of former high school teacher Atsushi Yamamoto. The theme is typically decided a year in advance, after which, Yamamoto begins working on the art—taking into account the color scheme and perspective. “Using a computer image-processing software, I make changes as I plan the design,” he says. “The original image may be a photograph or a detailed graphic, and may use hundreds or thousands of colors…all that is reduced to around seven colors of farm field rice.”

From about mid-June until early October, the rice paddy art can be viewed from the observatory tower. The best time to see the art, however, is in July, when the colors of the strains best suit the design. Already the village debt is a third of what it was 10 years ago due to the tourism boost. “Rice-field art has become synonymous with Inakadate,” says Fumihito Suzuki, who works at the local tourism department. “Next year, we’d like to go back to planting both sites. The vaccine rollout is progressing, so we hope that people can come and see it with their own eyes.”

The Japanese village of Inakadate is famous for its rice paddy art. 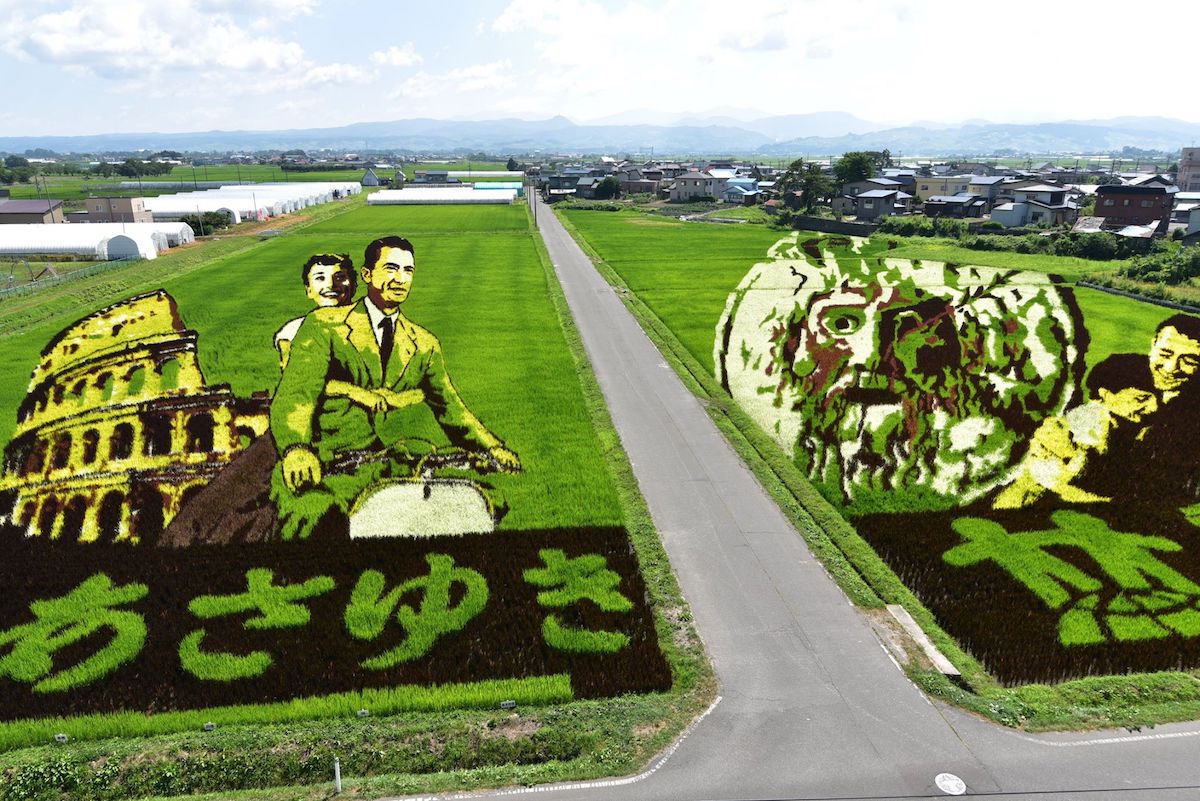 Each year, the villagers plant different kinds of rice in a unique design according to a theme. 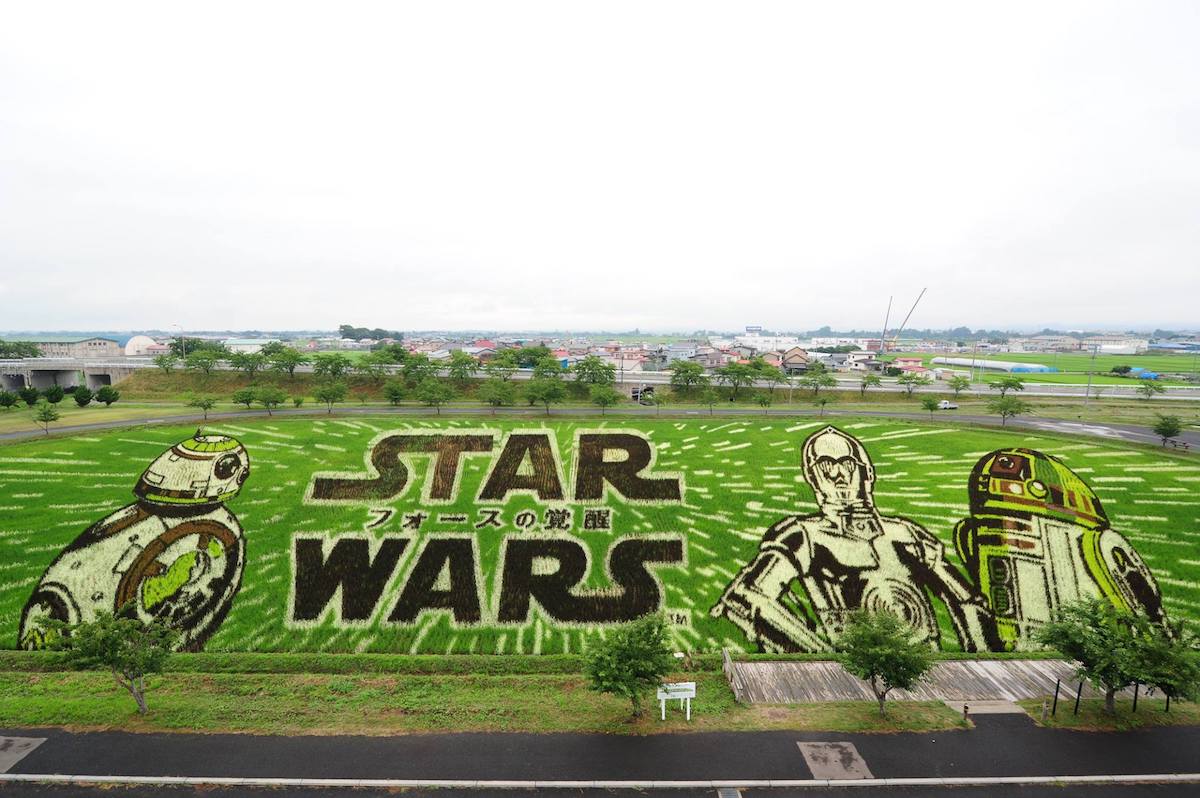 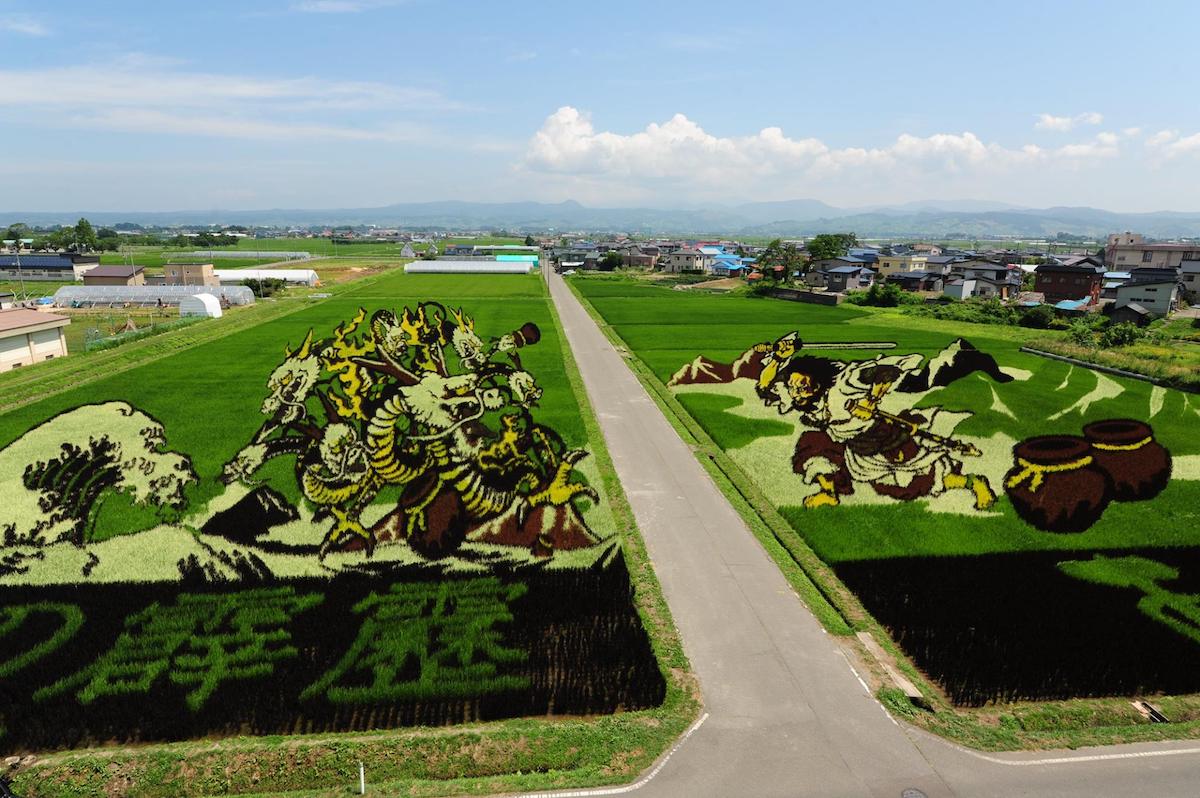 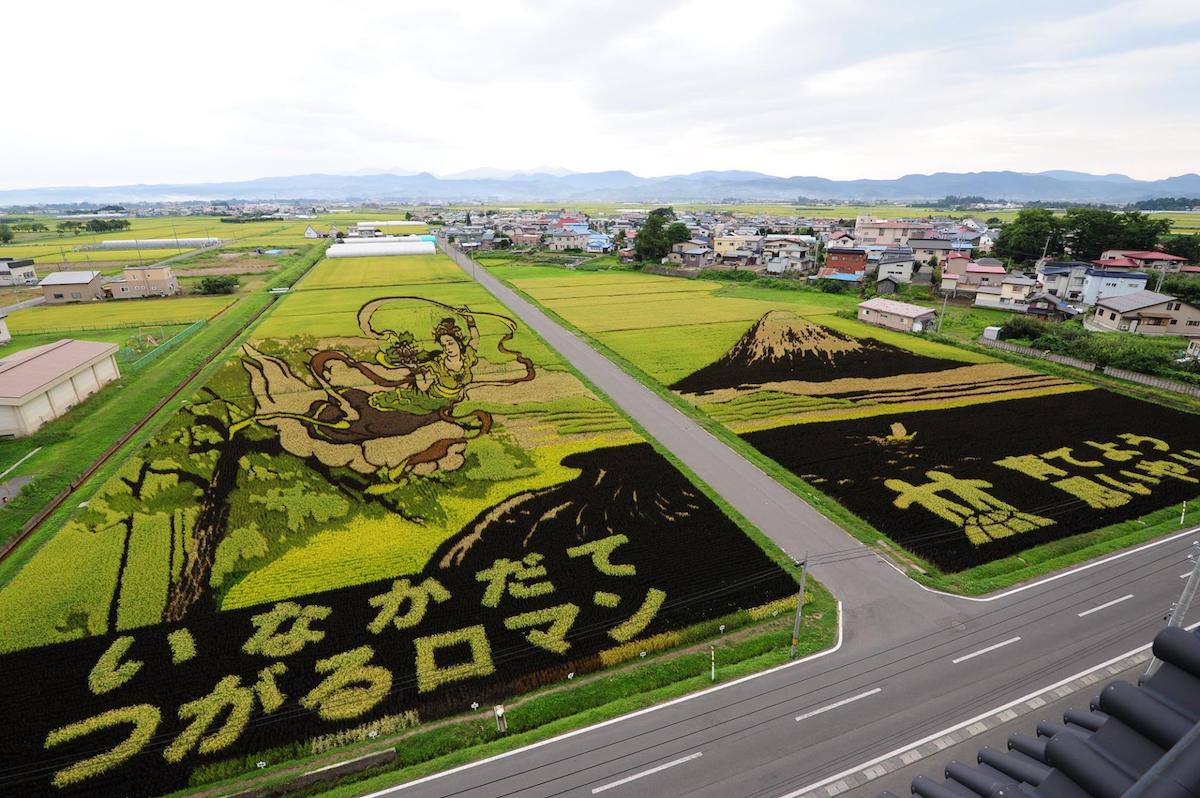 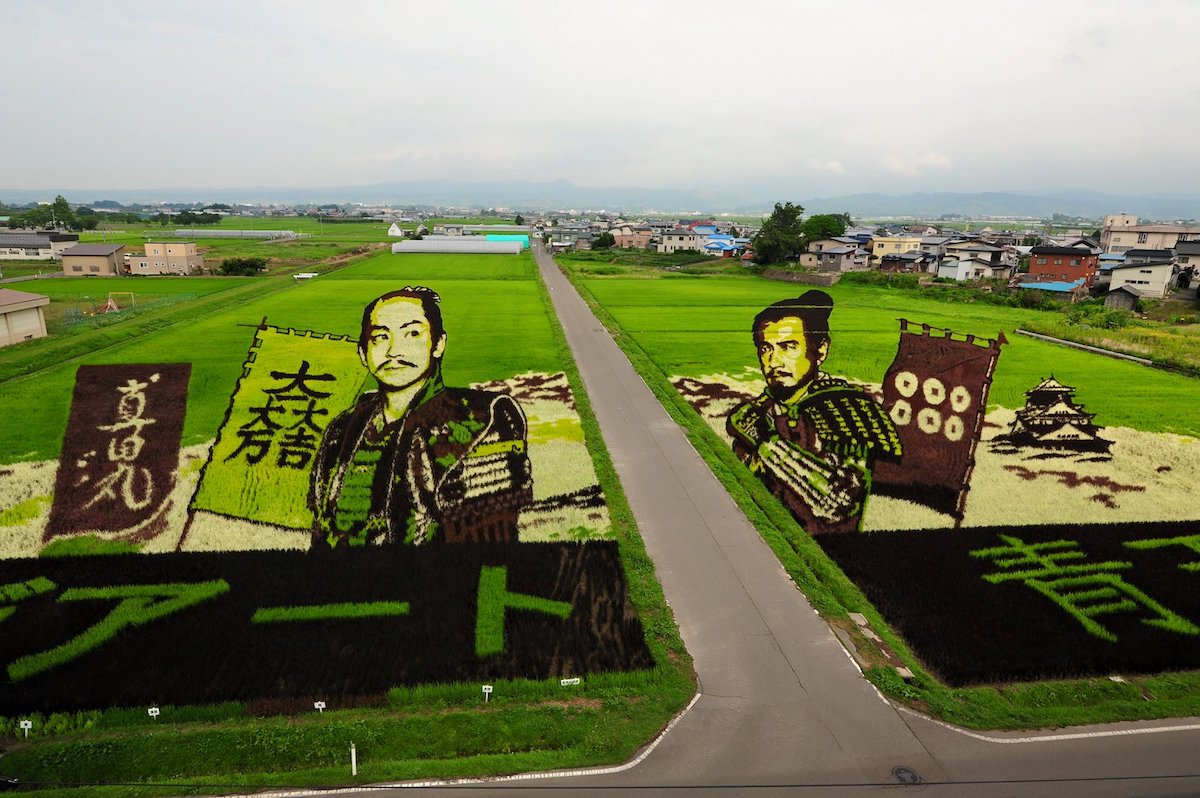 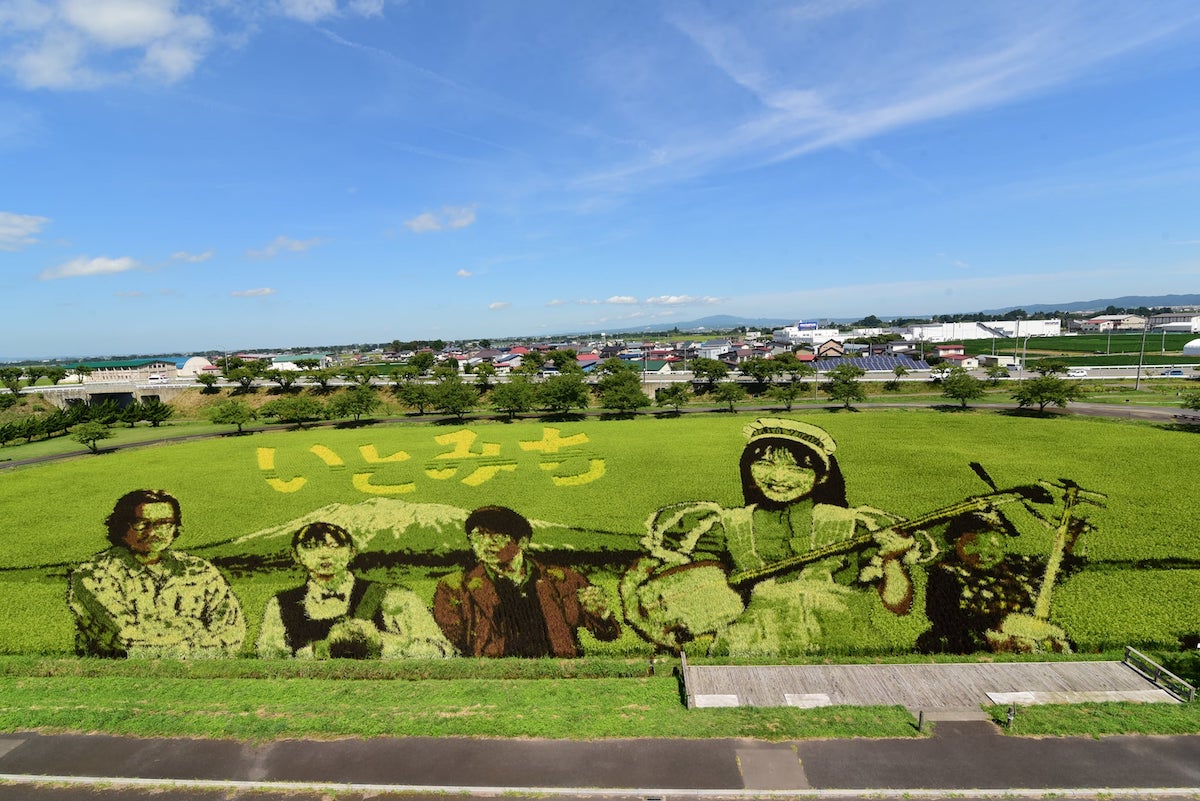 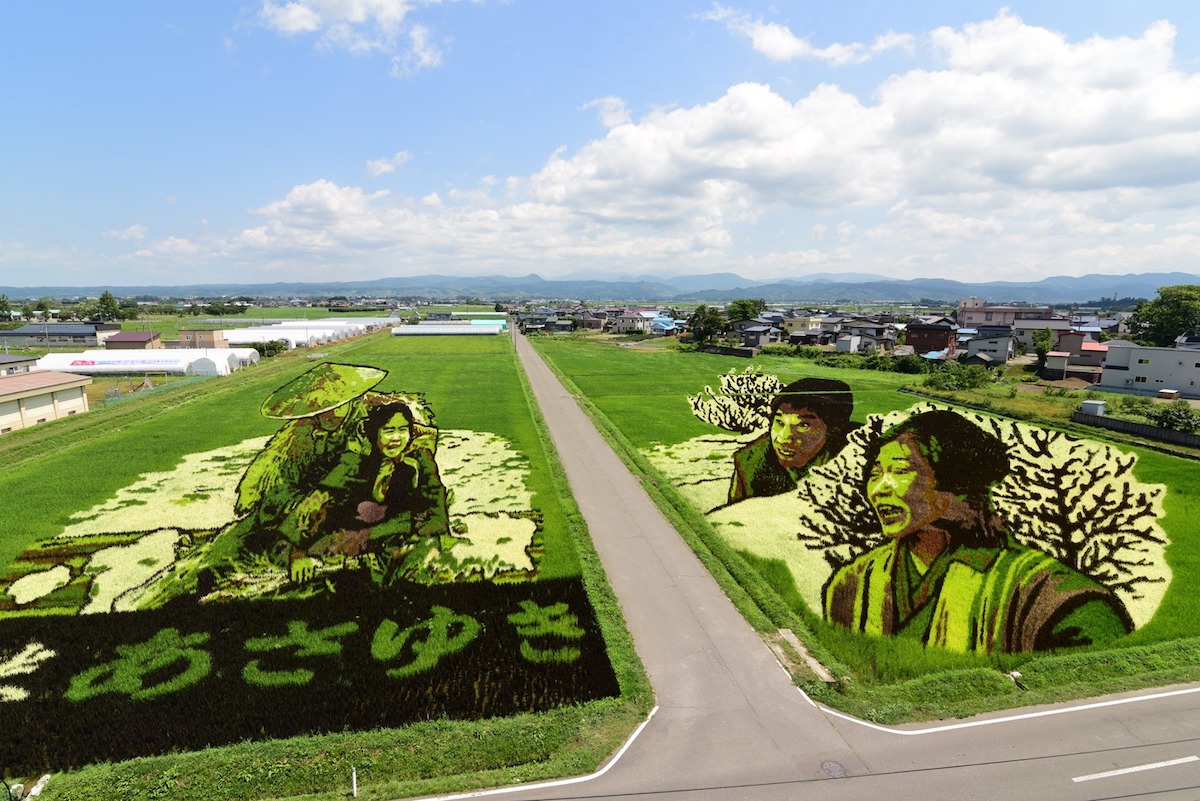 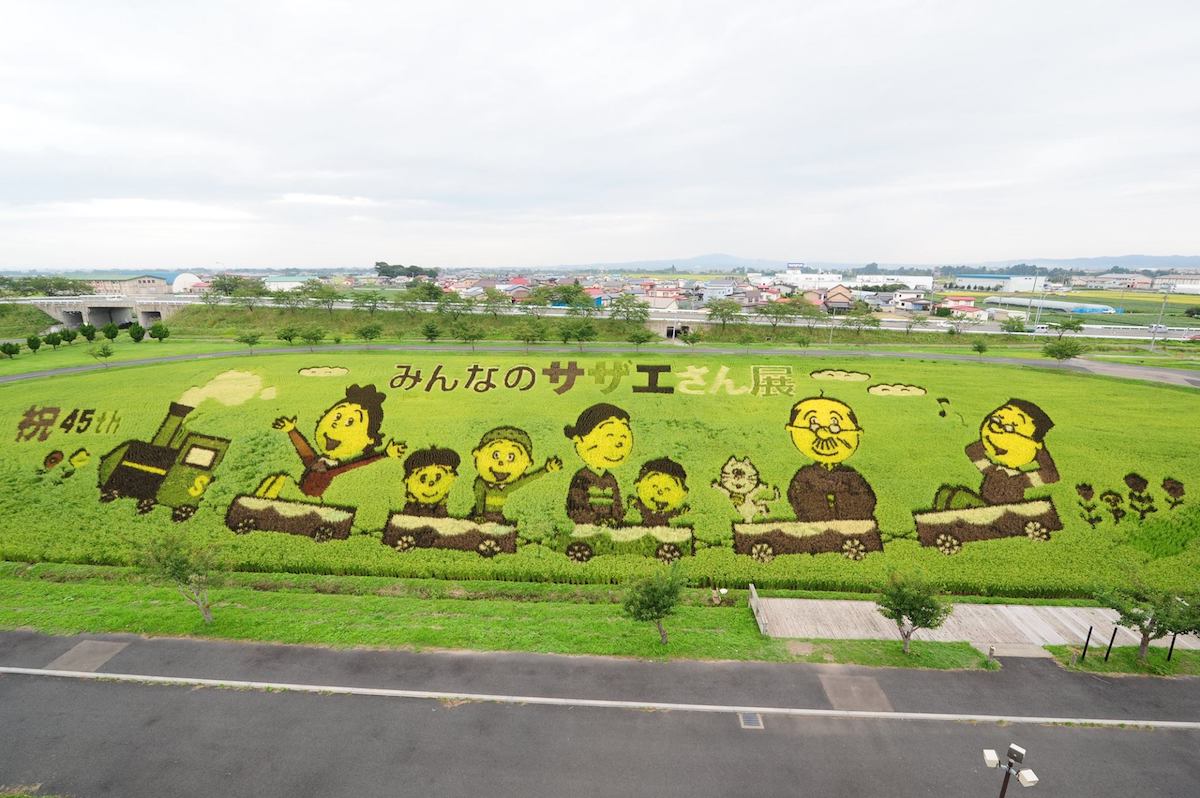 Love this art? Share
Like My Modern Met on Facebook
Get Our Weekly Newsletter
Become a
My Modern Met Member
As a member, you'll join us in our effort to support the arts.
Become a Member
Explore member benefits