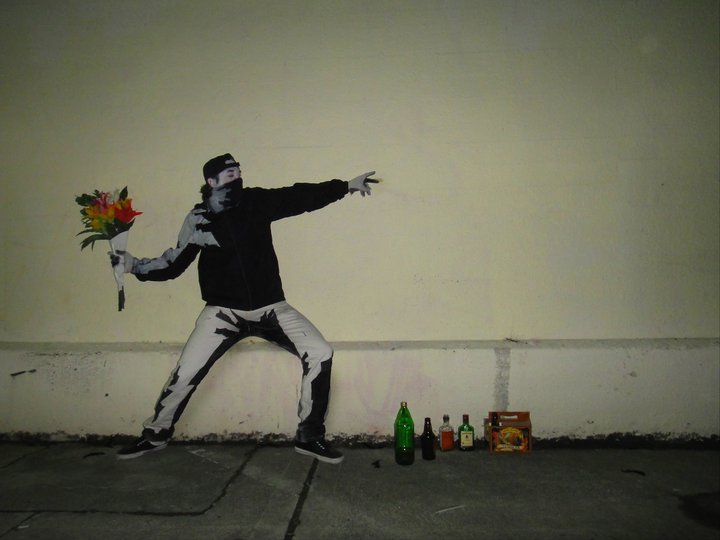 No, this isn't the classic Banksy stencil that we all know and love. It's actually an incredibly awesome Banksy costume by George Schnakenberg. Easily the best costume of the year… I caught up with George to ask him a few questions:

How did you come up with such an awesome costume?
George: “I remembered, at the last minute, that I was a made-up Banksy painting last year. A man in a business suit with a gas mask, bowler hat and a briefcase full of paint cans…although I didn't add any paint of my own. Friday night I went out to where I went last year for Halloween and it jogged my memory. I was thinking of just being something simple, using the insane handlebar mustache I had been growing for Halloween, but i kind of changed my mind at the last minute, found my Banksy book, and immediately saw my costume.”

How were able to execute the costume so flawlessly? Did you have help?
George: “I ran to Ross and TJ MAX and thankfully they had a cheap windbreaker with a raised style neck, and white jeans. I grabbed black and white spay paint and white gloves form work as well as some big sheets of white paper. I grabbed particular stems of flowers at Michaels to get the flowers right. I think the biggest help was taking a printout with me of the Banksy piece to the store. I masked in about 15 minutes in my living room. The masking definitely has a lot of flaws, but also not all of these Banksy prints of the flower thrower are the same, so it works to my advantage. I painted the white and black on the roof, and painted the top of one glove and the bottom of the other to get the fingers right at the same time as the black on the pants. 30 minutes to dry (drinks and help roommates with make-up) and then I got dressed. I got lucky that I had and adjustable black hat in my closet. “My roommate Danny, and friend Cynthia helped take photos in my room before I ran out the door. Cynthia helped me get into the pose so I could remember it later. The main shot was taken at 6 am, when I was waiting for a ride off of Treasure Island. I was able to set the camera up on a traffic cone at exactly the right height. I figured the bottles a little away from the wall would have dimension and help the illusion of flattening me out. I think the ledge also worked to my advantage to get my upper body closer to the wall without looking awkward.”

Are you a big fan of Banksy? Why?
George: “I definitely like what Banksy has done. I like how his art brought up questions of ownership and community, and the movie brings up a lot of questions of who is the player, who is getting played, and who the joke is on…is there even a joke…is it a made up joke? I don't really get into argument of the politics of ownership, but I like thinking about all the the questions it brings up and making my own conclusions. In short, he makes me think. I'm a product designer, so I like thinking about the purpose of art and design, and consequences of certain decisions and statements we make with our actions and art.” 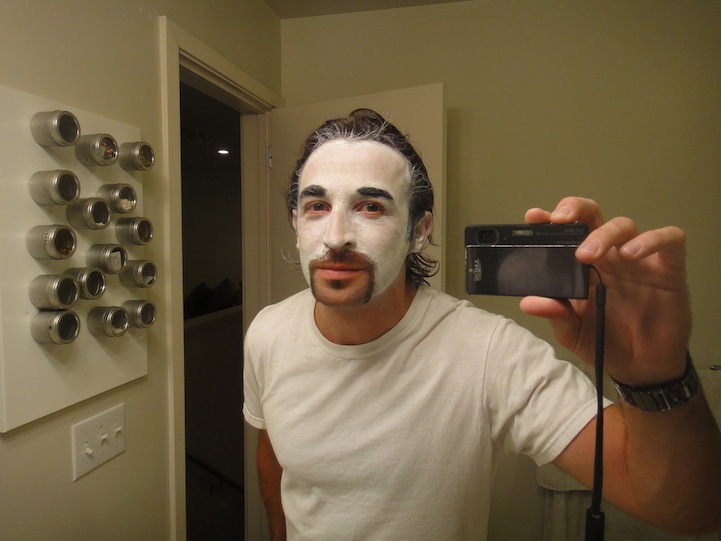 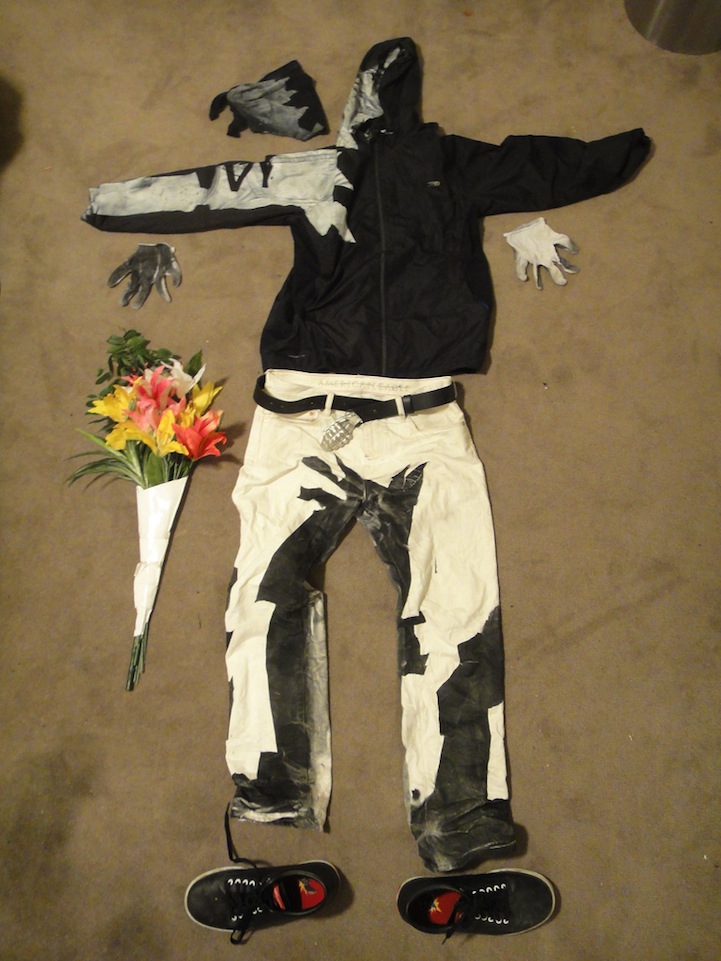 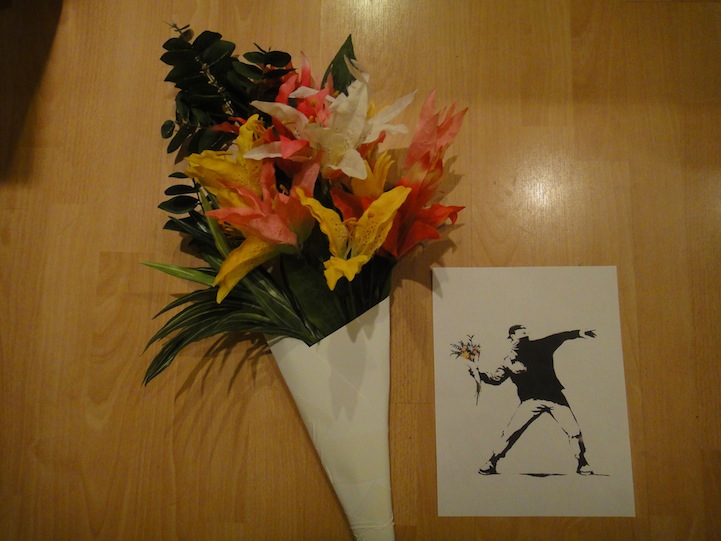 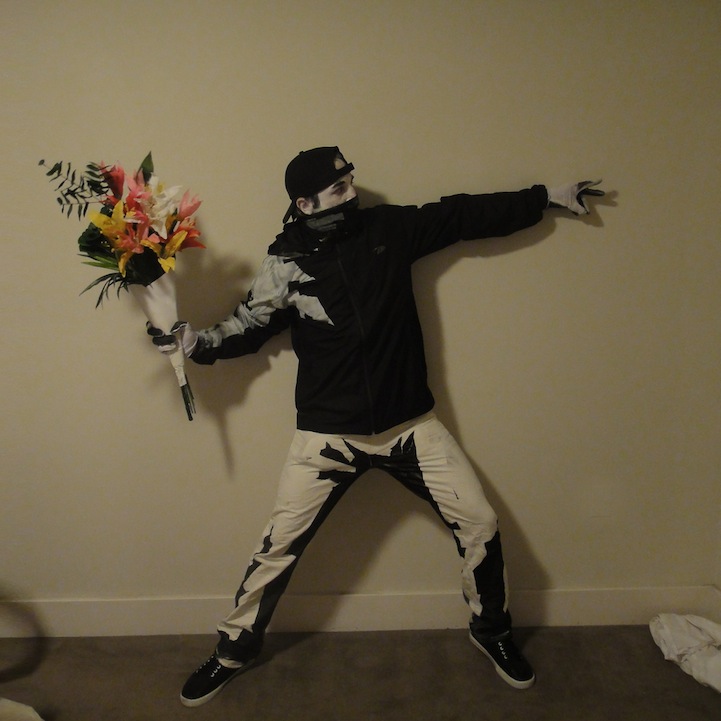 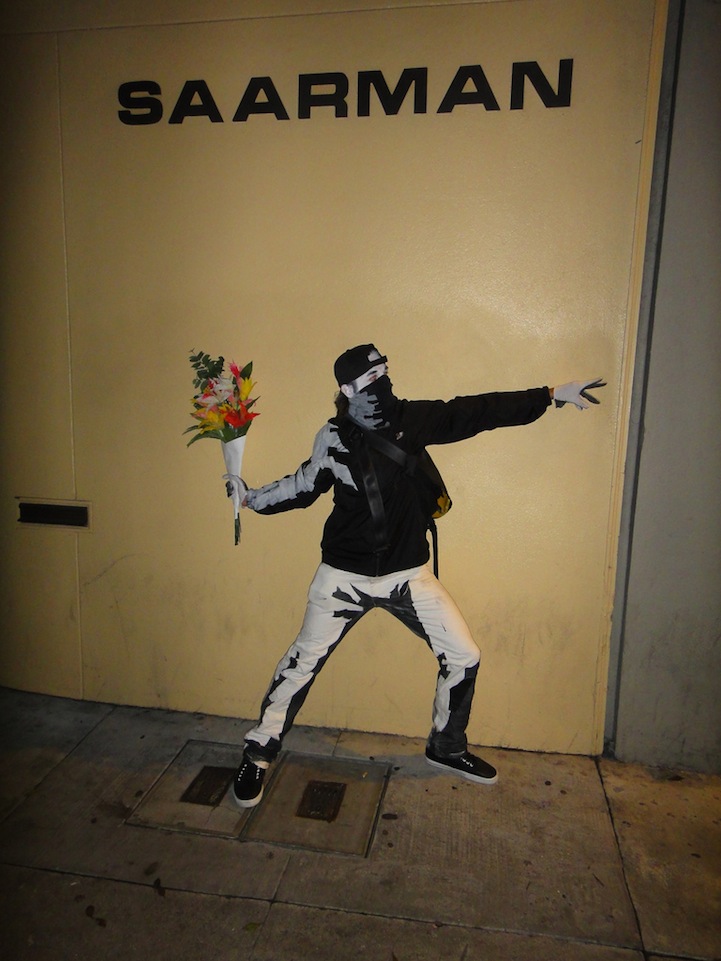 Banksy originally stenciled the “Flower Chucker” on a wall in the West Bank. The stencil shows a masked Palestinian throwing a bouquet of flowers. The image reminds area residents of a bronze angel at a nearby church and, as a result, the stencil has become known locally by some as “The Angel.” 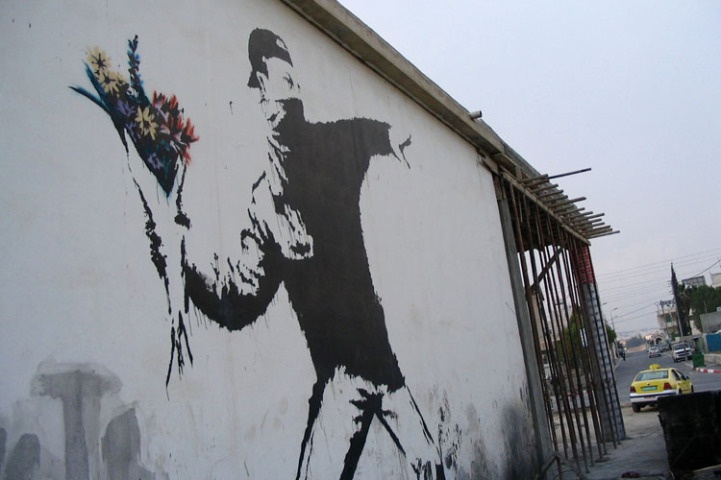