Women Who Have Shaped the Art World 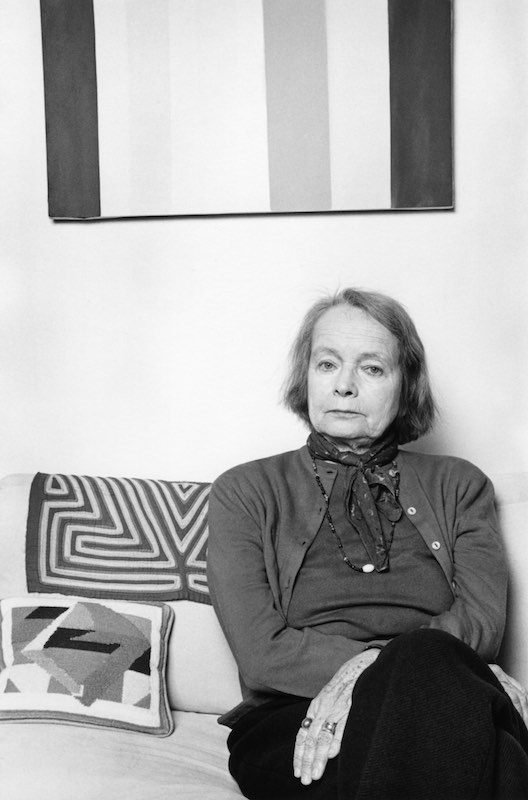 Despite being an abstract painter and sculptor herself, Betty Parsons’ biggest legacy is in her role as an art dealer. In fact, she’s considered one of the most important dealers of mid-century art and her generosity in promoting young artists helped launch the career of Jackson Pollock.

Parsons opened her New York gallery in 1946 and, at the time, was the only dealer willing to represent Pollock in the United States, as the market for avant-garde work was small. Known for nurturing artists and providing critical feedback, Mark Rothko, Ellsworth Kelly, Robert Rauschenberg, and Jasper Johns are just some of the artists she worked with.

Throughout her life, she continued to spend her weekends painting in her Long Island studio and ran her gallery until her death in 1982. As painter Helen Frankenthaler said, “Betty and her gallery helped construct the center of the art world. She was one of the last of her breed.”

Ward began her career in fashion, working as an aid for Christian Dior. After moving to New York, she started the Stable Gallery in 1953. The gallery was known for showcasing emerging, controversial artists throughout the 1950s and 1960s. It was there that she organized the first solo shows for Andy Warhol, Cy Twombly, and Robert Indiana. Robert Rauschenberg was working as a janitor for the gallery when Ward took a chance on him and displayed his now famous all-black and all-white paintings.

Ward also helped promote renowned sculptor Louise Bourgeois early in her career and Stable was one of the first galleries to exhibit photography as a serious medium. Always forward thinking, Ward also gave a platform to performance artist John Cage and often staged theatrical installations with artists. The Stable Gallery closed in 1970, as Ward tired of the commercial aspect of the art world. Still, Ward’s legacy as an influential tastemaker has endured. Though she passed in 1984, she is still remembered for helping shape the New York art scene during these pivotal decades.

Romanian-American art dealer Ileana Sonnabend is credited with introducing American art to Europe. After opening the Sonnabend Gallery in Paris in 1962, she helped American Pop Artists Andy Warhol and Roy Lichtenstein establish a market for their art in Europe. Later, she relocated to New York and helped make the SoHo neighborhood one of the capitals of the international art scene.

The SoHo gallery specialized in European and American conceptual art, Arte Povera, and minimal art. In the mid-1980s, the gallery helped introduce artist Jeff Koons on the art scene and establish him as a force in the contemporary art world. After her death in 2007, her heirs sold part of her post-war art collection for $600 million and, in 2014, the MoMA honored her contributions to the art world with the exhibition Ileana Sonnabend: Ambassador for the New.

The sister of Qatar’s ruling Emir, Al-Mayassa has been called “the undisputed queen of the art world” by Forbes. As the chair of Qatar Museums, it’s estimated that she has a $1 billion annual acquisition budget. This places her firmly at the top of the art world and she’s used her position to bring works by Cézanne, Rothko, Warhol, Bacon, and Damien Hirst to the Middle East.

In 2015, it’s believed that she purchased Gauguin’s When Will You Marry? for $300 million—making it the most expensive painting in the world. With such enormous spending power, Qatar—and Al-Mayassa—are driving the current international art market. Currently, several new museums are under construction, including the National Museum designed by Jean Nouvel and Herzog & de Meuron’s Orientalist Museum.

Al-Mayassa doesn’t often grant interviews, but in a 2012 TED Talk, she discussed some of Qatar’s motivations behind their growing art collection. “We are revising ourselves through our cultural institutions and cultural development. Art becomes a very important part of our national identity.”

12 Revolutionary Art Movements That Have Shaped Our Visual History

Fascinated by the history of the arts?