By Madeleine Muzdakis on October 6, 2020 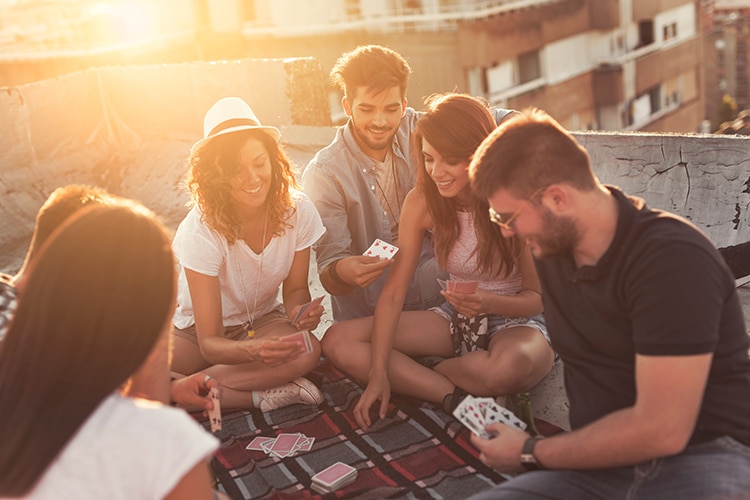 Are you looking for your next favorite card game to play with family and friends? Look no further than this list of six exciting, international card games. While it can be daunting to learn a new game, learning and laughing with loved ones is well worth taking the time to build your repertoire of card games. Once you get started, you may be surprised to notice similarities between new games and ones with which you are already familiar.

Card games and their fundamental concepts have spread with human travel through cultures and across oceans. Most games fall within several standard categorizations—trump games, fishing games, trick-taking games, and shedding games.

A Brief History of Card Games

Card games are thought to have originated in China around the year 1000 CE. Often block-printed, early Chinese cards may have been used in addition to other game pieces such as dice. Other early playing cards were found in Mamluk Egypt (the period about 1250-1517). The suits found on Mamluk cards—cups, coins, swords, and polo sticks—influenced the development of Latin cards, the earliest medieval European playing cards. Card games and card decks became popular in the late medieval and Renaissance period, resulting in Germanic variations with new suits such as acorns. A mix of Latin and Germanic suits developed into the well-known French-suited deck now seen globally. 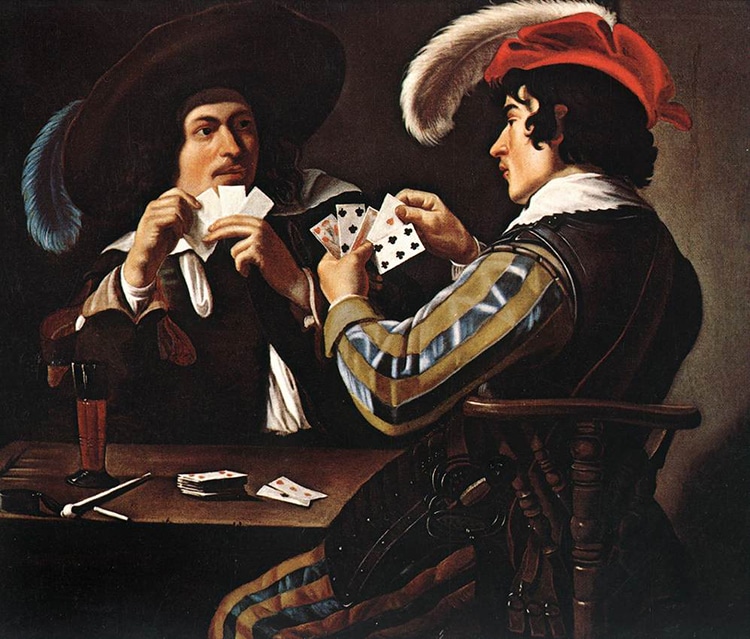 Most Americans think of card decks as 52 cards in four suits—hearts, diamonds, spades, and clubs. However, this style of card deck is only one of many which are in use internationally. The cards commonly used in America are a French-suited deck. Other suits exist and are called standard patterns. For example, modern Italian card decks have four suits—cups, coins, swords, and clubs (or batons). Italian decks are often stripped decks, meaning the cards number less than 52. Italian decks number 40 cards as the 8s, 9s, and 10s have been removed or are not included. Other decks of cards may be game-specific and lack suits altogether, such as Mexican Lotería cards. Make sure to use the right cards for each game. 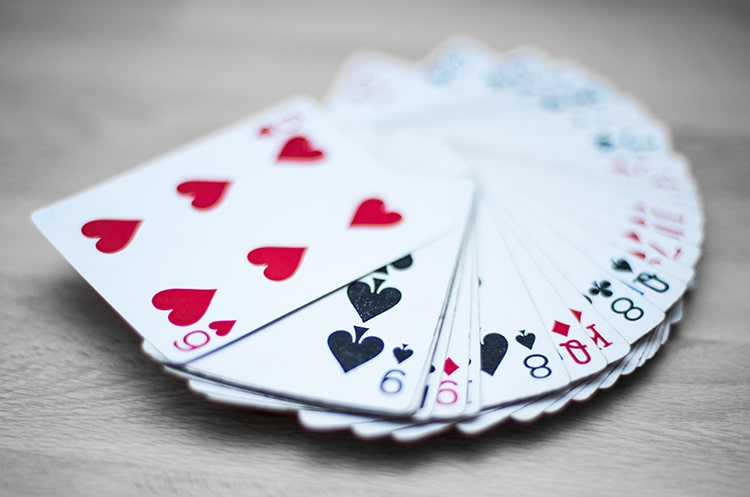 A French suit deck of 52 cards, as most commonly seen in the United States. (Photo: Stock Photos from IAN DIKHTIAR/Shutterstock)

Popular Card Games From Around the World

Lotería, a Mexican game of chance 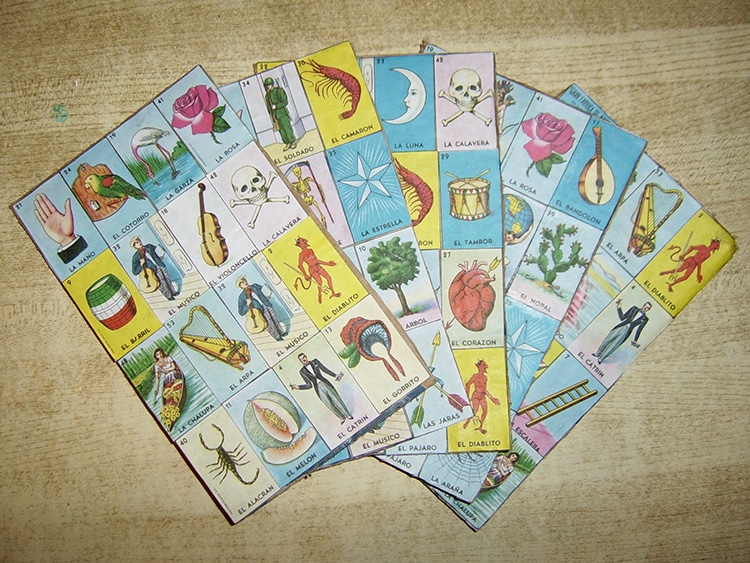 The Mexican game Lotería requires a special deck of 54 cards. Each card has a picture, name, and number. A tabla (board) of 16 images is chosen by each player. Similar to bingo, cards are drawn at random and players mark the called cards on their boards with dried beans or chips. When a player has achieved the desired objective (be it a row, column, or diagonal), they shout “¡Buena!” to announce their victory. While the 54-card deck has a set of traditional names and images, you can find themed sets such as a pandemic-themed set (by Rafael Gonzales Jr.) with Zoom and toilet paper cards. 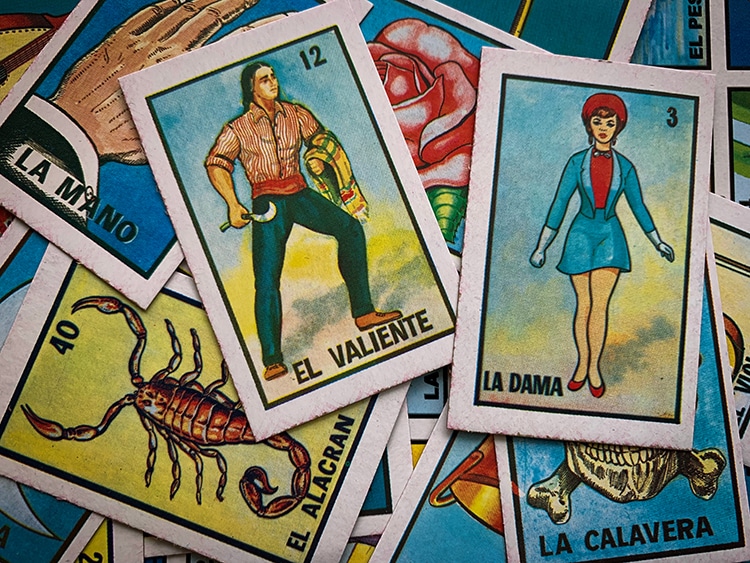 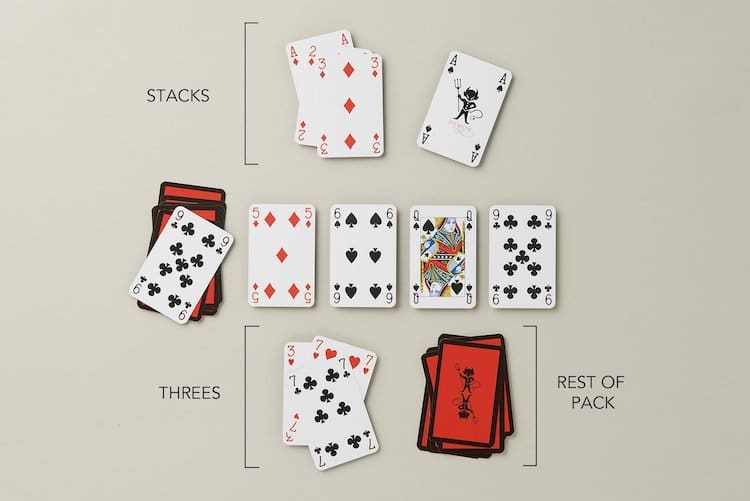 This high-speed card game goes by multiple names. First known as Racing Demon when the game emerged in the early 20th century in England, Americans who imported the game called it Nertz or Pounce. To play, each player needs a standard 52-card deck with a unique color or design. Ideal for two to eight players, the goal is for a player to get rid of their deck of cards first. Players do so by communally building in sequence rather like a group game of solitaire. Grab some decks of cards and check out the detailed instructions for this fun game. You can even buy special sets of cards meant for Racing Demon, and (although this is not necessary) it can be stylish. 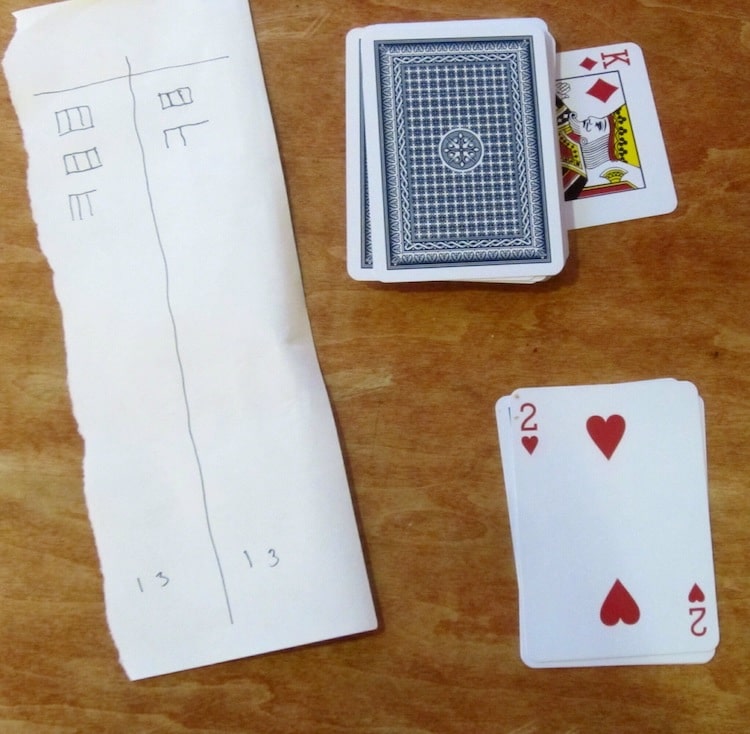 Photo: Around the World in Eighty Games

Pişti (pronounced “pishti”) is a Turkish fishing game. Also played in Cyprus, the game is known as Basra and variations exist throughout Lebanon and the Middle East. Fishing games have the objective of collecting cards under a series of rules. Pişti is played with a standard 52-card deck. Four players discard, trying to match the number of their card to the card below. In this way, a player can capture the discarded cards. A jack allows a player to automatically capture the cards any turn. The captured cards are worth specific point values. To learn more about the scoring and rules, you can find detailed instructions online. 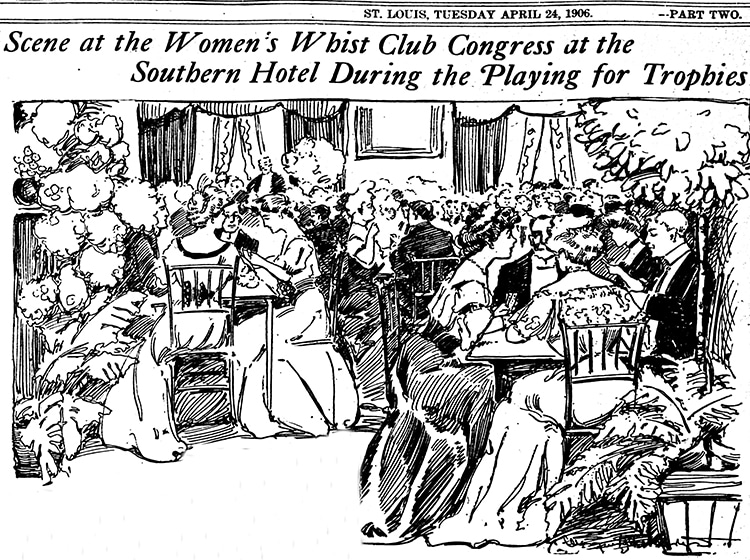 In Jane Austen's Pride and Prejudice, the laughable Mr. Collins sits down to a game of whist at a Longbourne party. Mr. Collins knew little of the game, but probably because he lacked these excellent instructions. Whist developed in England during the mid-18th century. Popular at social gatherings, it is a trick-taking game where the goal is to win as many tricks as possible. (A trick is the set of cards played in one round, after all players have thrown a card.) Two teams of two face off. After a card is led, other players must follow the suit unless they have no cards of that type. In that case, the player may trump—a predetermined suit that beats the others. You can use this historical card game to teach children or new players how to use trump cards—a skill also relevant to the popular games Spades and Euchre. 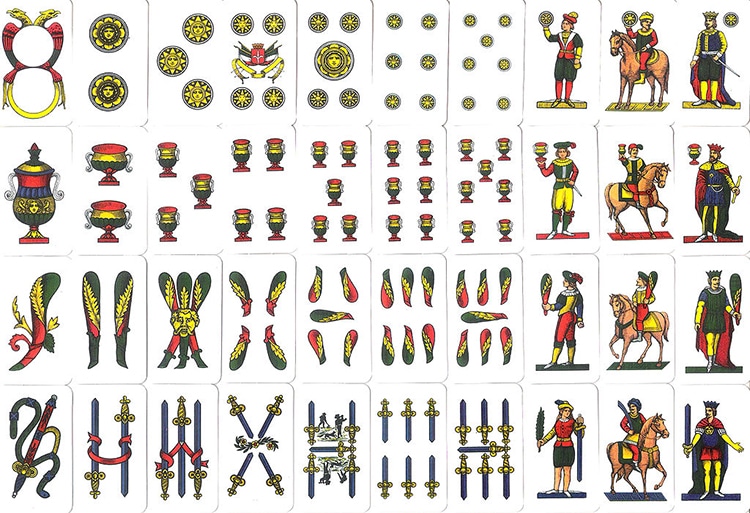 Briscola is a great game to try out an Italian-suited 40 card deck. You can play the game with a standard deck, but you must create a stripped-deck by removing the 8s, 9s, and 10s. Like Whist, Briscola is a trick-taking game. However, in this Italian game, the cards are ranked by worth in an order which may surprise—ace, three, king, queen, and jack are worth points ordered from most to least. Both two-player and four-player instructions are useful to learn the ins and outs of this popular Italian pastime. 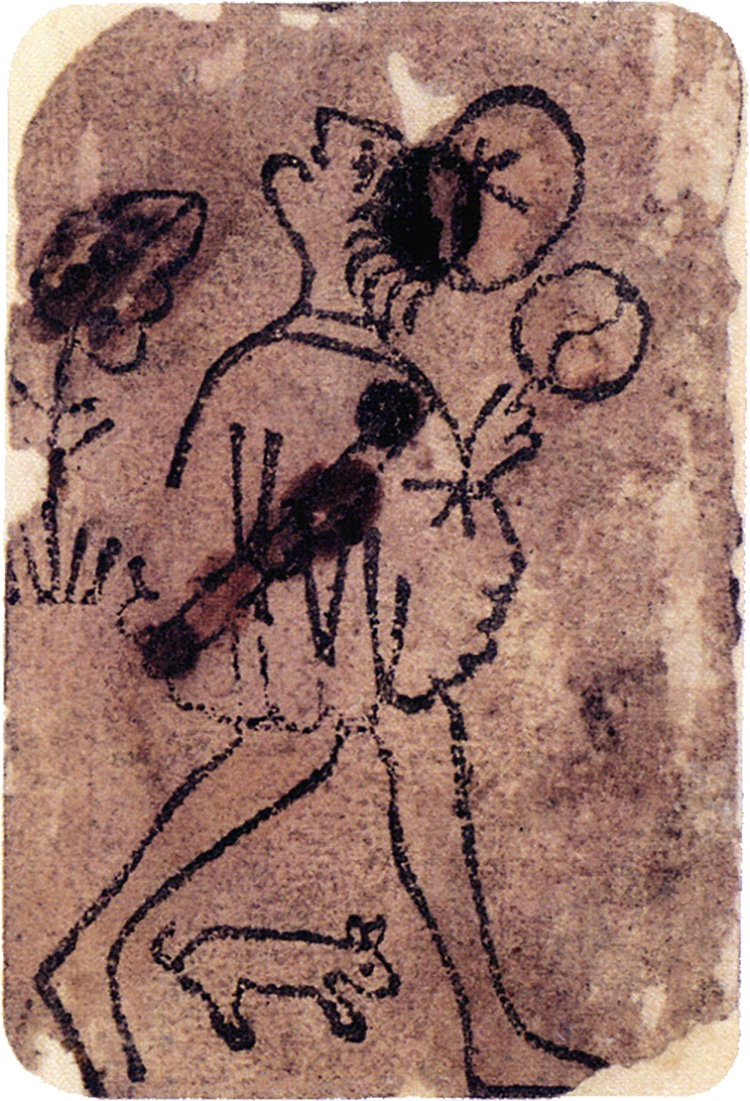 The knave of coins from the earliest known Italian playing cards, produced between 1390 and 1410. (Photo: Wikimedia Commons [Public domain])

Big Two (or Deuces) is a shedding-type card game which likely developed in China during the 1980s. Using a standard 52-card deck, the object is to rid oneself of all of one's cards. Cards can be played in certain combinations, including familiar poker combinations such as straights, flushes, and full-houses. The rules are a bit more complex than those of Whist or Lotería, but for poker fans this game is perfect for game night.