Interview: Introducing the World to the Late Nikolai Astrup, the "Lost Artist of Norway" 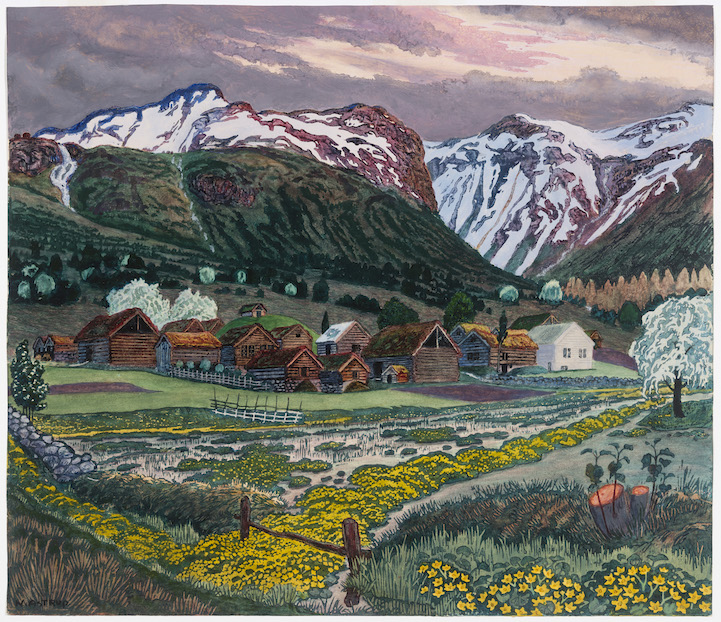 Painter and printmaker Nikolai Astrup is a household name in Norway, yet the rest of the world is just now learning of his immense talent. While he has been compared to other notable Norwegian artists such as Edvard Munch, Astrup's body of work boasts its own distinctive qualities. His use of vibrant colors and illumination gives his pieces a romantic hue, revealing Astrup's undying love for his country.

Though the overarching focus of his work was landscapes, the painter managed to capture exactly what made these scenes special: the Norwegian people. He often included characters dancing during Midsummer's Eve bonfires, foraging, or interacting with the land surrounding his home district of Jlster, highlighting the distinct mood of any given moment in time. Even after his passing in 1928, this cultural part of his legacy continues to live on.

For the first time, Astrup's stunning paintings and prints will be on display outside Norway at London's Dulwich Picture Gallery. From February 5th to May 15th, the Nikolai Astrup: Painting Norway exhibit will feature over 90 pieces, including never-before-seen creations from private collections.

To learn more about Astrup's background and technique, the Dulwich Picture Gallery's curator and communications manager kindly answered some of our questions. Scroll down to read the exclusive interview. 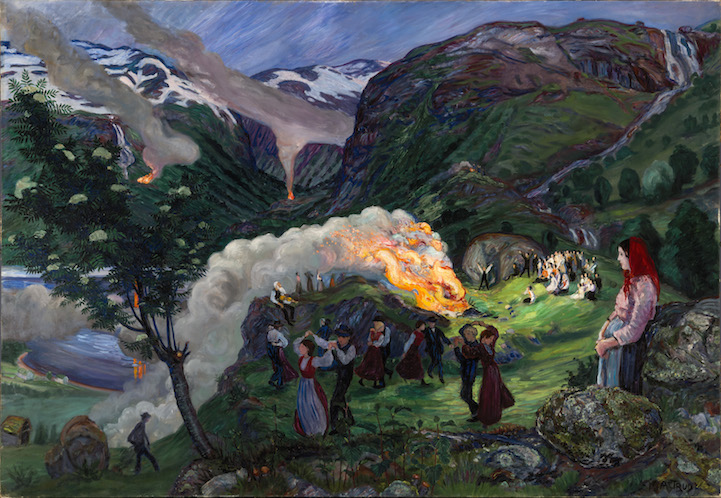 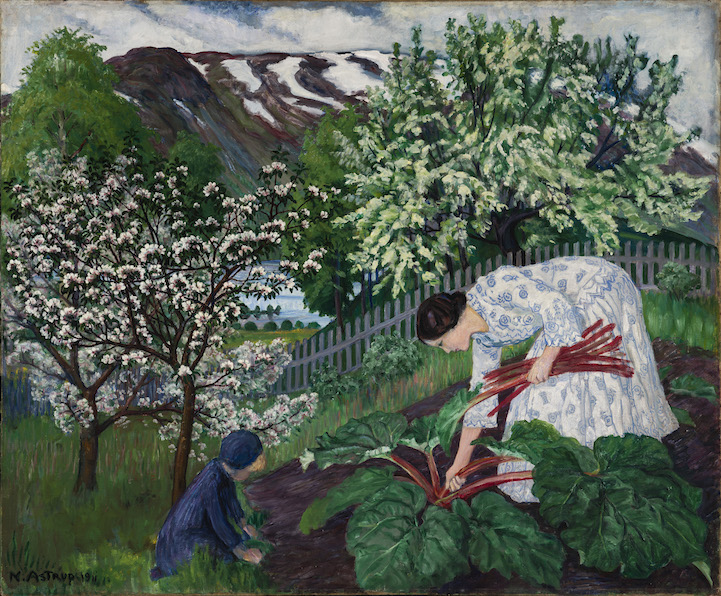 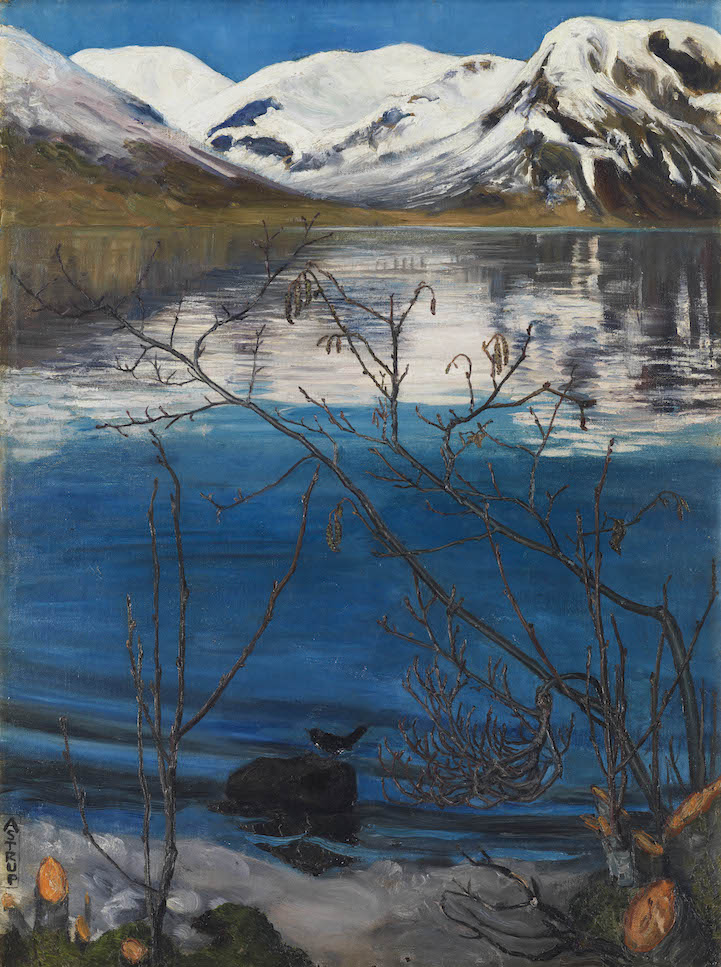 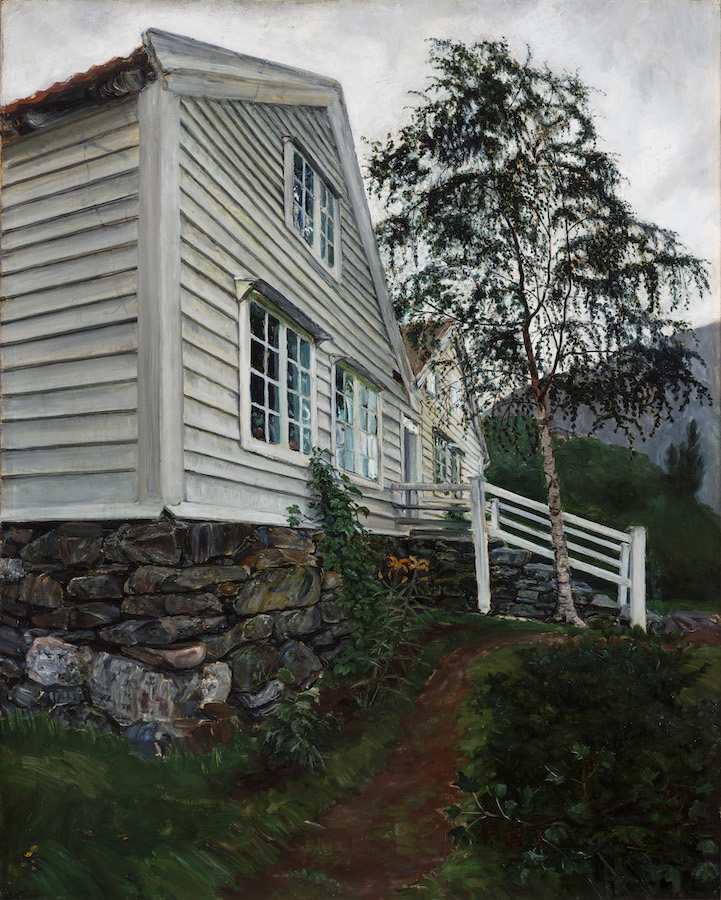 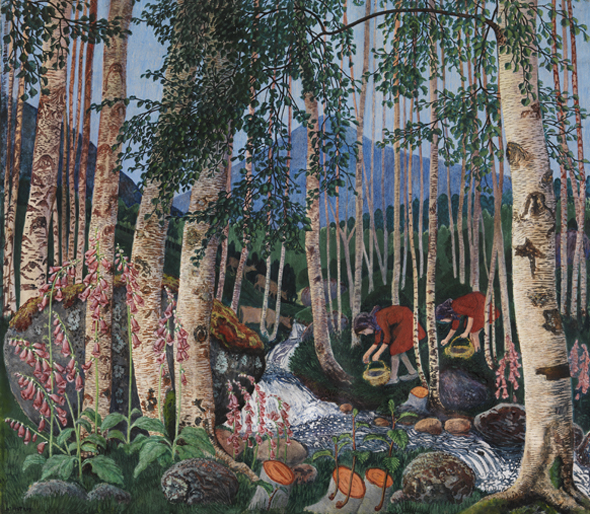 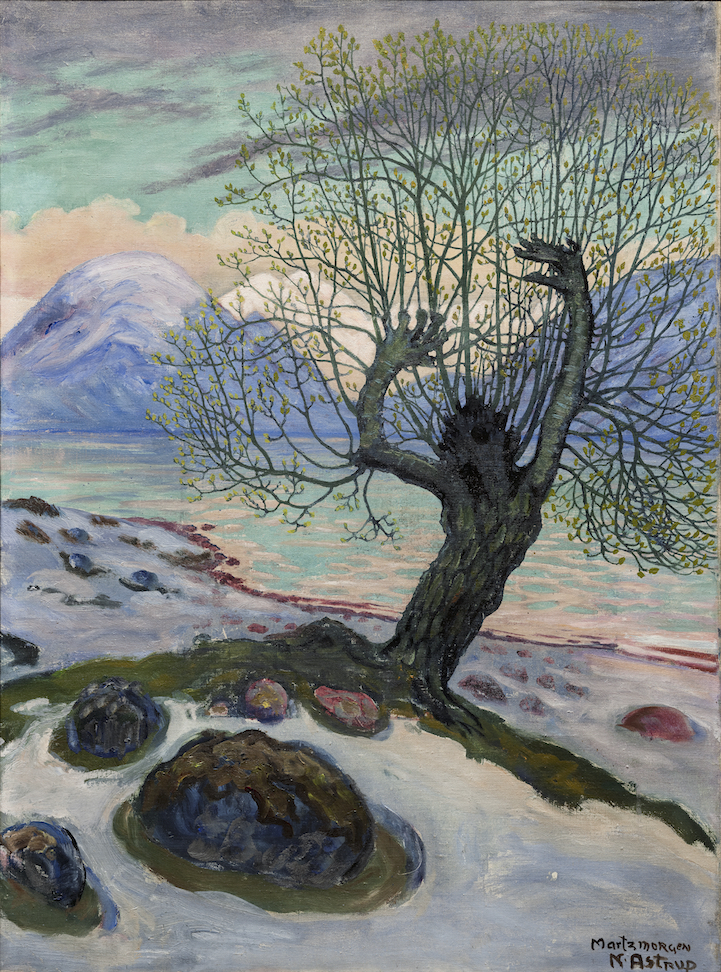 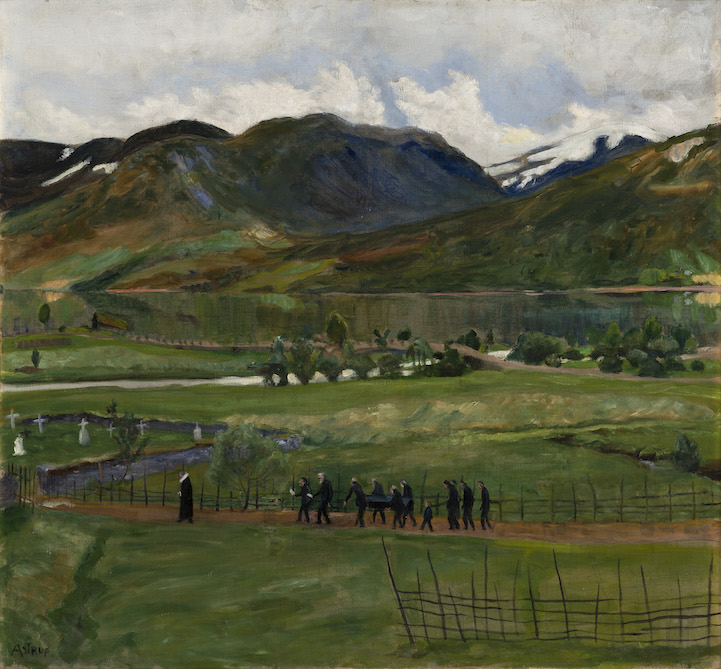 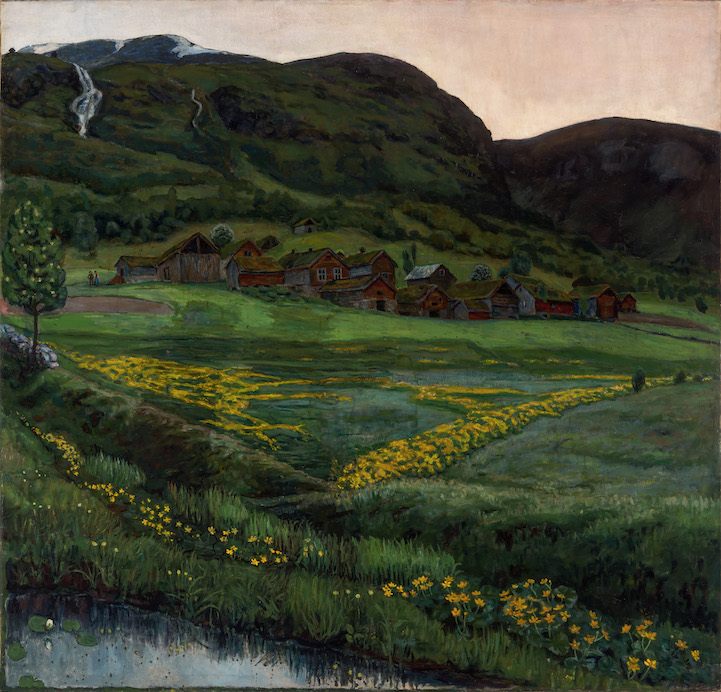 My Modern Met (MMM): Why do you think Nikolai Astrup is often referred to as the “lost artist of Norway”?

Dulwich Picture Gallery (DPG): The fact is there's only one Norwegian artist that most non-Norwegians could name, and that is Edvard Munch, whose global reputation tends to blow all other candidates for our attention out of the water. But the case of Astrup is interesting–by limiting himself deliberately to a very specific landscape, that of his home territory of Jlster in western Norway, and by dedicating himself to creating a Norwegian visual language, he was inevitably targeting a non-international audience. If he is a ‘lost artist' it is most definitely OUR loss! Norway has always valued him.

MMM: Do you think that Astrup and fellow Norwegian artist Edvard Munch are comparable?

DPG: The two artists knew of each other's work–although, when he was a teenager, Astrup was irritated by what he then saw as a lack of finesse in the older artist's work (that was before he had been to Germany and Paris and got ‘up to date' with what was happening on the contemporary scene).

There are similarities in their landscape work–both, like other Norwegian artists of their generation (and earlier generations), were fascinated by the particular atmosphere of long, Nordic summer nights. Both were also intent on recapturing the vividness and impact of childhood memory. Astrup's figure style shows, in some paintings, a similar aesthetic, particularly when painting women. Both used bright and intense colors. But crucially, Astrup was not expressionist in his use of color; and that is a key difference. His colour is intense because he rejected the ‘trickery' of neo-impressionism; he believed that, in western Norway, the eye saw colors purely and directly without any aerial perspective. There is also a bit of Ibsen-like angst within Astrup's work; the same cannot be said of Munch, at least in the 1890s.

The over-riding similarity between the two is visible in their approaches to print-making. Both were radical innovators, and Munch in fact owned three of Astrup's prints–no doubt sensing a kindred spirit in that regard at least, although there is little similarity between their works in this medium. So, it is only accurate to compare Astrup with Munch in that they are contemporaries, both are highly visually articulate and well-informed, both share a Norwegian background, and both produced masterpieces.

MMM: If you could describe Astrup's style in less than five words, what would they be?

MMM: Do you feel that Astrup authentically portrayed his homeland?

DPG: In nearly every private collector's home that I and my co-curators visited in researching this exhibition, it was noticeable how often the Astrups occupied pride of place, often against considerable competition. Time and again, Norwegians affirmed that Astrup got Norway exactly right–for them, this is what Norway looks like. And because he was particularly focussed on capturing mood through naturalism, his work not only records the appearance of the landscape, but more importantly the atmosphere and the shifting moods of the place: a true ‘sense of place'.

MMM: What would we be surprised to learn about Astrup and/or his technique?

DPG: He made damn fine rhubarb wine–famous for it.

In print-making, he didn't use a printing press, everything was done by hand. He used oil paint rather than printing ink, the paper was laid on the wood block, and rubbed with a stick wrapped in cloth on the back of the paper to transfer the image to the paper.

Sometimes, he used the print as the basis for a painting, instead of a drawing.

Sometimes, on a painting, he would add a detail by printing onto the canvas with a woodblock.

MMM: Overall, what do you think Astrup is attempting to convey in his work?

DPG: It's about mood. But, the hidden agenda behind that is his very individual relationship with his own childhood vision. Very often, the themes, and sometimes even the compositions, of his work related directly back to something seen through his inner child's eye. This is something special to him–most of us retain relatively few memories of our childhood selves. To Astrup, his childhood self and how he saw things then were intensely present with him all throughout his life. He was always trying to recapture that sense.

MMM: What do you hope viewers take away from your Nikolai Astrup exhibit?

DPG: Visitors will come to understand Astrup's particular relationship with ‘childhood memory' and how it informed his work. They will also learn about his continued interest in Norwegian folklore, myth, and traditions, along with how these informed his work. Above all, they will discover Astrup's fascinating life and passion for his home in Western Norway–the ‘magical' landscape of which really comes to life in the show.

My Modern Met granted permission to use photos by Dulwich Picture Gallery.