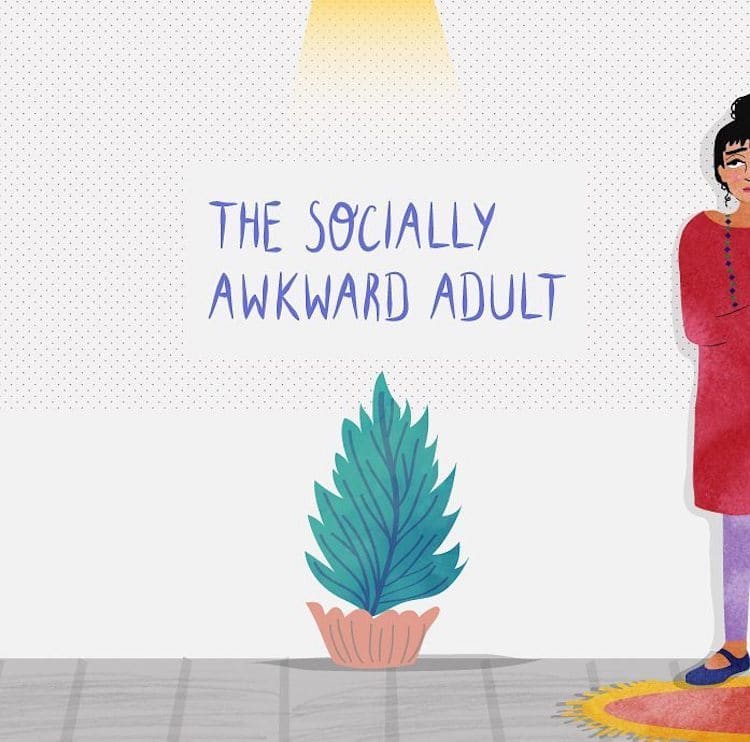 When you’re at a party, are you more comfortable talking to people… or hanging out with the family pet? If you answered the latter, then chances are you're an introvert. Illustrator Neethi captures this nervousness and loathe of chit-chat in her series Socially Awkward Adult. The animated GIFs, still illustrations, and writing depicts her as an introverted character navigating the perils of get-togethers. From restless toe-tapping to staking out a spot on the wall, the subtle movements in her GIFs are expressions of the anxiety she feels inside.

Neethi had the idea for the series after chatting with writer Meera Ganapathi. “I wondered,” she writes, “‘Don't we all have that one socially awkward friend?’ I wasn't so sure. That's when I realized, it's probably me.” Continuing, “I've grown into a 27-year old who looks for benches to crawl under, or curtains to hide behind at events involving more than three people.”

“I’ve been told I zone out often in a gathering,” Neethi later revealed to HuffPost. “My friends find it hard to introduce me, since they know my standard courtesies would include just a string of awkward giggles. Believe me, I have tried! I’ve gone up to people with the intention of having a meaningful conversation, only to blurt out lines like, ‘hi-you-look-taller-on-Instagram.’”

Socially Awkward Adult is a work of satire, but if you're someone with the classic introvert character traits, you might be laughing as you shake your head in affirmation—that you, too, want nothing more than to curl up on the couch and watch Netflix (alone) on a Friday night. Neethi’s digital art makes those who feel out of place at a gathering validated in their emotions. With this, and series like hers, introverts can be united—but separately, of course.

I arrive at any gathering with unparalleled optimism, which I gulp down with the first bottle of soda. It probably takes me ten more minutes before I can drag the definition of wallflower to a whole new level.

In a series of illustrations, animations, and writing, she describes the perils of party going. 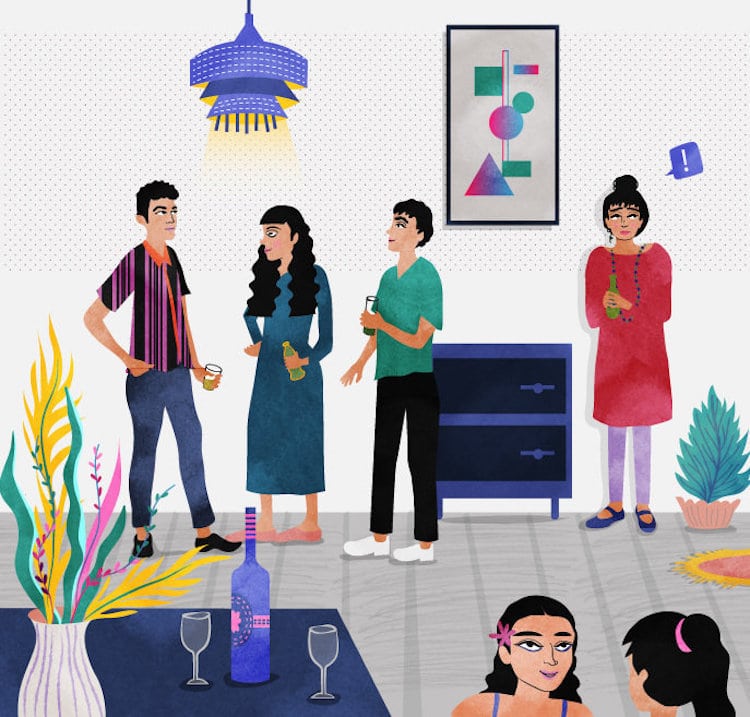 At any gathering, I easily can spot atleast five people who I know from Instagram. I know how they woke up, and what they ate for breakfast. I find myself awkwardly smiling at them. Now what? Do I go say hello? How does one not cross the fine line between being quirky and creepy? My heart rate could positively make an ECG go kaput.

A nice stranger sometimes dares to make the first move, overlooking the obvious awkwardness written all over my face. My small talk contains a cross between squinting for answers and endless batting of eyelashes. Sorry, nice stranger.

If you have these same introvert character traits, you'll probably relate to Neethi's struggle.

When I get introduced to a stranger and the mutual friend gets distracted by a fresh round of incoming snacks, only to never come back. This is what my nightmares are made up. All I can do is to nervously tap my feet and wait for a messiah to sweep the stranger away.

The combination of being introverted and having strong opinions can be detrimental to your own well-being. More often than not, I end up striking all great arguments in my head. Obviously, fearing what finally comes out of my mouth will be gibberish. Sigh!

After a few exasperating hours of exchanging awkward glances with strangers, I curl up in a corner at last. Failing at not having attempted half decent conversation with anyone, I end up watching the same people on social media.

After a few exasperating hours of exchanging awkward glances with strangers, I curl up in a corner at last. Failing at not having attempted half decent conversation with anyone, I end up watching the same people on social media. 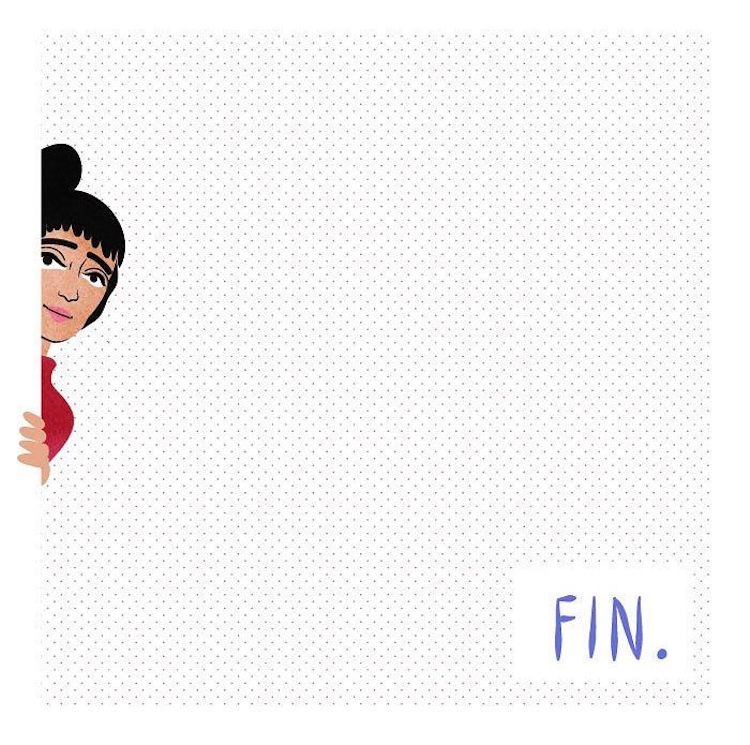 My Modern Met granted permission to use images and text by Neethi.