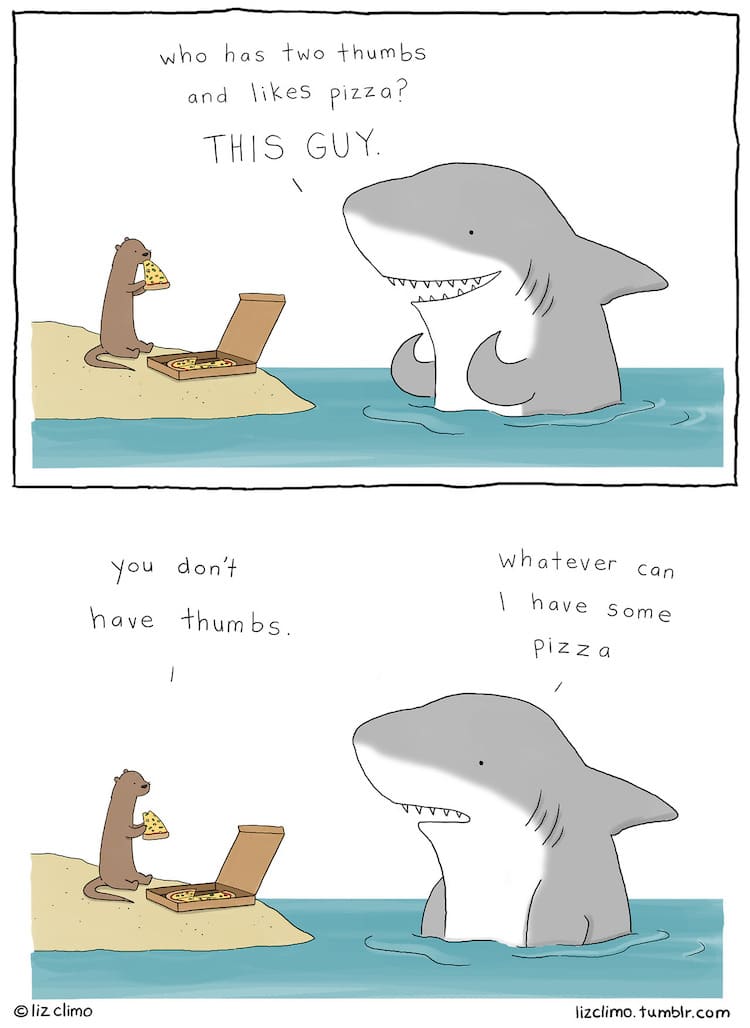 Animator and web comic artist Liz Climo has long been a My Modern Met favorite thanks to her witty sequential stories. Featuring an amusing cast of animal characters, the two-panel comics depict the small-yet-humorous moments that happen among best friends. Be it a holiday or just a pizza night, the underlying message of Climo’s illustrations are clear: life is better when spent with your favorite pals.

Much of Climo’s humor revolves around animals trying to participate in activities that are specific to humans. Often, the chuckles come from them applying their animal instincts to our logic. In one comic, an alligator is teaching a fox, hedgehog, and turtle how to respond when they face something scary. “Danger!” the alligator yells, and impulsively, each of the creatures reacts in their own way. The fox lifts its paw in an adorably menacing fashion, while the hedgehog and turtle ball up and tuck in, respectively.

Riffing on animal anatomy is also common throughout Climo’s work, and she uses the unique characteristics of creatures in her jokes. A hammerhead shark, for instance, can “see” both sides of an argument, while a snake doesn’t need to open an umbrella when it rains because it’s already the perfect shape to slither up into.

Liz Climo comics use gentle humor to chronicle the lives of animals who live like humans. In doing so, the results aren't what you'd expect… 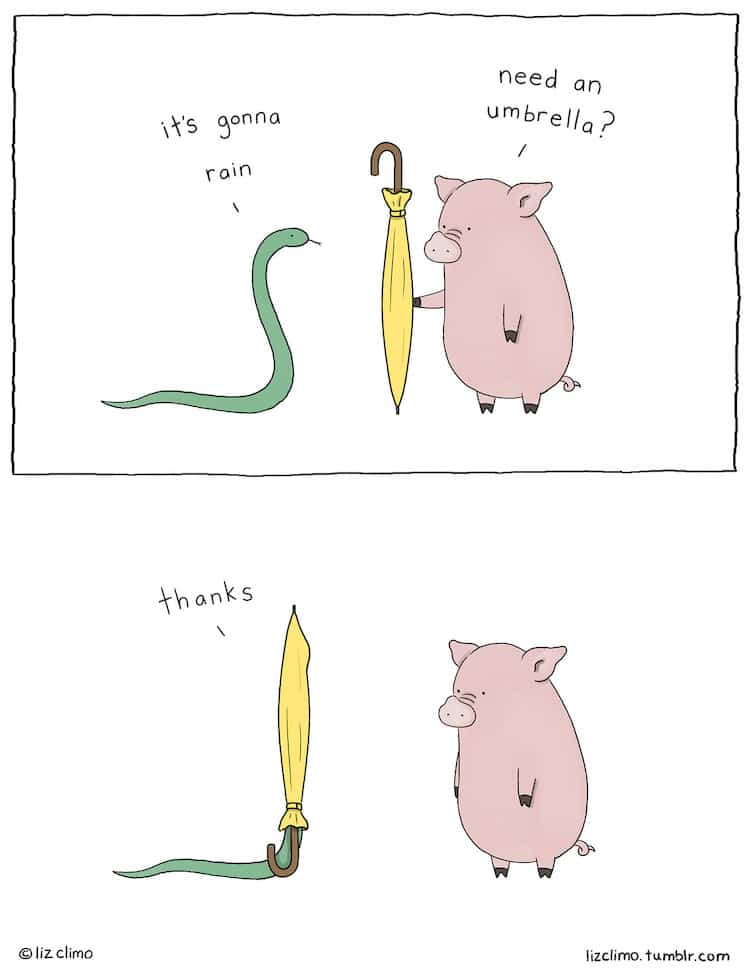 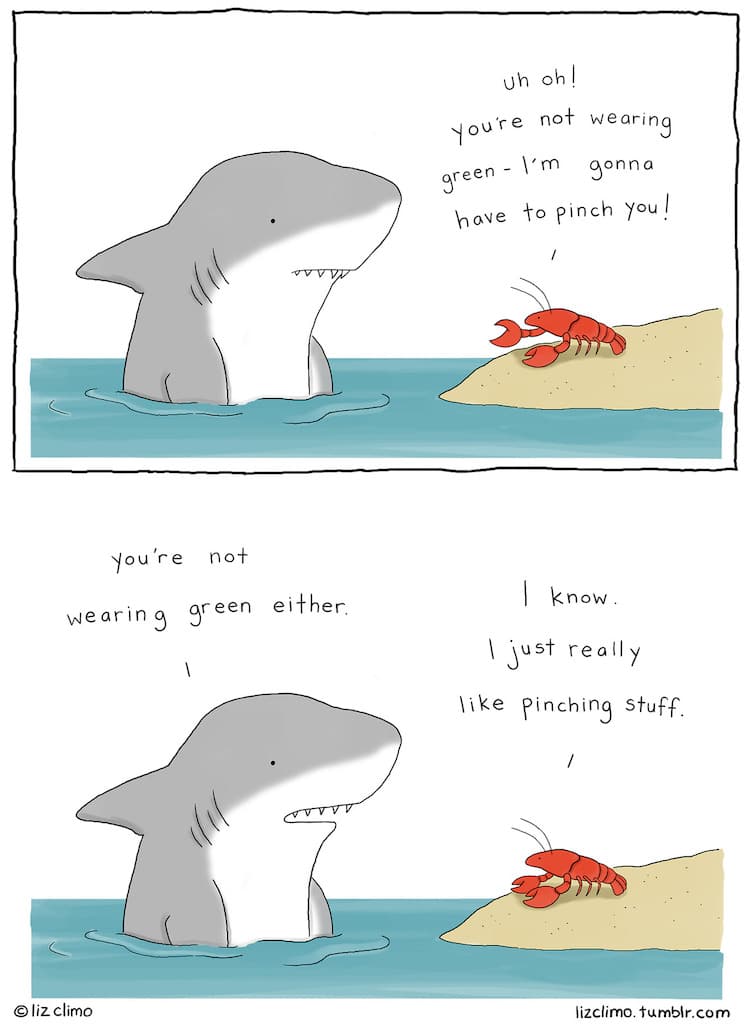 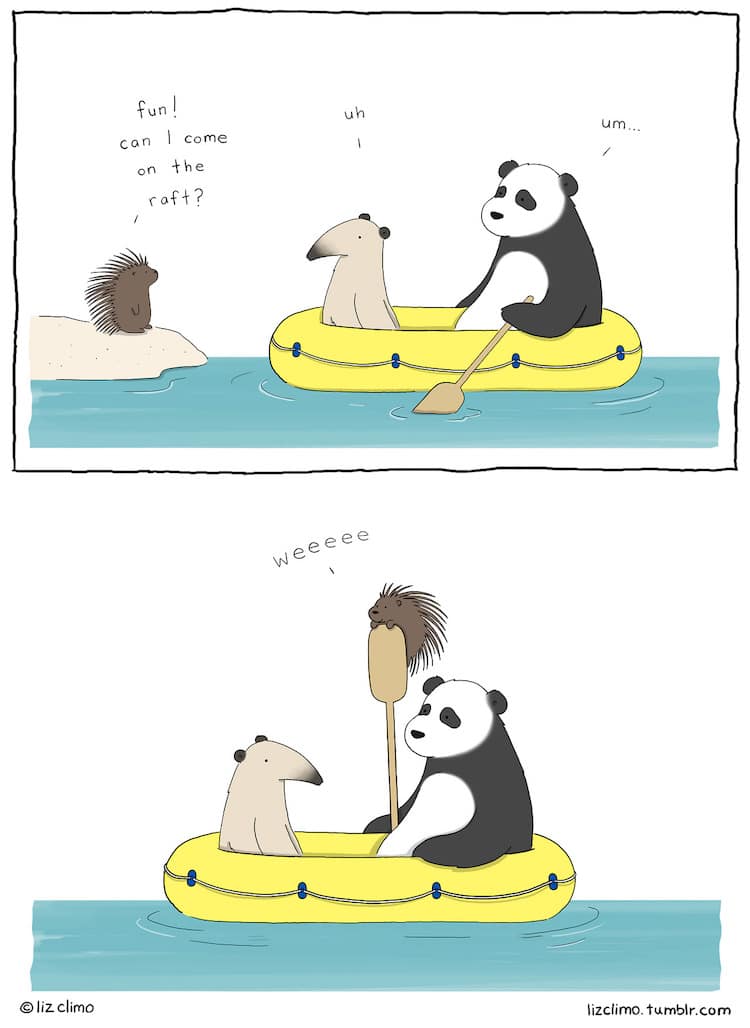 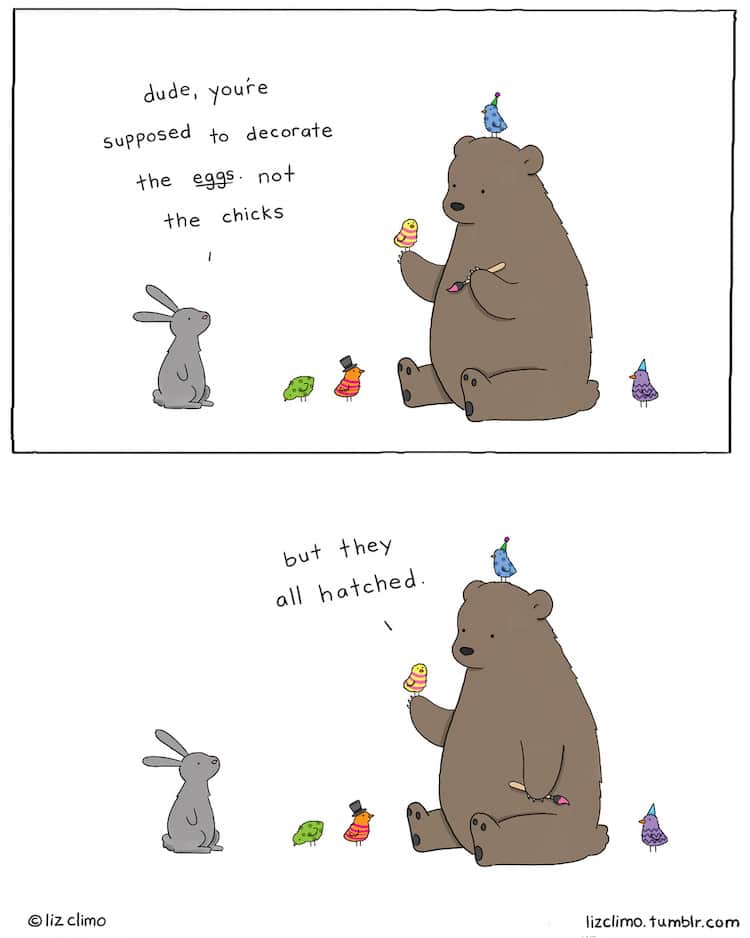 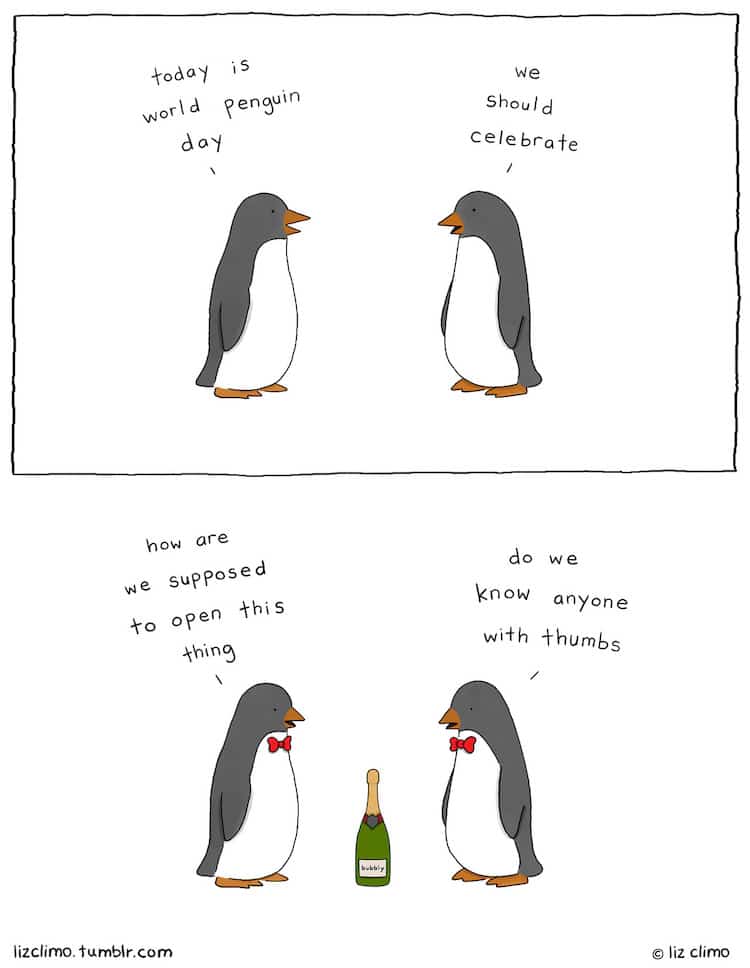 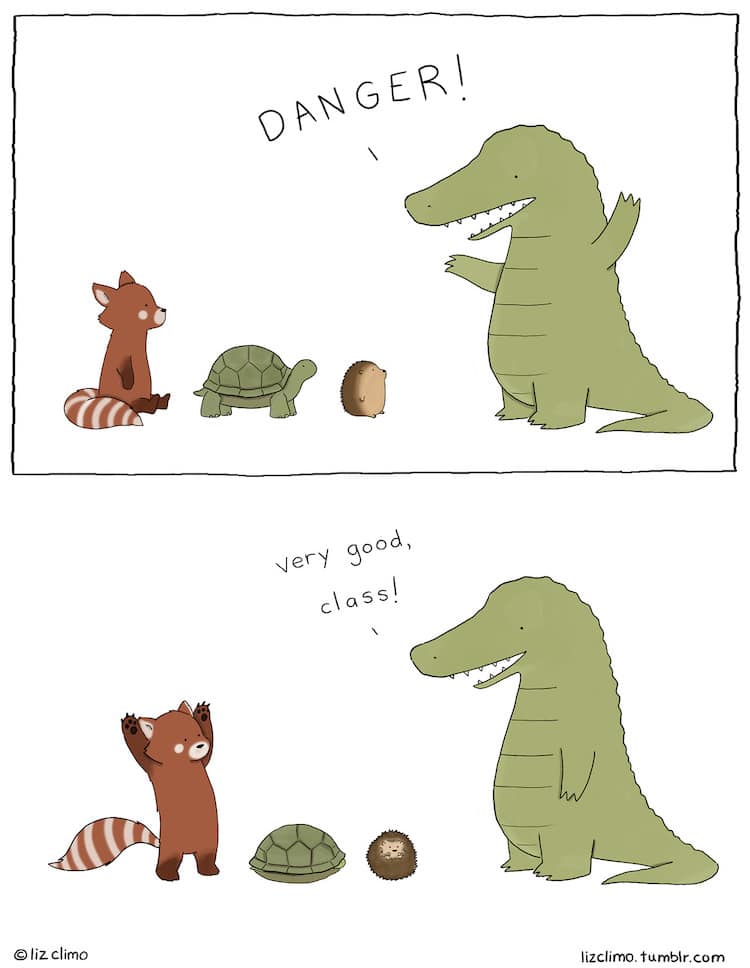 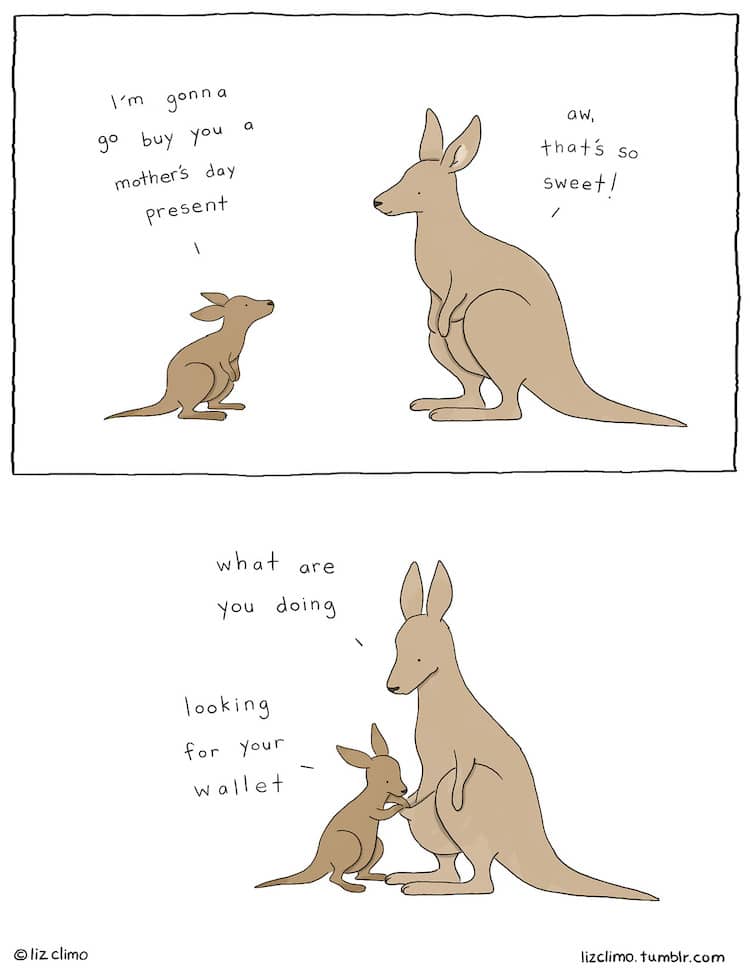 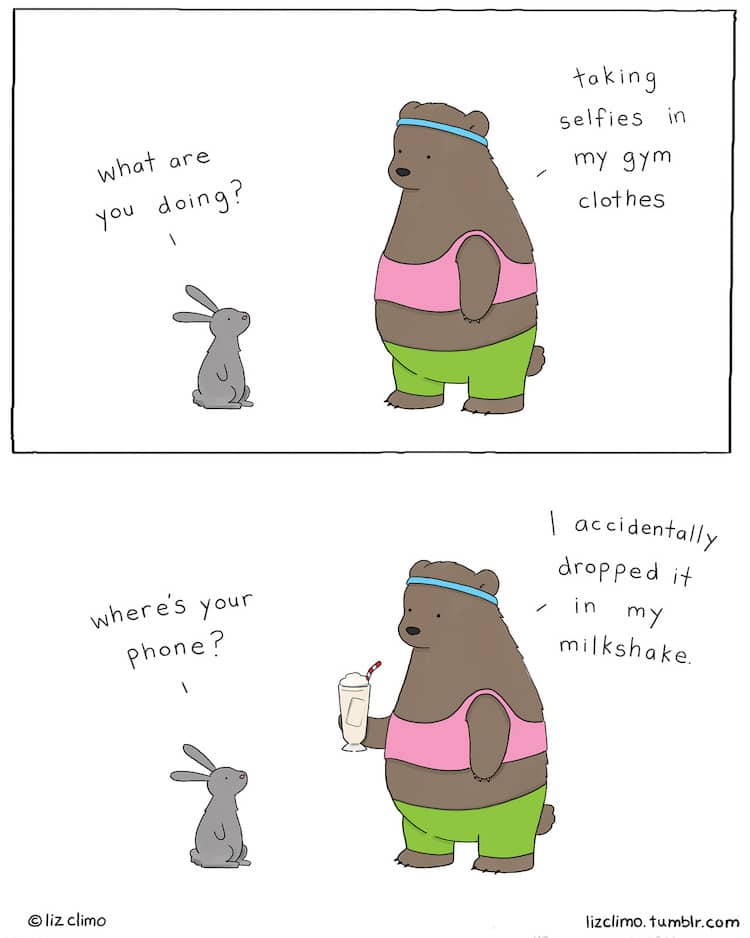 …but one thing is clear. Life is better spent with friends. 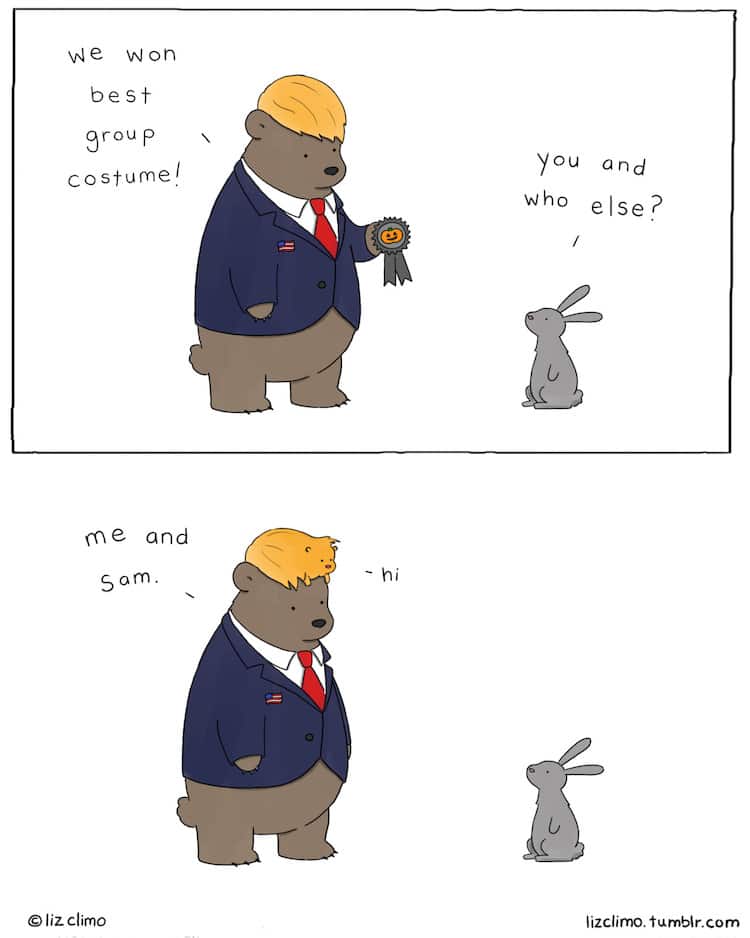 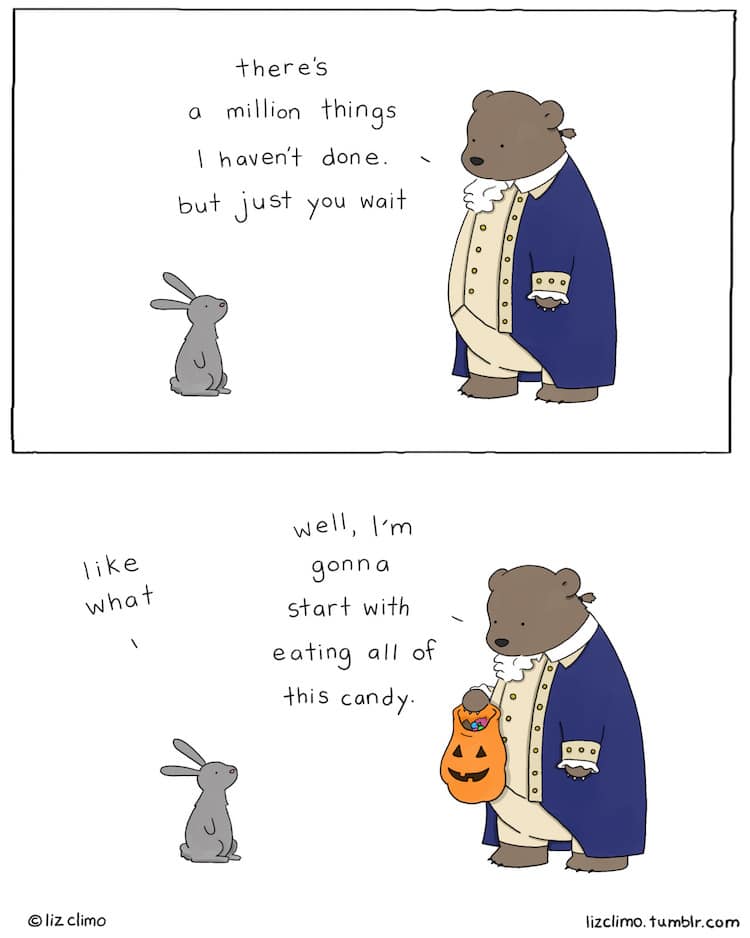 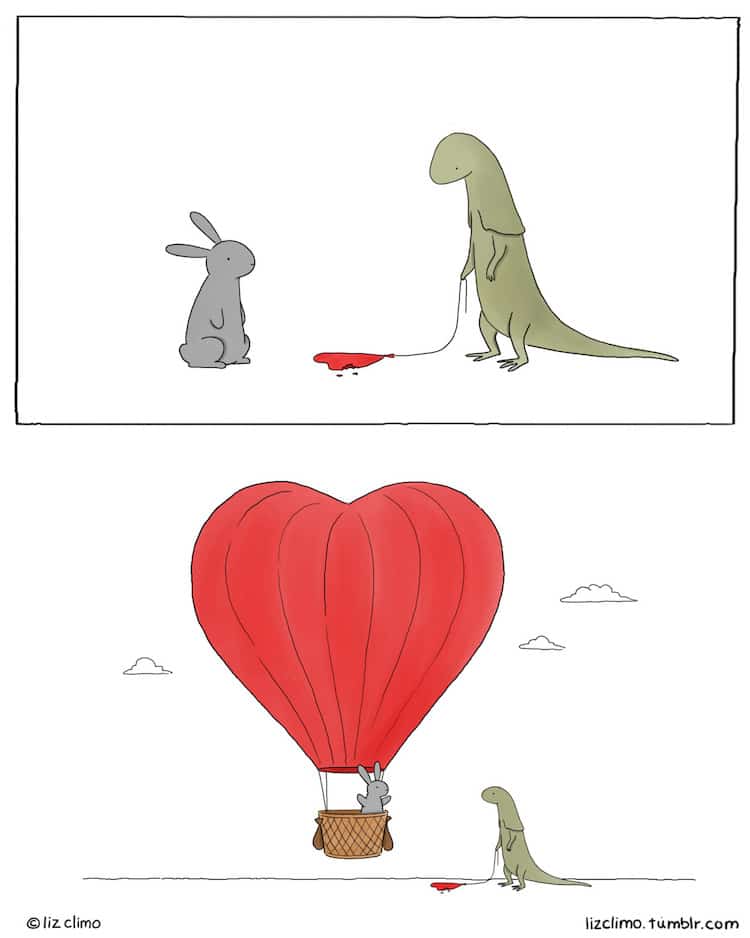 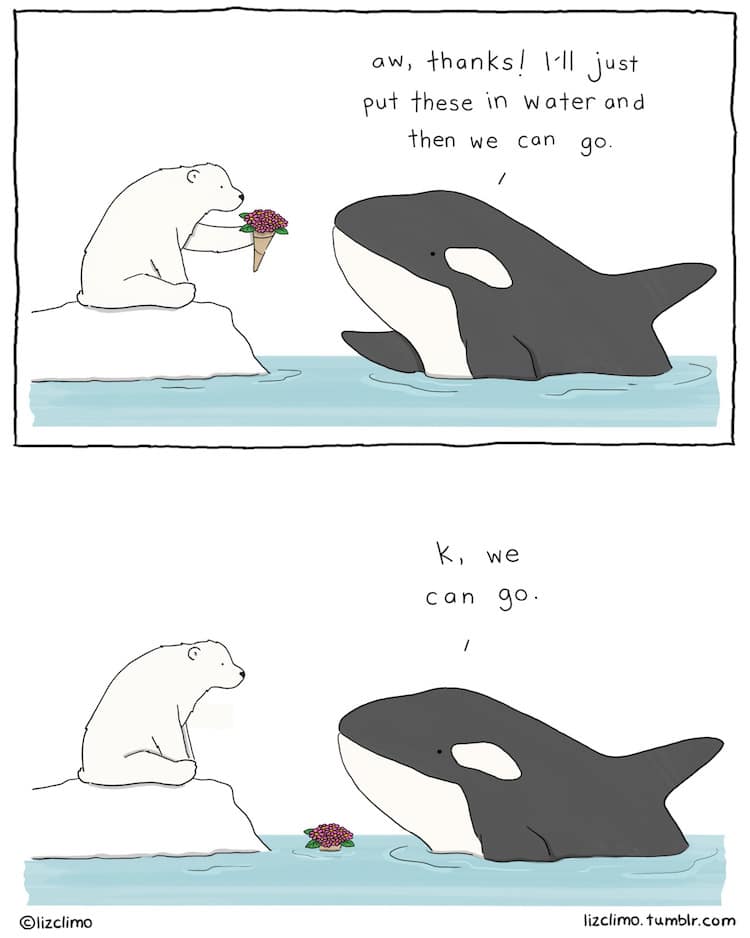 All images via Liz Climo.

Cartoonist Secretly Chronicles Everyday Quirks of Life With Her Boyfriend

Do these comics make you laugh?