Invader Makes His Mark in Space and the Ocean 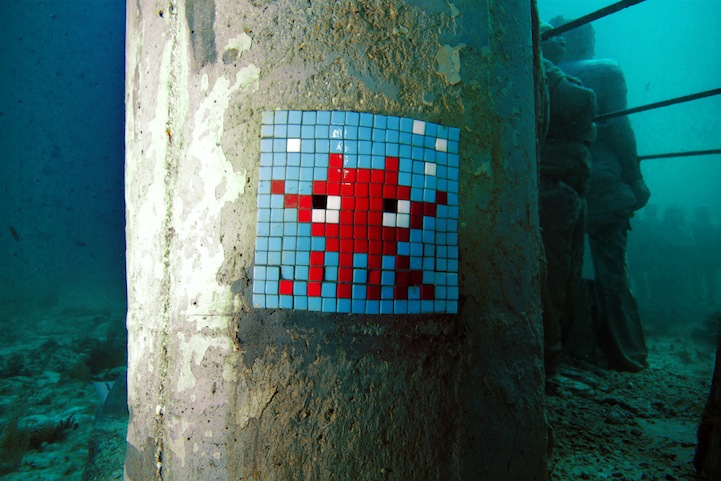 Invader's trademark aliens are arguably the most recognizable street art pieces of the past decade. The Frenchman has already tagged a good size portion of the entire planet with his pixelated works that are inspired from the classic video game Space Invaders. Seemingly bored with land, he recently went on a quest to conquer the ocean and space.

Invader teamed up with world-renowned sculptor Jason Taylor deCaires, and hilariously placed his characters on deCaires' underwater sculptures. As if that wasn't enough, Invader also built a device in Miami that launched the alliens towards their home, in space. The device was attached to a balloon and equipped with a camera, which brought back down these awesome shots. 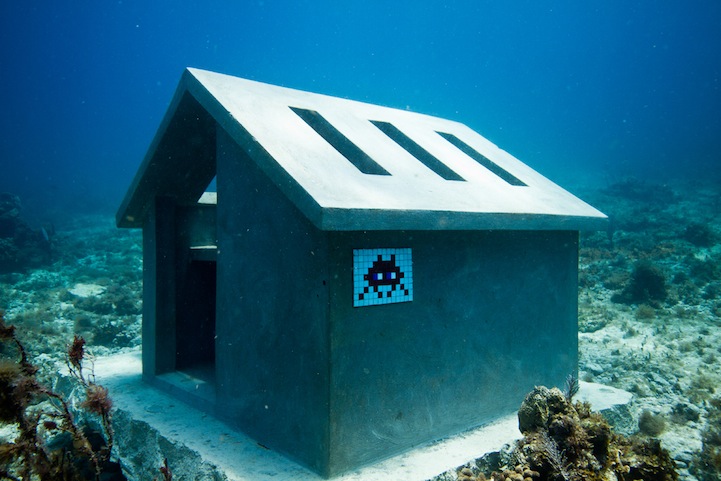 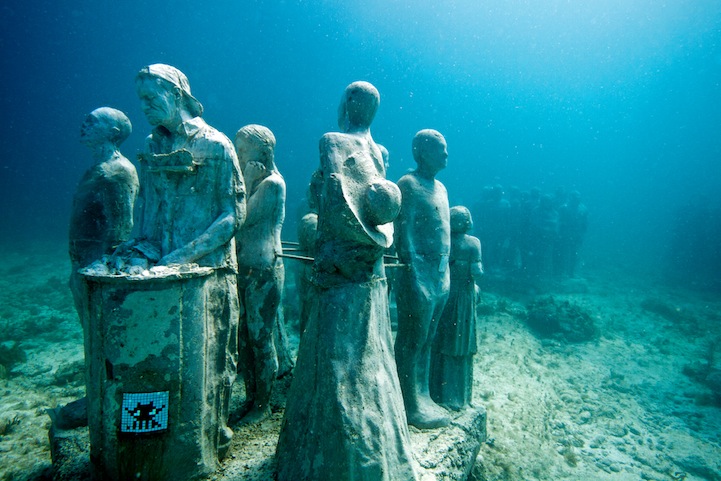 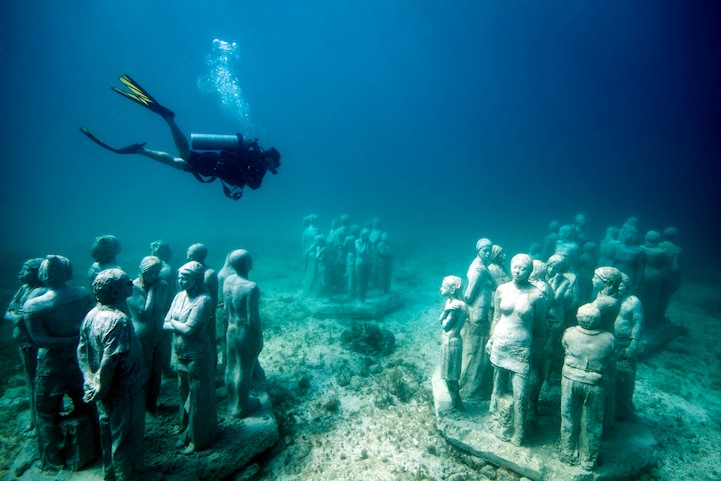 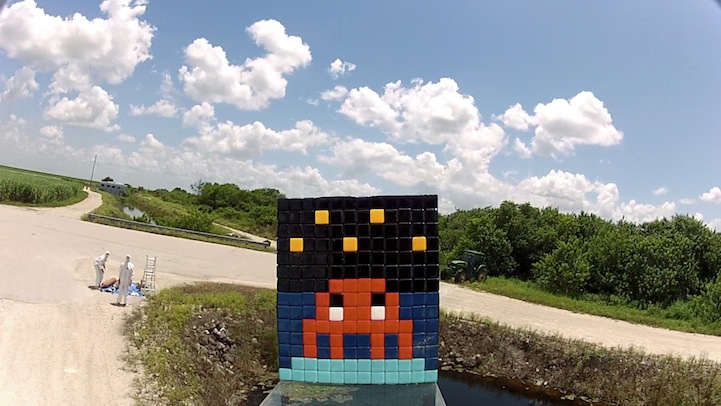 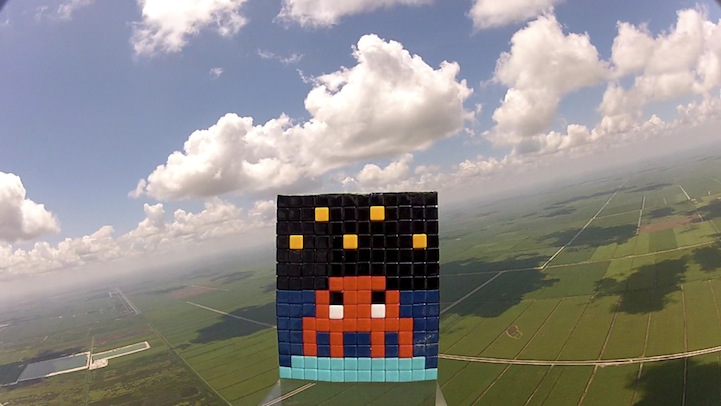 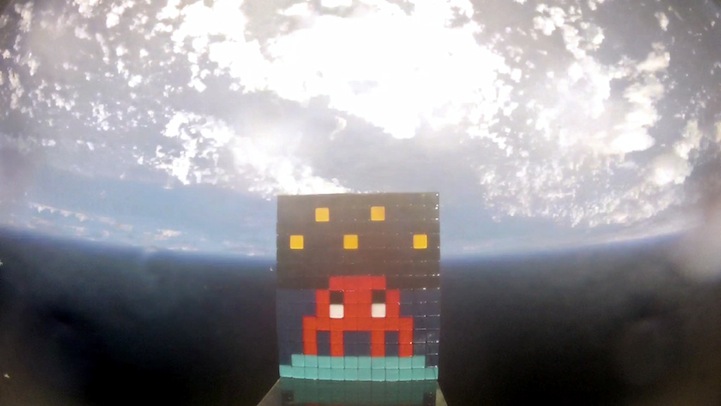 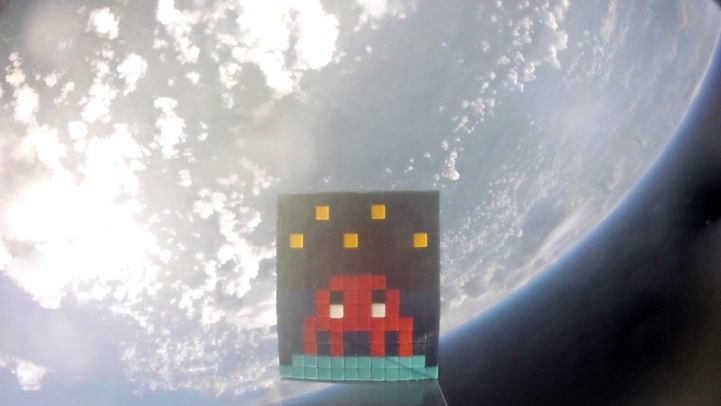