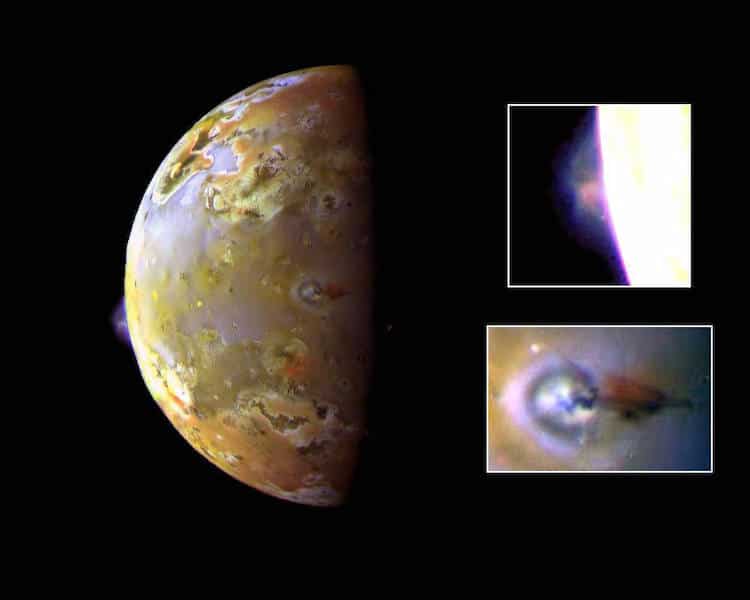 Throughout its time studying Jupiter, NASA's Juno spacecraft has sent back some incredible images. And now, to cap off its work in 2018, it's providing us a glimpse of the incredible volcanic activity on one of Jupiter's moons. Io, Jupiter's fourth largest moon, has over 400 active volcanos and is the most geologically active body in the solar system. Plumes and lava flows help give the celestial body its colorful appearance and during the Juno probe's 17th flyby, cameras captured something special.

Using several instruments, including the Jovian Infrared Auroral Mapper (JIRAM) and the Ultraviolet Imaging Spectrograph (UVS), Io's arctic region was observed for four hours during the winter solstice. The timing was perfect, as a solar eclipse placed Io in Jupiter's shadow and the soft glow of Europa gave the perfect lighting for all the instruments to work. What Juno sent back is an image of an active volcano plume shooting plasma into space.

“We knew we were breaking new ground with a multi-spectral campaign to view Io’s polar region, but no one expected we would get so lucky as to see an active volcanic plume shooting material off the moon's surface,” said Scott Bolton, principal investigator of the Juno mission and an associate vice president of Southwest Research Institute’s Space Science and Engineering Division. “This is quite a New Year’s present showing us that Juno has the ability to clearly see plumes.”

In addition to the low light images, the team also snapped a few photos with the JunoCam. One photo in particular, shot from a distance of 186,000 miles, gives a clear view of Io just prior to entering the eclipse. The plume is visible as a bright spot in the shadow, giving an idea of just how large and powerful the eruption must be. These images mark the halfway point in Juno's mission, which is scheduled to end in July 2021, and with this new data researchers are hoping to learn more about Io's interaction with Jupiter.

Juno has sent back incredible photos of volcanic plumes on Jupiter's moon Io. 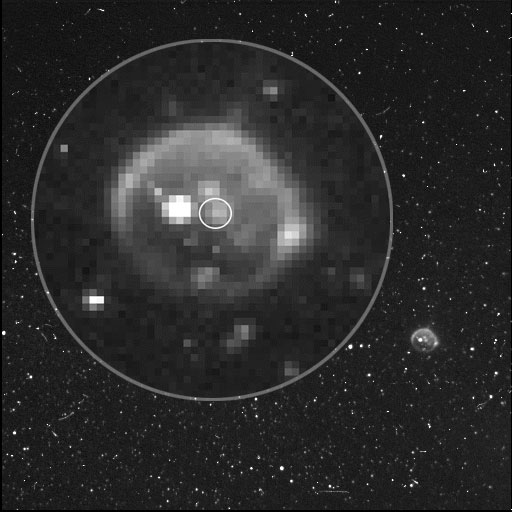 Juno’s Radiation Monitoring Investigation collected this image of Jupiter’s moon Io with Juno’s Stellar Reference Unit (SRU) star camera shortly after Io was eclipsed by Jupiter at 12:40:29 (UTC) Dec. 21, 2018. Io is softly illuminated by moonlight from another of Jupiter’s moons, Europa. The brightest feature on Io is suspected to be a penetrating radiation signature. The glow of activity from several of Io’s volcanos is seen, including a plume circled in the image. (Photo: NASA/JPL-Caltech/SwRI) 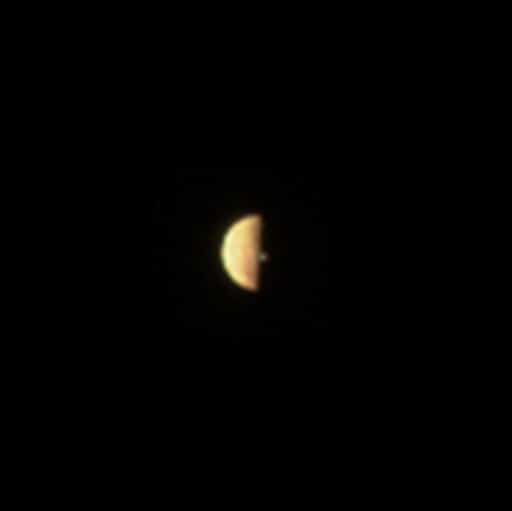 JunoCam acquired three images of Io prior to when it entered eclipse, all showing a volcanic plume illuminated beyond the terminator. The image shown here, reconstructed from red, blue and green filter images, was acquired at 12:20 (UTC) on Dec. 21, 2018. (Photo: NASA/SwRI/MSSS)

After 13 Years, the Cassini Spacecraft Says Goodbye with a Final Photograph of Saturn