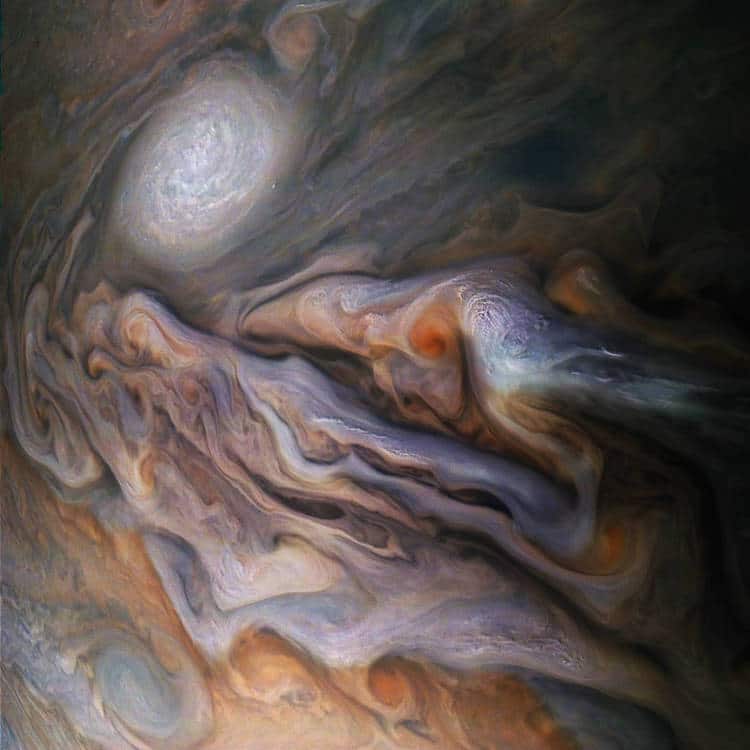 Since entering Jupiter's orbit in July 2016, NASA's Juno Probe has been steadily capturing revealing images of the giant planet. While the Juno mission was originally set to end in 2018, NASA has approved continued research through 2021, guaranteeing us 41 additional months of stunning imagery.

As the spacecraft's JunoCam transmits RAW images back to NASA, they're placed online, allowing the public to intervene and process the images. Some recent photos show just how much there is left to learn and discover when it comes to Jupiter. As part of Juno's 16th flyby, the camera picked up on a series of incredible events.

One image, which almost looks like creamer swirling into coffee, is actually an anticyclonic storm captured at 4,400 miles (7,000km). The white swirling oval is a tell-tale sign of this storm, which typically forms around high-pressure systems. Jupiter's Great Red Spot is another well-known example, though this particular image was taken in the planet's North-North Temperate Belt (NNTB).

Another photograph, captured during the same flyby, shows a little silhouette of marine life in the clouds. If you look carefully, you'll see a “dolphin” swimming among the planet's clouds. Don't see the dolphin? Just focus your attention on the lower center of the planet and you can't miss it. The uncanny resemblance was first pointed out by astronomy enthusiast Seán Doran, who does quite a bit of post-processing on the JunoCam's photos.

If you want to keep up with the Juno mission, NASA has a dedicated website filled with information and multimedia.

Can you spot the dolphin swimming among Jupiter's clouds? 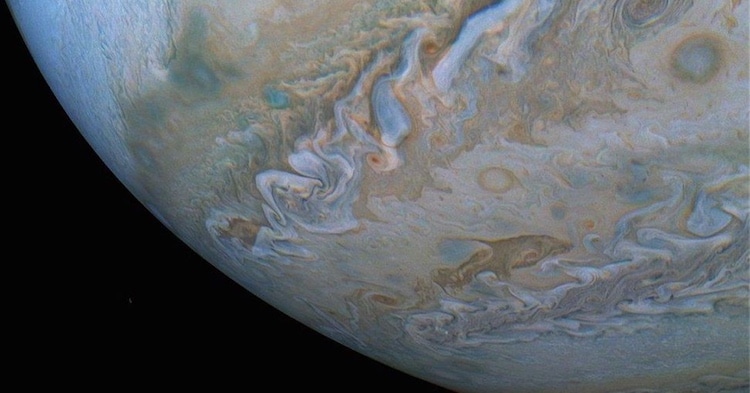 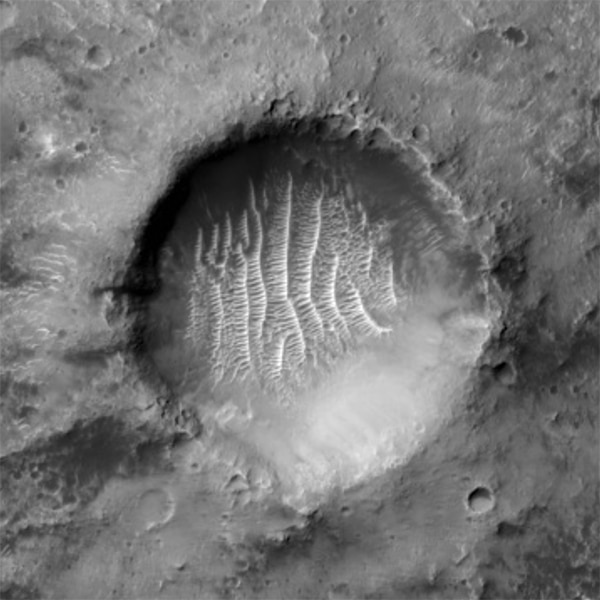