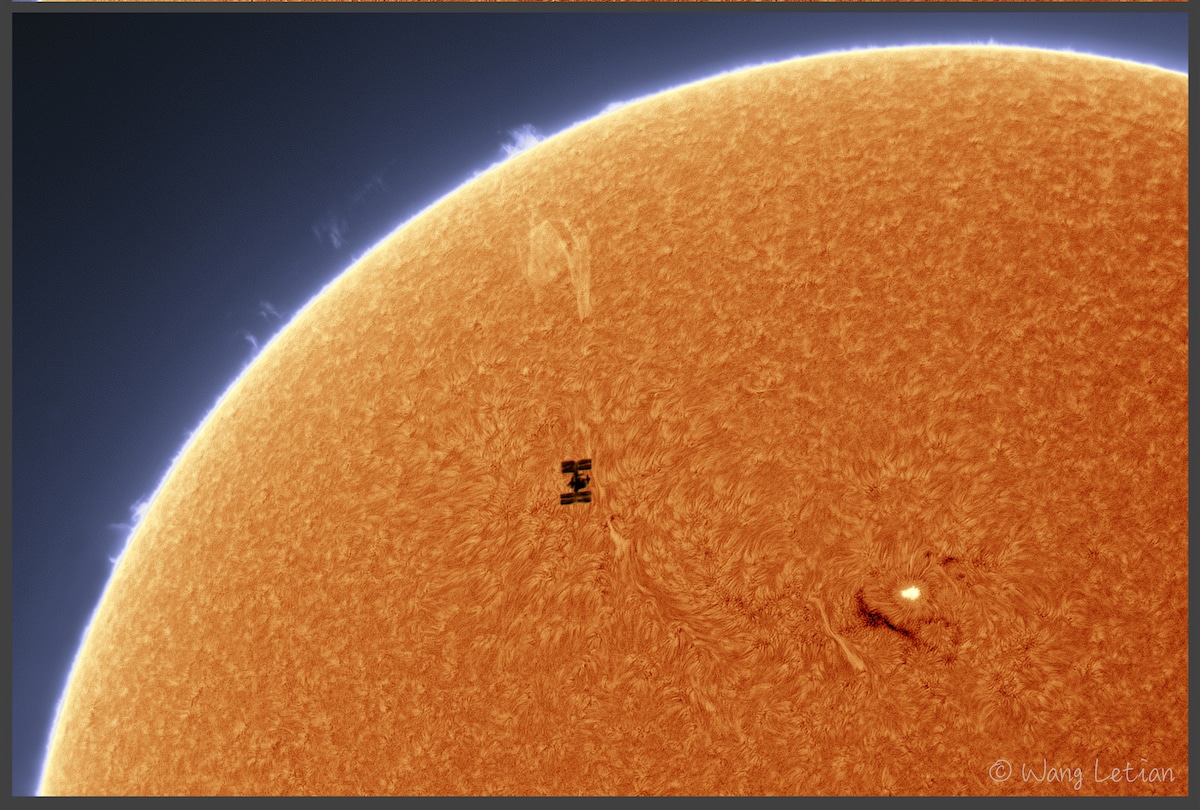 Using a solar telescope and a hydrogen filter, Chinese astrophotographer Wang Letian was able to capture some incredible frames of the Sun. But these are no ordinary images. In fact, the pair shows the solar transits of two space stations—the International Space Station and China's new Tiangong Space Station. Seen in silhouette, the space stations appear as small specks next to the enormous Sun.

Letian, who took interest in astronomy as a child, spends a lot of time researching his setup before attempting to photograph a solar transit. In this case, that meant not only finding the perfect site to observe the event, but continuously reconfirming the location to ensure that it's on the correct path. Of course, even with careful planning, there are many challenges when attempting this type of photograph.

From transporting the equipment setup to weather variables, there are always challenges. But, the biggest is the possibility that the space stations could change their paths, leaving Letian without an image in hand. “In order to make the space station seems bigger, I usually use a longer focal length telescope to shoot,” he explains. “As a result, my viewfinder can't shoot the whole Sun. If the orbit of the space station changes, or there are some errors in the selection of observation sites, the space station will not be in the shot.”

Luckily, Letian's diligence paid off and he walked away not once, but twice, with incredible images. The top frame was shot on June 6, 2021 and clearly shows the Tiangong Space Station in the center right of the photograph. The ISS makes an appearance in the bottom frame, which was photographed on June 18, 2021. The solar disk and solar prominences along the Sun's edge are also shown with crisp, clear detail.

Letian hopes that his work combines scientific curiosity with aesthetic beauty to pique the viewer's interest.  “I hope people can feel the science and beauty of my work,” the photographer tells My Modern Met. “Scientifically that means that, for example, when people see this picture, they can learn about the space station and the Sun by comparing the size of the two space stations. From my image, people can understand the real appearance of sunspots, dark bars, flares and prominences on the surface of the Sun. Aesthetically people will feel comfortable when they see my works. The photographs can be a beautiful piece of art with a proper composition, bright colors, and attractive picture.”

Wang Letian photographed the ISS and Tiangong Space Station from Beijing as they transited the Sun. 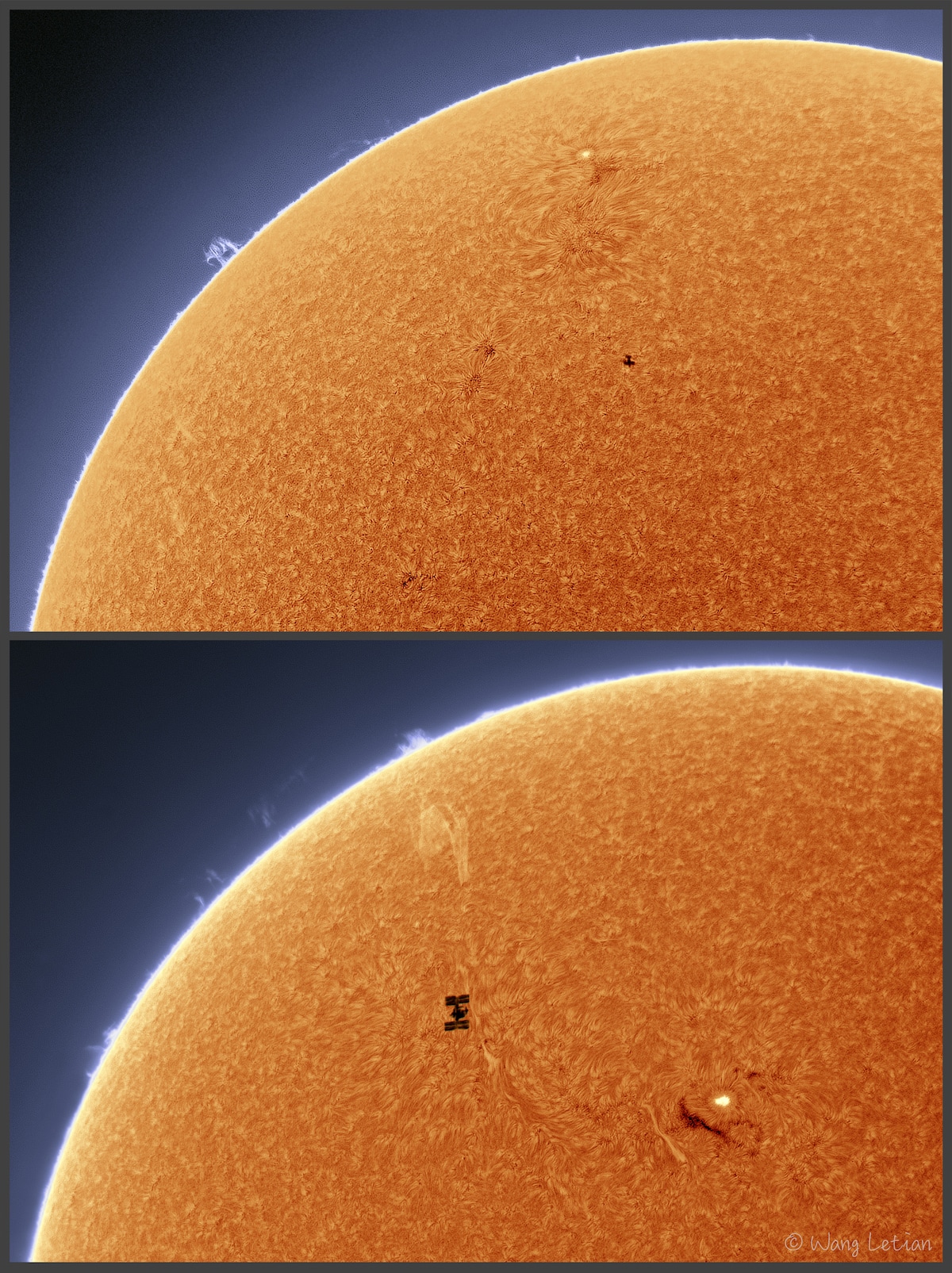 Impressed by these images? Share
Like My Modern Met on Facebook
Get Our Weekly Newsletter
Become a
My Modern Met Member
As a member, you'll join us in our effort to support the arts.
Become a Member
Explore member benefits