Clay Sculptures in Gaza Depict the Suffering and Displacement of War 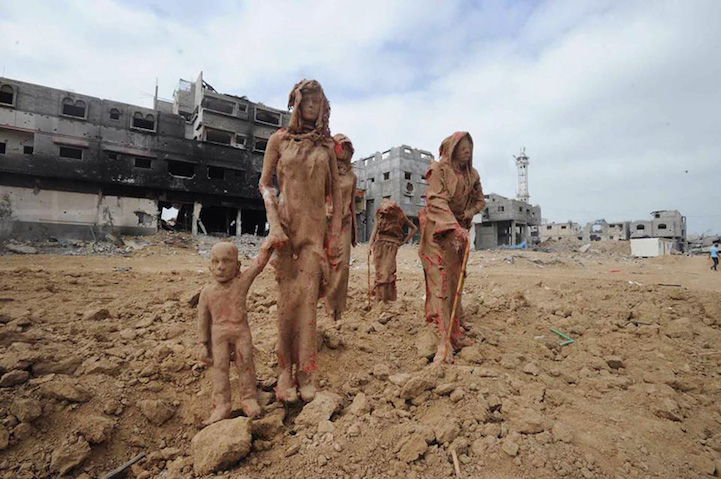 A family of seven clay figures stand amidst war-torn wreckage in Gaza in this thought-provoking piece by Palestinian artist Iyad Sabbah. Titled Worn Out, the work symbolizes the suffering of the residents of the Shuja-iyya neighborhood, which has been decimated by conflict between Palestine and Israel.

Forced to flee their homes, the clay figures stumble through debris and rubble, their bodies gaunt and their torn clothes stained by pigment meant to represent blood. Depicting young and old people alike, the sculptures not only illustrate the pain and destruction of conflict, but also commemorate the victims of war.

“Shuja'iyya neighborhood is one of the places that was completely destroyed, and the idea came to my head to do something about the war, to focus on displacement of the Palestinians,” Sabbah told the Cairo Post. “The displacement scene is very influential, so the sculptures were put amid the wreckage of the destroyed houses in Shuja'iyya to show the suffering of the residents,” he said, adding that the sculptures were also placed on the beach to depict refugees immigrating illegally in order to escape from war zones. 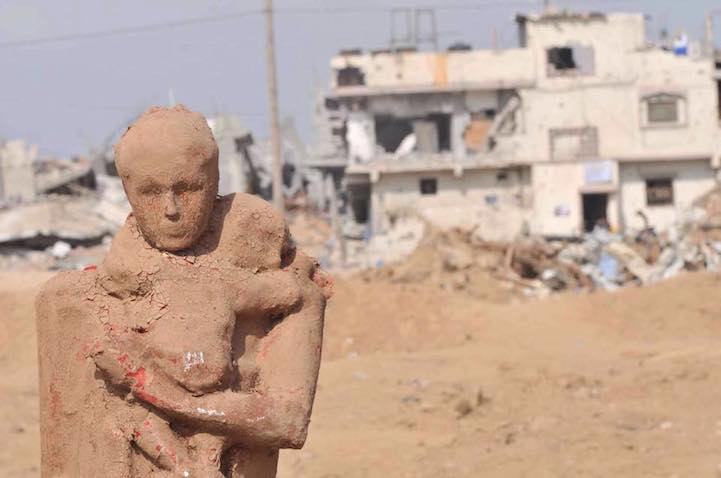 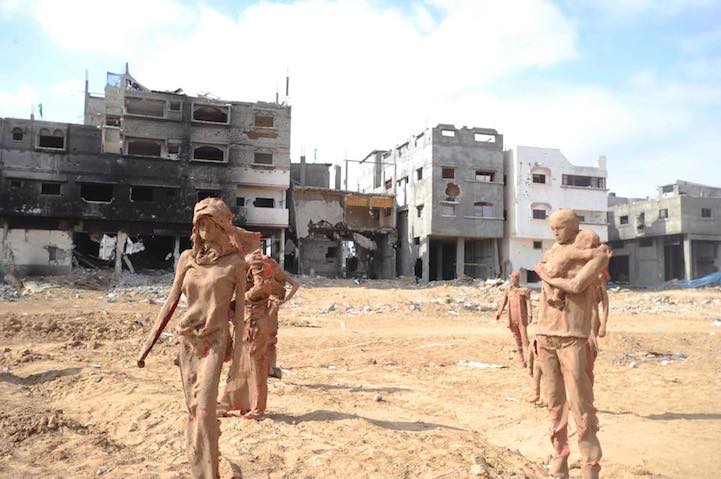 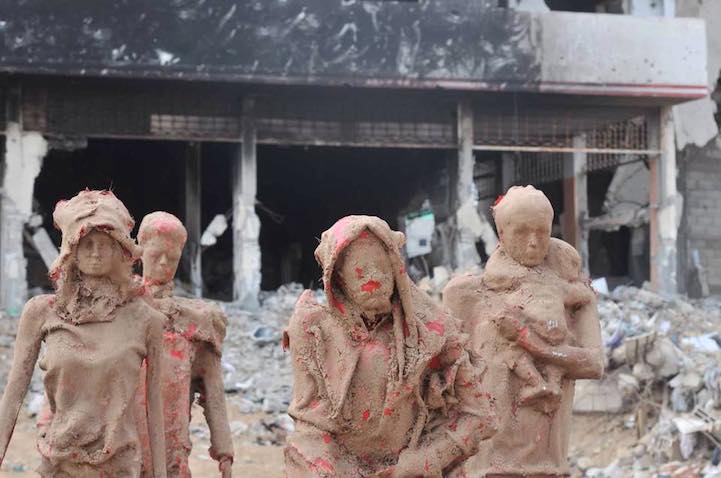 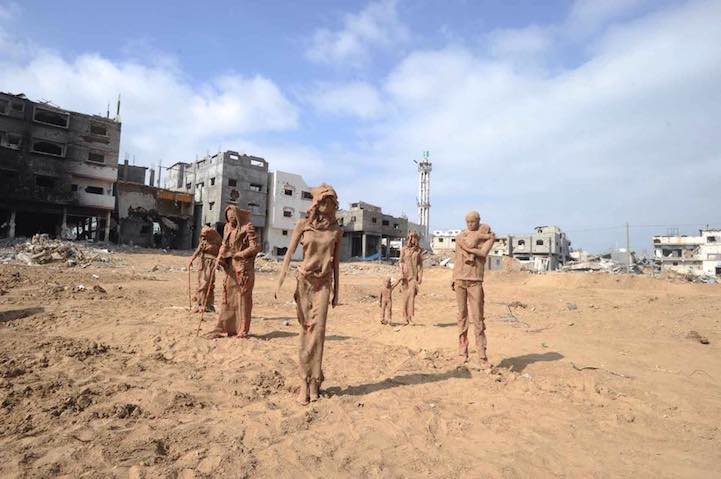 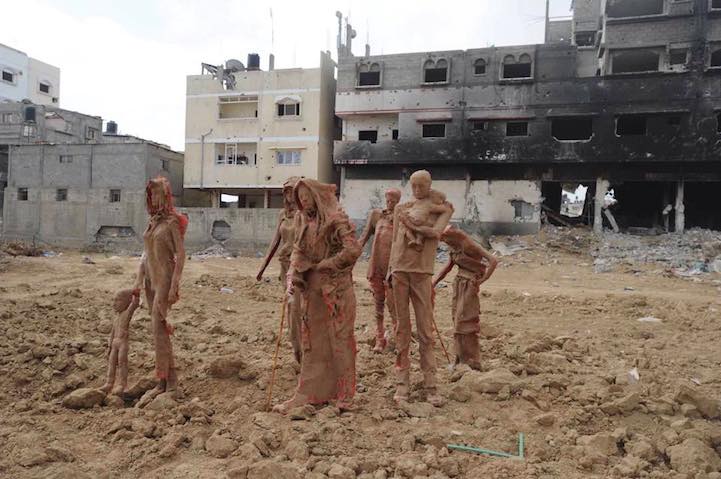 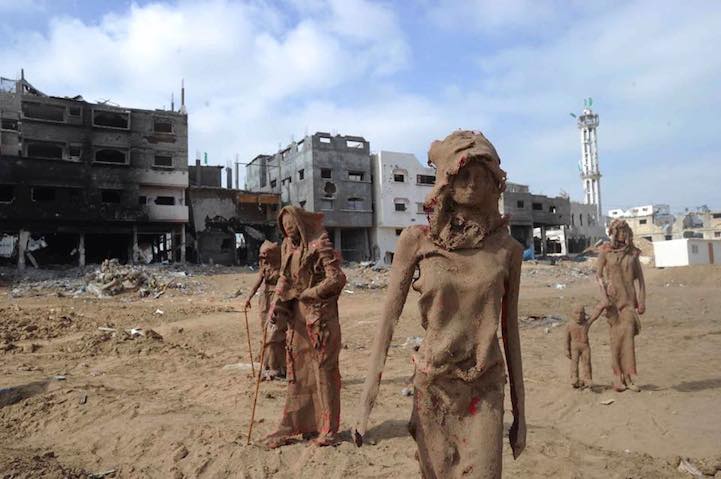 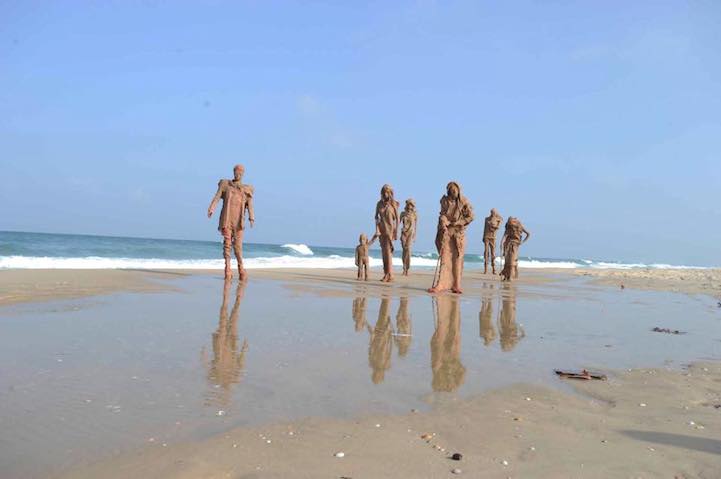 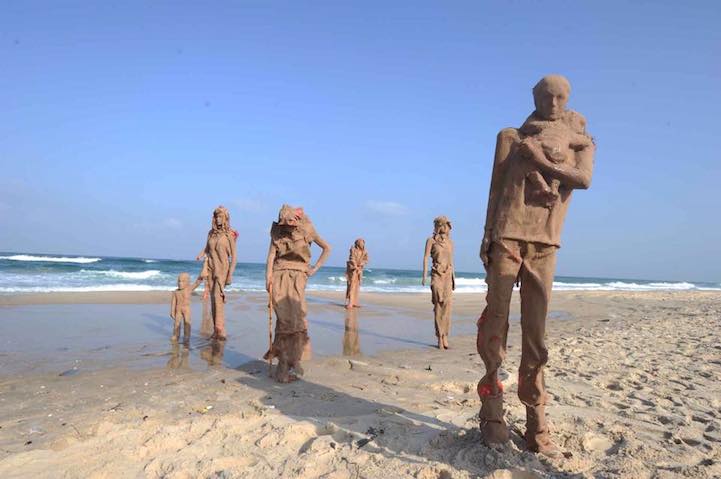