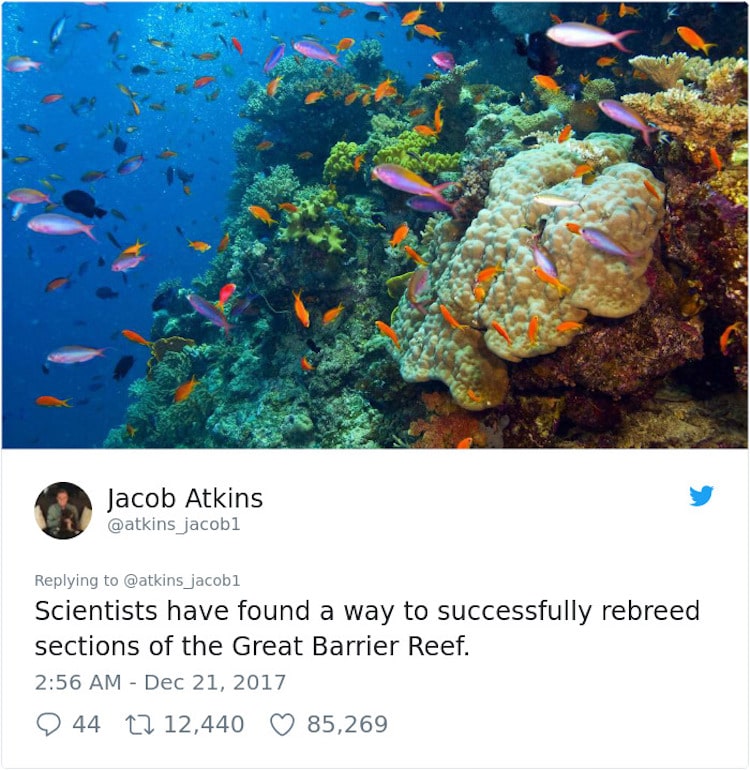 Let’s face it: 2017 certainly had its low moments. The world seems more unpredictable than ever, with bad news being a near constant in our lives. Because of this endless cycle, good news stories are few and far between. But, as Twitter user Jacob Atkins points out, there were a number of positive things that happened in 2017; you just have to look a little harder for them. So to help us out, he shared many of them in one handy tweet thread.

“Since I’m bored and 2017 was full of negative news stories,” he tweeted, “I’ve found some positive stories you probably didn’t hear about.” In the thread, Atkins goes on to mention developments that will certainly warm your heart. Among them, there’s news that scientists have been able to rebreed sections of the Great Barrier Reef, and the new Amazon headquarters will include space to shelter 200 homeless people. In a sea of bad press, Atkins offers these waves of hope for the future in less than 280 characters.

See Atkin’s good news tweets below. We’ve also included links to the news articles so that you can read more about these stories yourself.

2017 had a whole lot of bad news, but as Twitter user Jacob Atkins points out, there were good news stories, too: 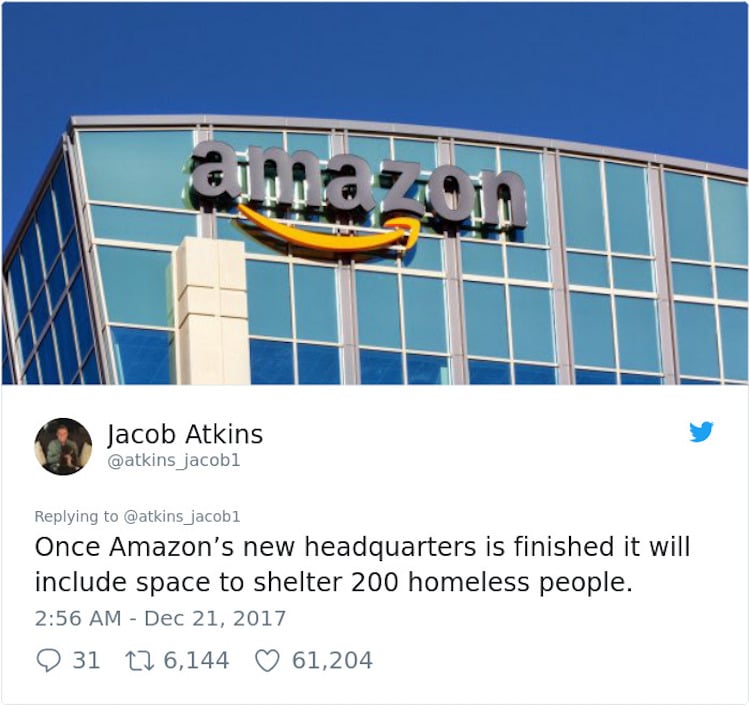 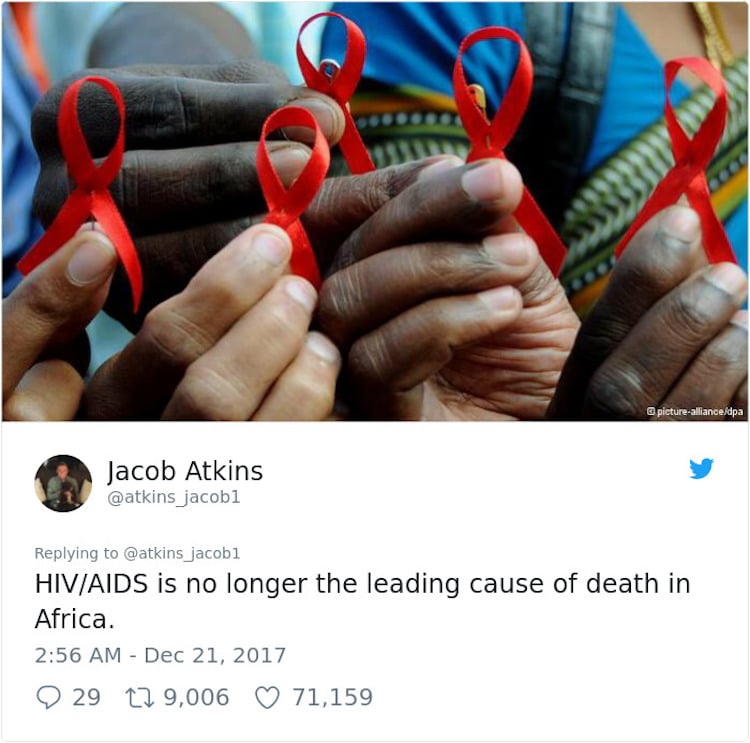 Read more: AIDS no longer leading cause of death in Africa 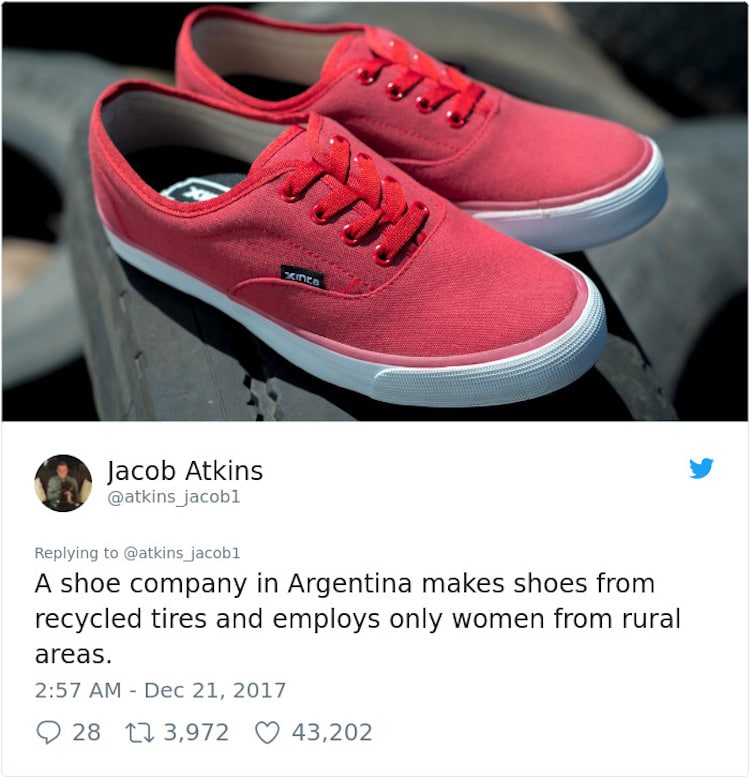 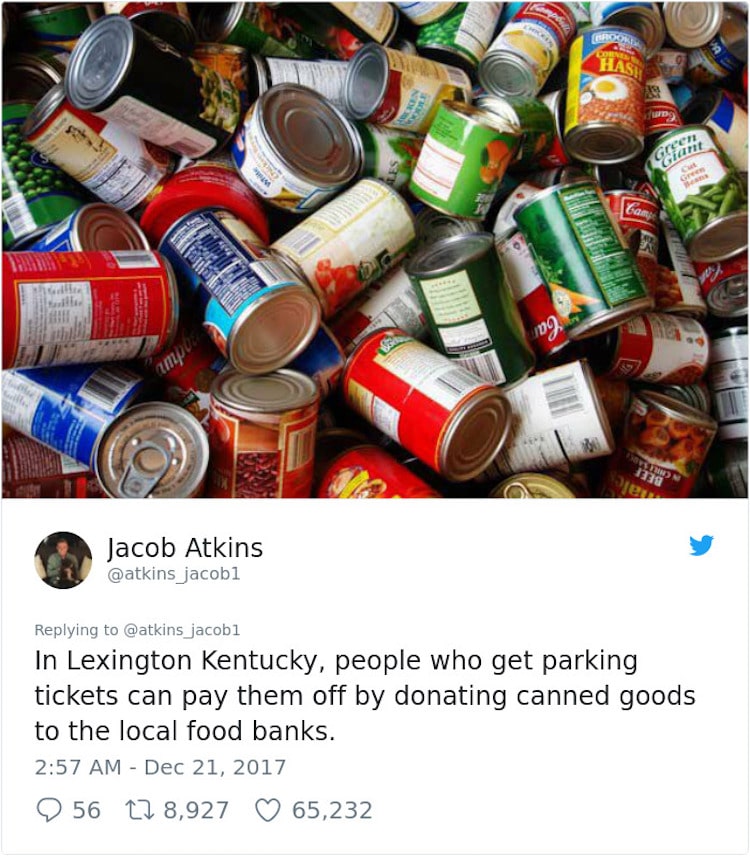 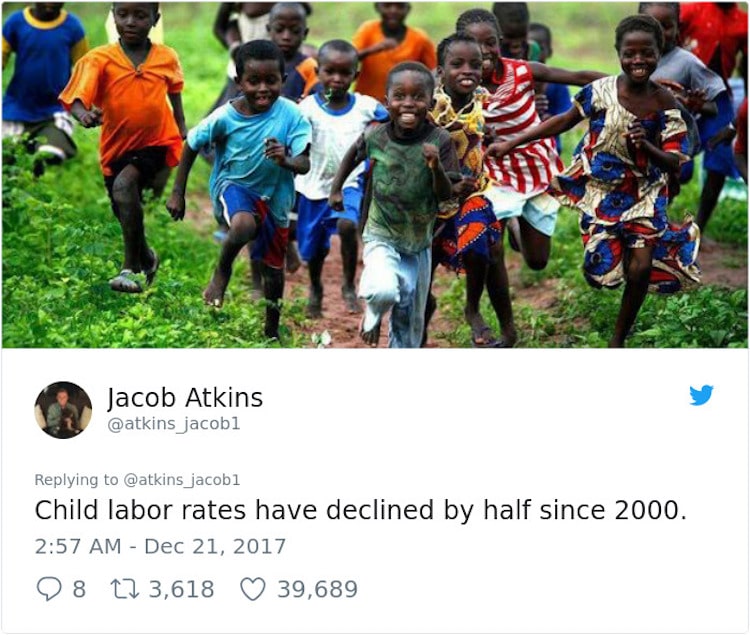 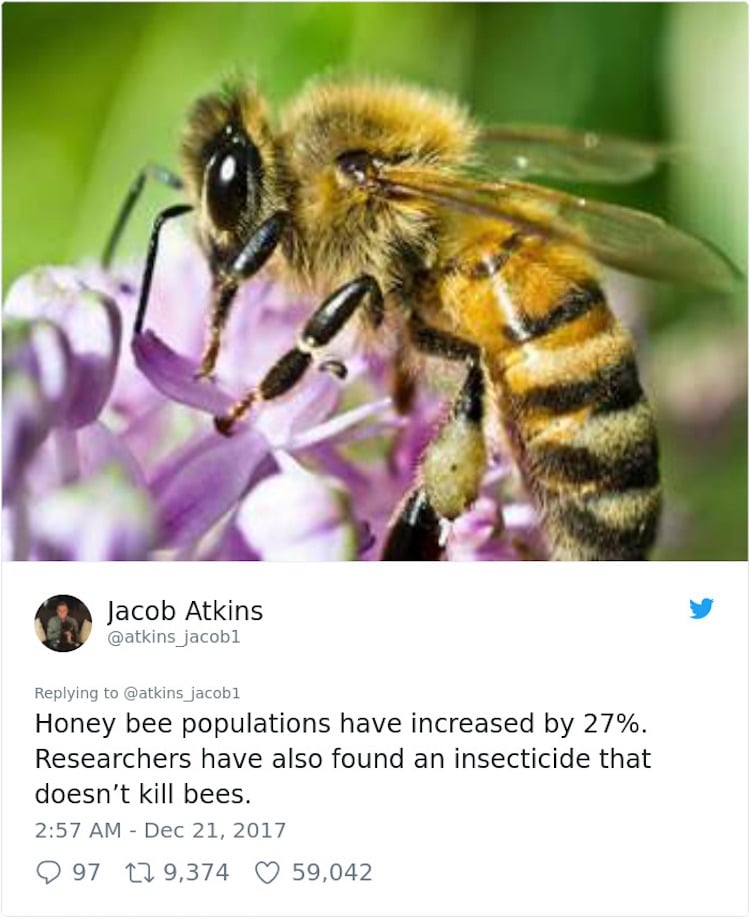 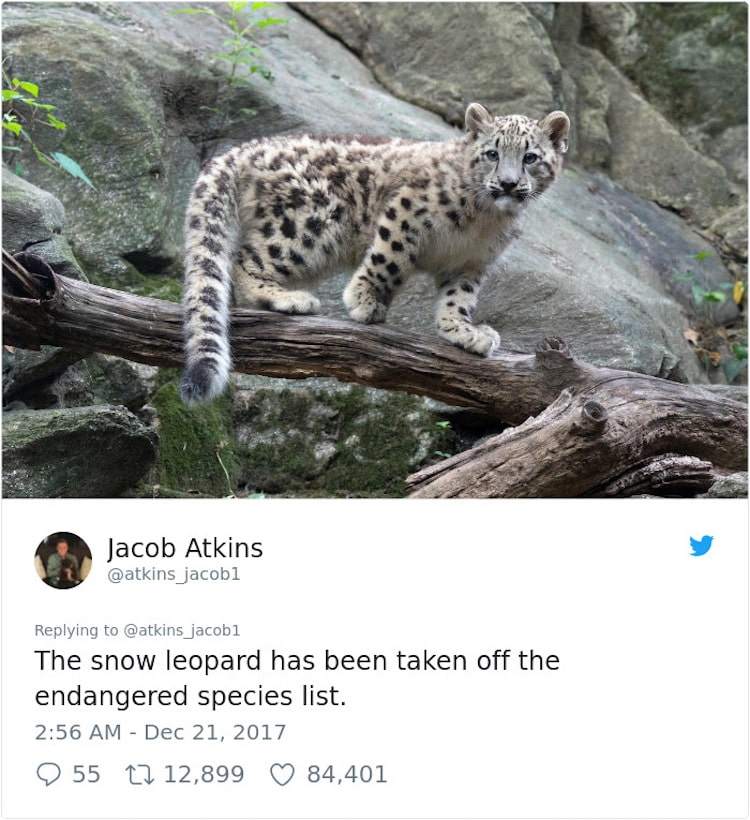 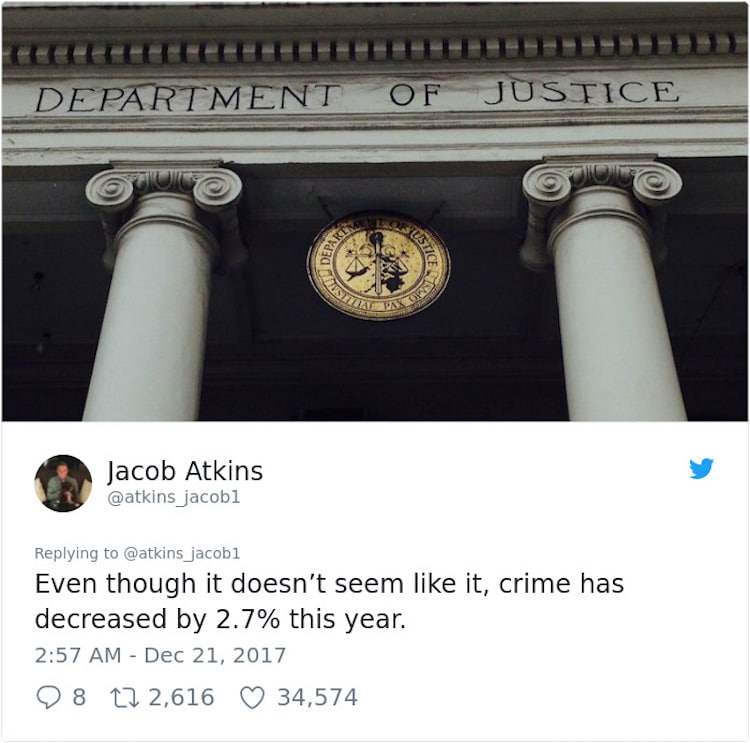 Read more: 5 facts about crime in the U.S. 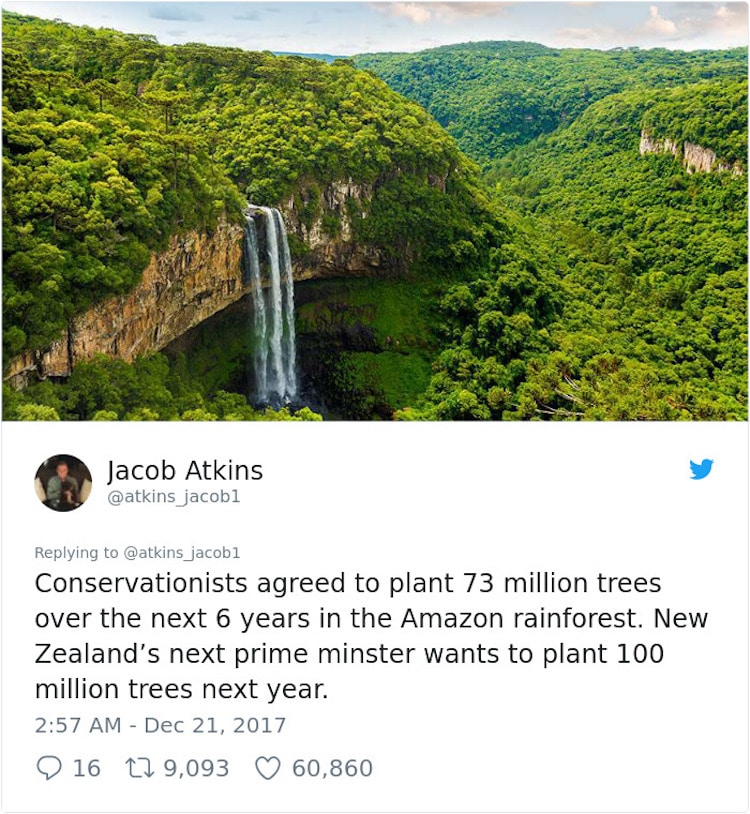 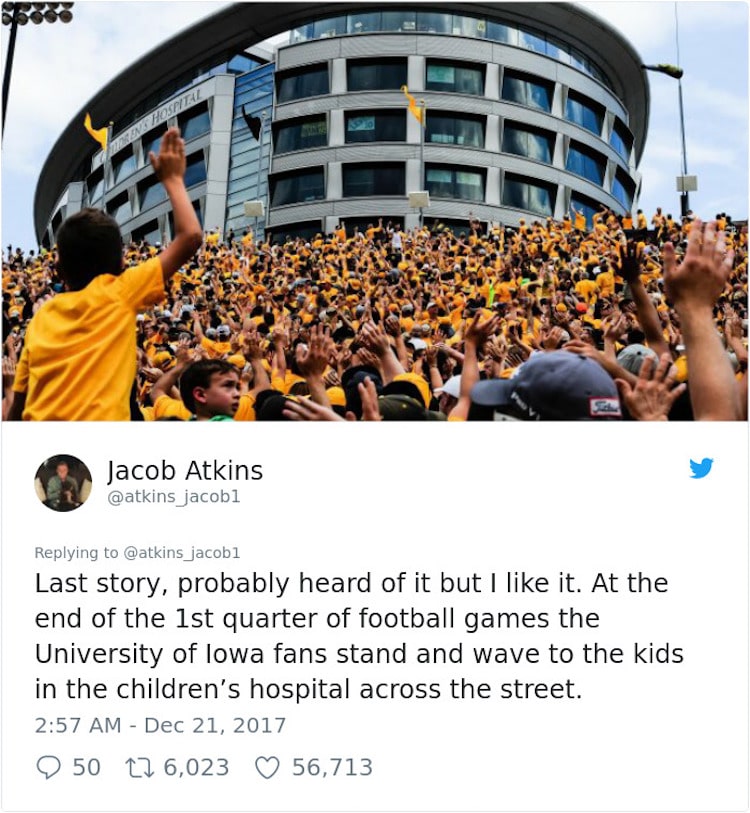 All screenshots via Jacob Atkins.