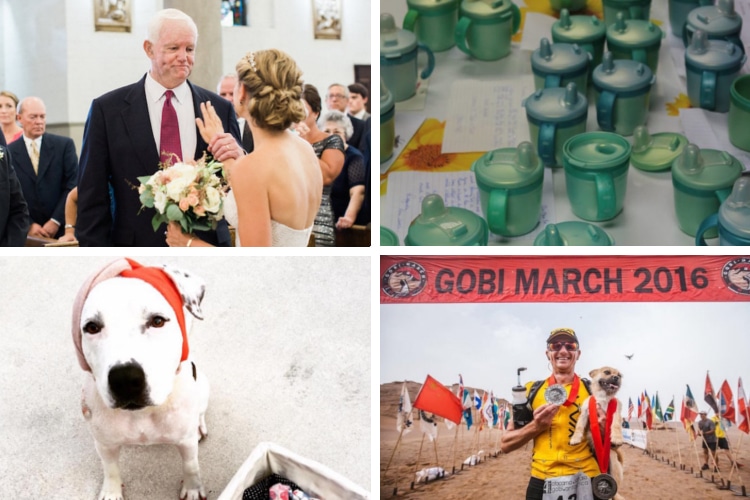 With a number of untimely and tragic celebrity deaths; messy campaigns, elections, and referendums; and devastating events across the globe, 2016 seems like a year that has brought great grief. Social media users are even celebrating the year's end with hashtags like #2016in4Words (hint: they're not kind) and #hurryup2017 trending on Twitter.

While the last twelve months have been undoubtedly challenging, they've also been undeniably inspiring. It's important to remember that there is no darkness without light. And in that light, we've seen uplifting crowdfunding campaigns, adorable animal success stories, and tales of unlikely friendships. 2016 has proven that little things can make a big difference.

Take a stroll down memory lane to remember some of this year's most inspirational stories. 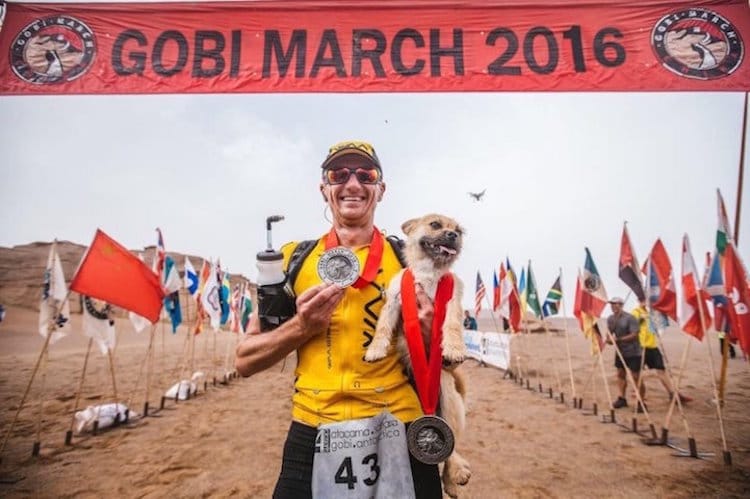 When extreme marathon runner Dion Leonard ran the 4 Deserts Race in China's Gobi Desert, he gained an unlikely running partner: a stray dog. On the second day of the 4 day event, the little dog began to run alongside Leonard. In total, the pair ran 77 miles together, and, at the end of their journey, Leonard adopted the lovable dog thanks to an overwhelmingly successful crowdfunding campaign. 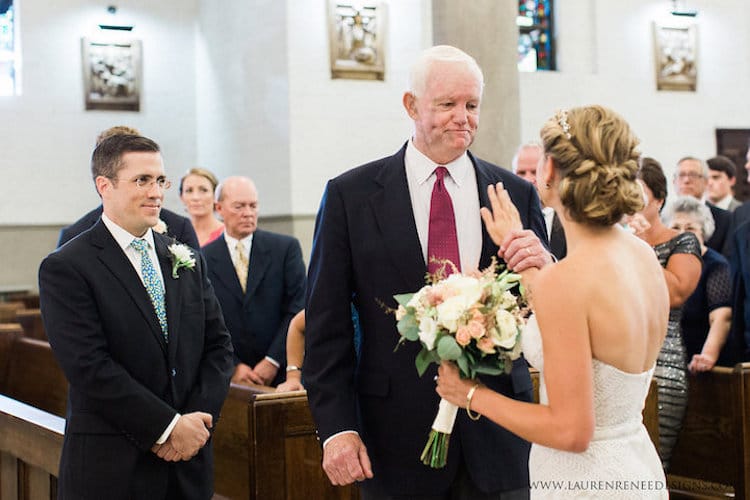 Read more: Bride Is Walked Down the Aisle by the Man with Her Deceased Father’s Heart

In 2006, Jeni Stepien's father was tragically killed during a robbery. His family decided to donate his organs, and a man named Thomas received his heart. Without having met in person, Thomas and Stepien kept in touch for years, and, when Stepien began to plan her wedding, she decided to ask Thomas for a heartfelt favor: to walk her down the aisle. “My mother was very touched by the idea also and thought it was a very appropriate gesture to honor my father,” she explained. “I knew how important it would be for her and my sister to receive this piece of closure by finally meeting Tom as well. I wanted to make the day special for everyone, not just for myself.” 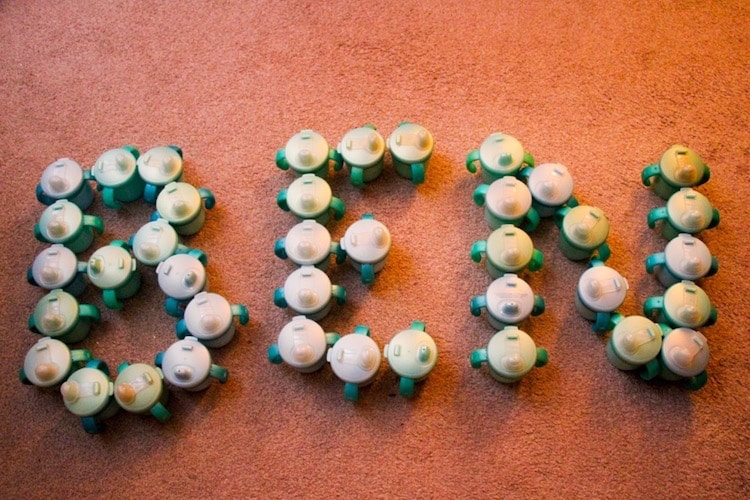 Read more: Dad Searches for Discontinued Cup for Son with Autism, Internet Helps Get 500 of Them

Marc Carter, a father and full-time caretaker from England, turned to Twitter with a unique request: he was in desperate need of a specific Tommee Tippee cup for Ben, his son with autism. Since he was a toddler, Ben has refused to drink from anything other than his favorite cup—even if it means he ends up hospitalized with dehydration. While Carter hoped that his Tweet would garner attention, he had no idea what he was in for: not only did he receive a massive amount of look-alike cups, but he also got attention from the Tommee Tippee brand itself. The company now intends to manufacture 500 cups for Ben. 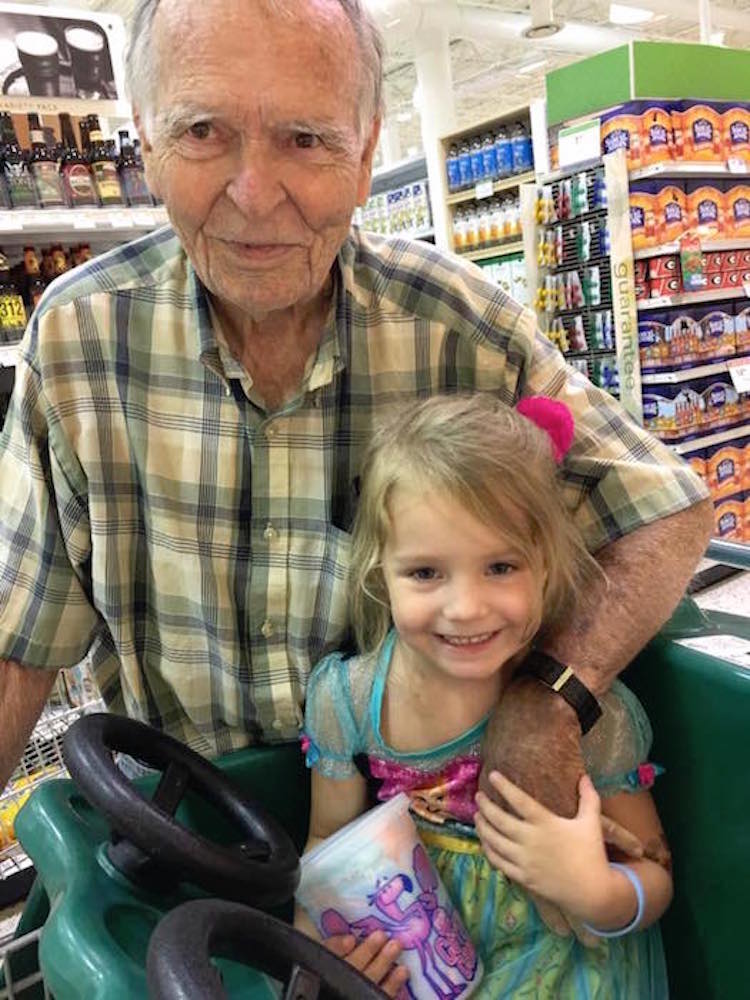 4-year-old Nora and her mother were grocery shopping when Nora inexplicably formed an unlikely friendship with Mr. Dan, an unassuming elderly man. “We’d passed several other elderly customers but [Norah] seemed magnetically drawn to this man,” Wood wrote on a Facebook post  “Her face lit up like the sun, she waved excitedly, and said, ‘Hi old person! It’s my birfday today!’” Since their adorable initial interaction, Nora and Mr. Dan have become best friends. 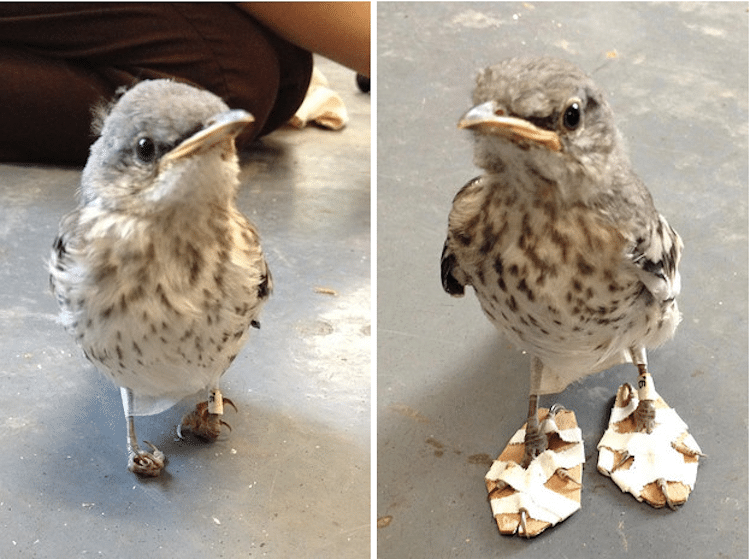 When a rescue team at the California Wildlife Center in Malibu rescued a Northern Mockingbird with “knuckling” feet, they had an ingenious solution: to fit the little bird with homemade “snowshoes” made out of cardboard. After just one week of wearing the makeshift shoes, the bird's tiny feet were realigned and she was released back into the wild. 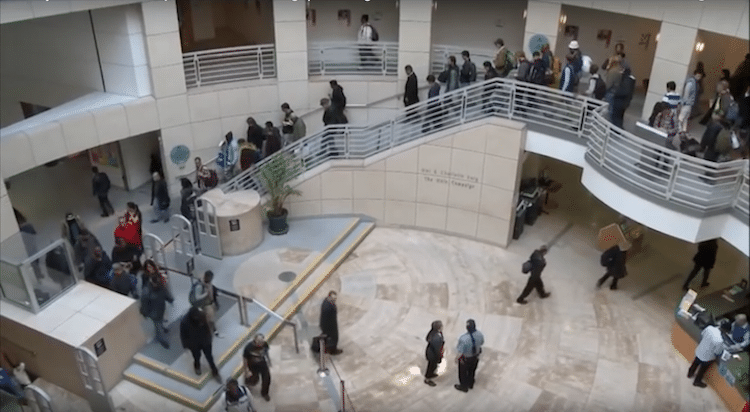 In 2009, the San Francisco Public Library teamed up with the city's Department of Public Health to address the city's homelessness issue—particularly, in its main library. Since then, Leah Esguerra, a full-time psychiatric social worker, has offered aid to 800 homeless visitors. In addition to conducting medical assessments, she also directs the homeless individuals to locations that offer meals, shelter, and legal assistance and supervises a team of “health and safety associates”–formerly homeless people who are employed at the library after completing a 12-week vocational rehabilitation program. 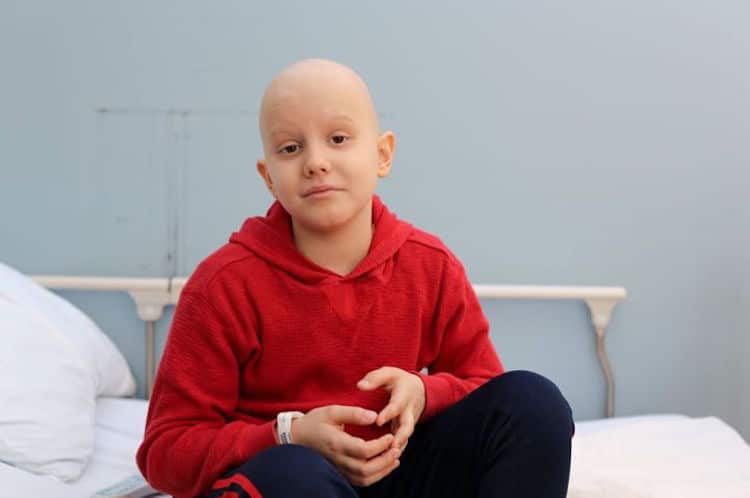 Earlier in the year, Brandon Stanton—the man behind the lens of Humans of New York—shot a collection of photographs that detailed the poignant stories of children with cancer. Set in Memorial Sloan Kettering Cancer Center, the powerful series resulted in a delightful donation surge: in just 3 weeks, over $3.8 million was raised. The money will go to research and to help affected families. 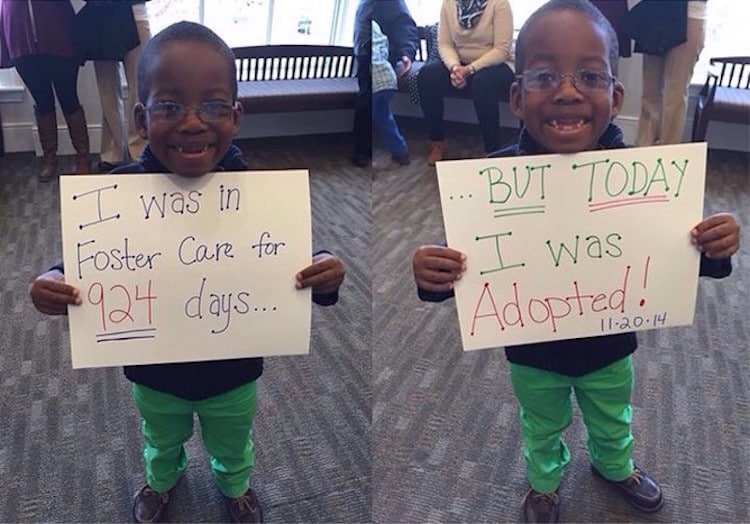 Using the hashtag #fosterlove, charity organization Together We Rise has brought attention to children in foster care. Accompanied by heartwarming photographs of smiling, recently adopted children, the powerful hashtag was introduced to paint an optimistic picture of adoption in America. “With so much negative news surrounding foster care we just want highlight the positive with amazing adoptions that are happening every day,” the executive director of Together We Rise explained. 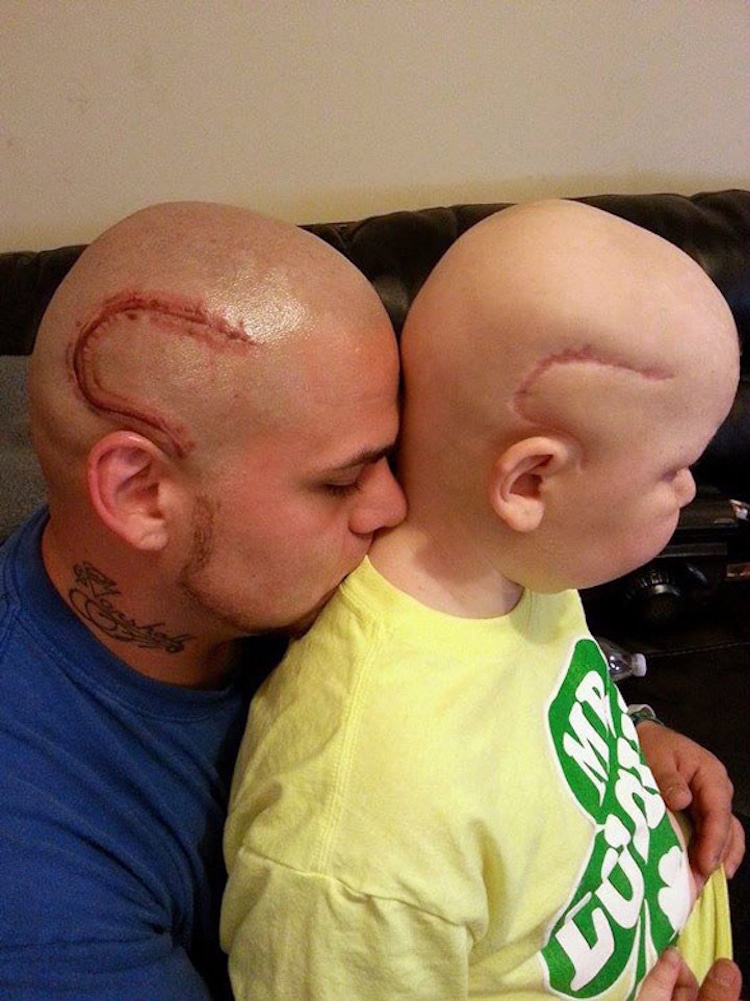 In March 2015, 7-year-old Gabriel was diagnosed with a rare form of brain cancer called anaplastic astrocytoma. He had to have surgery to remove the malignant tumor, which left a large, visible scar on his scalp. To boost his confidence and remind him that he's not alone in his battle, his father, Josh got a scar-like tattoo that matched his son's mark. “I told him if people wanted to stare, they could stare at both of us,” Josh explained. Talk about dad of the year! 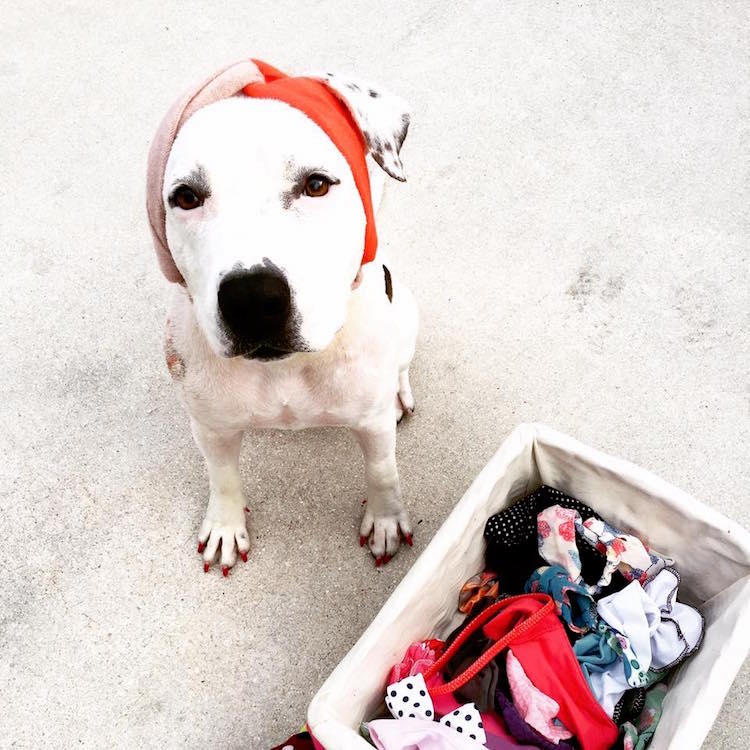 In November, Victoria Frazier—the founder of Love Is Fur Ever Dog Rescue—rescued Abigail, a 3-year-old pit bull mix, from a horrendous life as “bait” in a dog-fighting ring. Abigail was rushed to Miami-Dade Animal Services, where the deep puncture wounds on her head and the lacerations on her back and face were treated. Unfortunately, doctors could not save her severely damaged ear, so it had to be amputated. To cover the stitches on her head and aid her healing wound, Frazier began to dress the poor pup in hats. Through Facebook, Abigail's heartbreaking story spread, and she began to receive hats and other get-well goodies from strangers across the globe. Now, you can donate to Abigail's cause through the Bonnets for Abigail page.