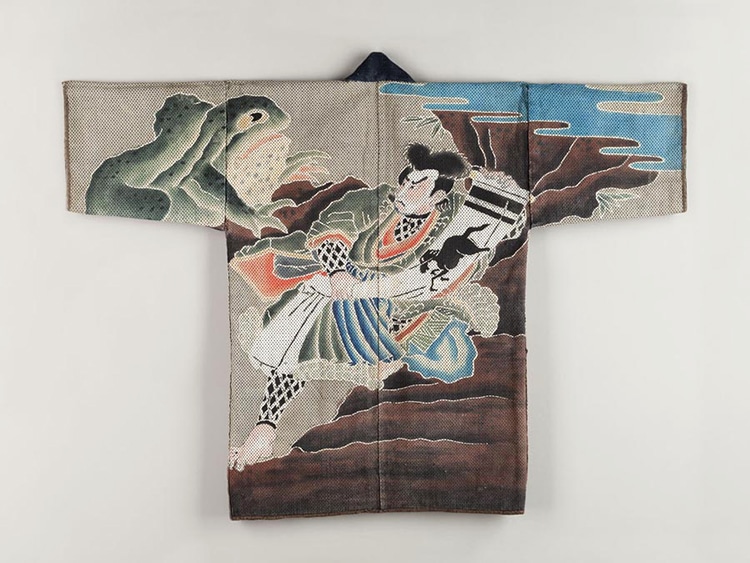 During Japan's Edo Period (1603-1868) firefighters were responsible for stopping blazes before the flames ran rampant through a city's wooden buildings. Many stunning examples of firemen's coats (called hikeshi banten) have survived from the nineteenth century. On the outside, these long coats function similar to modern firefighter uniforms by identifying the wearer with their fire brigade. However, the insides of the coat were decorated in elaborate scenes of strength and heroism drawn from Japanese legends.

The coats served many purposes. The thick quilting would be soaked in water to protect firemen from the flames as they destroyed burning houses. This dangerous strategy of firefighting was necessary before modern hoses. By destroying one burning building, the firefighters contained the damage rather than allowing the fire to spread over wooden rooftops. Once successfully extinguished, the firefighters would reverse their coats to display the intricate symbolism which had protected them while fighting the fire. Critical to any city's survival, firefighters were revered for their strength and bravery.

Found in many museums today, Japanese firemen's coats are usually displayed with their fabulous interiors facing outwards so visitors can see the master craftsmanship and learn more about the figures represented. A coat could take weeks to create. The sashiko technique (meaning “little stabs”) refers to the detailed quilting method used to bind the layers of the coat. The coat would then be dyed using the tsutsugaki method. This method uses rice paste, which is applied to the fabric and prevents the dye from adhering. By repeat use, the method allows for the creation of intricate designs.

In one coat, the historical Japanese hero Kato Kiyomasa frolics with a tiger who has the warrior’s helmet in its mouth. In another, the hero Musashibo Benkei is attacked by a large carp. In a particularly stunning example, a giant spider from the tale of the hero Minamoto no Yorimitsu is depicted hovering over a Go board. The hero wounded the spider and sent him flying. As warriors against fire, Japanese firefighters of the Edo Period clearly admired these legendary figures' strength and bravery.

Scroll down to see some stunning examples of these firemen's coats. 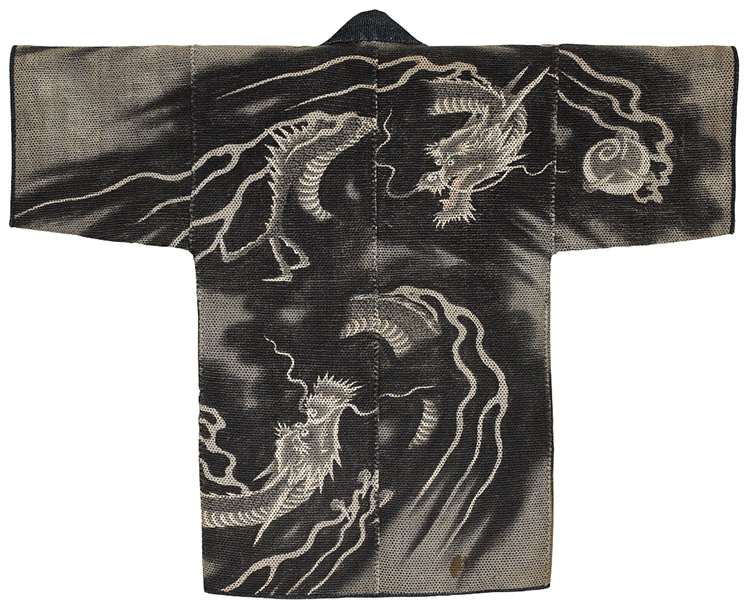 The decorative side of a coat would be worn facing inwards while fighting fires. 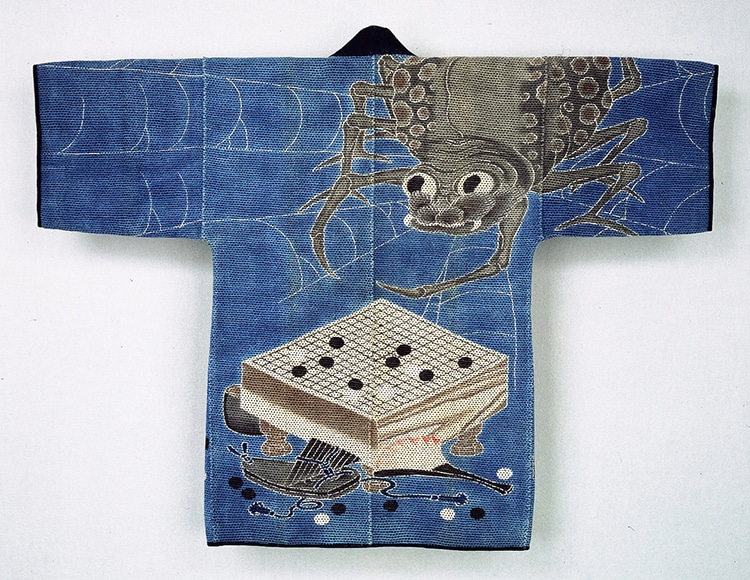 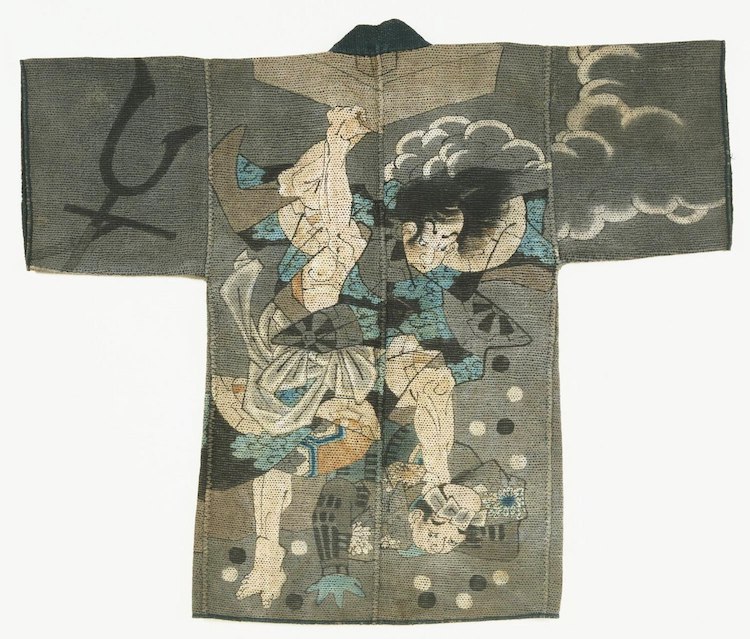 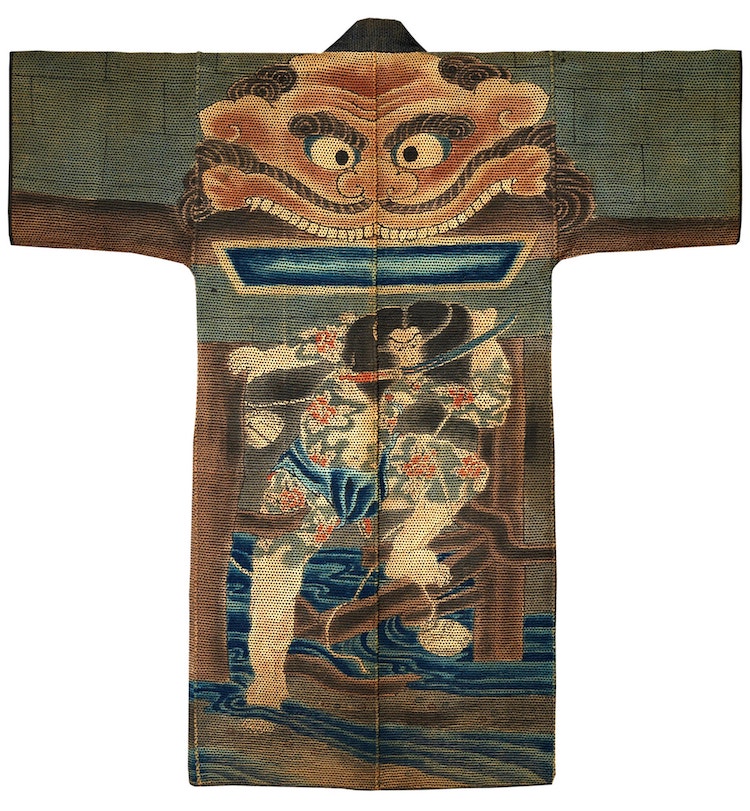 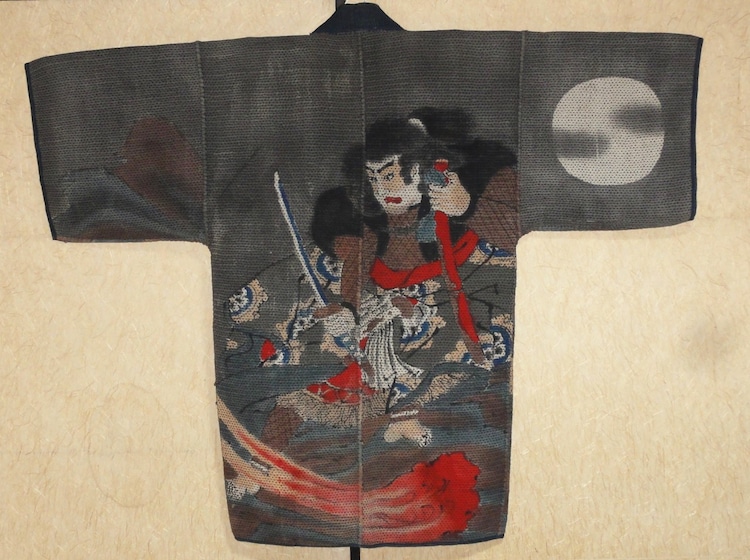 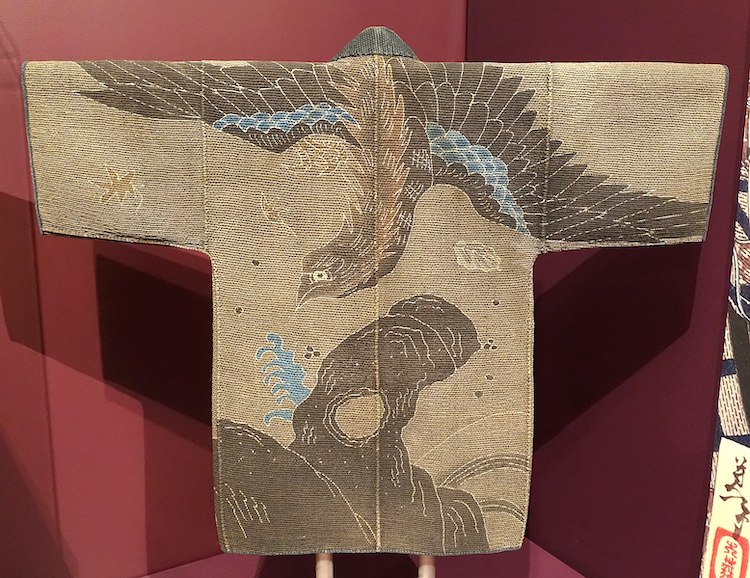 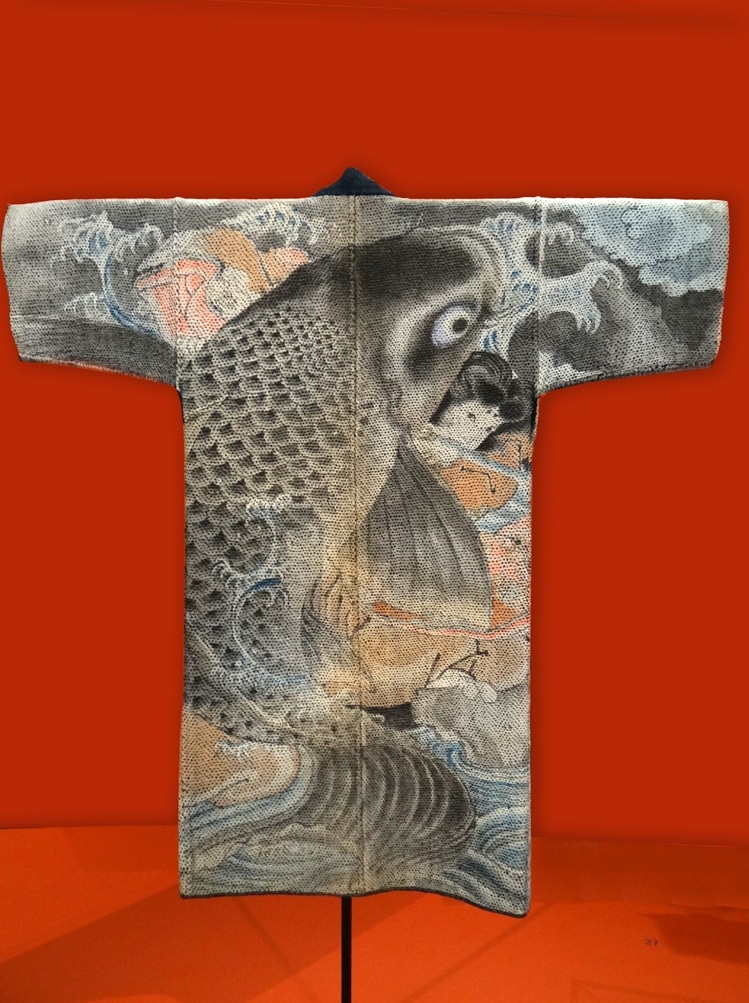 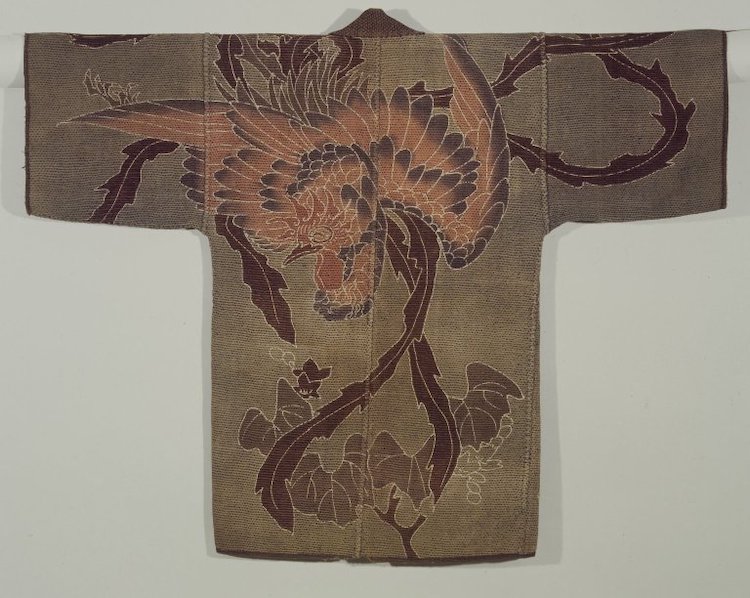 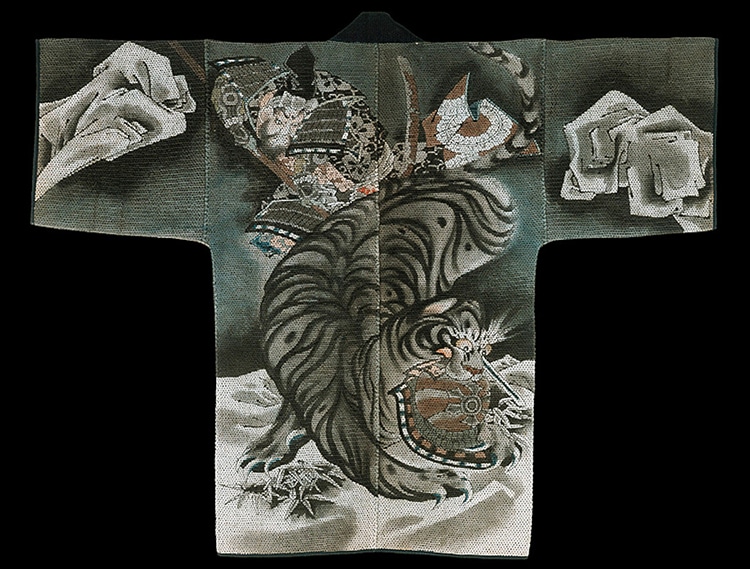 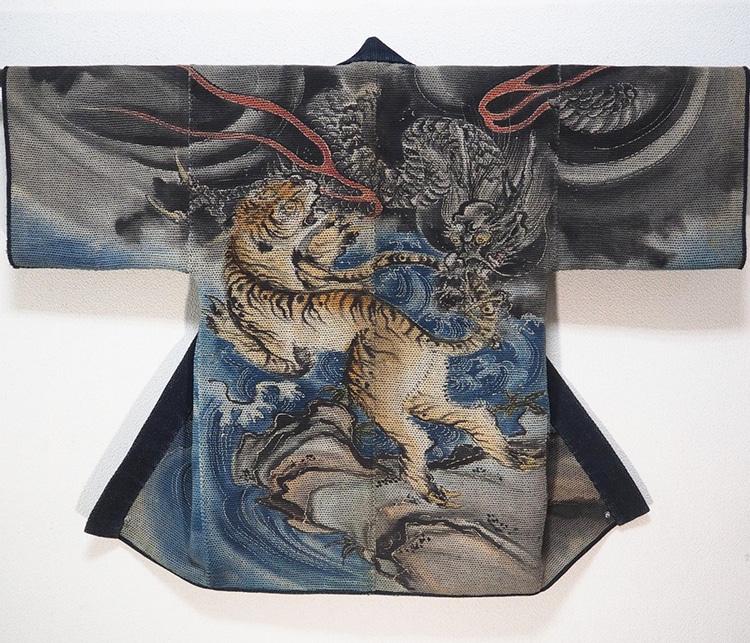