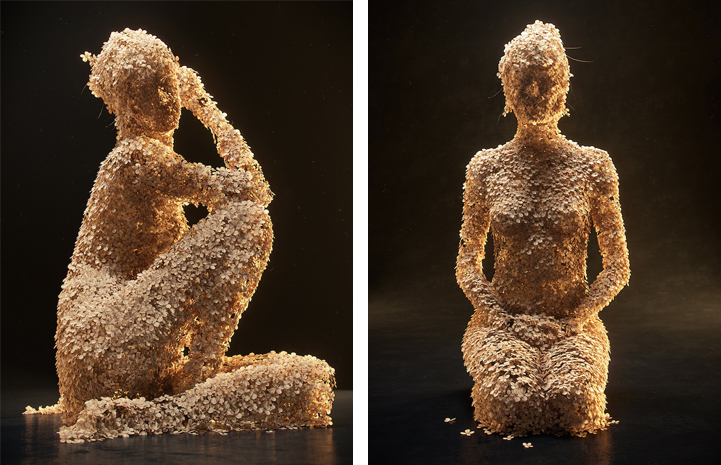 Artist Jean-Michel Bihorel uses real dried blooms to create a stunning digital series called Flower Figures. The French creative says that this project is “a bit more experimental than what I usually do,” as his work typically features characters with a cartoonish look and feel. Here, he's utilized 3D scanning technology to capture a bunch of dried white hydrangeas that were then multiplied and modeled over a female form. The result is a new being that's simultaneously familiar and exquisitely fantastical.

Bihorel imagines his Flower Figures in a couple of poses that include crouching and reclining. With each position, the character showcases ease-of-movement–the hydrangeas feel like a hand-crafted costume rather than something that lives entirely on a computer. 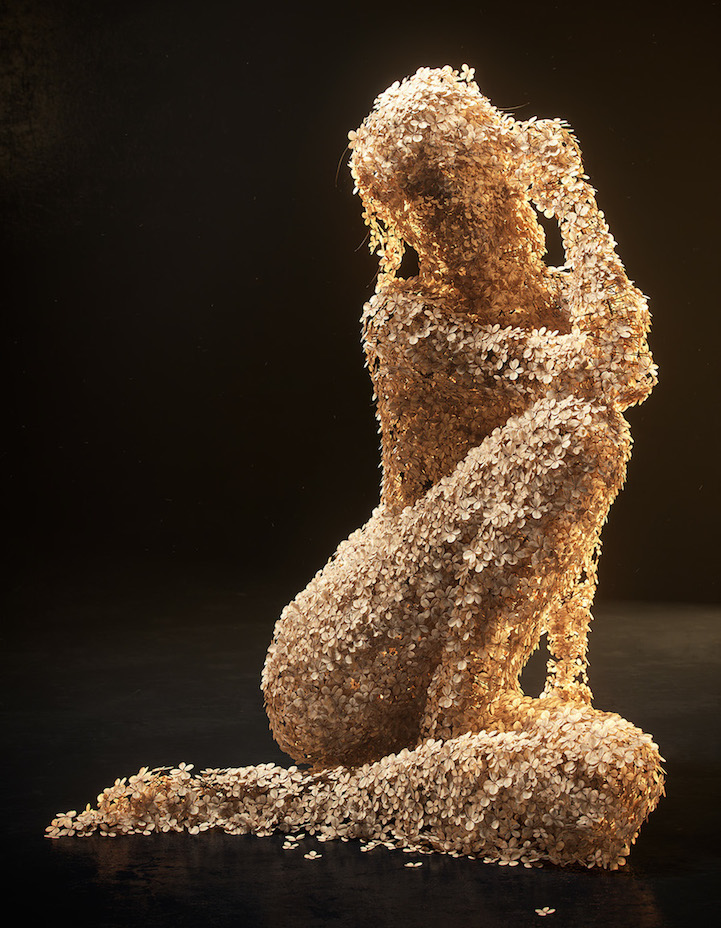 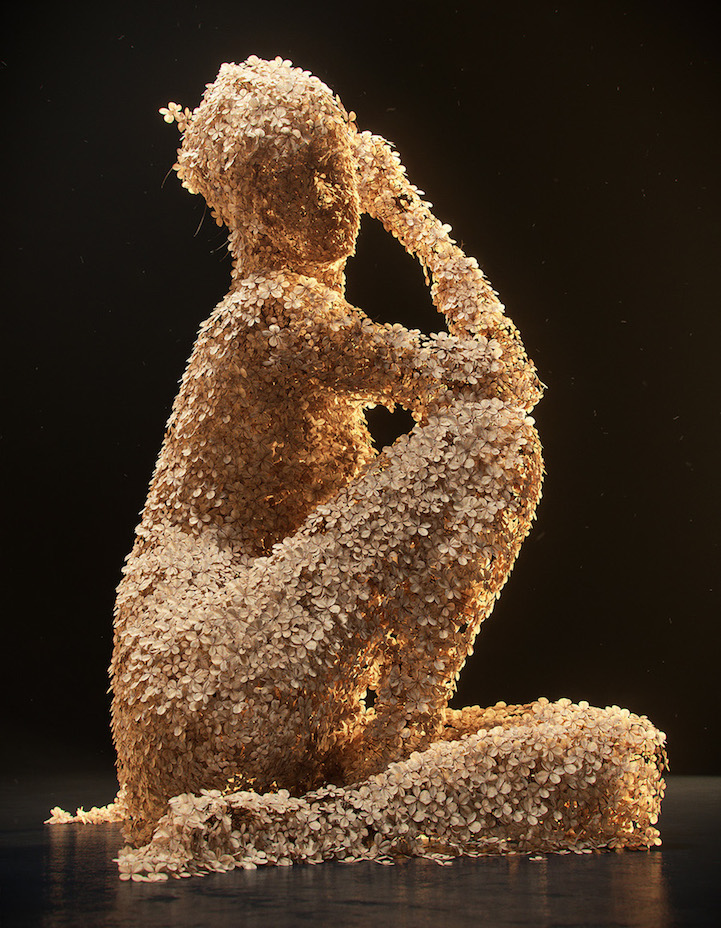 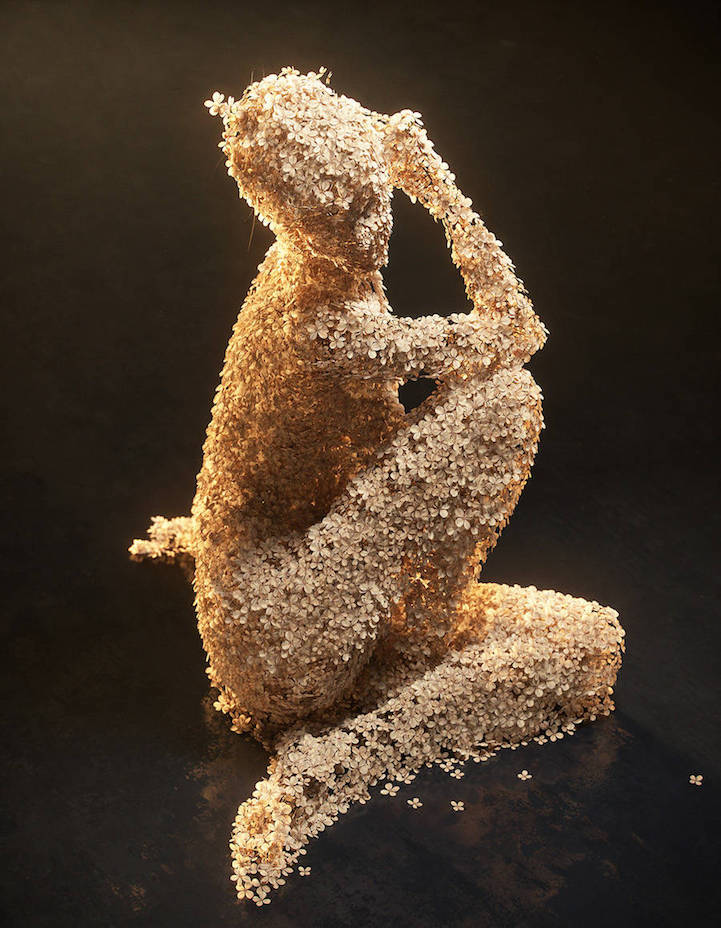 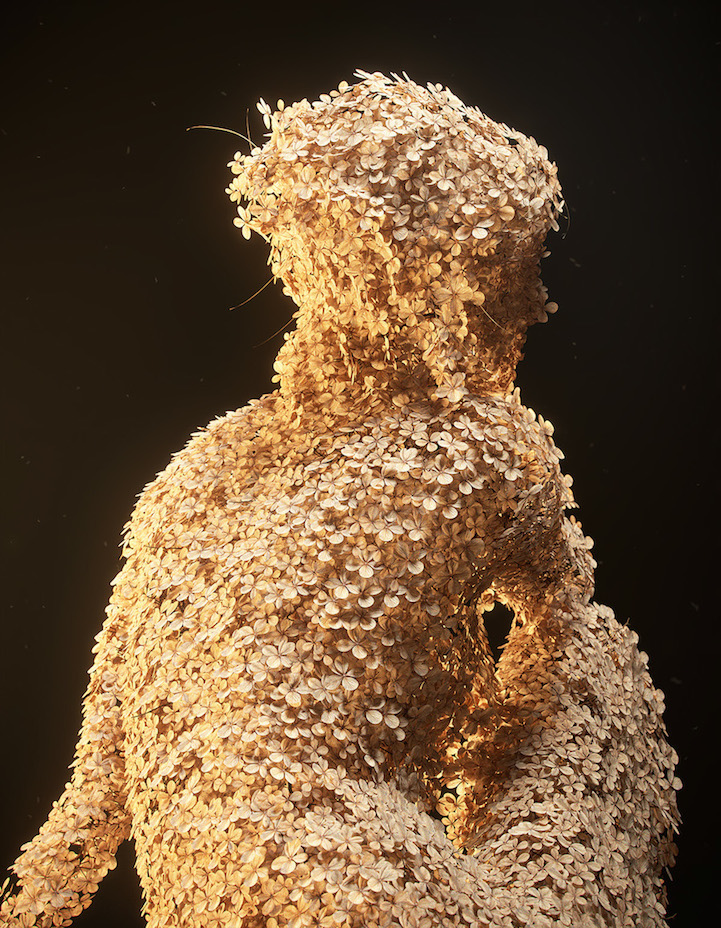 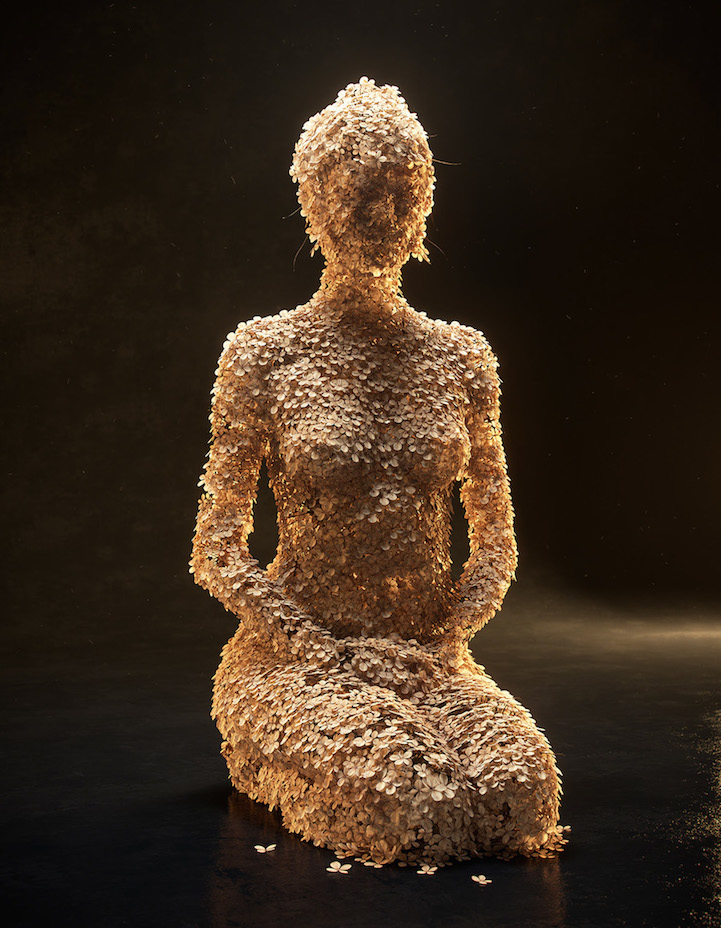 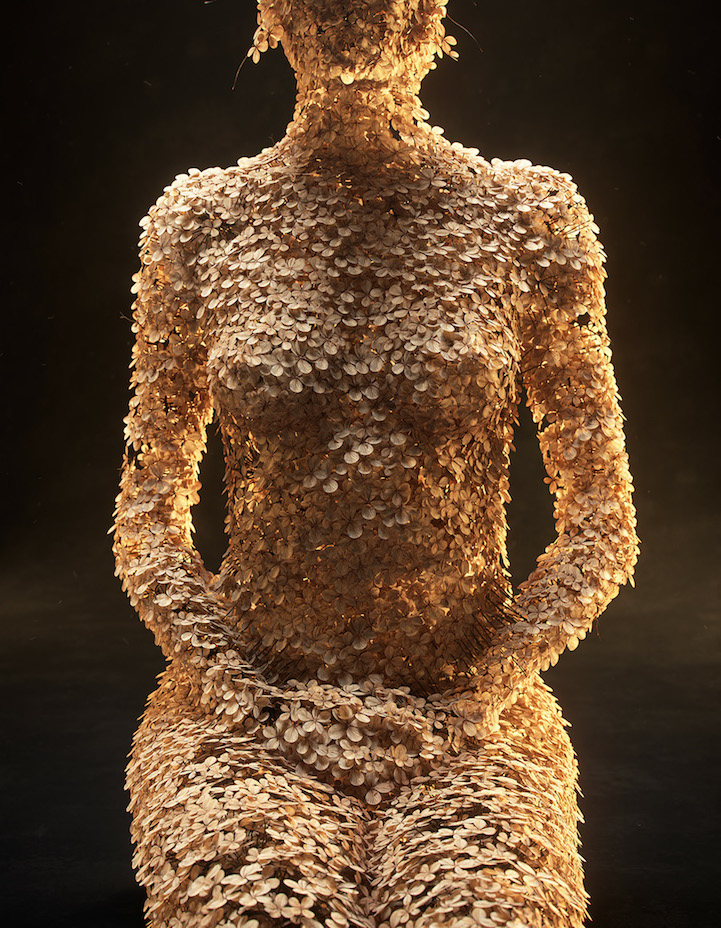 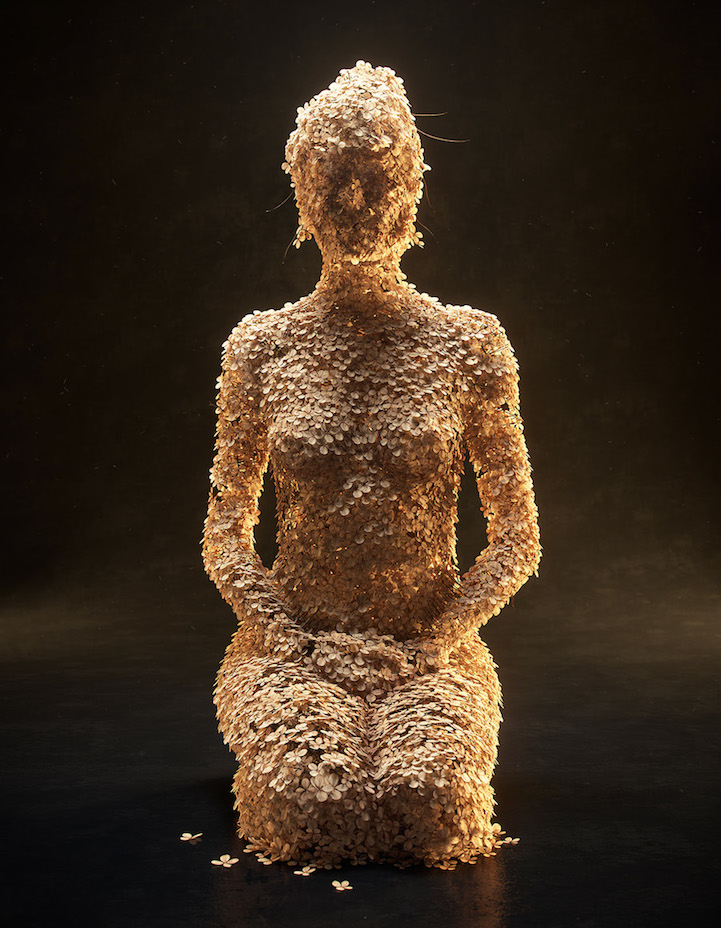 These are the dried flowers that inspired Bihorel to create Flower Figures: 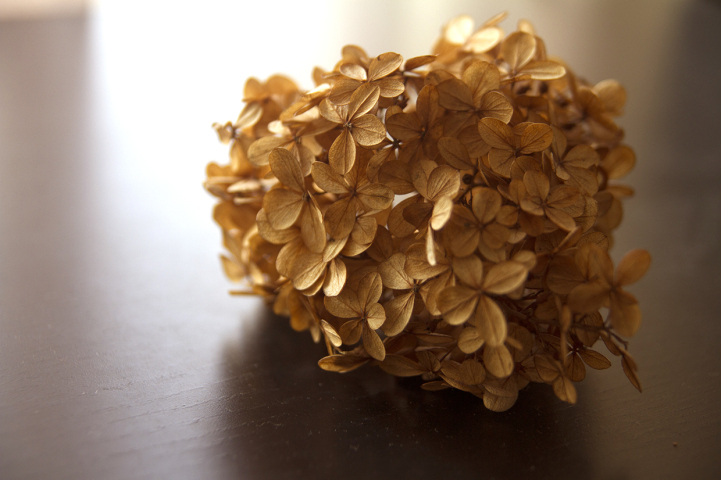