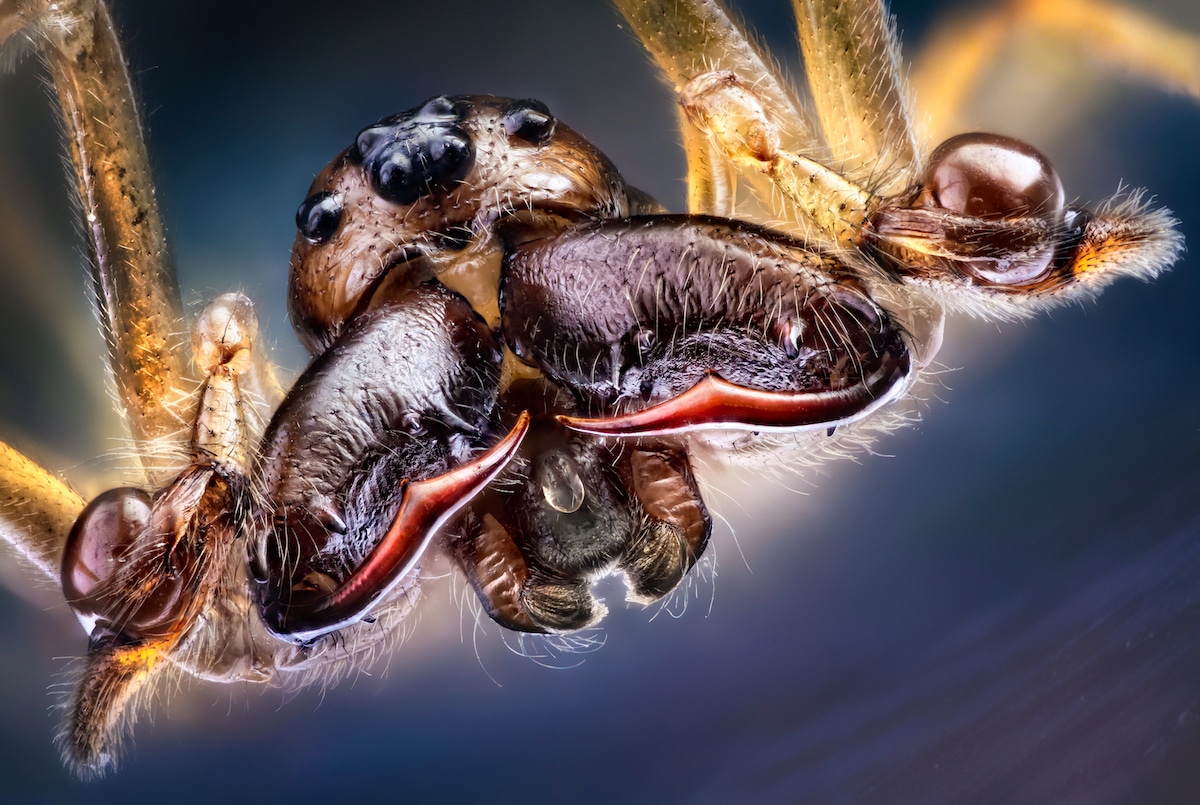 Fascinated by insects since he was a child, Swedish photographer John Hallmén has made a name for himself as a premier insect photographer. Self-taught, Hallmén's meticulous approach sees him capturing these tiny creatures either in the wild or in his makeshift home studio.

Hallmén's insect portraits are an incredibly detailed look into the personality and anatomy of different species, each photograph a tribute to a universe of animals that often goes unnoticed. Whether captured in their natural environment or given the studio treatment—Hallmén often uses focus stacking in these instances to pull out rich details—his work is a fascinating look at the beauty and diversity of bugs.

Since embarking on his specialty as an insect photographer, Hallmén has published several books and now leads workshops in Sweden about his craft. His first book, Bugs Up Close, was published in 2012 and since that time he's published two children's books in Swedish—both based on the world of insects. And for those who wish to understand more about his subjects, Hallmén provides well-thought-out descriptions under each image on his Flickr account. We had a chance to speak with him about his fascination with insects and his techniques for capturing these bugs. 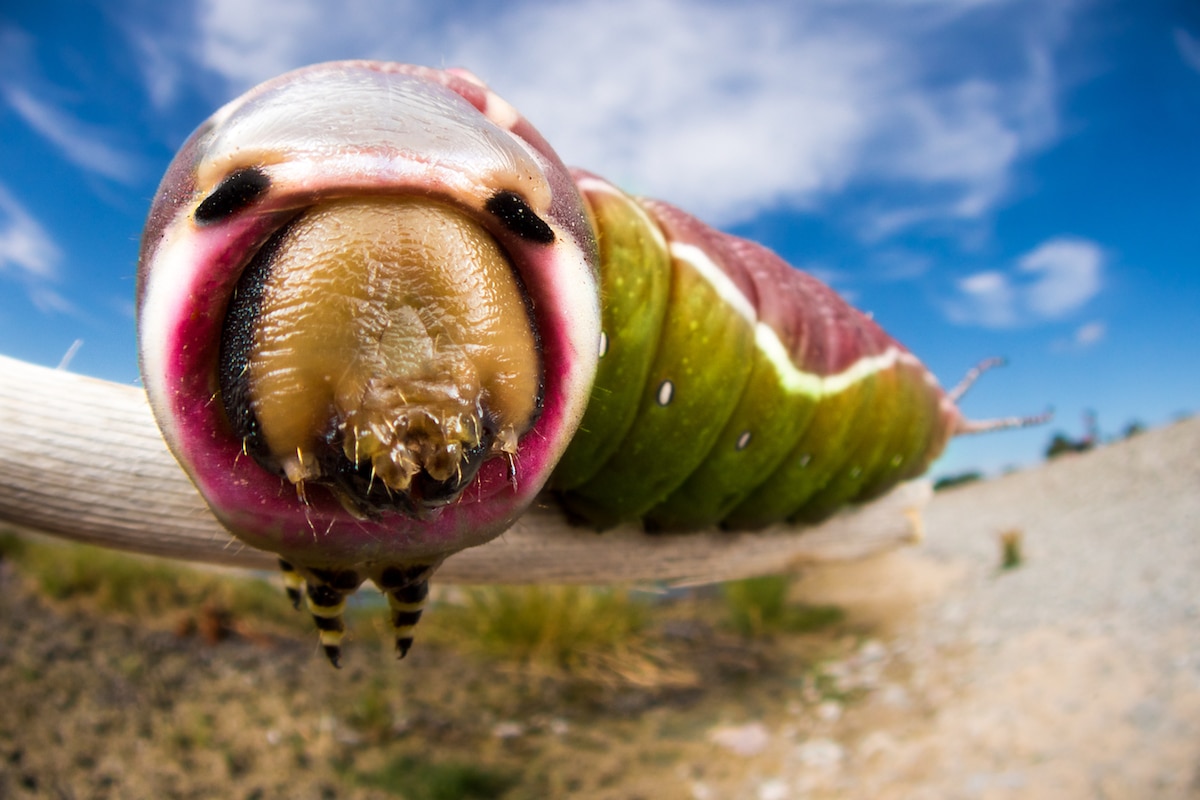 Your father was a botanist, so that partially explains your fascination with insects, but where did the idea to begin photographing them come from?

My fascination really began when I realized how bizarre and beautiful insects look when viewed up close. Of course, without a camera, they literally need to be in your face for you to appreciate this, and not everybody appreciates this. In fact, people tend to shy away if you shove an insect in their face.

So it was a revelation when I realized that photographs of insects do not induce nearly as much fight-or-flight response in people… Using the camera and a high magnification lens, I’m able to show people what I find so fascinating about bugs! 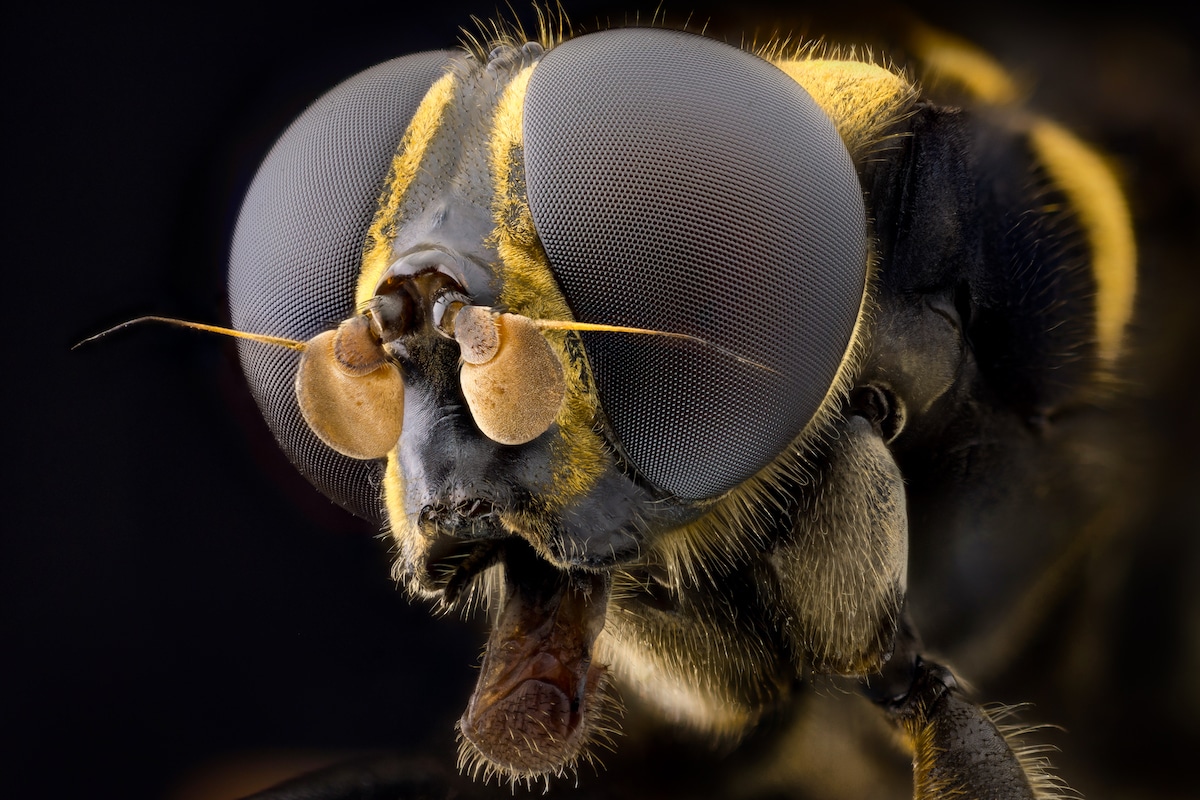 Can you share a bit about your technique for photographing the insects in the wild and how you get them so still?

When the insects are active, you have to rely on methods for freezing the action—a flash unit is great for catching them in action without losing detail. An alternative method is to venture out early in the morning when the insects are cold and remain still! When conditions are good (cold and windless) you have great opportunity to capture insects in high resolution.

I use a technique called focus stacking, where I shoot a sequence of images with incremental focus adjustments. These images are later combined using special software in order to achieve an image with much more detail than would otherwise be possible. 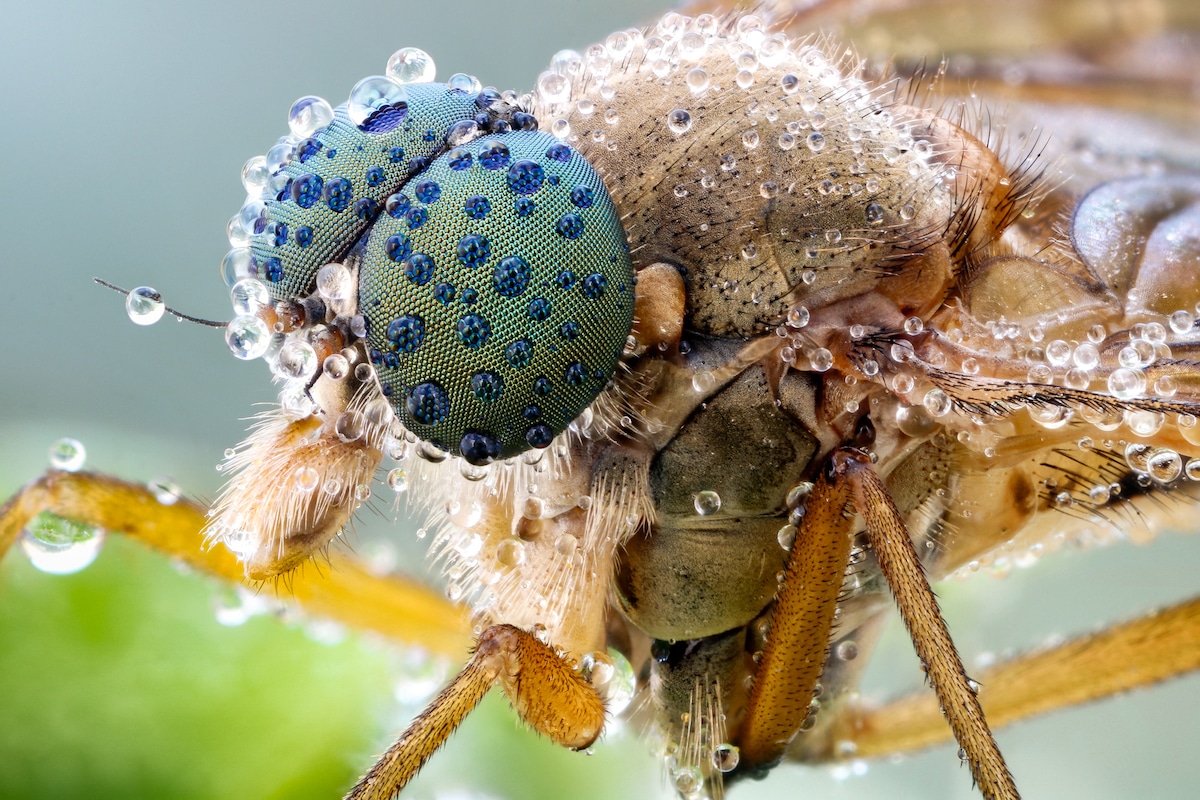 You also shoot in a home studio. As a self-taught photographer, what was the most difficult part of learning how to photograph in a studio?

As a field photographer, you learn to adapt to the conditions nature provide you with. While it can be challenging in its own ways, you also have the benefit of being served beautiful scenes with fantastic light and sublime colors—you come to depend on this. In the studio, however, you get nothing for free, since you’re in control of every single aspect of the image: lighting, colors, angles…

All the possibilities and decisions you have to make can be overwhelming and without the natural variation of conditions in nature, you run the risk of getting stuck with the same settings. I often solve this by introducing some amount of arbitrariness into the process—I smack the little gooseneck spotlights around or tear a hole in the light reflectors and diffusers. I can rip out a small piece of the morning paper and use it as a background (the magnification is so high that whatever the piece contains it will be converted into a smooth solid or gradient). Then I review the result and repeat until I see something I like! 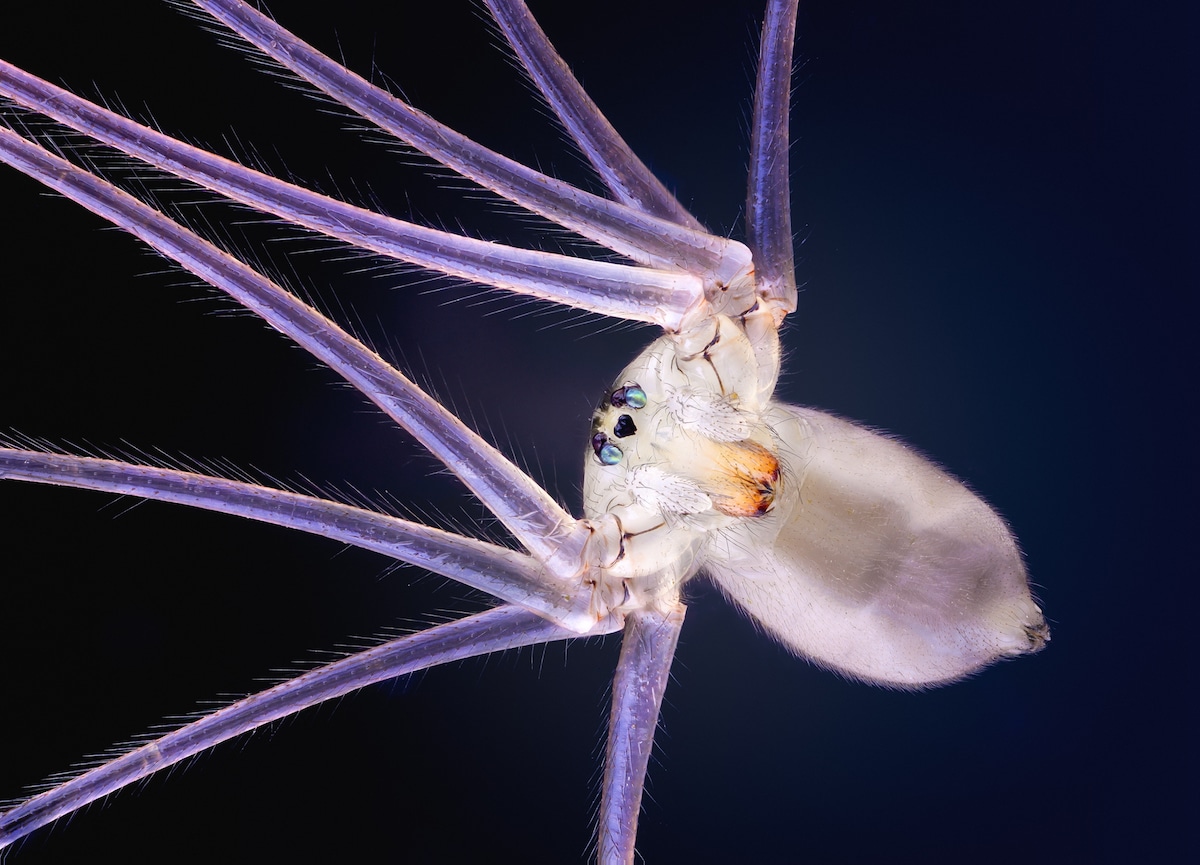 Is there any particular insect you’ve been wanting to photograph but haven’t had the chance?

While I’m sometimes out hunting for some particularly interesting insect I really prefer taking a more opportunistic approach to my photography. I’ve often experienced that having a particular scene or subject in mind can limit my ability to appreciate those opportunities that actually present themselves. When I’m hunting for some particular species I try to do this as an entomologist/biologist while the photographer in me keeps a more open mind. 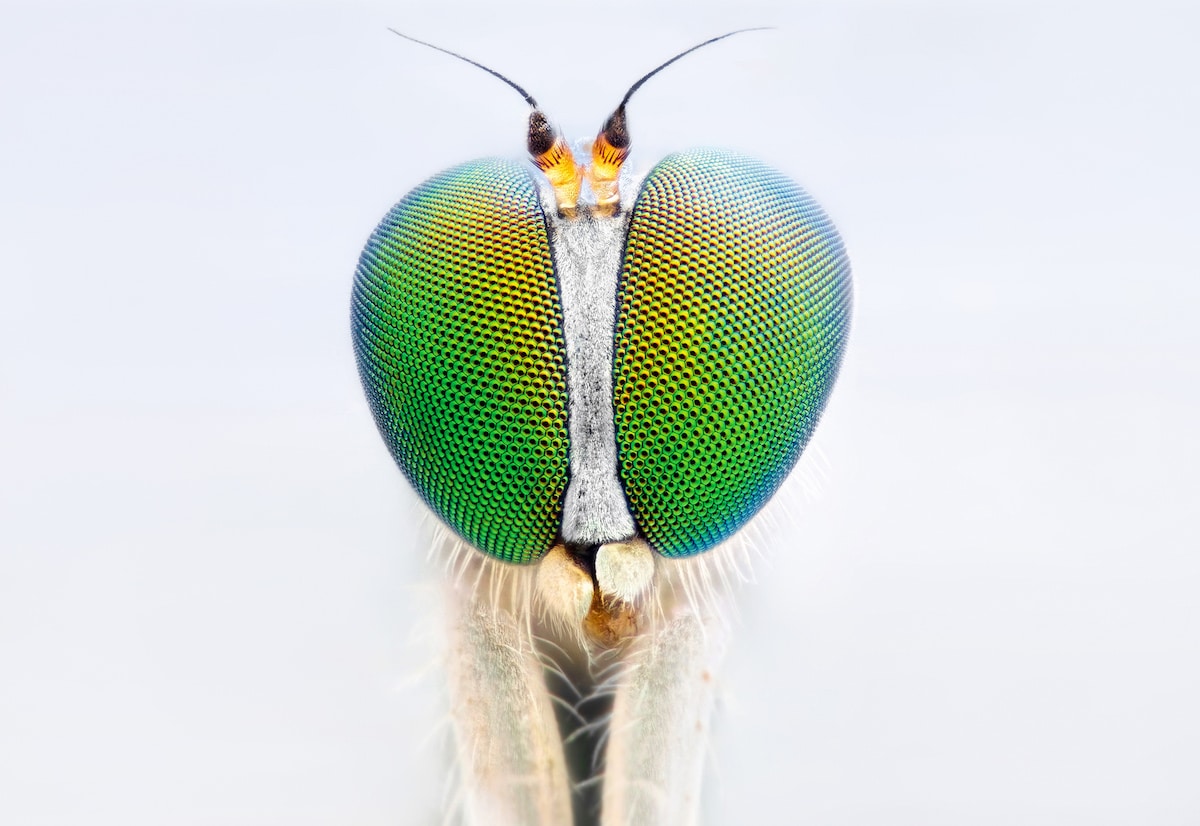 What was the most difficult insect to photograph and why?

One that springs to mind is a small long-legged fly that is very common but proved to be surprisingly difficult to photograph. I tried repeatedly to capture an image of it, and time after time I was absolutely sure that I had succeeded, only to find a perfectly empty scene showing on the camera display. I could watch the fly through the viewfinder and it would remain still for several minutes but somehow I always managed to vanish at exactly the moment when I squeezed the shutter button of the camera.

Finally, I figured out that the little fly was scared away by the pre-flash sent out just fractions of second before the actual exposure. As humans, our perception is too slow to even notice it but these flies have lighting quick reactions. And not only do they manage to perceive the pre-flash but they’re able to take off and leave the scene before the camera captures the image! I then realized I could use this to my advantage – by setting the flash to strobe mode in which it fired 90 times per second I was able to capture a multi-exposure of the fly as it took off in one single capture. 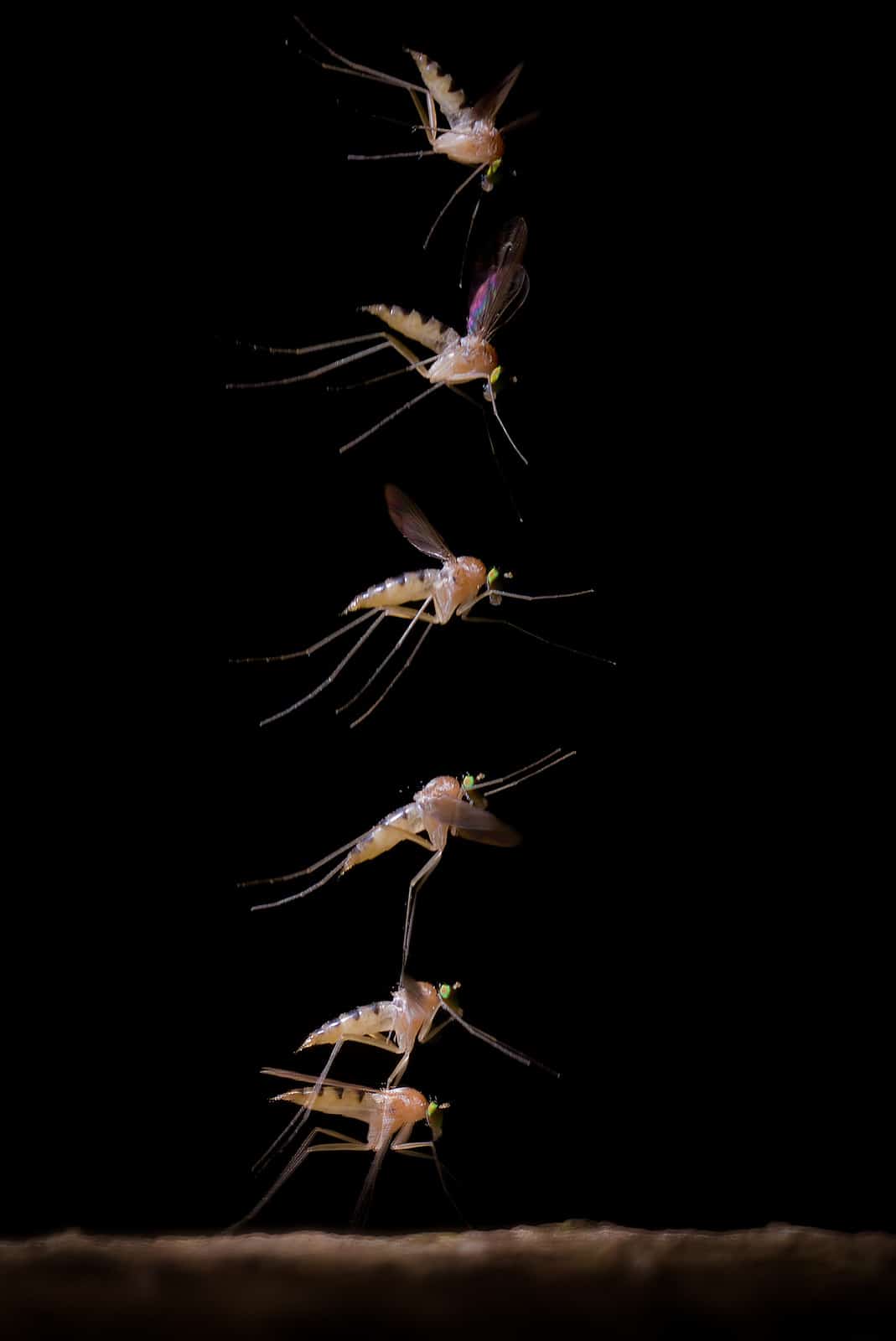 Ultimately I want the same thing today as I wanted when I was seven trying to make everyone around me appreciate how cool a millipede looks when viewed super close! The fact that we’re surrounded by this enormous amount of fascinating creatures that very few even notice and even fewer appreciate… Well, it’s quite frustrating and incredibly inspiring at the same time!

John Hallmén meticulously captures the spirit of bugs with his close-up photographs. 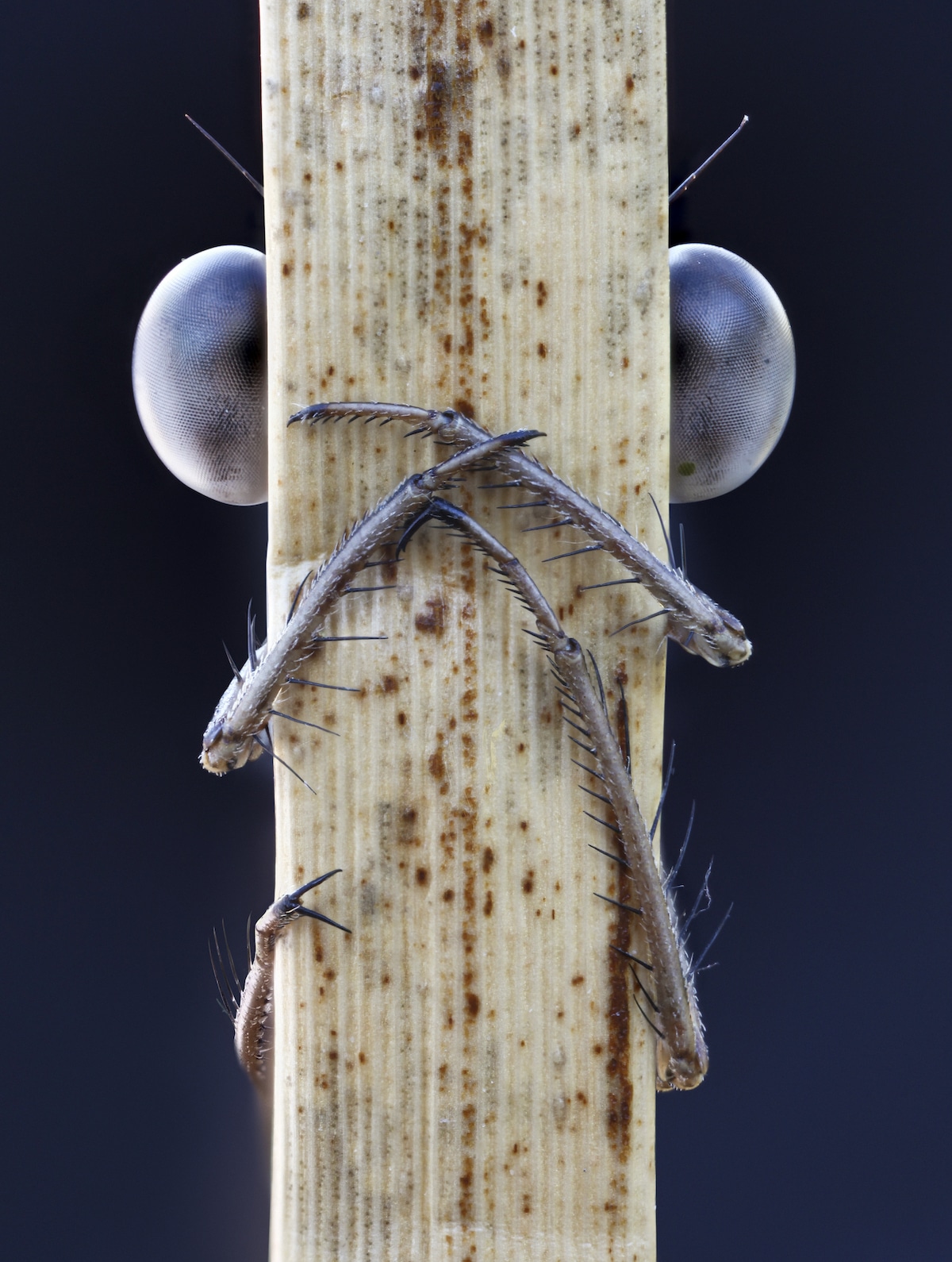 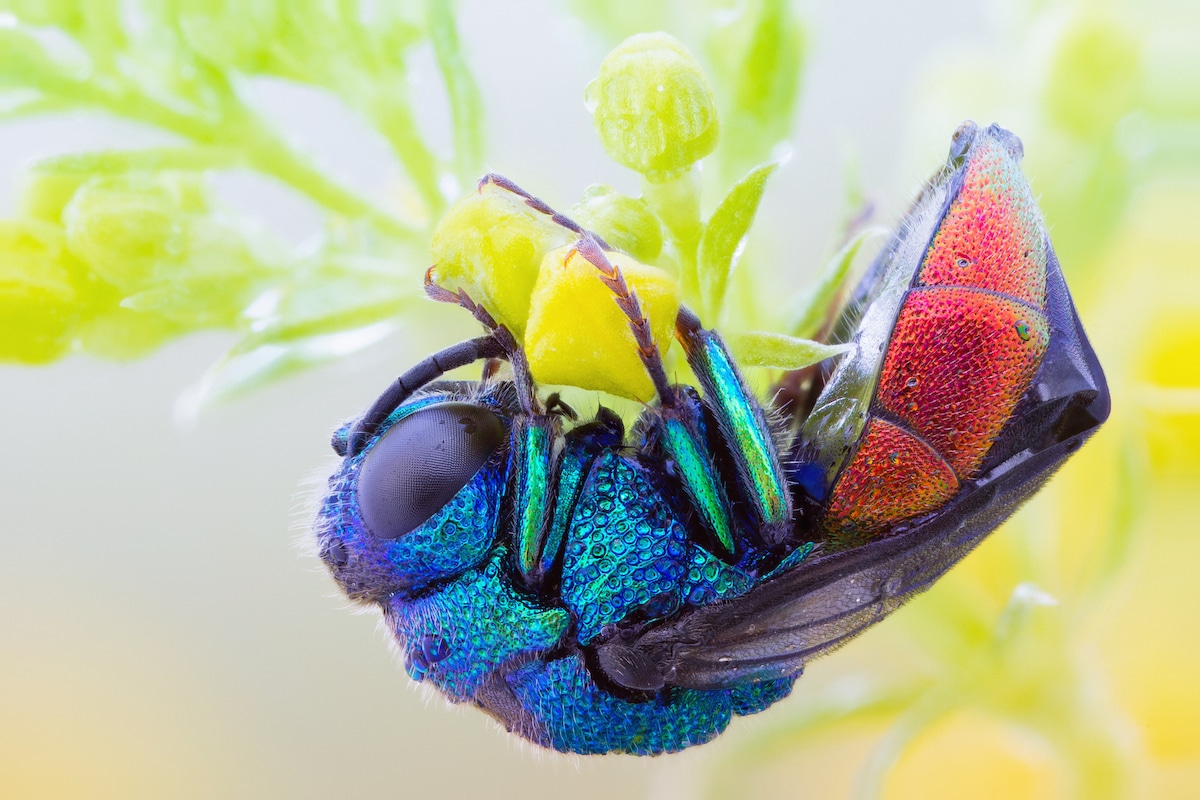 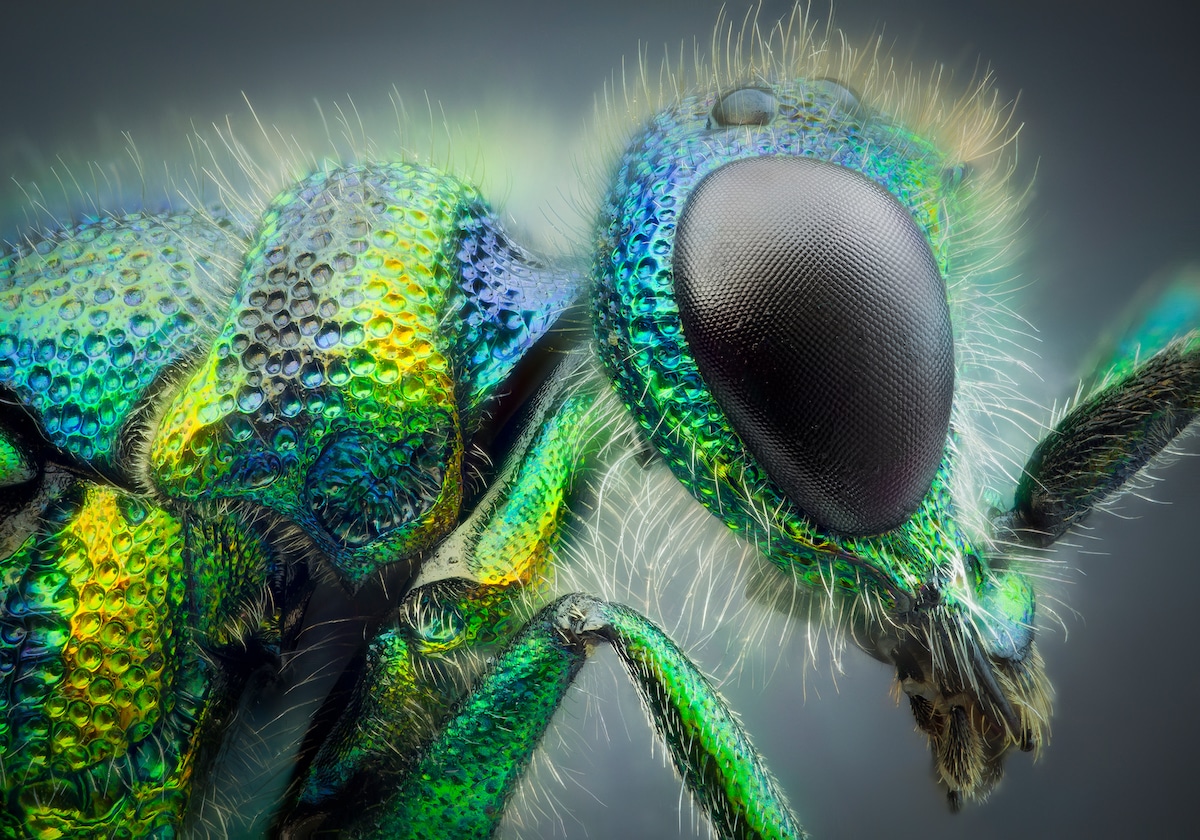 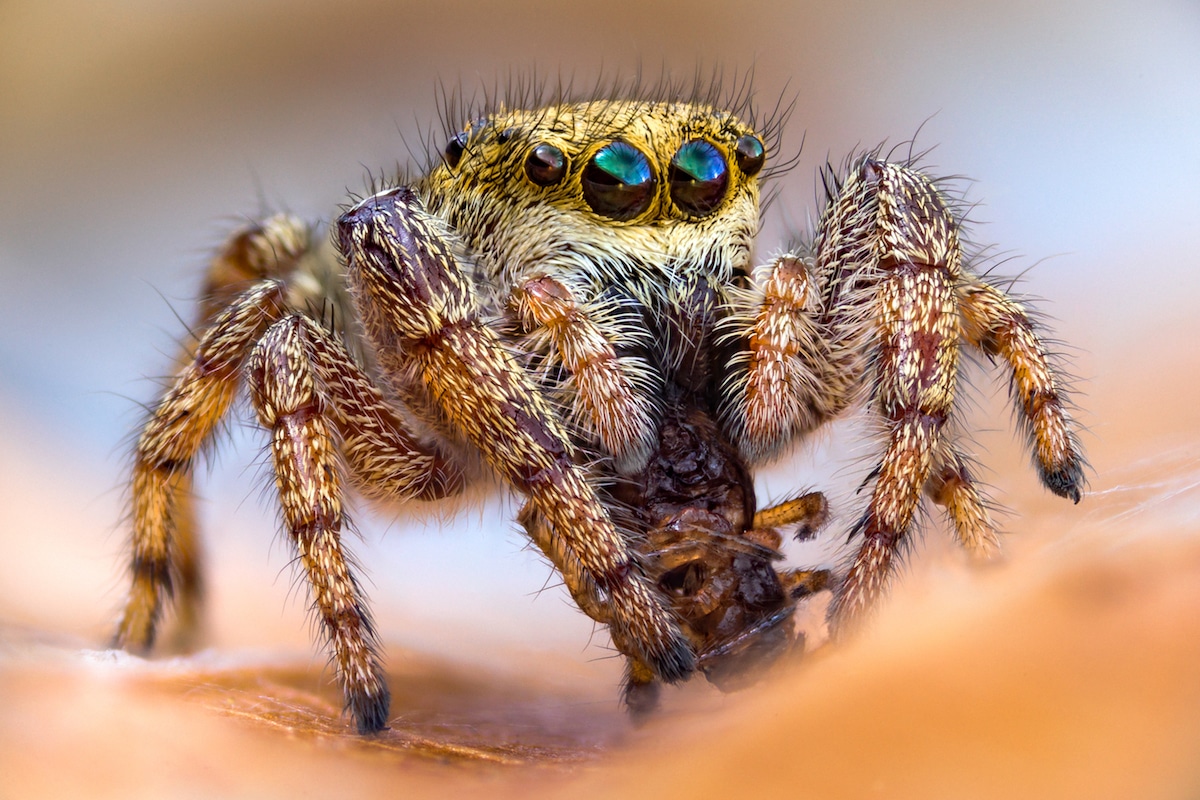 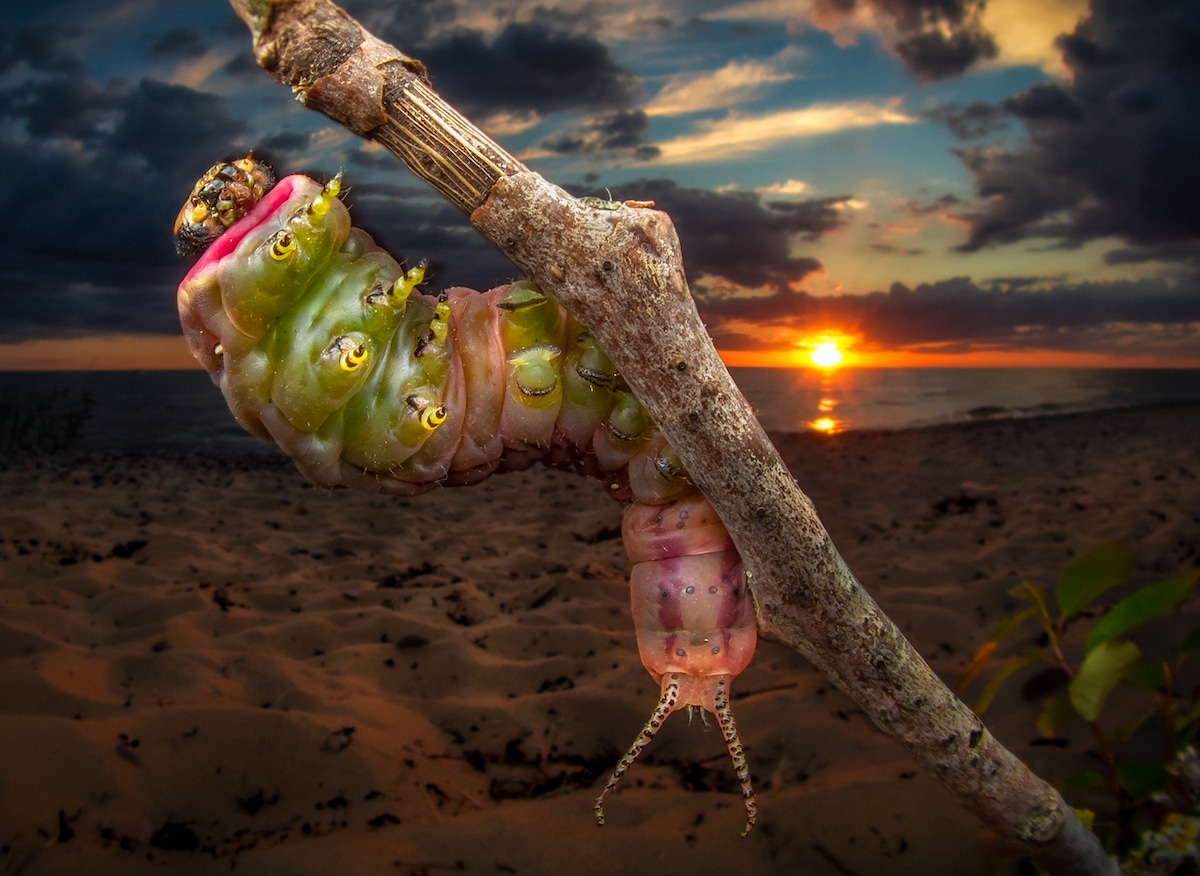 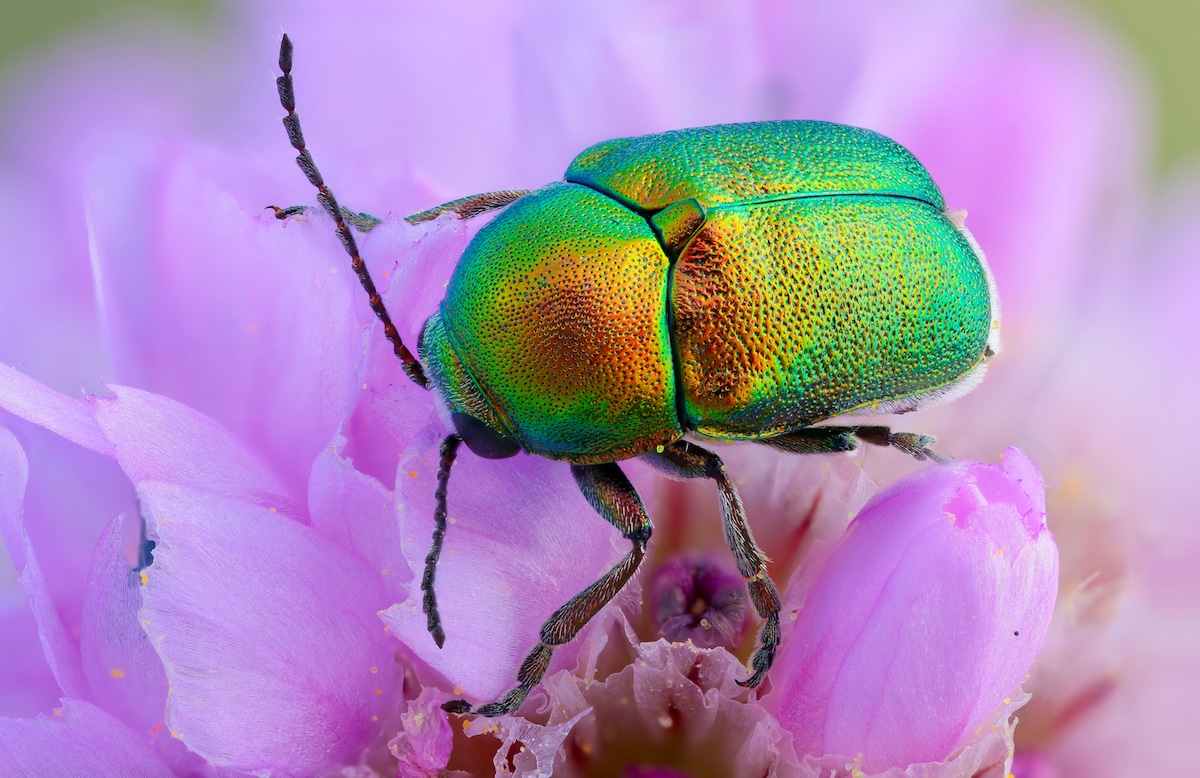 My Modern Met granted permission to use photos by John Hallmén.

‘Cause Insects Close Up are Cool but with Dew Even Cooler: Photography by Martin Amm

Fascinated by the world of insects? Share
Like My Modern Met on Facebook
Get Our Weekly Newsletter
Become a
My Modern Met Member
As a member, you'll join us in our effort to support the arts.
Become a Member
Explore member benefits