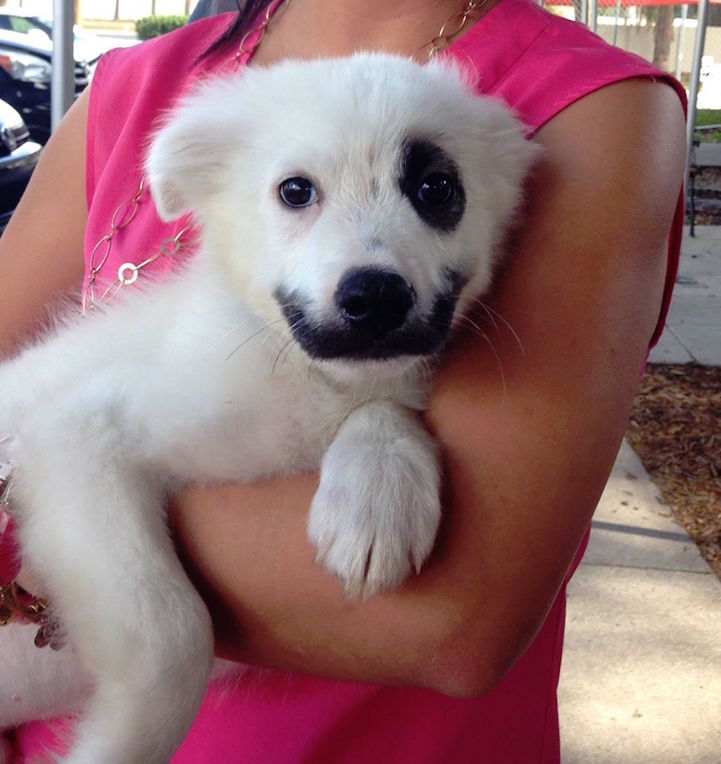 While a snapshot of an adorable animal on the Internet isn't anything new, there's something very special about this particular pup–he resembles one of the greatest comic book villains we all love to hate. This past week, Redditor Nat_El spotted a 2-month-old Great Pyrenees/Shepherd mix on the Humane Society of Tampa Bay Facebook page with the caption, “Why so serious, Facebook? It's time to turn that frown upside down and start the new year off with a permanent grin, puppy style!” After taking a quick glance at the accompanying photo, it quickly became apparent that the cute canine looks just like The Joker from Batman and, right away, the photo had to be shared on Reddit. Naturally, Redditors agreed, turning the pup into an overnight Internet celebrity.

With a black, frown-like marking on his snout, Joker (the dog's actual name) won over many people's hearts and one Redditor even scrambled to adopt him–but it was too late. Before long, the pup's villainously adorable appearance helped secure him a loving home. 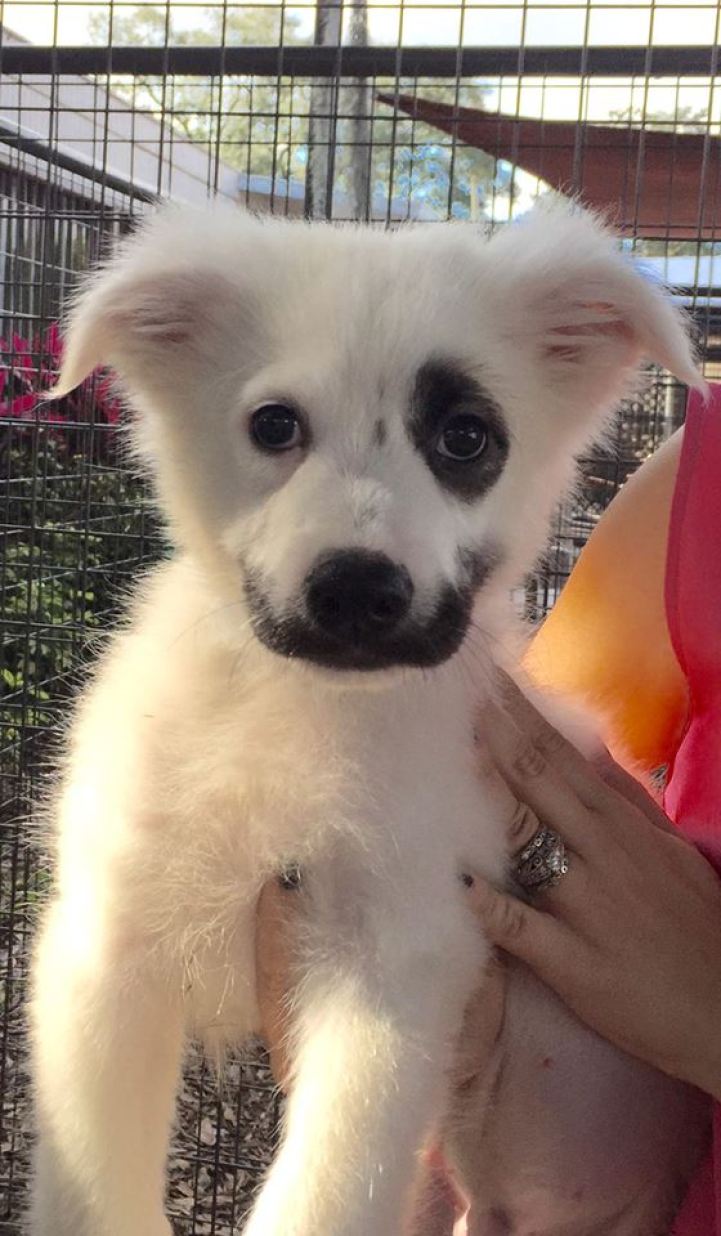 All images via the Humane Society of Tampa Bay.