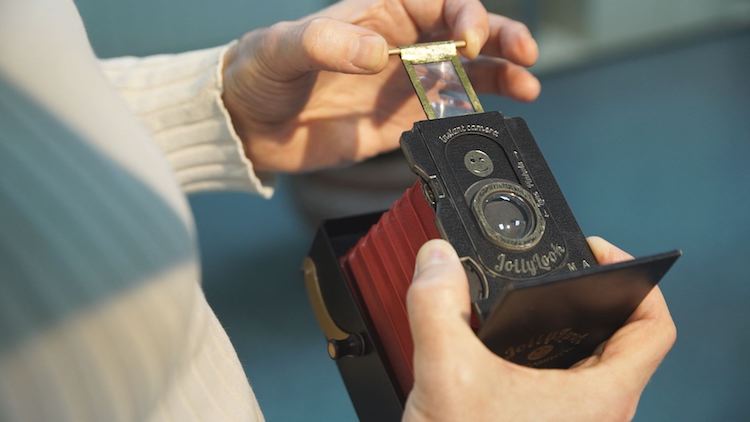 Many people love the way vintage cameras look, but they crave the convenience of instant film. For those who appreciate the mashup of old and new, the Jollylook camera is an exciting prospect. Using a retro, steampunk-inspired aesthetic, the fold-out camera mimics designs that first gained popularity in the late 19th century. But just because it borrows from that era doesn’t mean it’s stuck a hundred years behind. Jollylook has an ingenious, eco-friendly twist; it’s the first camera of its kind to be made entirely from cardboard.

The Jollylook works just like an analog plastic and metal camera, but its components are made from thick paper and laminated cardboard. Together, the body, shutter, and aperture are easily recyclable. According to the Ukranian startup, “Jollylook is as dangerous to the environment as a banana peel.”

Using the camera is the same as any other fold-out device. First, set the lens position to landscape, group, macro, or portrait. Then, choose the aperture and pull out the viewfinder. Look through the viewfinder to frame the composition and press the shutter-release button. Afterwards, the film is developed by turning its handle. “The rollers break the capsule with the processing liquid,” Jollylook explains, “and initiate the developing process.” In just a few minutes, a picture is ready.

Jollylook uses readily available Instax mini film in their device, which will produce 10 colorful prints. For those who want their own cardboard camera, Jollylook is currently taking pre-orders through Kickstarter. 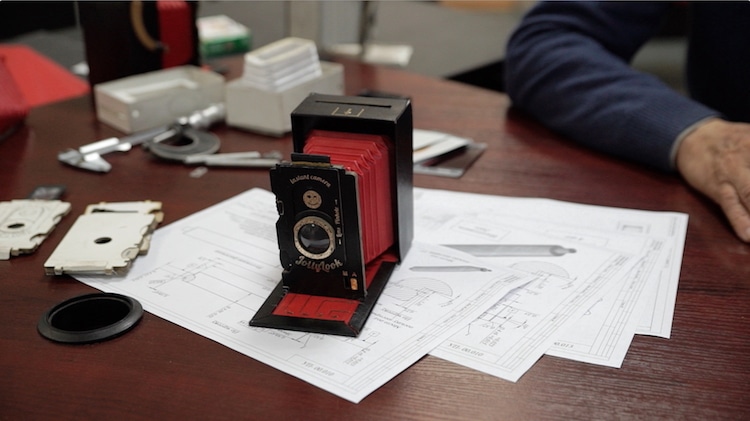 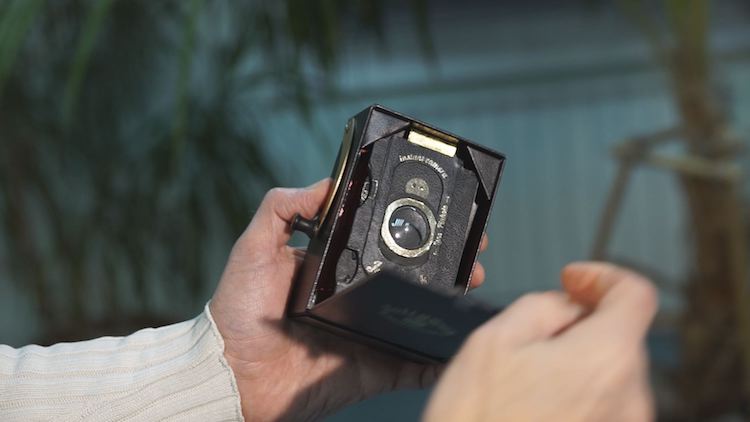 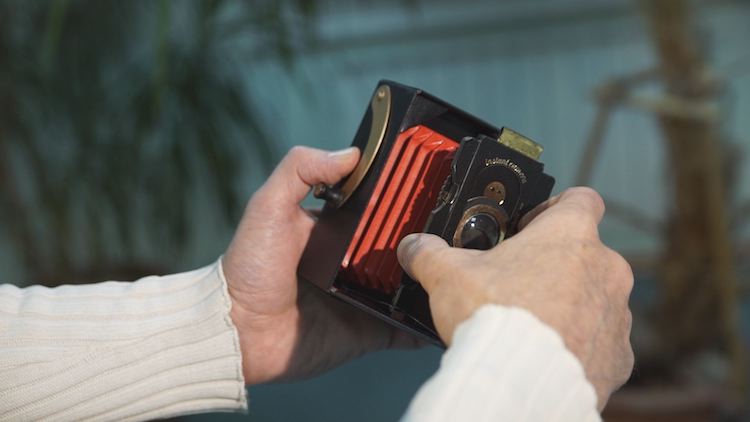 The viewfinder pulls up from the body of the camera…

… and snaps back in once the shutter is pressed.

When it's time to develop the film, turn the handle and watch the magic happen: 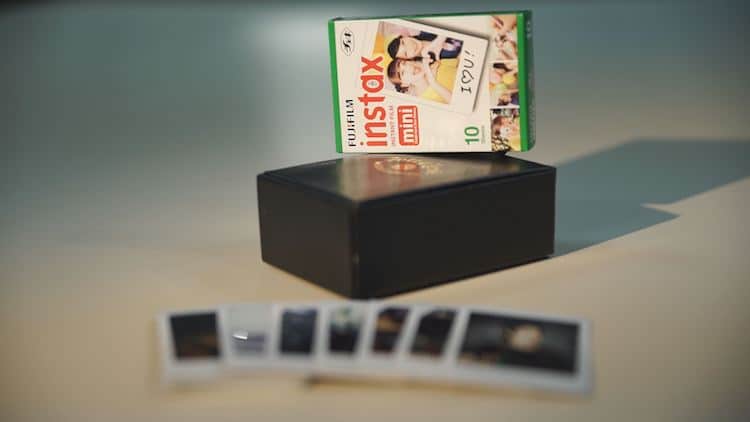 Here's how the pictures look: 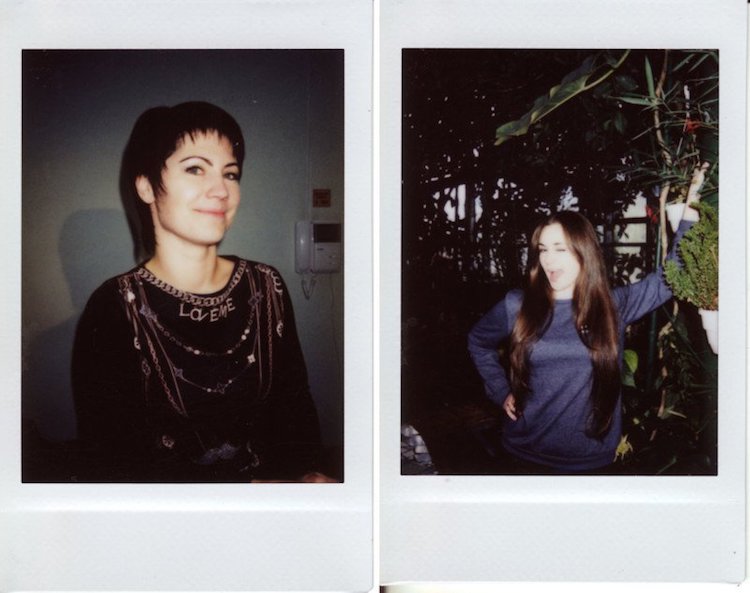 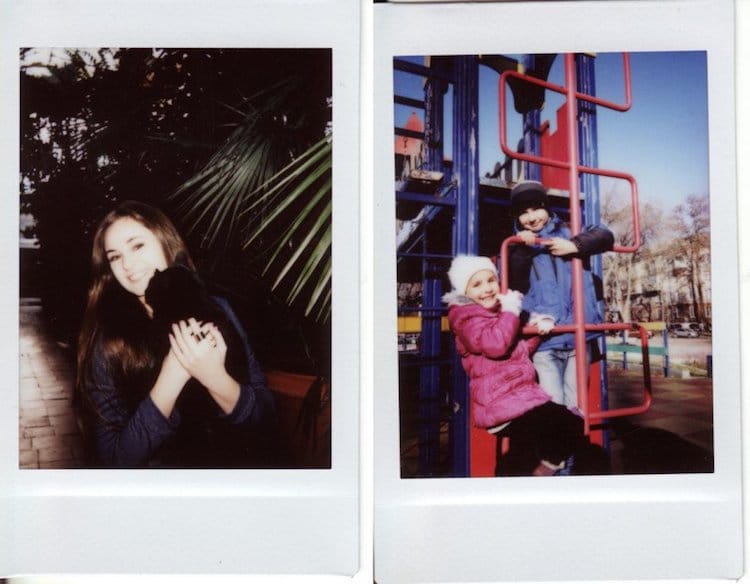 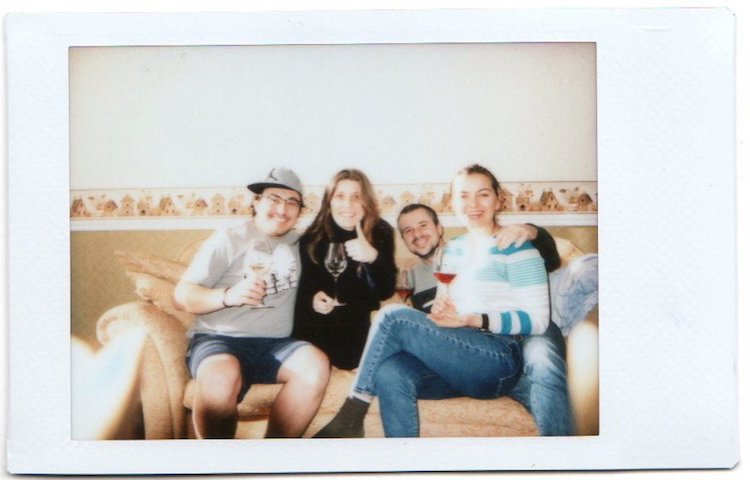 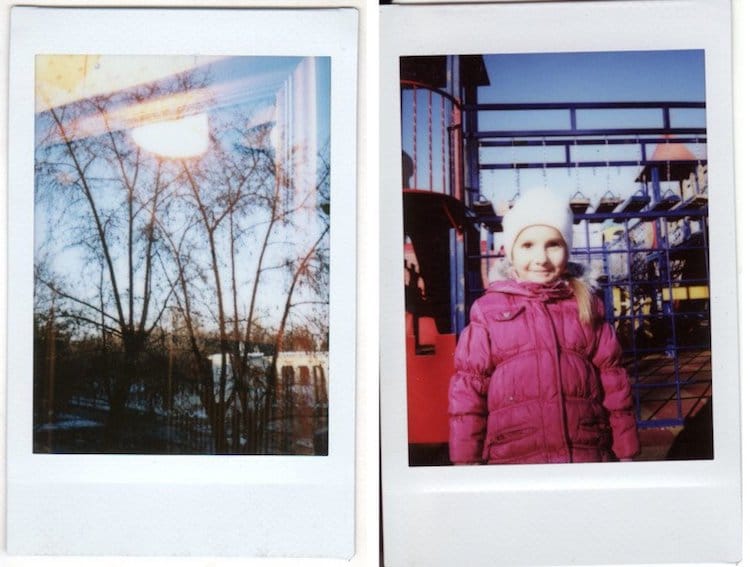 All images via Jollylook.