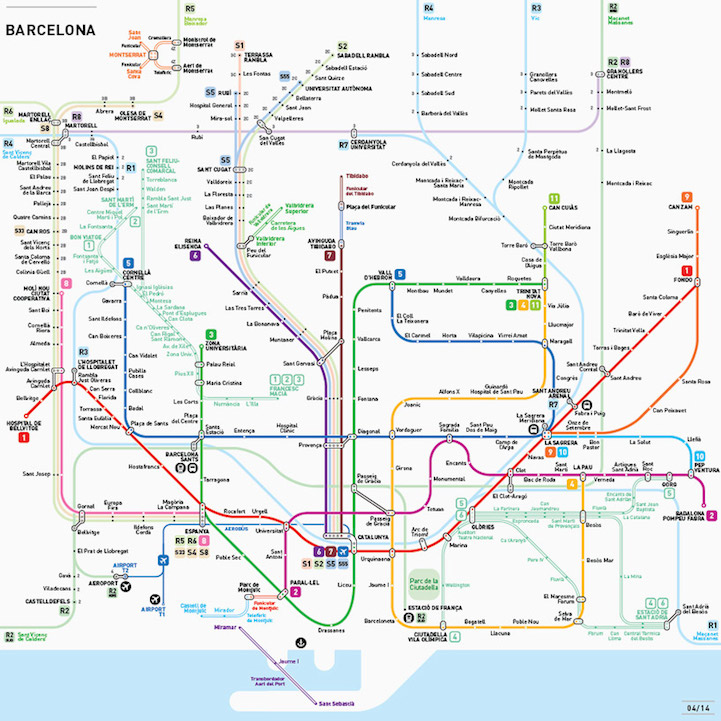 Metro transit maps vary from city to city, each with the important task of successfully navigating us from point A to B. There's little consistency between maps, and this makes some easier to understand than others. Serbia-born, Paris-based architect Jug Cerovic moonlights as a map designer and worked to create a guideline called INAT that unifies transit paths around the world. He redesigned 12 international metro maps using this standard.

Cerovic has enlarged each city's center to accommodate for the multiple lines and connecting stations that run through it. Every map now uses the same colors and symbols for transfer points. The labeling is clearer, too. Cerovic used fonts that appear in both local and Latin characters and are legible when printed as pocket sized.

In addition to these standards, the designer uses shapes to give travelers a general idea of how the city is laid out. Places like Moscow and Paris appear as circles, while rectangles represent Beijing and Shanghai. Regularly-spaced parallel lines are for gridded street patterns like New York and Mexico City. Linear paths are either vertical, horizontal, or at 45 degree angle, which improves the maps' uniformity for a smooth, familiar look. This redesigned consistency means travelling to a foreign place is slightly less daunting. 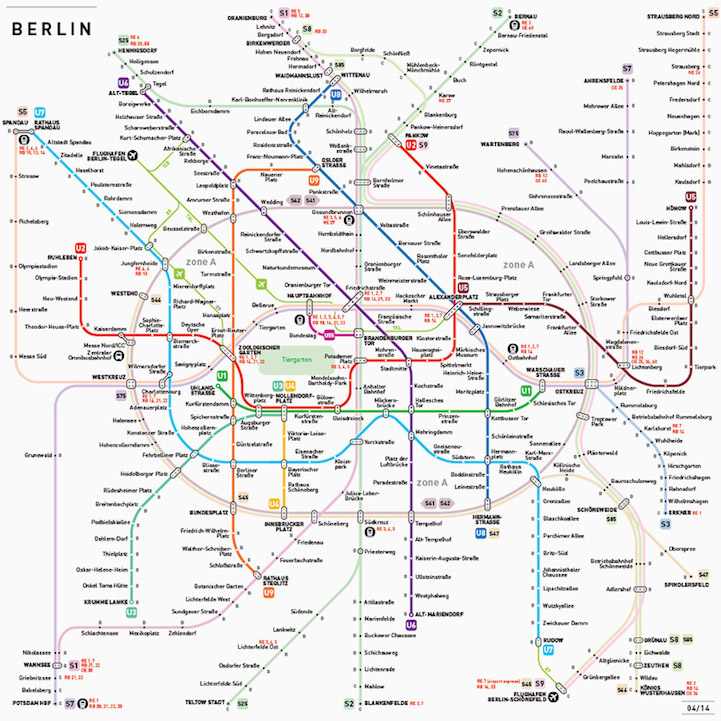 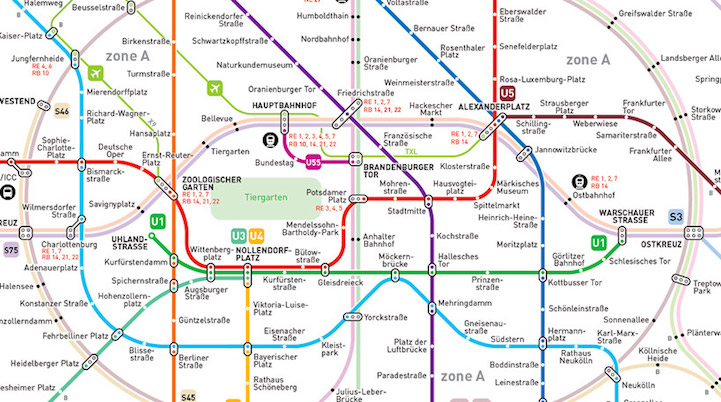 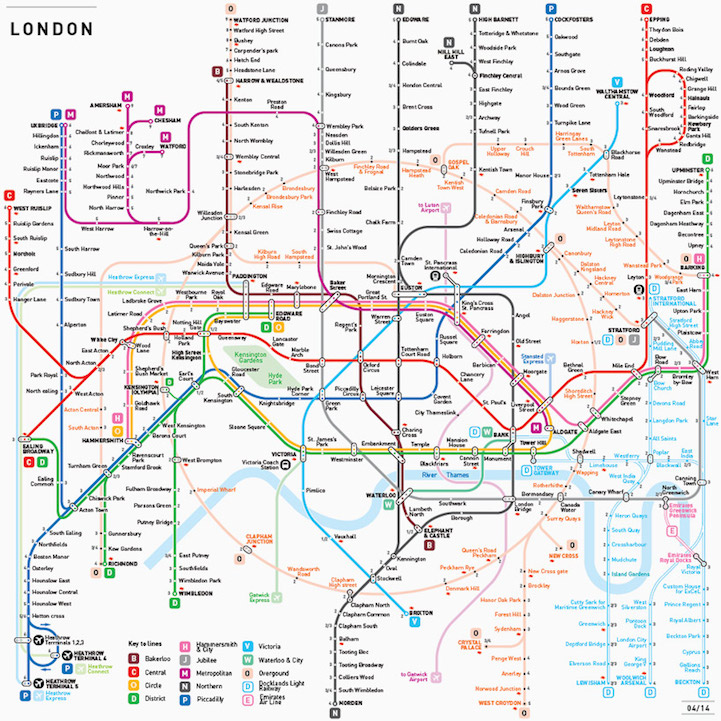 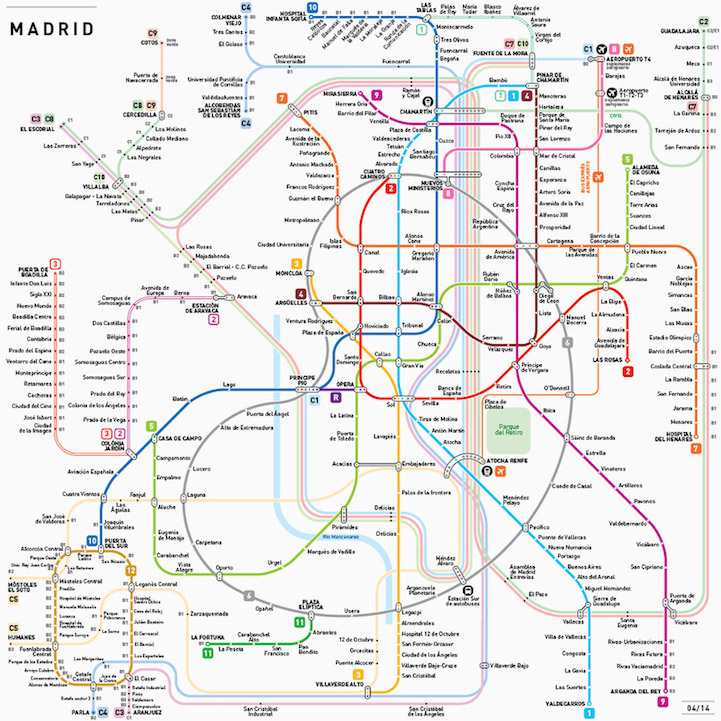 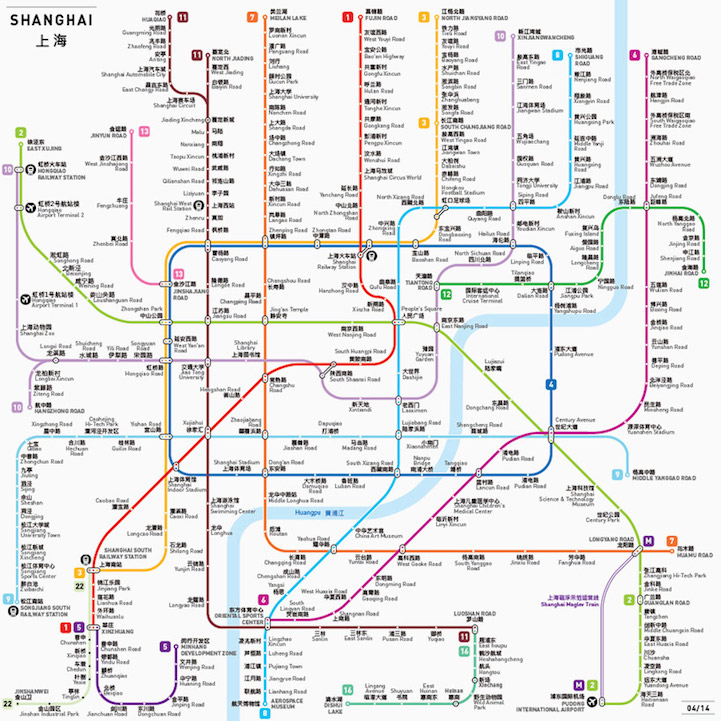 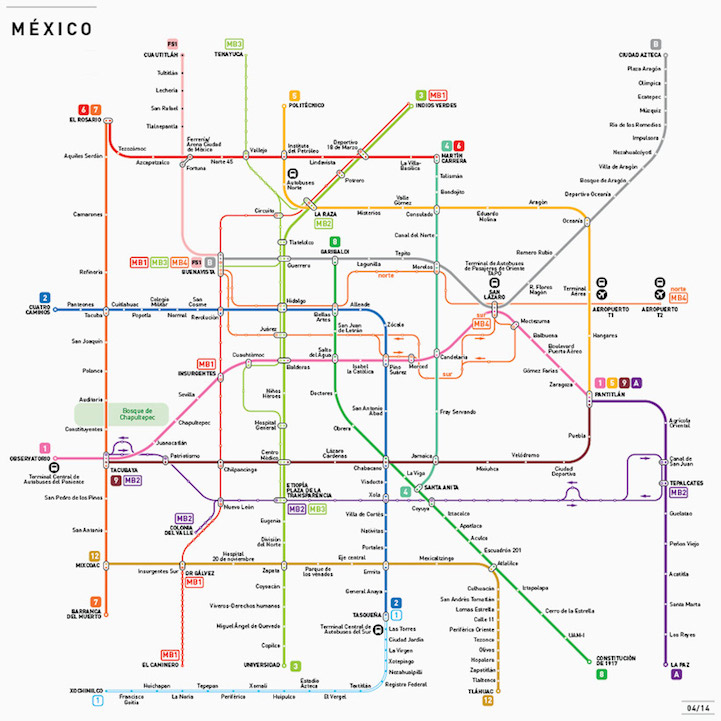 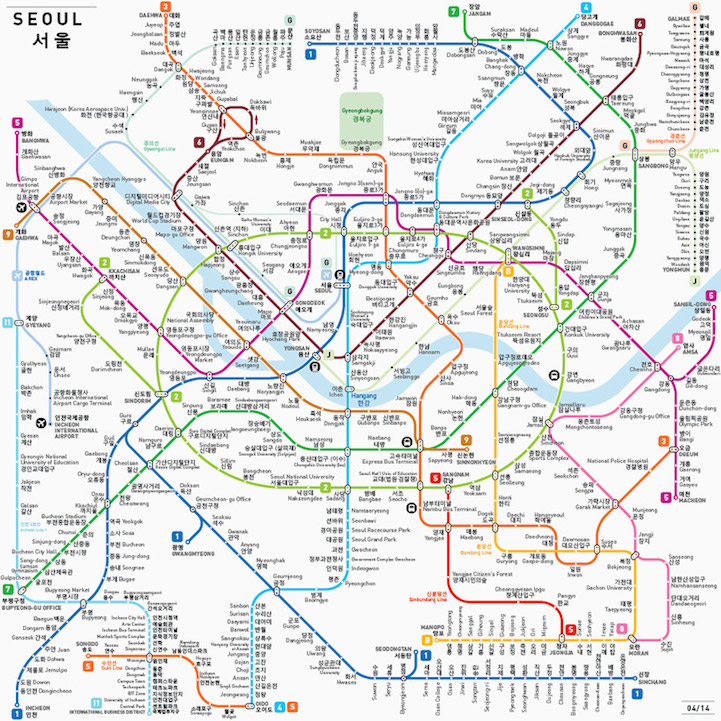 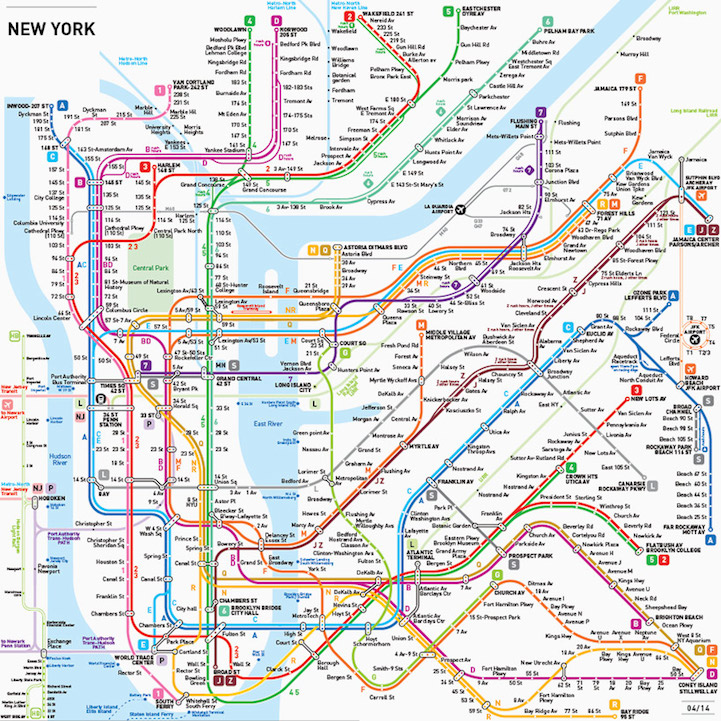 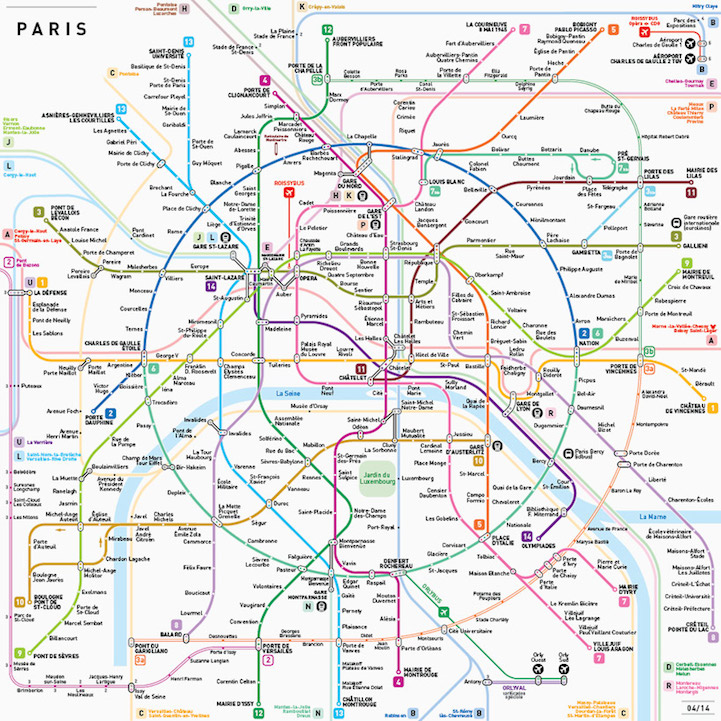 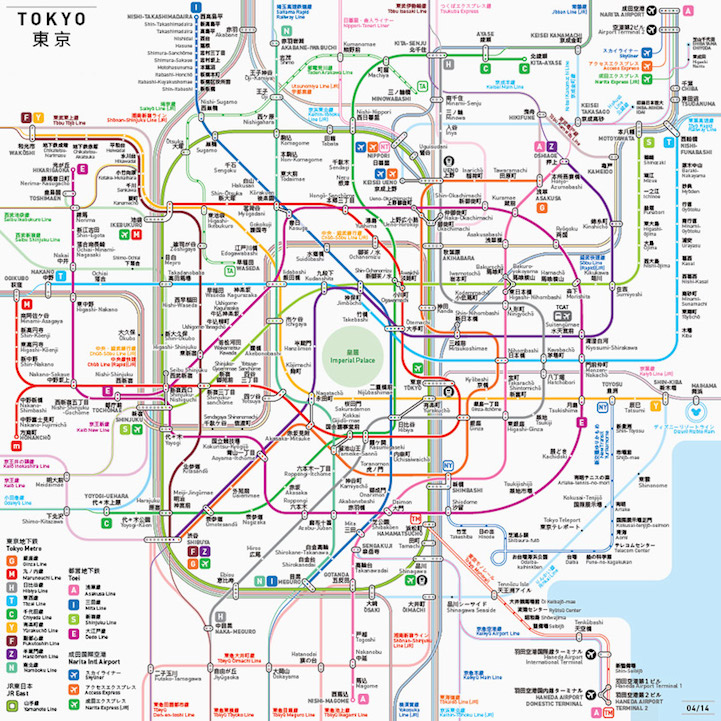 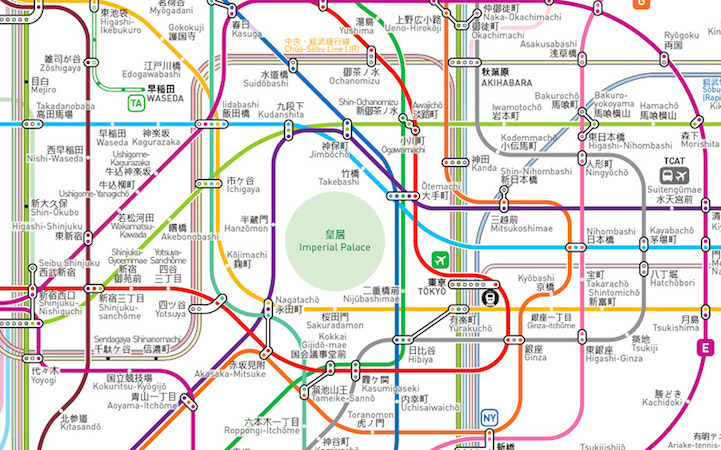