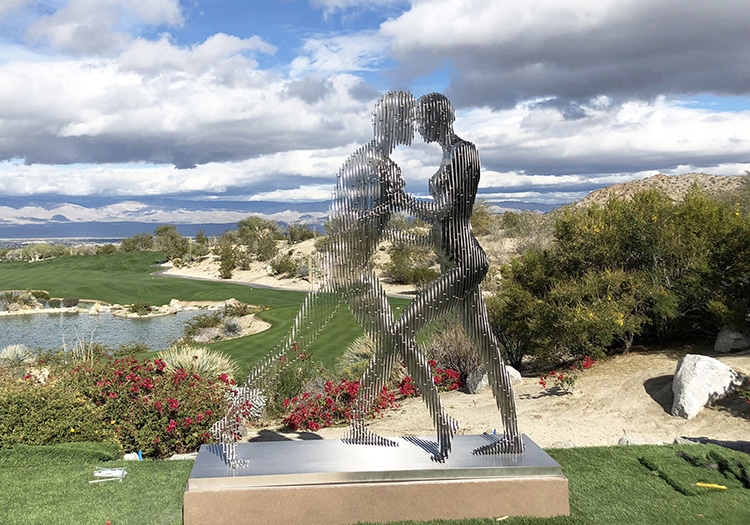 Sculptor Julian Voss-Andreae wants viewers of his work to question the paradigms which have long been taken for granted. Specifically, the renowned artist wants to upend the conventions of Newtonian physics, which see the world as a collection of discrete objects acted upon by forces. With a graduate degree in quantum physics, Voss-Andreae uses sculpture to prove the fundamental integration of the universe. From certain angles, his figural sculptures disappear into the environment around them—proving humans cannot separate ourselves from nature.

Quantum mechanics postulates theories of matter—atoms and forces work together to construct the entire universe. Voss-Andreae's sculptures bring these theories to the minds of those who view his work. His larger-than-life human “quantum” figures are crafted from parallel sheets cut to reveal faces, arms, and legs. The disappearing sculptures appear solid from the side; however, they fracture into waves as one moves around the work. As slits of light emerge from between the thin sheets of metal, eventually the statue is no longer visible—it appears to completely disintegrate into thin air. Moving around each work is evidence of a “paradigm shift” as the form melts away into its surroundings.

Voss-Andreae's disappearing statues are only one element of his work's engagement with science. He casts bronze sculptures of RNA and DNA and Carbon-60 molecules (known as Buckyballs), as well as stainless-steel antibodies. In a statement, the artist elaborated on what it means to combine art with science, particularly quantum physics. “Contrary to our strongly held prejudices about the workings of the universe, there simply is no ‘reality’ out there that is independent of us,” writes Voss-Andreae. “Similarly, the divide we perceive between us and the rest of our world turns out to be an illusion: Ultimately, we cannot separate ourselves from each other and the rest of the universe, both in a physical sense as well as when it comes to our actions.”

As his disappearing statues retreat into the world around them, so must human consciousness. An integration—emotional and environmental— is necessary to face modern problems such as climate change. Voss-Andreae states, “The lessons of quantum physics offer us a glimpse of a different way of dealing with each other and dealing with our world and I feel it is critical that those embryonic ideas get out into the cultural mainstream.”

Scroll down to see Voss-Andreae's paradigm-shifting disappearing statues and check out more of his work on his website.

Sculptor and physicist Julian Voss-Andreae crafts disappearing sculptures of metal which—as you move around them—melt into the environment. 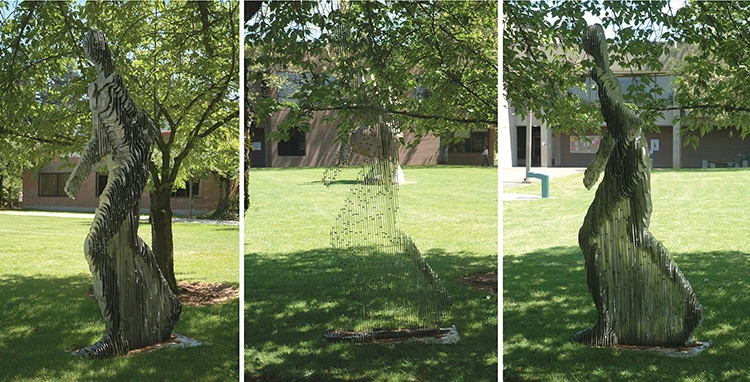 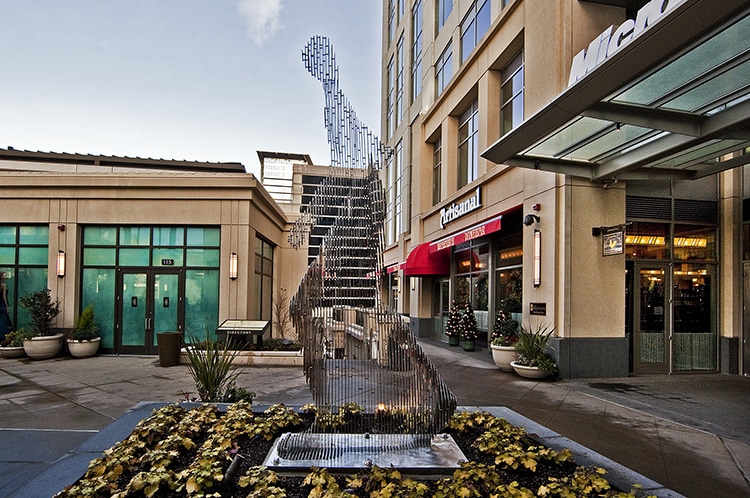 Voss-Andreae explores the paradigms which are classically accepted, and why those paradigms must shift to deal with the problems (and possibilities) of the future. 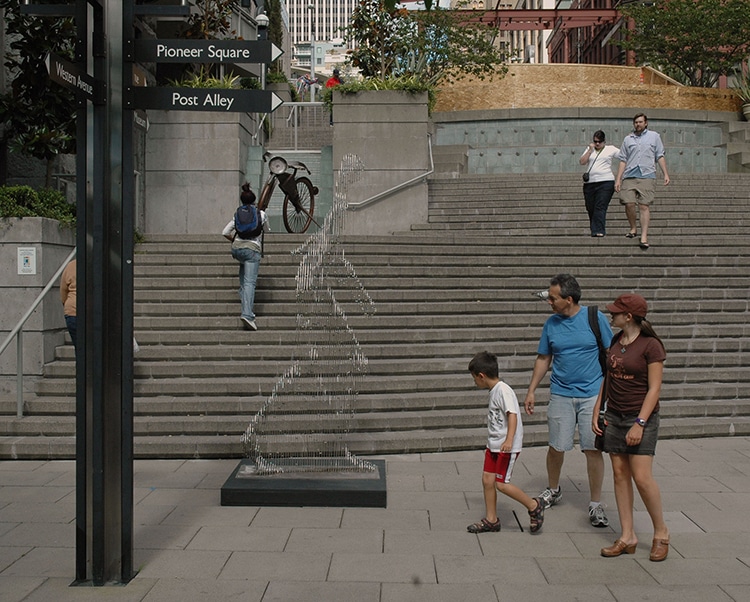 The artist's other work also draws from scientific concepts, including DNA, RNA, and antibodies. 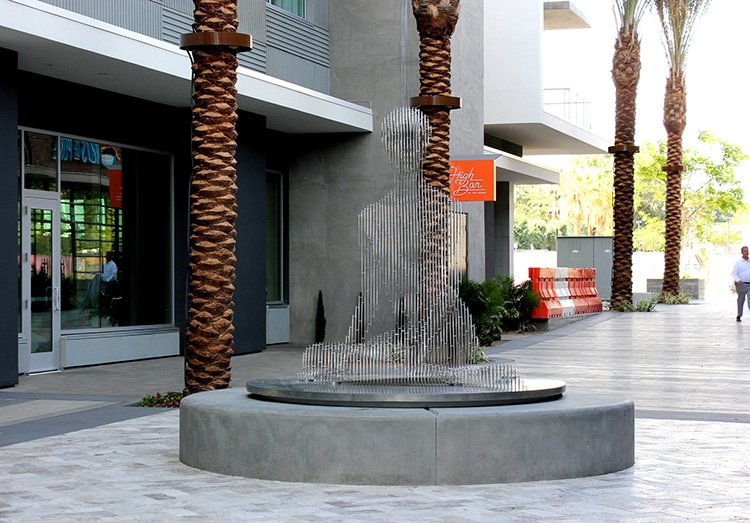 Voss-Andreae believes quantum physics provides a worldview that is both truthful and needed–all atoms are fully integrated and inseparable. This must be recognized if we are to understand the universe. 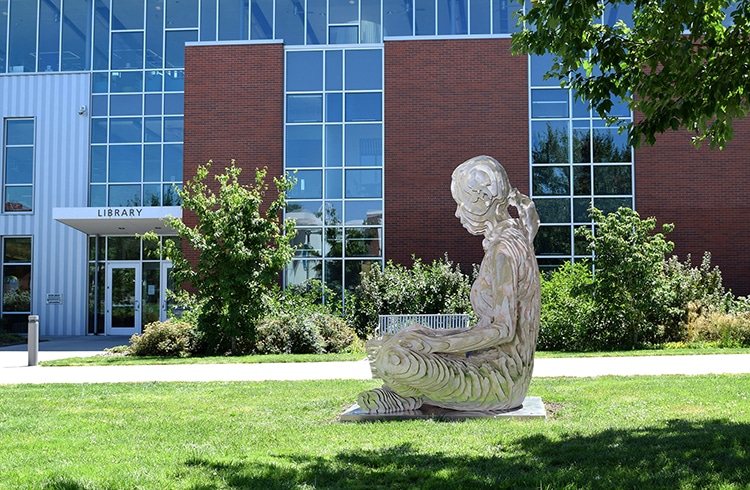 Voss-Andreae's “quantum” disappearing statues are all a reminder of the interconnectedness of the universe. 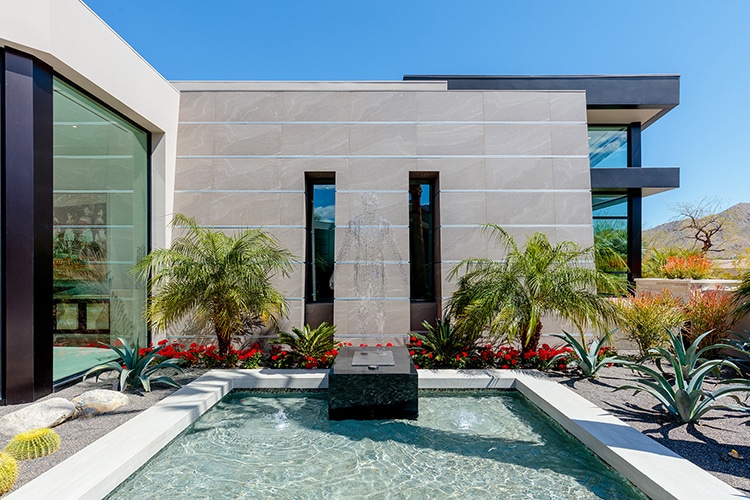 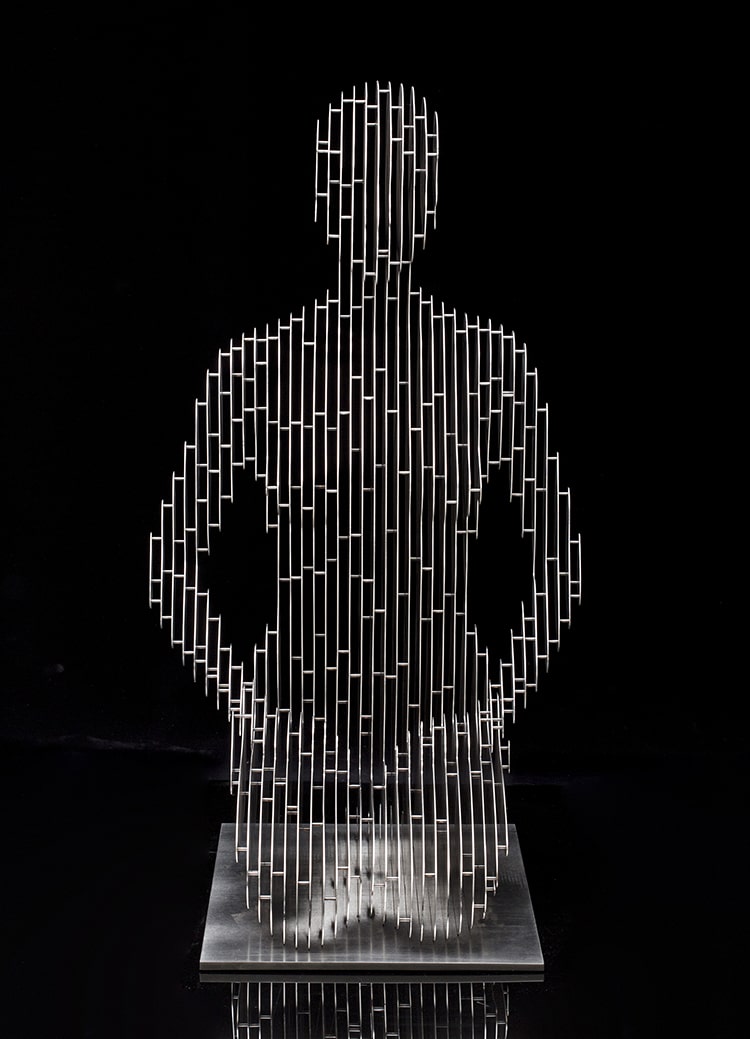 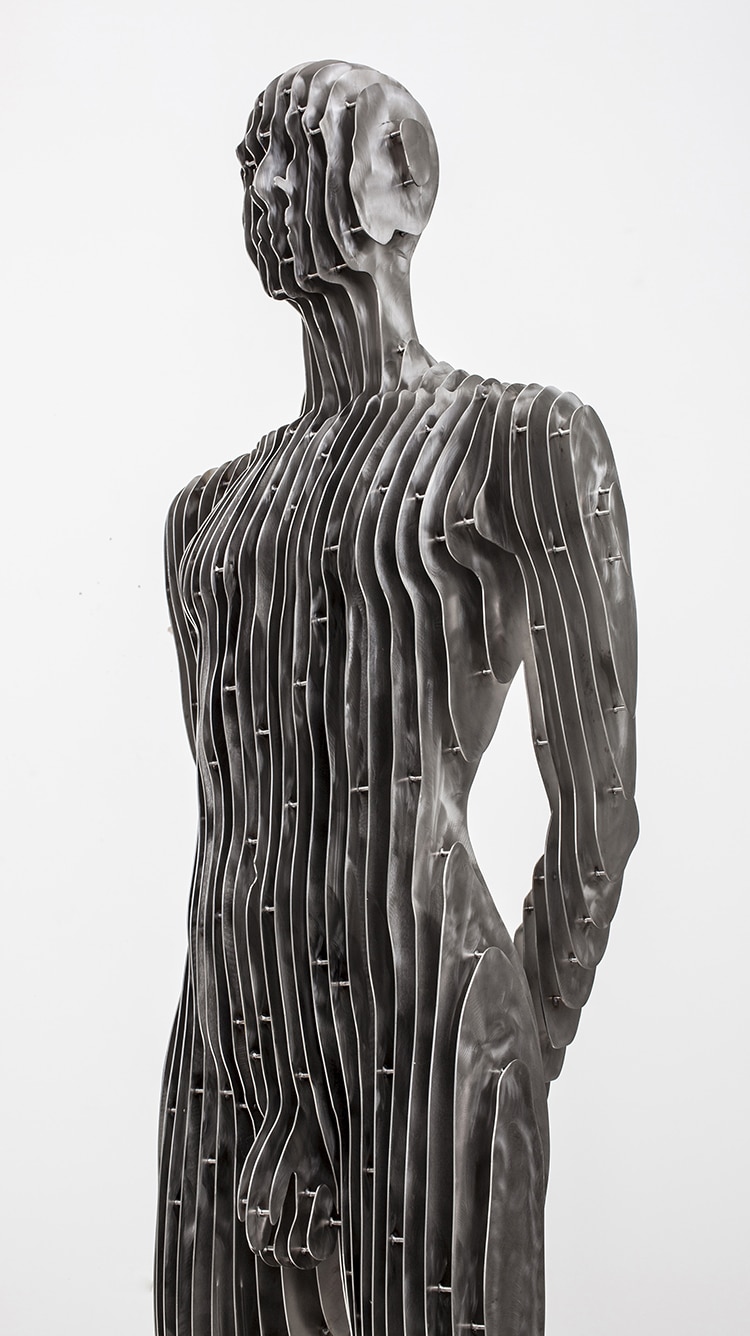 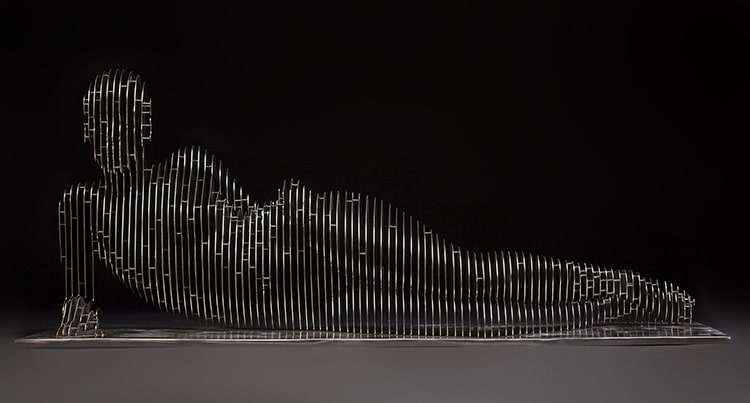 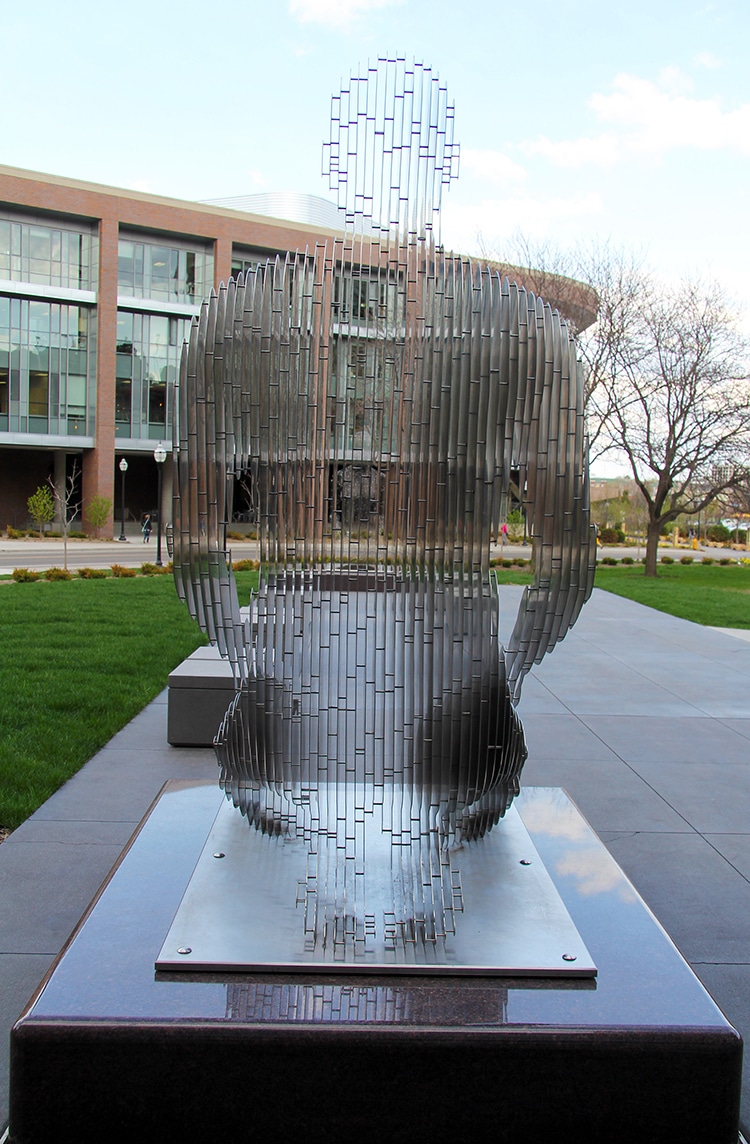 Watch the view as you walk around the disappearing statue. 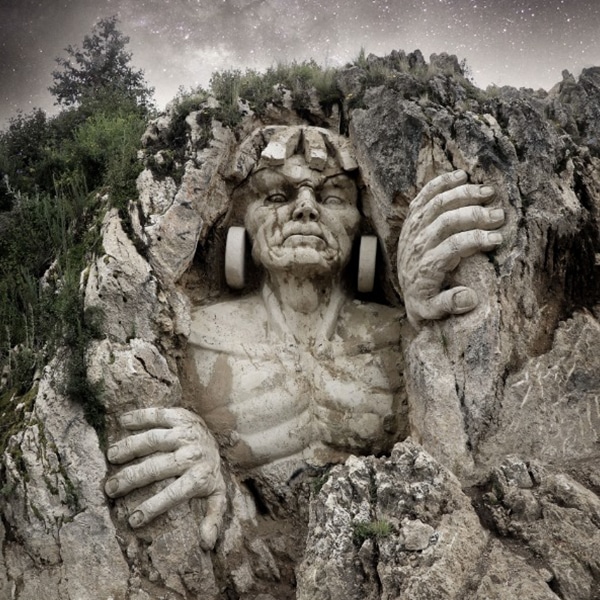 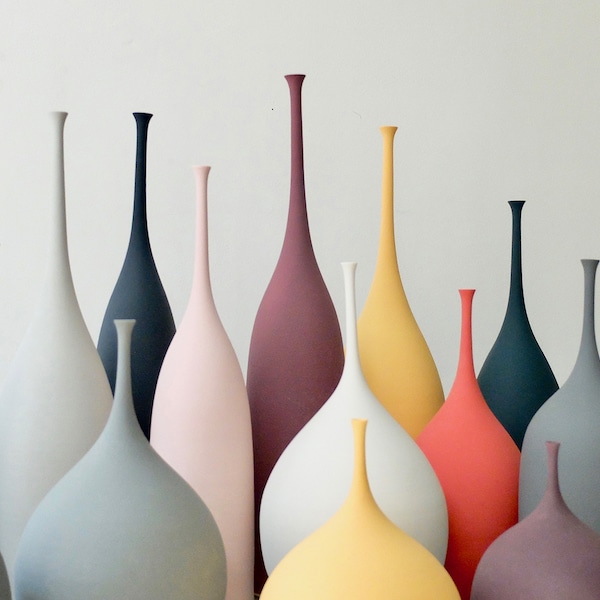 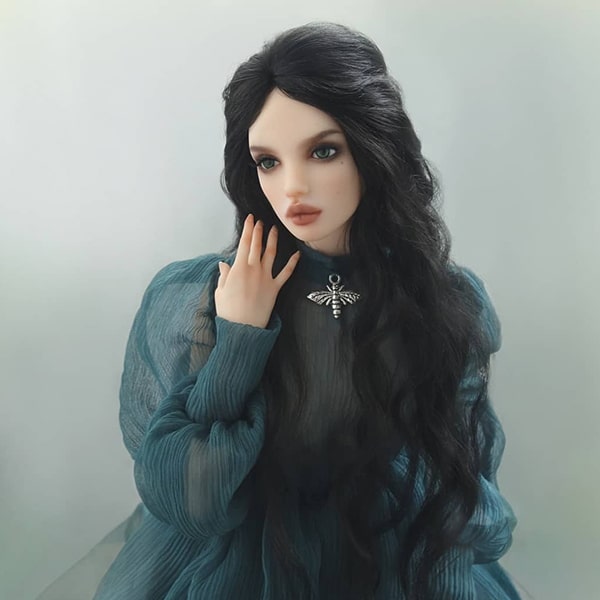