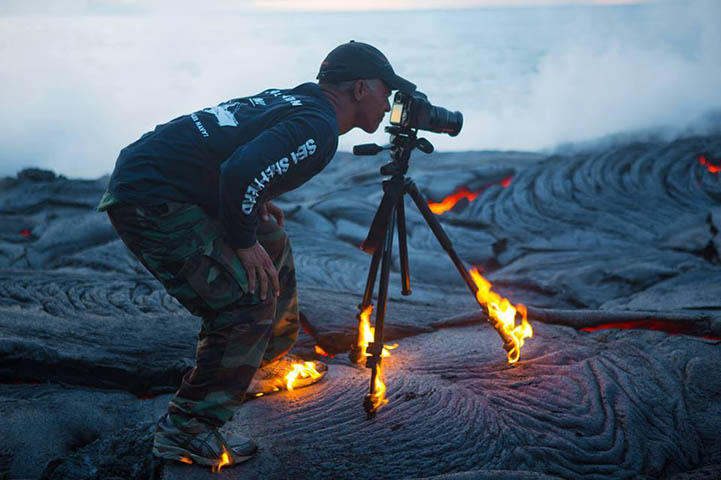 There are all kinds of daredevil photographers in the world, from those who like incredible heights to the fearless pursuers of extreme sports. And now, add Hawaii-based photographer Kawika Singson to this list of adventurers. Generally a landscape photographer, Singson has never been afraid of a little heat. He has spent years traveling all around Hawaii to document volcanoes and up-close perspectives of hot lava as it flows around in glowing swirls.

For this particular shot, Singson says, “Always trying to be creative, I thought it would be pretty cool (hot!) to take a lava pic with my shoes and tripod on fire while photographing lava.” So he and fellow photographer friend Christopher Hirata ventured to an undisclosed location and risked major burns to capture what some consider an impossible photograph. The real flames burned so quickly that Singson could only stand still for a few seconds, and the gasses in the air were worse than the heat, so he had to hold his breath while his feet were on fire. However, with great determination, these major limitations didn't stop Singson and, with the help of Hirata, they were able to successfully capture this incredibly rare and risky portrait. 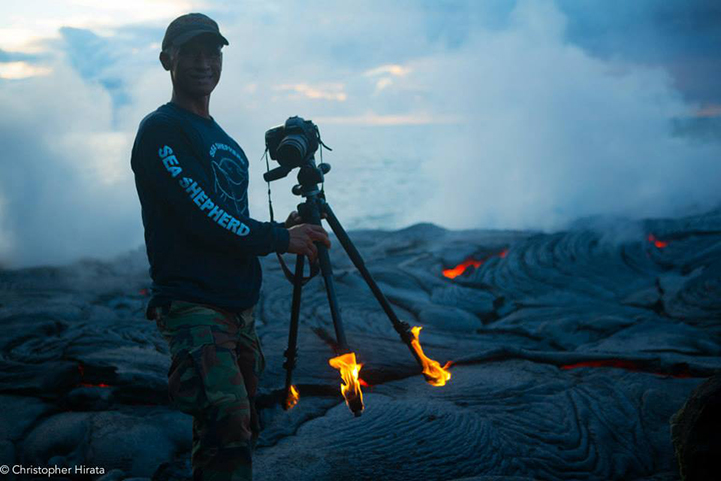 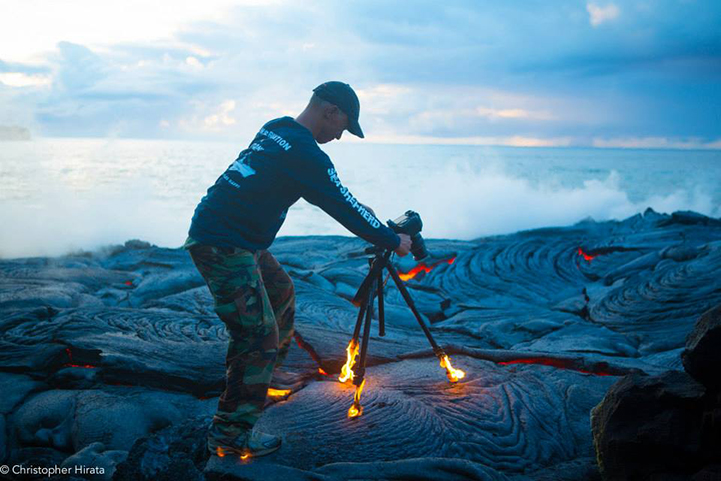 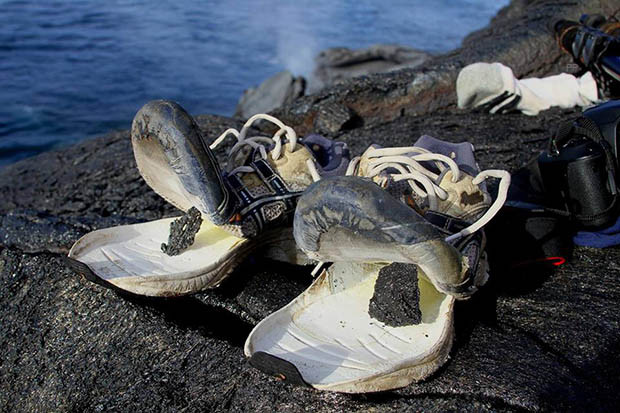