6-Year-Old Amazes World with Airplane Knowledge, Gets to Be Pilot for a Day 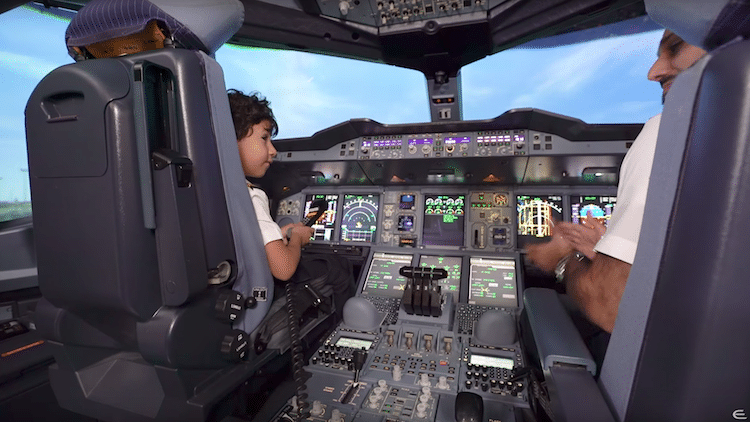 Kids say the darndest things, and sometimes they’re astonishing examples of expert knowledge. Earlier this year, then 5-year-old Adam Mohammad Amer showed off his amazing airplane trivia to an audience of impressed pilots and cabin crew aboard an Etihad Airways flight from Morocco to Abu Dhabi. He knew more than just the controls; he understood what they did and how to use them, something he learned from watching YouTube videos.

Captain Samer Yakhlef filmed Adam demonstrating his passion for airplanes and it later went viral on the web. Etihad Airways caught wind of this kid genius, and they decided that it was time for the now 6-year-old to live his dream. They invited Adam to the Etihad Airways Training Centre where he participated in pilot training for a day—the airline even made him a custom pilot uniform.

In the simulation chamber, Adam got to use the controls just as if he was flying a real Airbus A380. His excitement is palpable, but he still manages to remain calm and composed to land the “aircraft” safely. He even gets to make an announcement to the faux cabin when it’s all over. Watch the delightful video of Adam in action, below.

The airline caught wind of this and let Adam (now six years old) be a pilot for a day in their simulation training center. 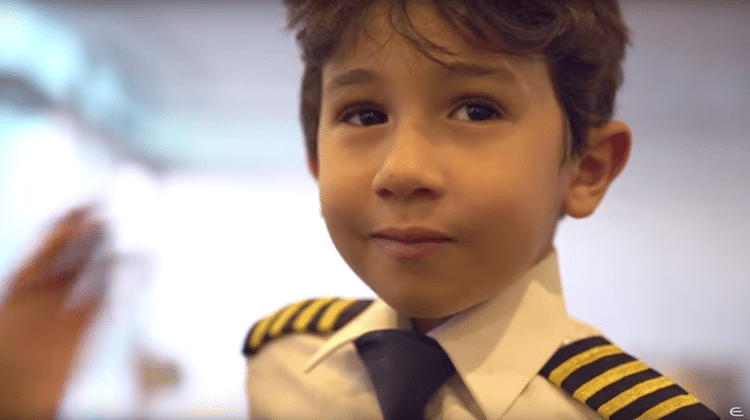 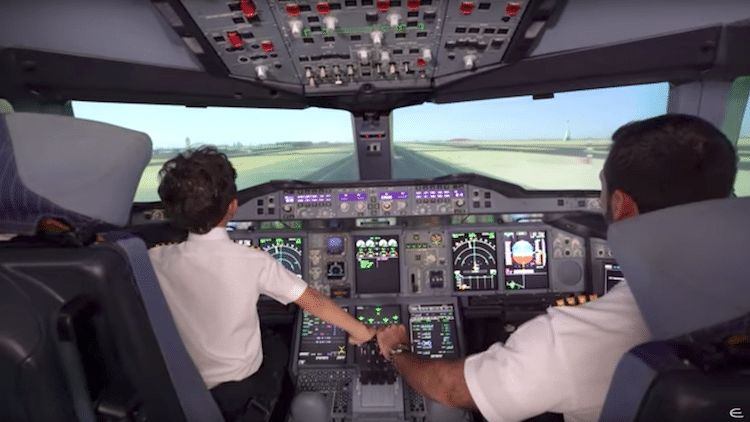 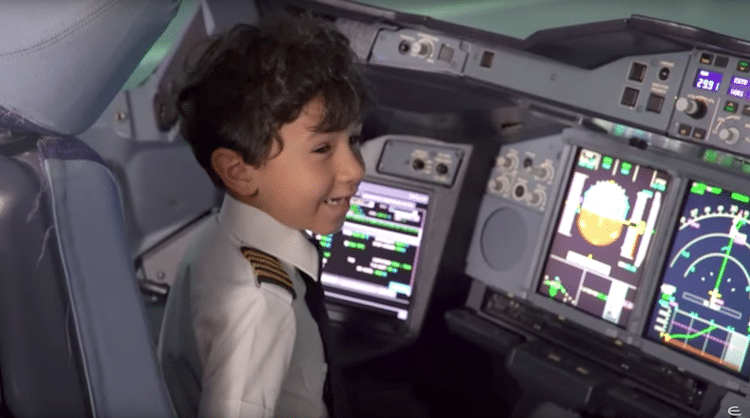 Kids From Around the World Display All Their Toys