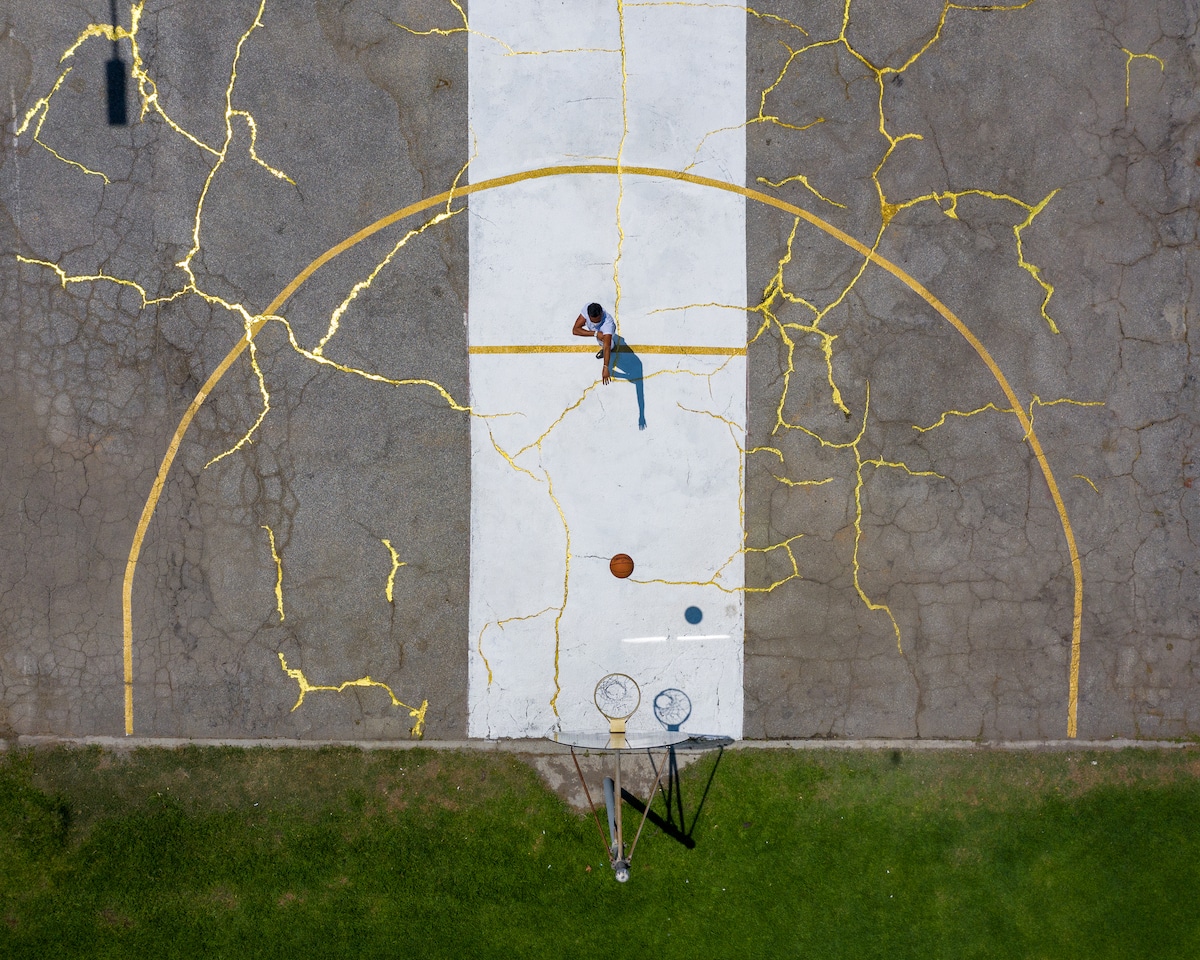 Artist Victor Solomon looks to basketball as a vessel for his creativity. Through his ongoing project titled Literally Balling, he explores the “icons and totems” of the sport and adds opulence to them in unexpected ways. His latest endeavor called Kintsugi Court is the epitome of this idea. Inspired by the Japanese technique of kintsugi, Solomon repaired a crumbling basketball court by placing gold in its cracks.

Kintsugi has a long history in Japanese culture. Dating back to the 15th century, it is commonly used to rejoin broken pottery. But rather than conceal a piece's cracks, the aim is to celebrate the unique history of the object by showcasing its imperfections. And in adding gold, the repaired item is revitalized and more beautiful than its original form.

Kintsugi Court employs the kintsugi approach on a large scale. In keeping with the spirit of the technique, Solomon sees his additions as a mending of the court—both literally and figuratively. “To celebrate the sport of basketball as a universally accessible, class-agnostic, race-indifferent platform, and its ability to bring people together to heal in this important moment,” he explains in a statement, “my team and I renovated a dilapidated court in South Los Angeles, filling its cracks with gold-dusted resin inspired by the historic process.”

The project was sparked by the return of the National Basketball Association (NBA), which was halted on March 11 due to the coronavirus pandemic. The season resumed on July 30, and Kintsugi Court was completed shortly thereafter, with Solomon noting the importance that it has in our lives. “With the sport’s official return this weekend after a heartbreaking beginning to 2020,” he says, “the Kintsugi Court’s medium and message celebrate the solidarity basketball provides to unify against the backdrop of a polarized and divided zeitgeist.”

Artist Victor Solomon was inspired by the Japanese technique kintsugi to repair a dilapidated basketball court. 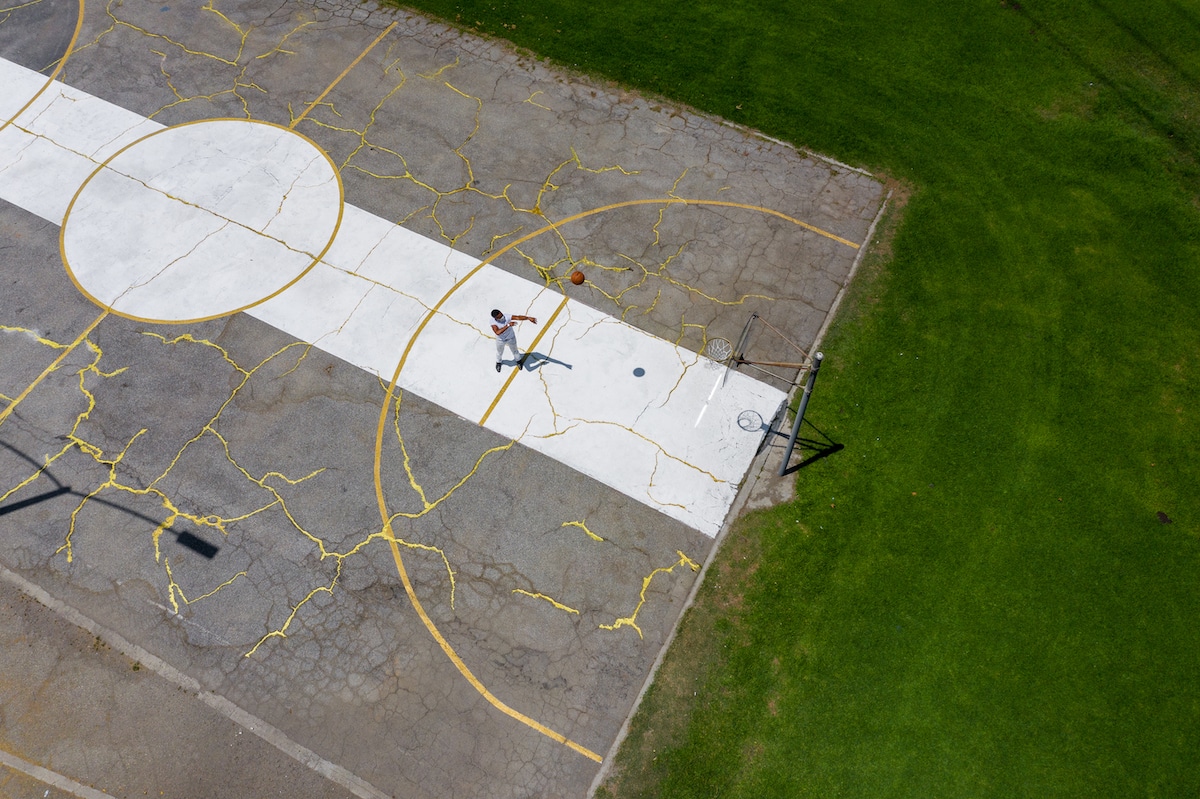 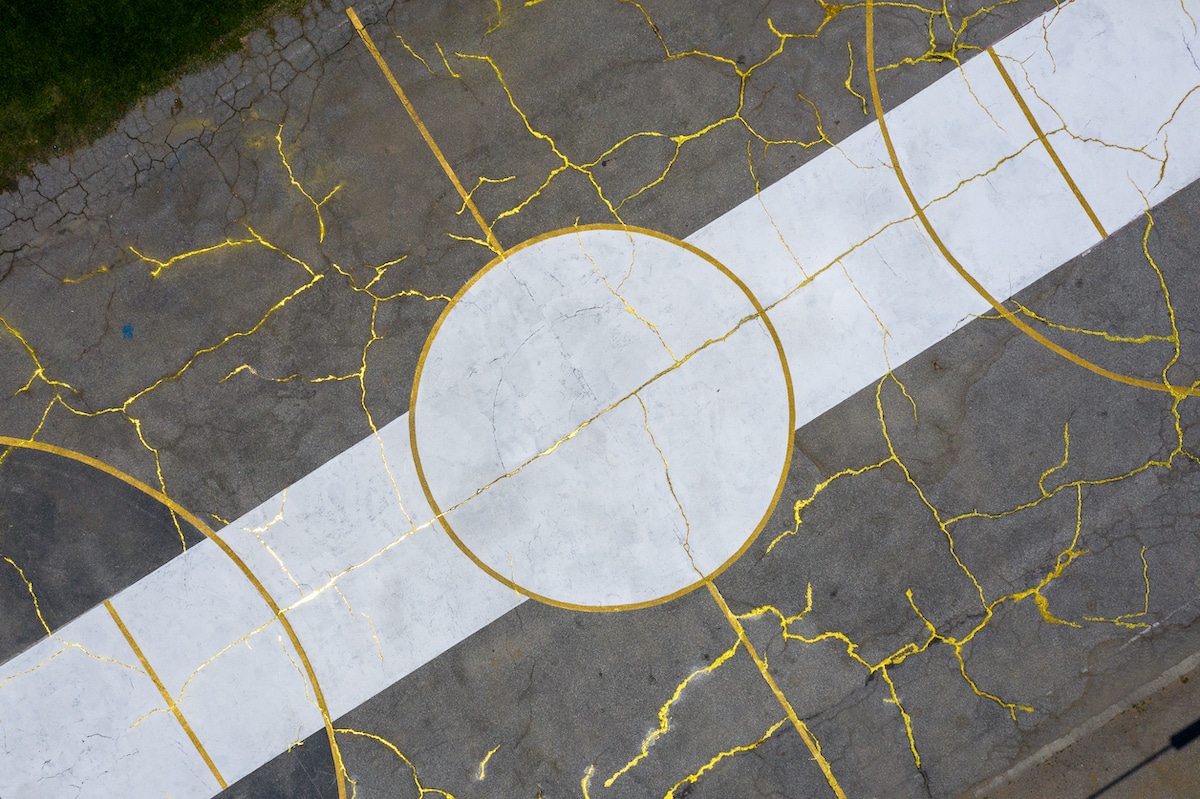 But instead of resurfacing the entire court, he filled in the cracks with gold-dusted resin. 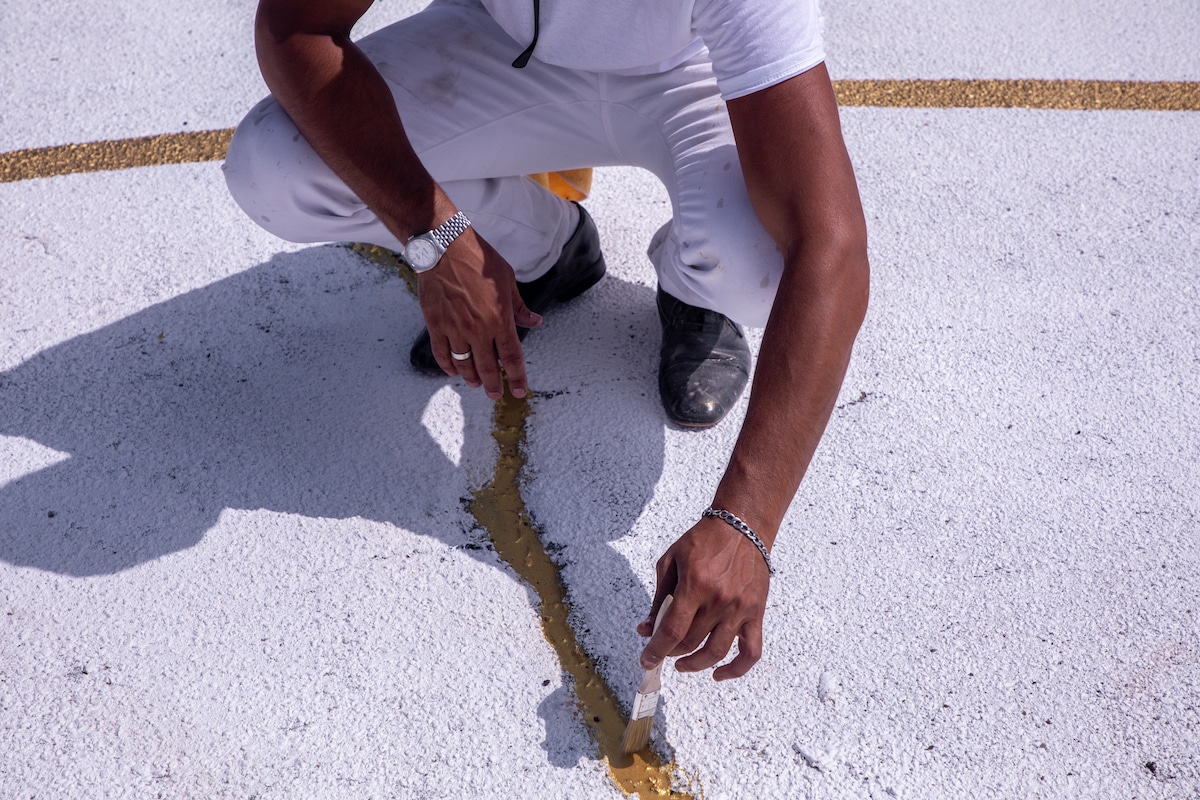 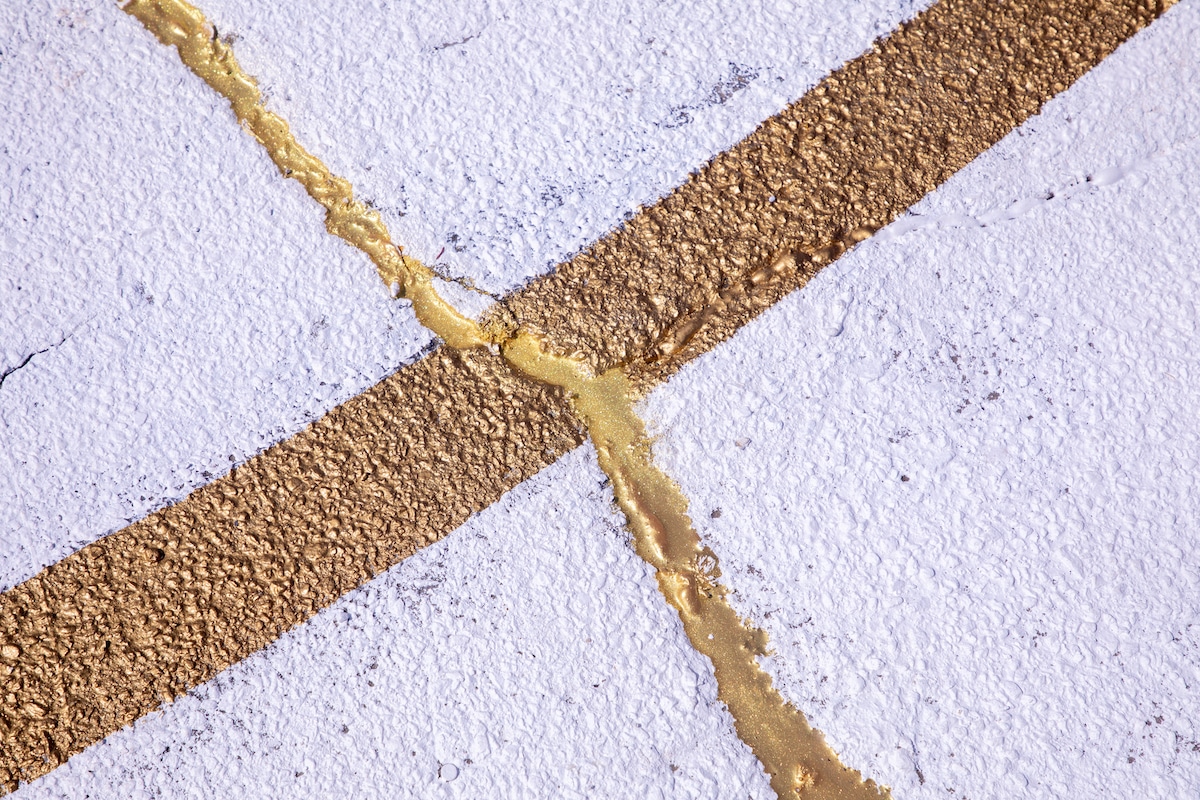 The project is aptly titled Kintsugi Court, and it was created to commerate the return of the NBA season (after being halted due to COVID-19). 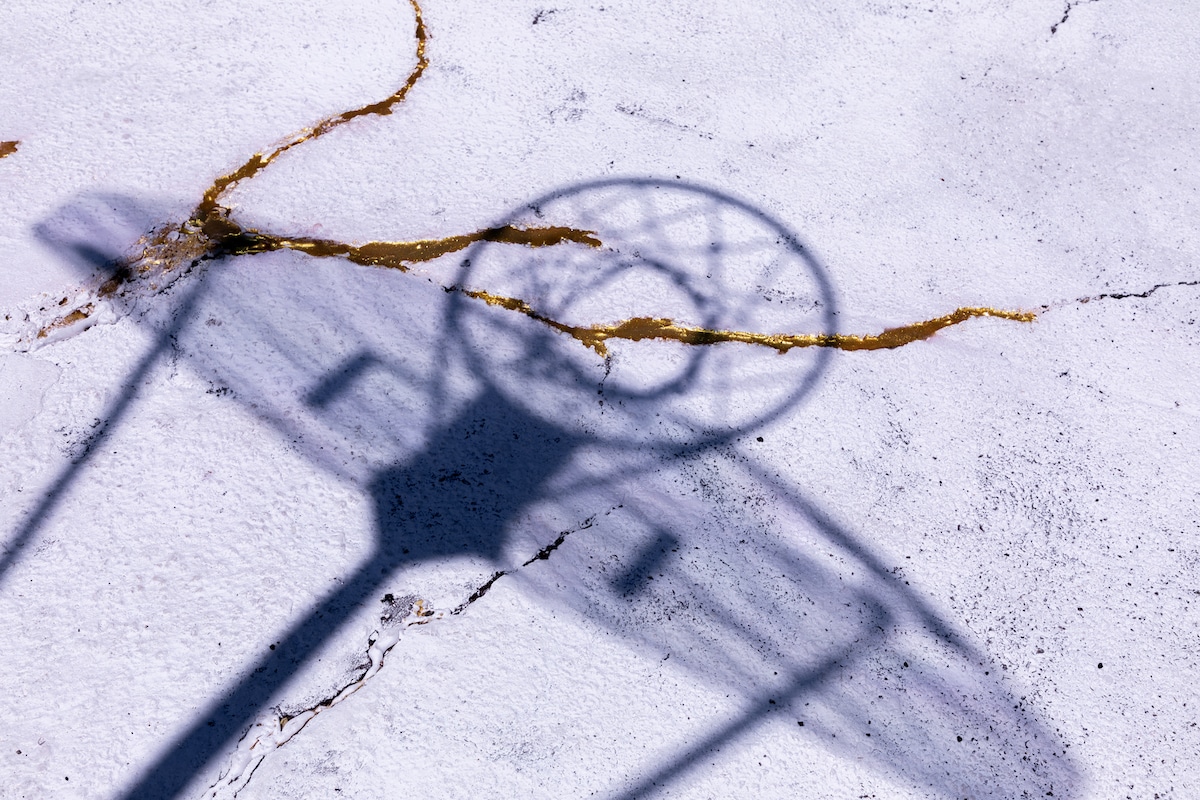 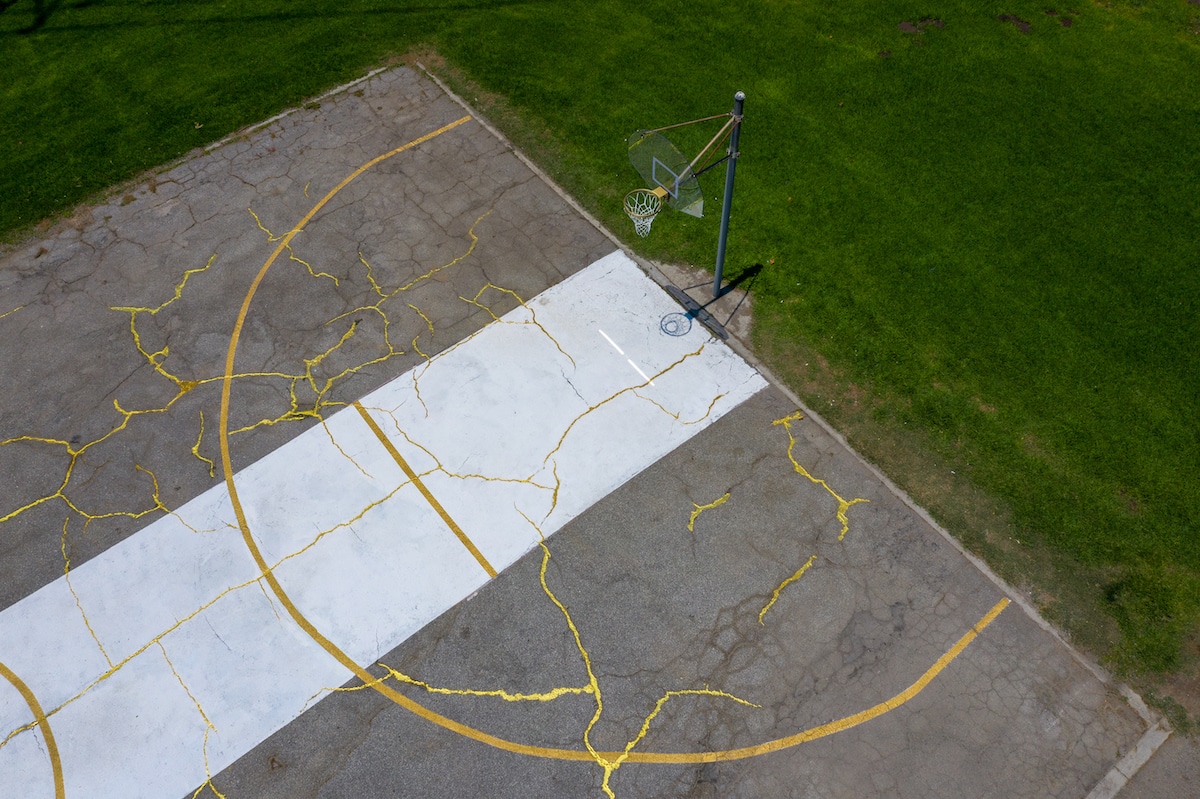 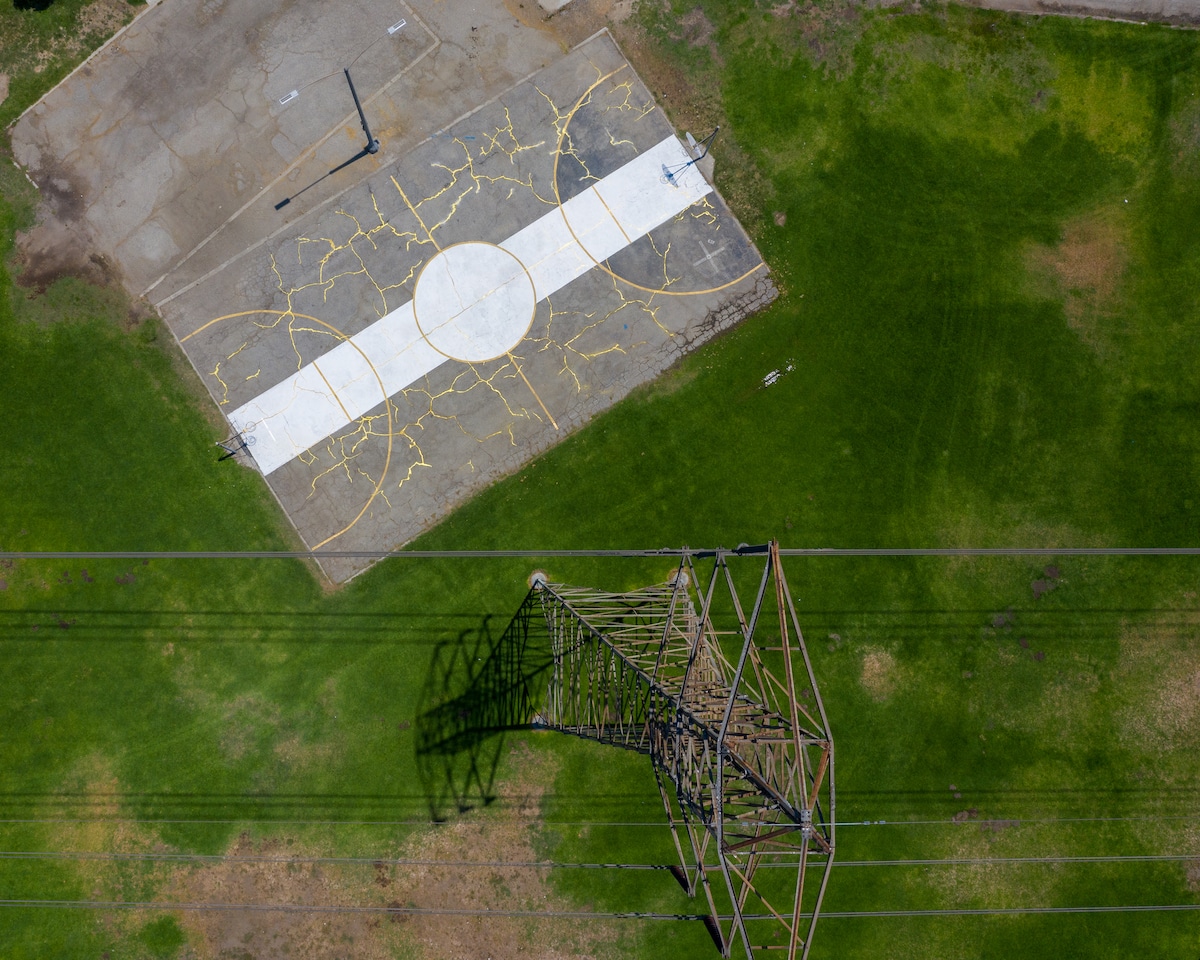 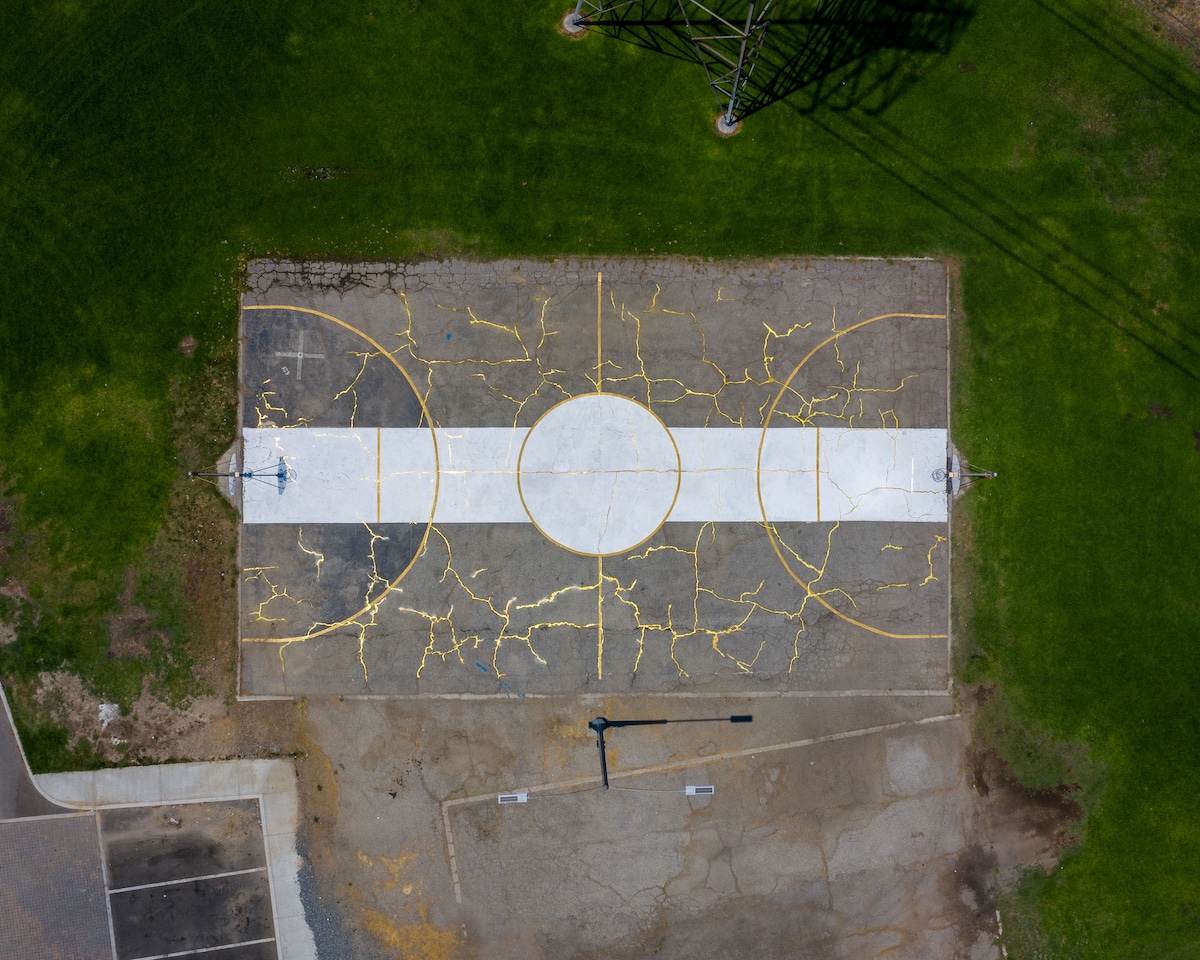 Watch how Kintsugi Court came together in the video below:

Vibrant Basketball Court Pops Up Between Two Buildings in Paris

Basketball Backboards Given an Elegant Upgrade with Stained Glass and Jewels

Like this take on Kintsugi? Share
Like My Modern Met on Facebook
Get Our Weekly Newsletter
Become a
My Modern Met Member
As a member, you'll join us in our effort to support the arts.
Become a Member
Explore member benefits