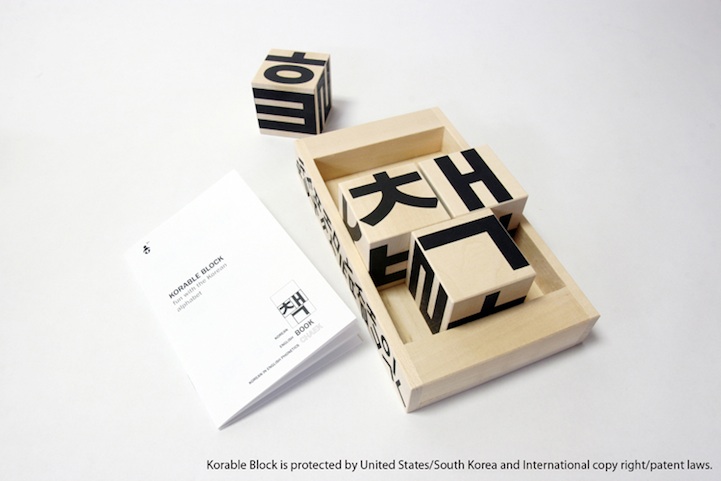 New York-based designer Si-Yeon Min has developed an engaging way for kids (and adults alike) to learn the Korean language. The very first hands-on Korean language game of its kind, Korable Block is made up of four wooden blocks that are hand-printed with the Korean alphabet characters. Combine the blocks to create over 120 single-syllable words including numbers, days of the week, food, body parts and more.

Min, a Korean native, developed Korable Block for his son. With a background in design and architecture, he wanted to find a new and interesting way his son could learn his native language. Interestingly, however, Korable Block has received a great response from non-Korean speakers, as well. As Min tells us, “People perceive it as a creative and imaginative toy that makes learning fun.”

What's been the best compliment he's received so far? Min says it was this: “Among the toys and games designed by architects, a few stand out–Rubik's cube, Sudoku, and the Korable Block.” 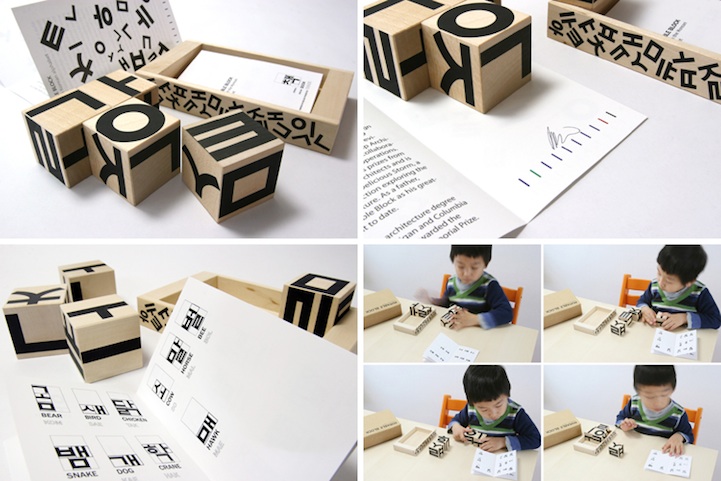 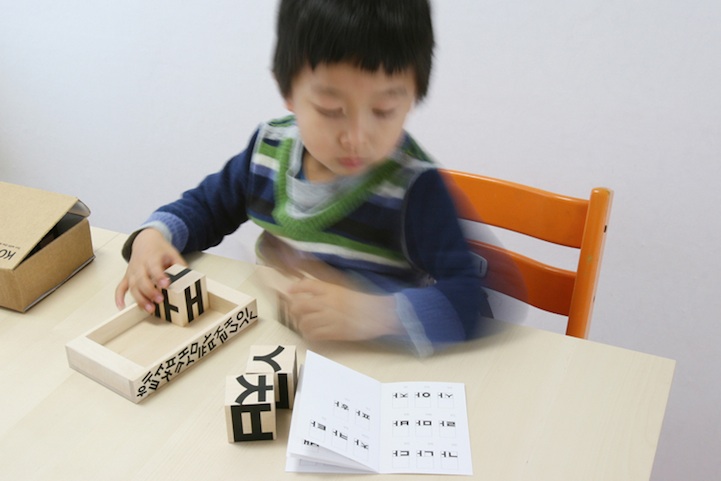