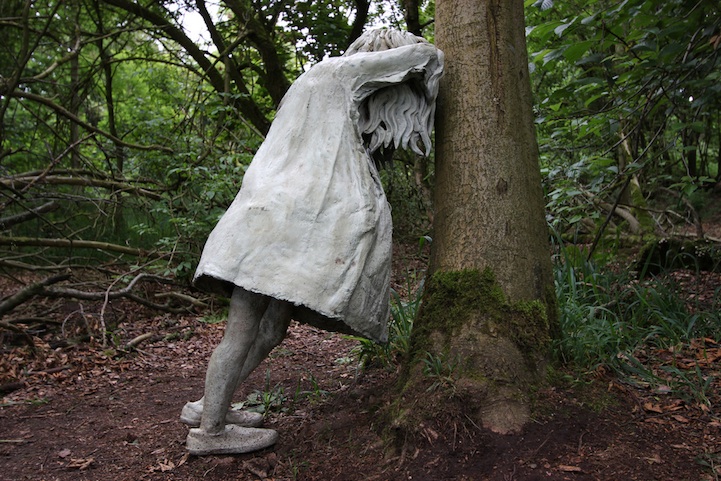 Cardiff, Wales-born artist Laura Ford has created a set of highly dramatic sculptures that are both strikingly sad and very eery. They consist of five girls set in a Scotland sculpture park called Jupiter Artland, that are asking to be discovered. Called Weeping Girls, they were commissioned and sculptured in 2008 specifically for the Jupiter Artland site. With their long hair covering their faces and with some even slumped over on trees, the girls appear to be distressed, overcome with emotion.

As Ford writes on Jupiter Artland's website, “A friend of mine told me a story about a fantastic tantrum his daughter had had where she was inconsolable whilst at the same time watching herself and the effect she was having in the mirror.

“The site I have picked at Jupiter has a quiet melancholic atmosphere and I felt it was the perfect place to introduce some unnecessary drama in the style of the story above. What I have made for Jupiter are 5 little girls dressed up as sculptures in positions of high drama which animate the landscape they inhabit.”

Kate Toft visited Jupiter Artland back in 2011 and, upon seeing the statues, wrote this about her experience. “Although I love to look at sculpture, it doesn't often move me. An exception to this today was the group of sculptures called ‘Weeping Girls' by Laura Ford. I thought these were the best sculptures in the whole place – very sad and rather chilling, with such attention to detail in the hands and shoes, in a perfect setting in the deserted woodland.” 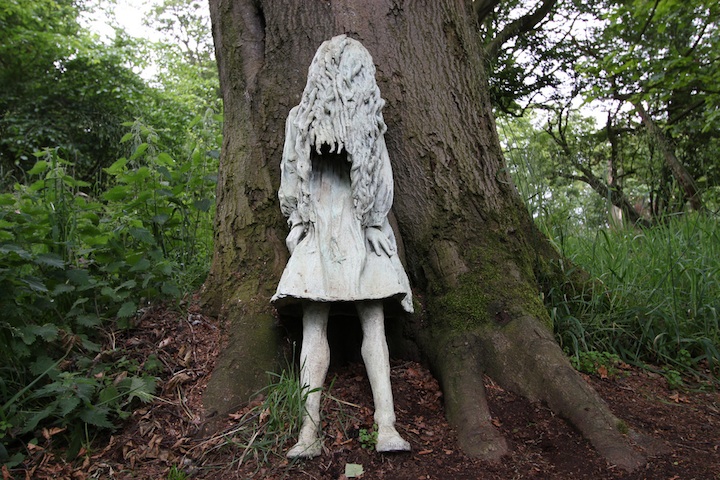 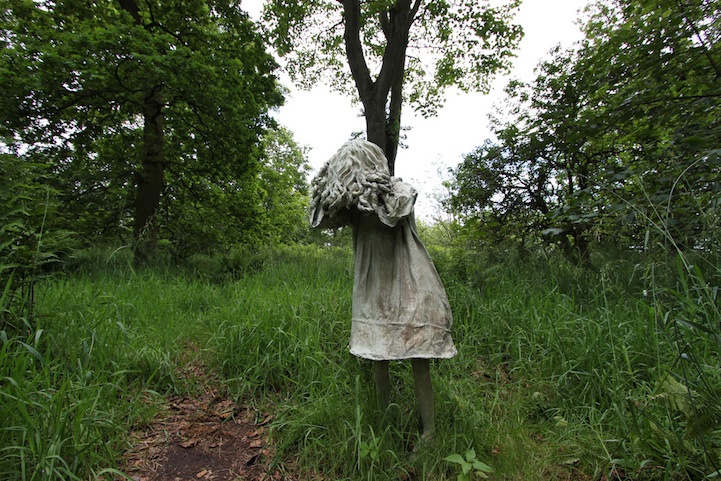 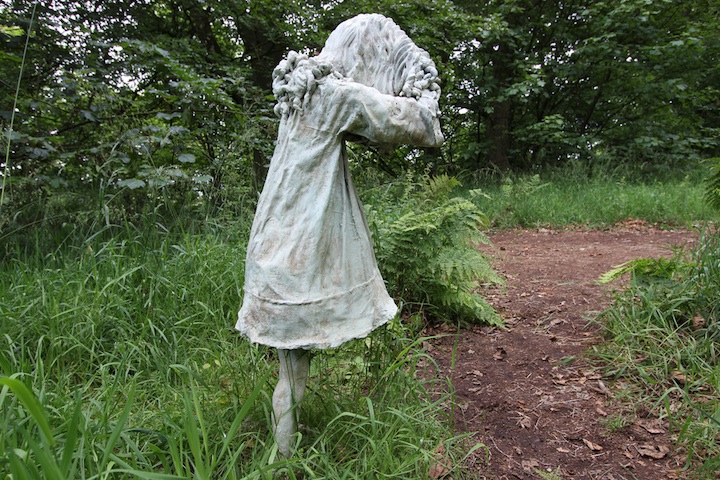 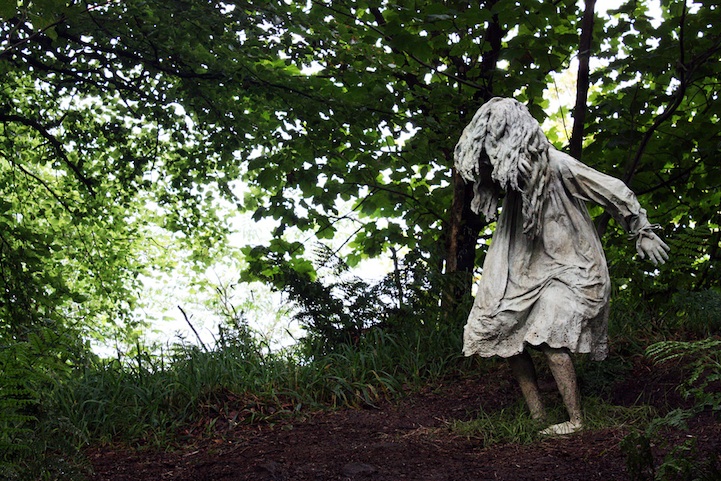 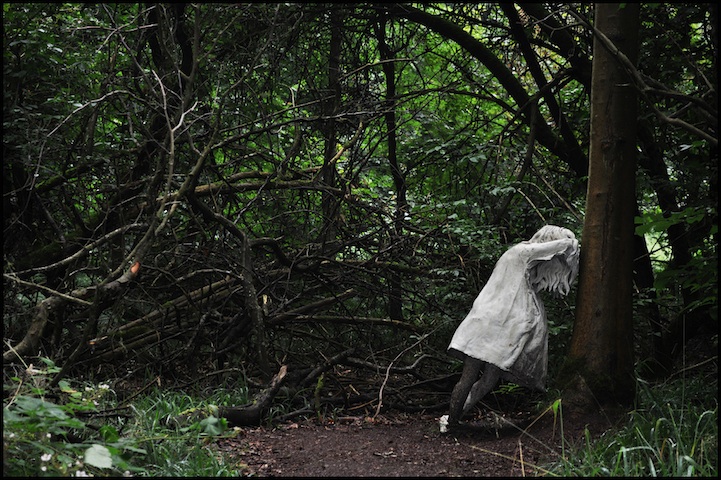 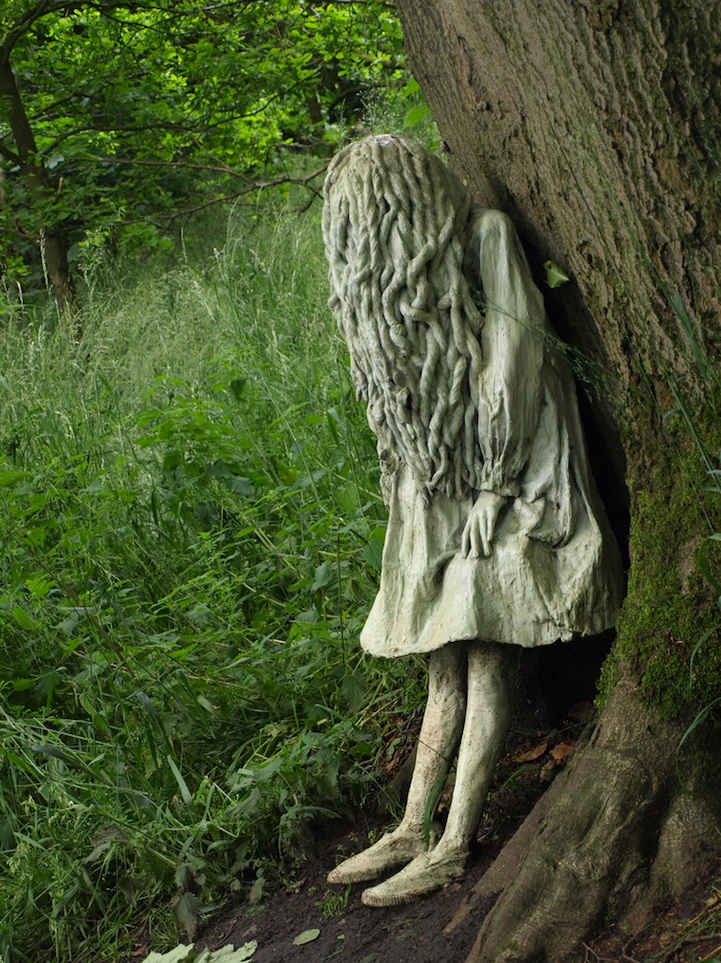 Photo by Castaway in Scotland 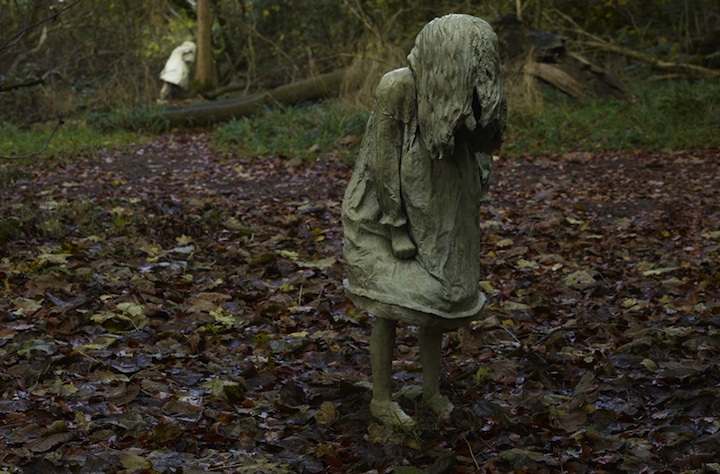