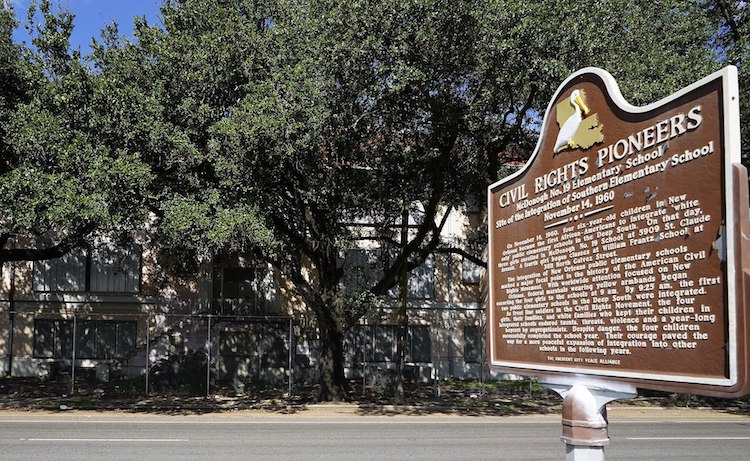 Tate, Etienne, and Prevost were tasked with integrating into McDonogh 19 Elementary School; Bridges, who stars in a celebrated Civil Rights painting, was famously assigned to William Frantz Elementary School. Though all four figures played an equally important part in the desegregation of the South, the story of the “McDonogh Three” has been overshadowed—and Tate wants to bring it to light.

In 2009, the New Orleans native founded the Leona Tate Foundation for Change, a non-profit focused on “remembering the past while looking towards the future.” In the spirit of this mission, Tate is in the process of turning McDonogh 19 Elementary School into the Tate Etienne Prevost (TEP) Center. As a “monument to the vital history it represents,” the TEP Center will serve as a poignant reminder of the United States' segregated past—and of three little girls who helped shape its future.

“The history of the school desegregation in New Orleans has not been told correctly,” Tate told My Modern Met. “McDonogh 19 was the first school to desegregate and it's time people learn the truth.” 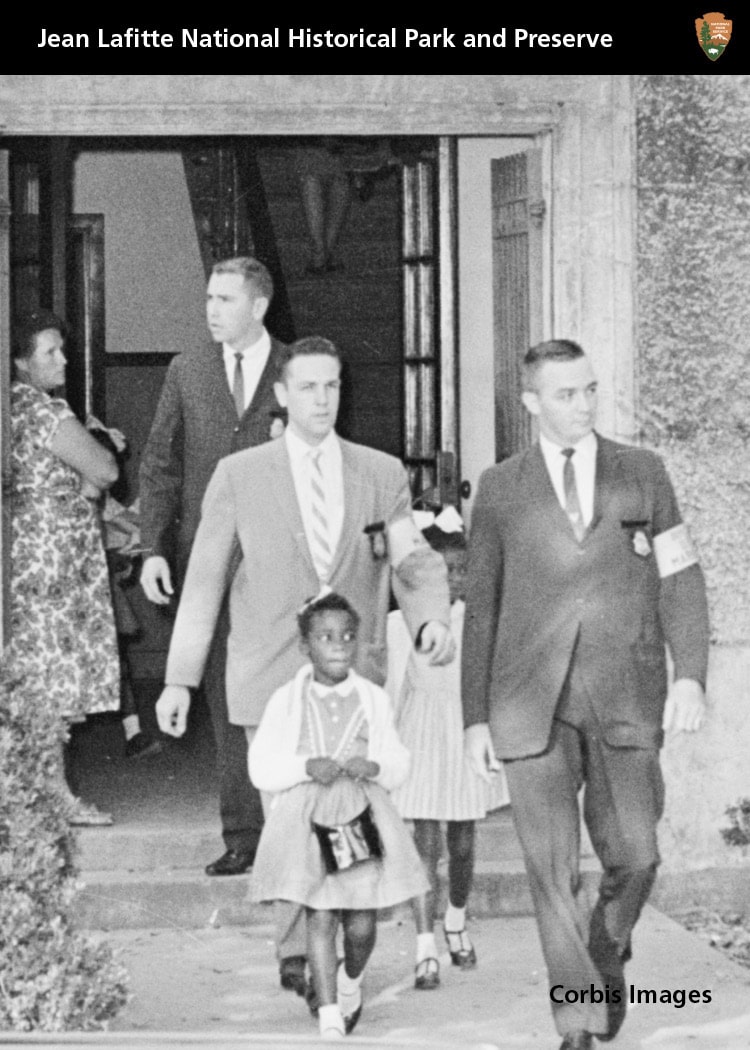 On May 17, 1954, the landmark Brown v. Board of Education Supreme Court decision deemed laws calling for racial segregation in public schools unconstitutional. As a result of this momentous ruling, educational institutions across the country were ordered to enroll and educate both black and white students.

Even after the Supreme Court decision was made, however, schools based in the South showed increasing reluctance to start the desegregation process. This prompted a federal judge to formally order the Orleans Parish School Board, an entity of the New Orleans Public School System, to officially desegregate its schools on November 14, 1960.

Over 100 black families applied for their school-age children to play a part in this process. While six were selected, two withdrew, leaving Etienne, Prevost, Bridges, and Tate, who poignantly perceived that monumental day as any six-year-old would. “I remember waking up to a house filled with family and friends helping my mother get prepared,” Tate tells us. “I can also remember being escorted to school with two U.S. Marshals and my mother. We were greeted by masses of people being held back by police on horseback and I was thinking a parade was coming.”

These “masses of people” were actually angry mobs of white protestors—most of whom had children enrolled in the school. In fact, parents were so enraged by integration that they pulled their children from McDonogh 19 altogether, leaving Tate, Etienne, and Prevost as the only members of the first-grade class for the entire school year.

Still, grasping the severity of the situation was a gradual process for Tate, who left McDonogh 19 after two tumultuous years. “I didn't understand how much my life was affected for quite some time,” she admits to us. “My life changed drastically. I was confined to my house and school. I always had protection by the U.S. Marshals or the New Orleans Police Department. I began to understand the difference in third grade but I learned the significance when my junior high school gym teacher said she was reading a book and I was in it.” 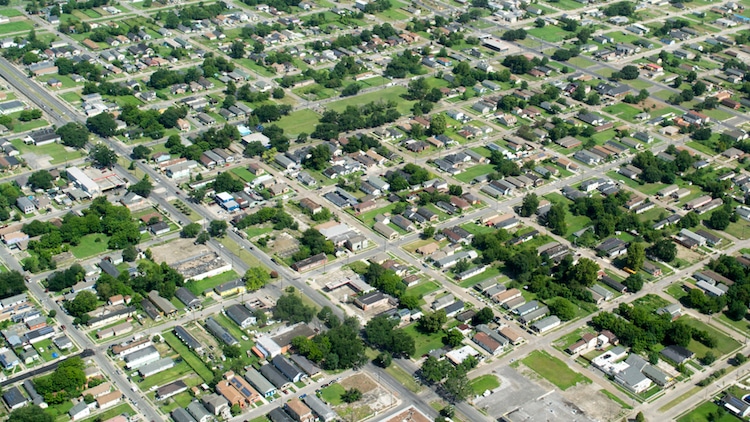 In 2004—just 50 years after the landmark Brown v. Board Education case called for its integration—McDonogh 19 Elementary School closed. Located in New Orleans' Lower Ninth Ward, the 1929 stucco building was nearly destroyed one year later, when Hurricane Katrina damaged a nearby levee and, in turn, devastated the neighborhood.

While the 35,000-square-foot edifice remained abandoned for years, a $500,000 National Park Service grant has allowed Tate's foundation to begin turning the historic site into the TEP Center—a symbolic move that, to Tate, offers a sense of much-needed closure. “The transformation of McDonogh 19 will be a place for racial healing,” Tate told us. “I feel like the racism started there and we should end it there.”

Taking a cue from the nearby Lower Ninth Ward Living Museum (where Tate serves as a board member), the TEP Center will be less focused on collecting objects and more focused on the local community. “A museum requires archiving and that is space we will not have,” Tate tells us. “I want it to be educational so that's why I chose [to call it an] interpretive center.” 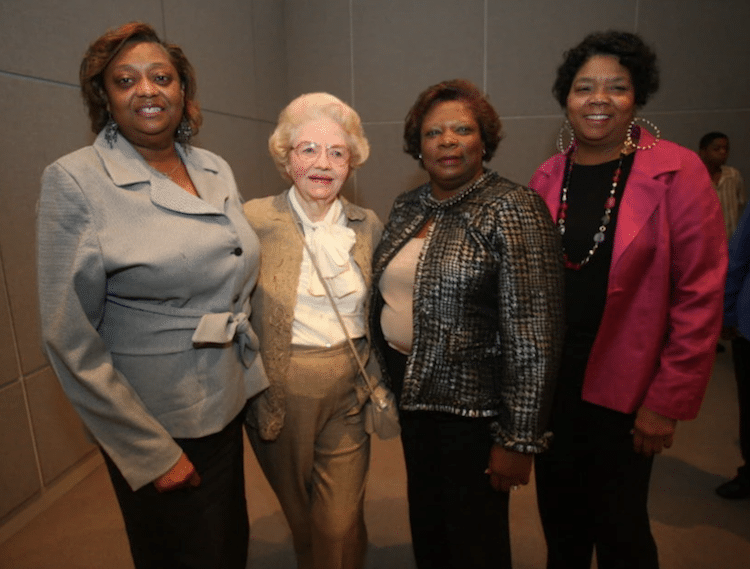 Etienne, Tate, and Prevost with their second grade teacher

What can you expect to find in this “interpretive center?” Dedicated to presenting and preserving New Orleans’ Civil Rights history, the site will aim to offer visitors an immersive experience. Specifically, Tate tells us, the “TEP Center will feature the process that it took for us to attend the school,” a hardship that will be movingly brought to life by a recreation of the McDonogh Three's first-grade classroom.

Ultimately, Tate hopes that the reimagined school building will “energize the Lower Ninth Ward”—and not just through its interpretive exhibits. The three-floor space will also provide affordable housing units to low-income seniors as well as ample educational space. Teaming up with The People's Institute for Survival and Beyond, a 40-year-old New Orleans-based organization, the center will offer classes on “undoing racism,” an objective that Tate considers to be at the core of her foundation's mission: “Remembering the past while looking towards the future.”

My Modern Met granted permission to feature photos by Leona Tate except where noted.