By Kelly Richman-Abdou, Sara Barnes, and Jessica Stewart on February 7, 2022 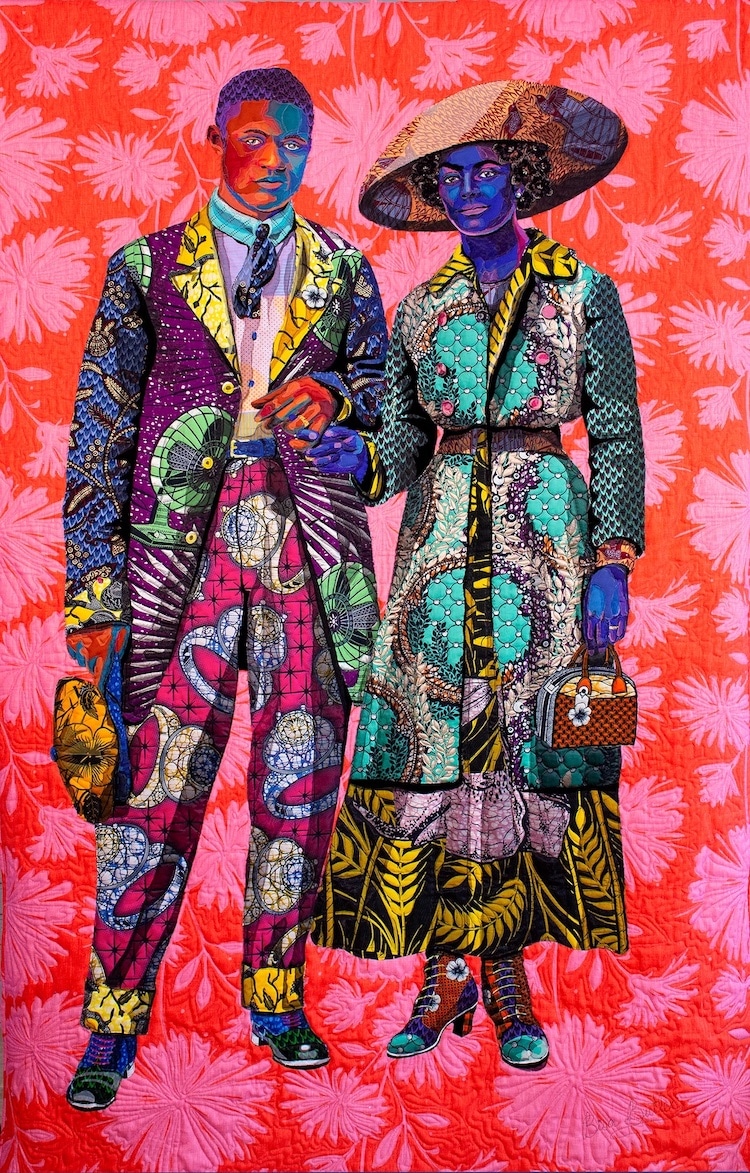 For centuries, African American artists have helped shape the visual culture of the United States. Often channeling their familial backgrounds and personal experiences in their work, these creative figures have influenced and inspired much of American art's evolution.

Unfortunately, throughout history—both in the United States and beyond—artists of color have not aptly been recognized for their talents, achievements, and contributions. This has culminated in a popular history of art paved mostly by white artists. Fortunately, however, contemporary audiences are becoming increasingly interested in diversity in the arts, prompting museums, libraries, and other cultural institutions to shine an overdue spotlight on the work of African American artists. 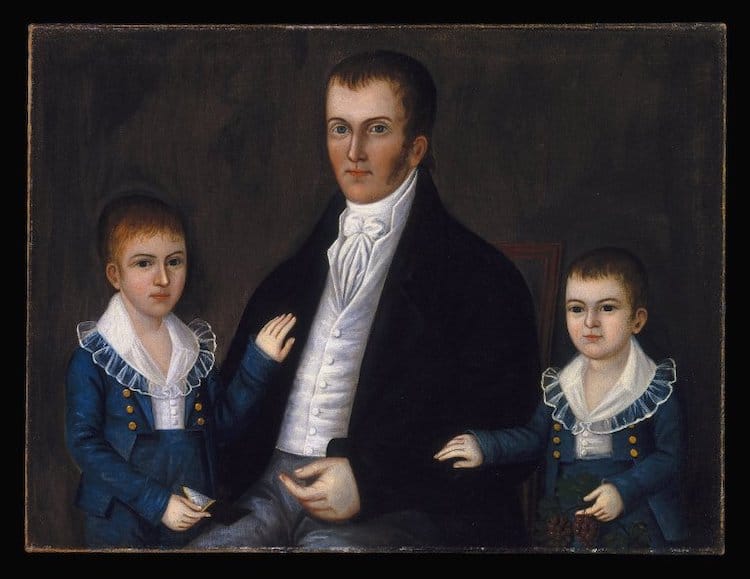 Joshua Johnson was a portrait painter living and working in 18th and 19th-century Baltimore. While little is known about his background (there are conflicting reports regarding whether or not he was enslaved), over 100 portraits are attributed to the artist. All of these pieces are rendered in a characteristically naive style and most share a distinctive composition: a sitter positioned in a three-quarter view, against a plain backdrop, and among props ranging from fruit and flowers to parasols and riding crops.

Today, Johnson is celebrated as the earliest known African American who worked professionally as an artist, forging a path for numerous creatives to come. 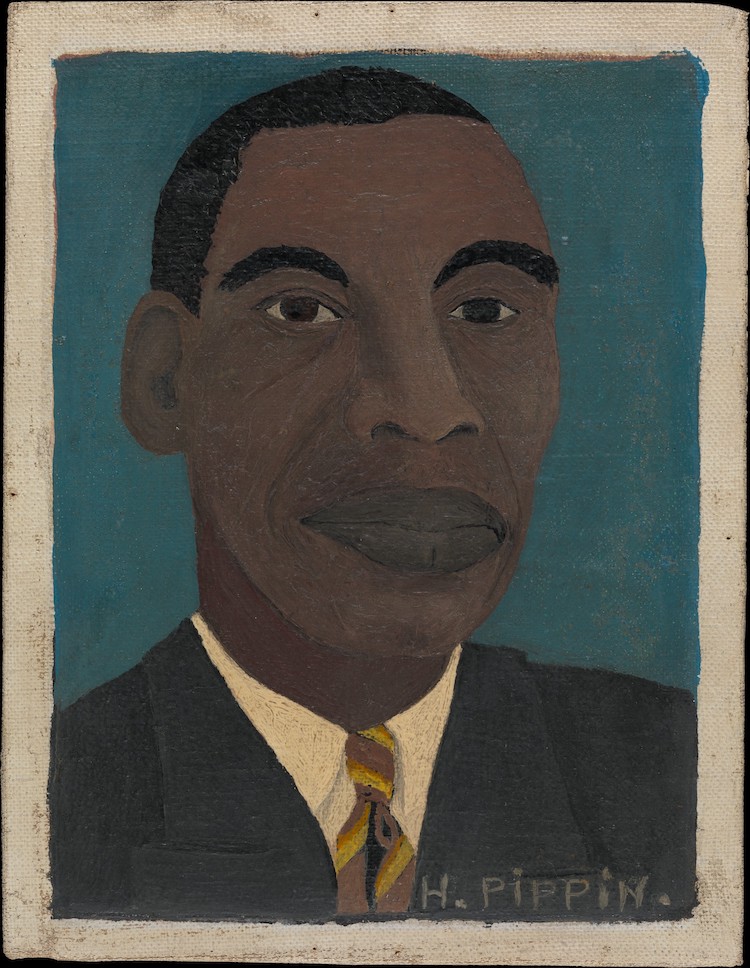 Self-taught painter Horace Pippin once said that his time served in WWI “brought out all the art in me.” In fact, he took up art to rehabilitate his arm after being shot in battle. In the 1930s, he began painting on stretched fabric and often revisited themes related to the war. As his career continued, he painted landscapes, as well as political and biblical themes. His work often touched on themes revolving around slavery and racial discrimination.

In 1947, he became the first African American artist to be the subject of a monograph. Today, his paintings can be found in private and public collections, including the Metropolitan Museum of Art, the Barnes Foundation, and the Phillips Collection. 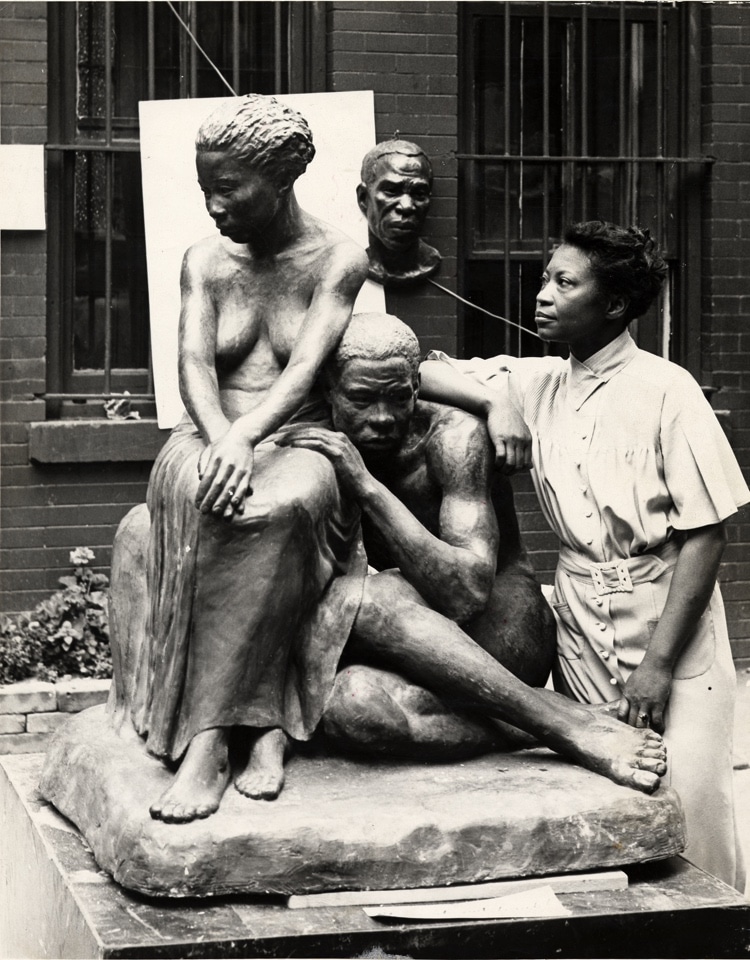 In 1918, a groundbreaking movement emerged in New York City. Known today as the Harlem Renaissance, this “golden age” of art, literature, and music transformed the Harlem neighborhood into a cultural hub for African Americans, with Augusta Savage‘s many contributions at its core.

Savage was a Florida-born sculptor. In 1921, she moved to New York City, where she attended The Cooper Union for the Advancement of Science and Art, a scholarship-based school. After earning her degree (an entire year early), she was asked by the Harlem Library to create a bust of civil rights activist and writer W. E. B. Du Bois—a piece that put her on the map.

Today, Savage's role in the Renaissance is mostly attached to teaching and advocacy. In 1935, she co-founded the Harlem Artists Guild, an organization that advised the neighborhood’s African American artists; and, in 1937, she established the Harlem Community Art Center, where she led sculpting classes and helped launch the careers of African American artists, including Jacob Lawrence. 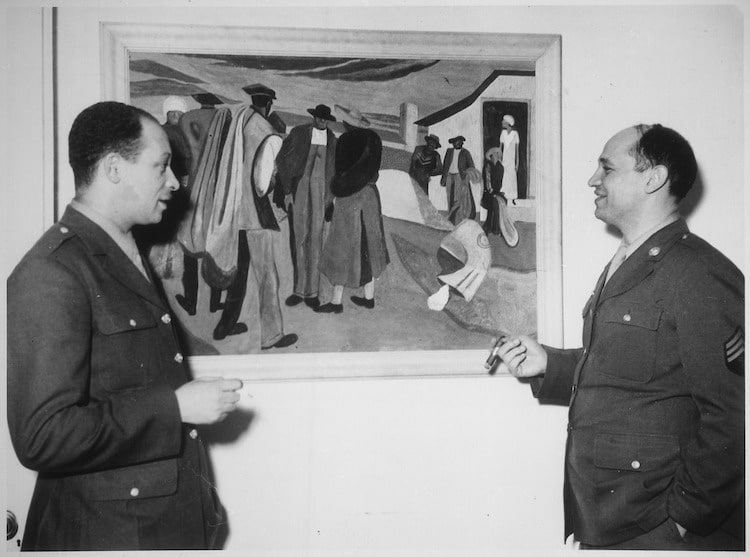 Born in 1911, Romare Bearden was a prolific creative who was not only a visual artist but also an author and songwriter. Throughout his long career, he experimented with different mediums, including oil paint and collage. His early work was influenced by Mexican muralists like Diego Rivera, while he later evolved into a more abstract style. In the 1960s, he started working with collages and focused his work on themes regarding cooperation and unity within the African American community.

After passing from complications with bone cancer in 1988, The New York Times called Bearden “one of America's pre-eminent artists.”

Jacob Lawrence was born in New Jersey in 1918. At just 23 years old, he completed his Migration Series. This colorful collection of paintings tells the story of the Great Migration, a mass exodus of over 6 million African Americans fleeing the segregated South to urbanized areas across the country.

Imagined as avant-garde shapes and rendered in bright tones, this work is celebrated as much for its subject matter as its Harlem-inspired aesthetic. “Lawrence’s work is a landmark in the history of modern art and a key example of the way that history painting was radically reimagined in the modern era,” the Museum of Modern Art explains.

After the success of this 60-panel series, Lawrence continued to artistically document the African American experience in a number of projects. He also taught at several universities and received numerous accolades and awards. In 1941, for example, he became the first African American artist to have work featured in the Museum of Modern Art's permanent collection, and in 1990, he received the U.S. National Medal of Arts.

Born in Topeka, Kansas, in 1899, Aaron Douglas worked in a glass factory and steel foundry in order to earn money for college. After graduating in 1922 with his degree in fine arts, he taught in the Kansas City, Missouri area before heeding the call of Johnson to head to New York City to be part of the creative scene in Harlem.

Once in New York, Douglas studied painting with German émigré artist Fritz Winold Reiss. He began to study African art as a source of cultural identity while using what he learned about European modernism to create his own visual language. His illustration and murals were centered around social issues—including race and segregation in the U.S.—presented in an abstract, Cubist-deco style featuring semitransparent silhouetted figures that recalled African art.

After spending time in New York and Paris, Douglas accepted a full-time position in the art department at Fisk University in Nashville in 1944 and was there until he retired from teaching in 1966.

New York City would continue to serve as a catalyst for Black artists for decades, with Jean-Michel Basquiat among the Big Apple's most famous artists—and contemporary art's most universally recognized figures.

Basquiat was born in Brooklyn to a Puerto Rican mother and a Haitian father in 1960. As a teenager, he helped pioneer and popularize street art, first with SAMO©, a tag serving as shorthand for “the same old sh-t,” and eventually with his distinctive “chicken-scratch” designs. As a young adult, he brought graffiti into the gallery, first in exclusive group shows and eventually as a sought-after solo artist.

Though he tragically died at just 27 years old, Basquiat's decade-long career led to a prodigious legacy. Today, he remains both a celebrated creative and a cultural icon, recognized for his approach to themes like slavery and oppression. His works can be found in top museums and galleries around the globe, and they sell for tens of millions of dollars at auction.

Like Lawrence and Basquiat, Kara Walker, a California-born artist, explores issues of race in her work. Rather than opt for a bright color palette, however, Walker often works in monochrome, whether crafting a faux-stone fountain, a sugar sphynx, or, most prominently, her signature silhouettes.

Walker began creating silhouettes in 1994. Since then, she has continued to use these large-scale vignettes to creatively address the prevailing history of racism in the United States. Often, she imagines scenes set in the Antebellum South—a fitting focal point considering the roots of the cut-paper craft.  “I had a catharsis looking at early American varieties of silhouette cuttings,” she said. “What I recognize, besides narrative and historicity and racism, was very physical displacement: the paradox of removing a form from a blank surface that in turn creates a black hole.”

In addition to silhouette-making, Walker also dabbles in other mediums, creating everything from paintings and animated works to shadow puppets and “magic-lantern” projections.

In 2017, Nigerian American portrait painter Kehinde Wiley made history when he became the first Black artist to paint an official presidential portrait. Selected by President Barack Obama himself, Wiley was commissioned to complete the painting for the National Portrait Gallery, whose collection of presidential portraits is among its most important holdings.

Since this major project, Wiley has continued to reimagine traditional portraiture. He even challenged the expectations of equestrian painting with Rumors of War, a monumental sculpture that offers a contemporary response to confederate statues. With this piece, Wiley rethinks the concept of a “hero”—and of American identity.

“Today,” he said during the sculpture's unveiling in Times Square, “we say yes to something that looks like us. We say yes to inclusivity. We say yes to broader notions of what it means to be an American.”

Brooklyn-based artist Bisa Butler creates contemporary quilts that are life-sized historical portraits of Black people whose stories may have been forgotten or completely overlooked in history. Each colorful picture utilizes fabric like a painter would pigment to produce regal representations of each person.

Butler learned how to sew by watching her mother and grandmother. When she first began creating her quilt art, she depicted her family. Now, she scours public databases for photographs that inspire her.

“My community has been marginalized for hundreds of years,” she writes in her artist statement. “While we have been right beside our white counterparts experiencing and creating history, our contributions and perspectives have been ignored, unrecorded, and lost. It is only a few years ago that it was acknowledged that the White House was built by slaves. Right there in the seat of power of our country African Americans were creating and contributing while their names were lost to history.

“My subjects are African Americans from ordinary walks of life who may have sat for a formal family portrait or may have been documented by a passing photographer,” Butler explains. “Like the builders of the White House, they have no names or captions to tell us who they were.”

Hear Bisa speak about her work in-depth on the My Modern Met Top Artist podcast.