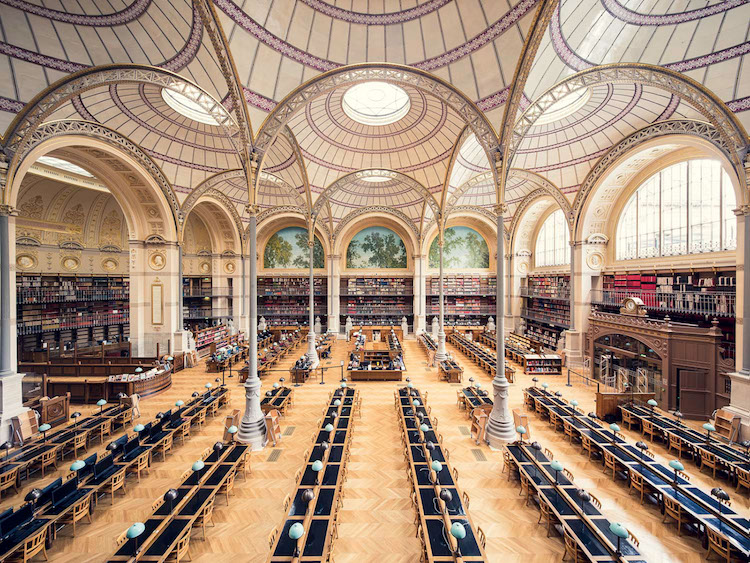 As evident in his symmetrical shots of Berlin's beautiful architecture, Paris-based photographer Thibaud Poirer knows how to expertly capture interiors. In his latest series, Libraries, Poirer offers a gorgeous glimpse inside some of the world's most unique reading rooms.

Like his past work, Libraries presents the symmetrical beauty and diverse decorative styles of various institutions' interiors. Some, like Biblioteca Joanina in Coimbra, Portugal and Bibliothèque de la Sorbonne in Paris, France feature ornate architecture inspired by a classical aesthetic. Others, including Germany's Grimm Zentrum Library and Stadtbibliothek, convey an entirely modern approach to design. Ultimately, regardless of style, each library boasts an appearance that is both awe-inspiring and deeply historic.

As particularly evident in Libraries, Poirer's portfolio is molded by his diverse collection of cultural experiences. Though he has now settled in picturesque Paris, he has lived in many places around the globe. “I have spent most of my life experiencing other cities and cultures across the world,” he explains on his website. “I've called Buenos Aires, Houston, Montreal, and Tokyo home to name a few.” Some of these cities are even featured in Libraries, illustrating his resonance and deep connection with these sites.

To capture each striking shot, Poirer uses a Canon 6D camera with 17mm and 24mm TS-E lenses. According to the photographer, this equipment enables him “to control perspective for architectural shots and to create undistorted panoramas with optimal image quality.” If you'd like to learn more about Poirer's process and practice, stop by his website.

In his series of library photos, photographer Thibaud Poirer presents the beautiful interiors and architecture of reading rooms around the world. 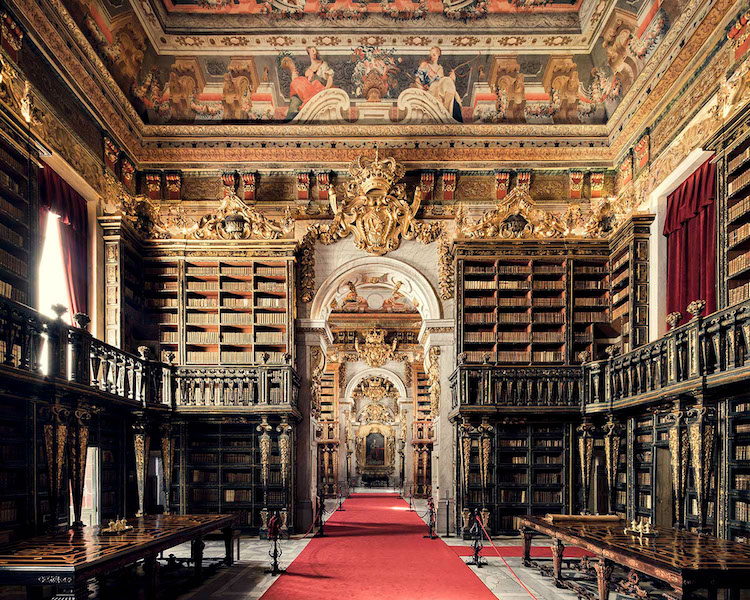 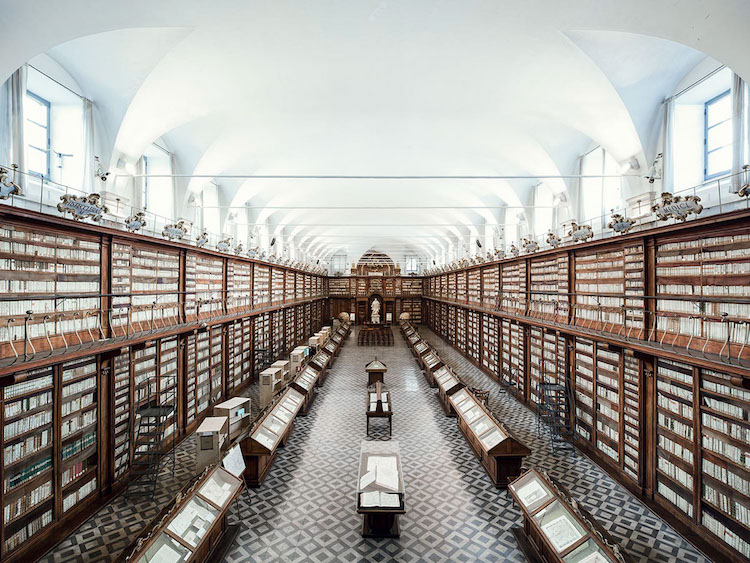 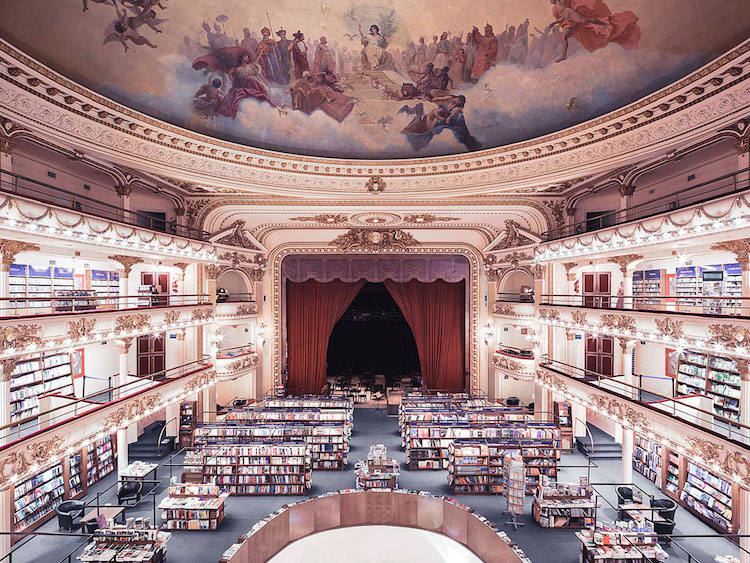 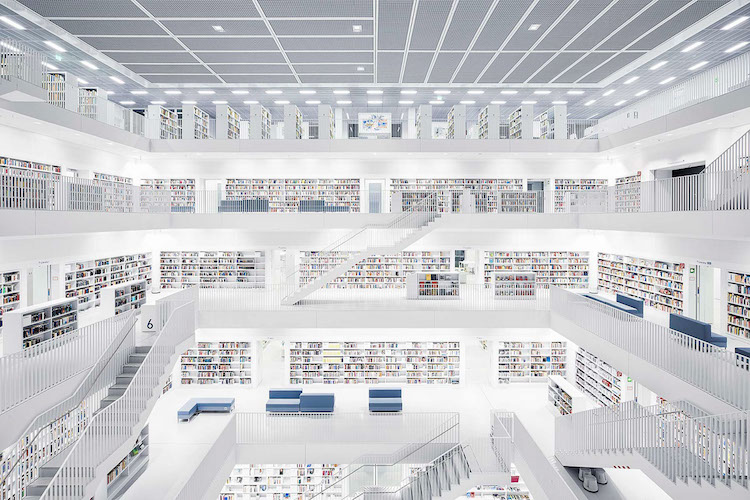 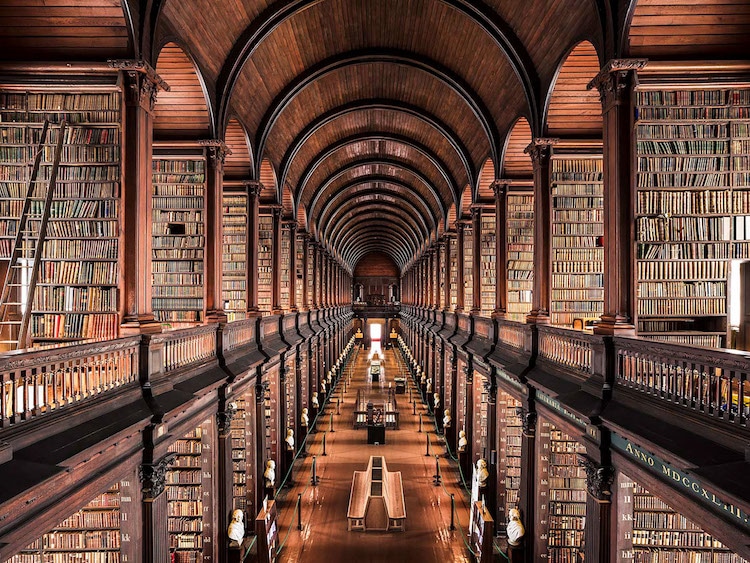 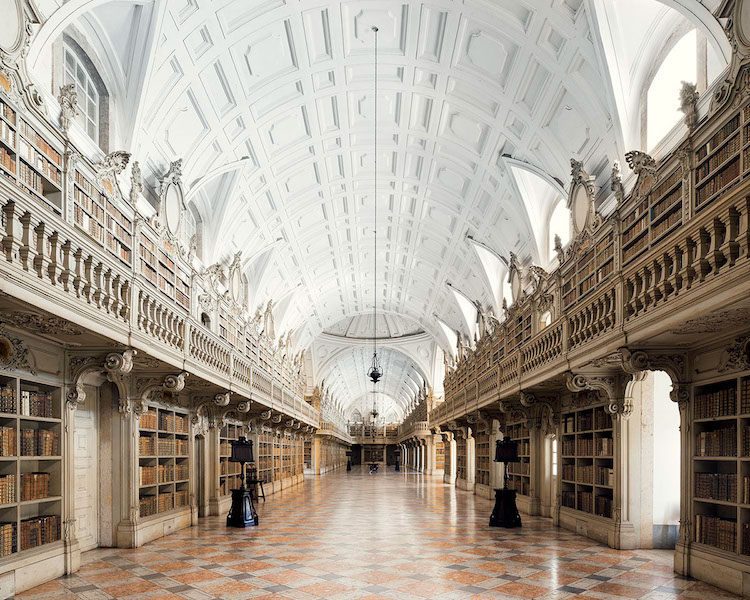 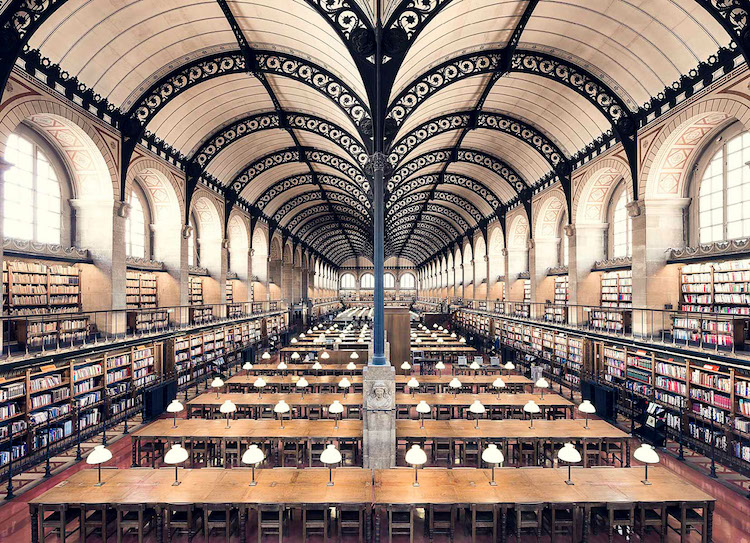 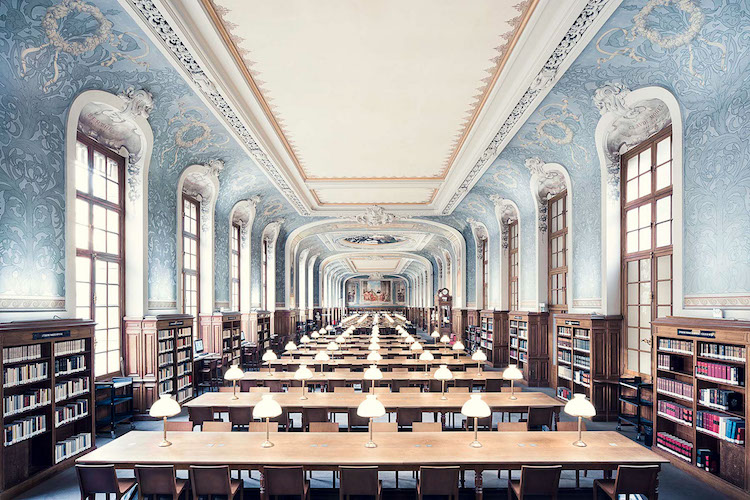 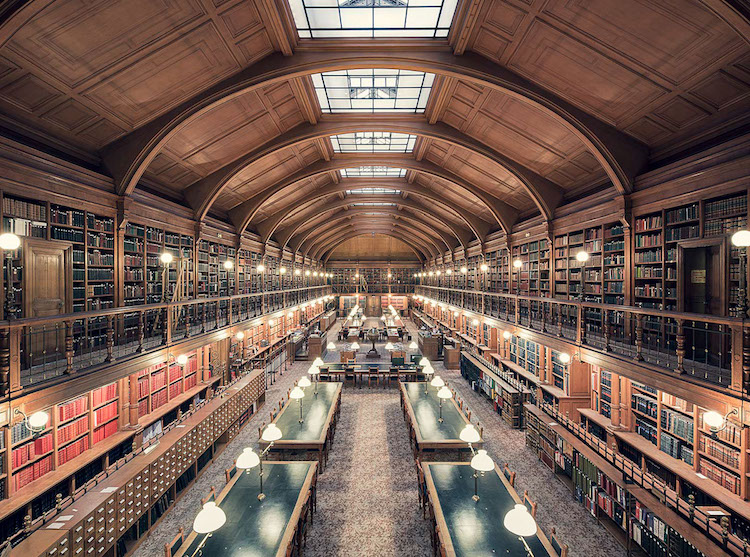 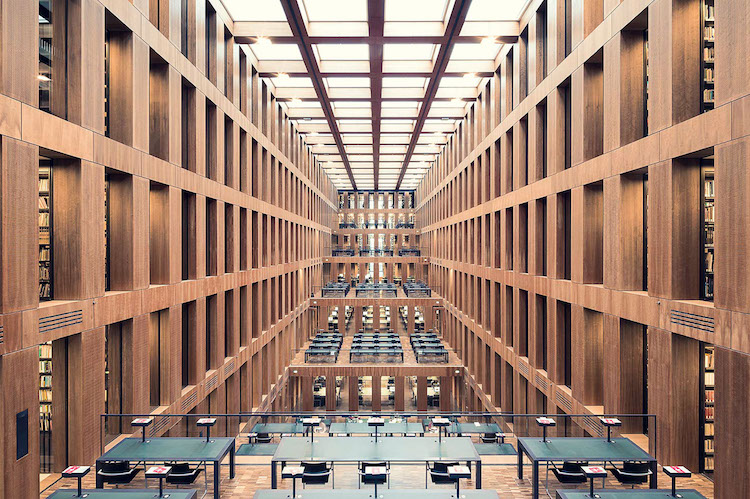 All images via Thibaud Poire.

This post may contain affiliate links. Please read our disclosure for more info.

15+ of the Coolest Bookstores to Visit Around the World

New Magnificent Photos of Beautiful Libraries around the World