When amateur blogger Michael Schneider went skiing in the Swiss Alps with friends, he was looking to have a day of fun and adventure. But what he didn't expect was to take a photograph that would cause a sensation online. As Schneider waited for a friend on the mountain, he took advantage of the moment to test out the camera on his new smartphone. The resulting photographs, which capture striking halos around the sun, went viral after he posted one to Twitter.

What followed were a flurry of explanations about why, and how, these rings appear around the sun. A light halo is an optical phenomenon that occurs when light interacts with ice crystals suspended in the atmosphere. While we often think of a halo as being exclusively circular, they can actually take many different shapes. From arcs to light pillars, some are more common than others.

Luckily for us novices, several specialists set about annotating Schneider's photograph. Mark McCaughrean, Senior Advisor for Science & Exploration at the European Space Agency, used information gathered from the website Atmospheric Optics to create a wonderful annotation of the different halos visible in Schneider's photo. Looking at his diagram, it's incredible to see how many halo examples were captured in one image.

The complete circle formed closest to the sun is what most people simply call a halo; but to be more specific, it's actually known as a 22° halo. There are also rarer halos in the photo, such as a Supralateral arc toward the top of the image. This faintly colored rainbow arc forms when “rays pass between the side and basal (end) faces of singly oriented hexagonal columns.”

While skiing in Switzerland, Michael Schneider captured an incredible photo of light halos on the mountain. 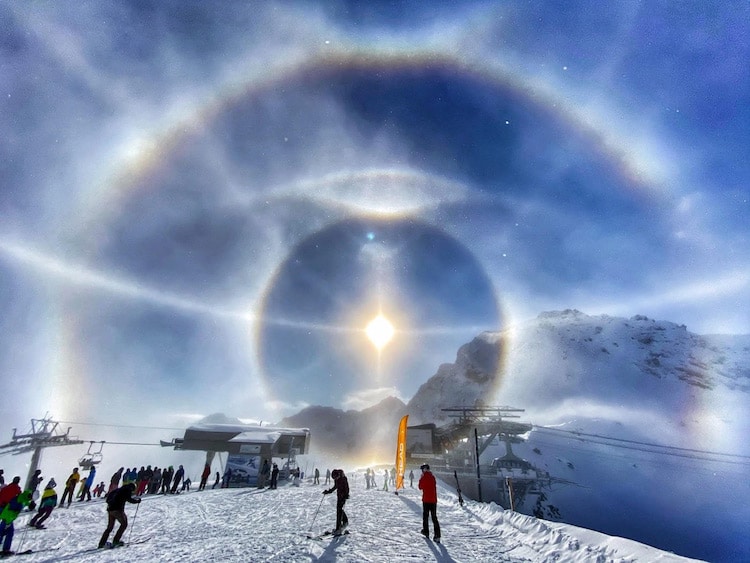 This annotation helps explain the different light phenomena seen in the image. 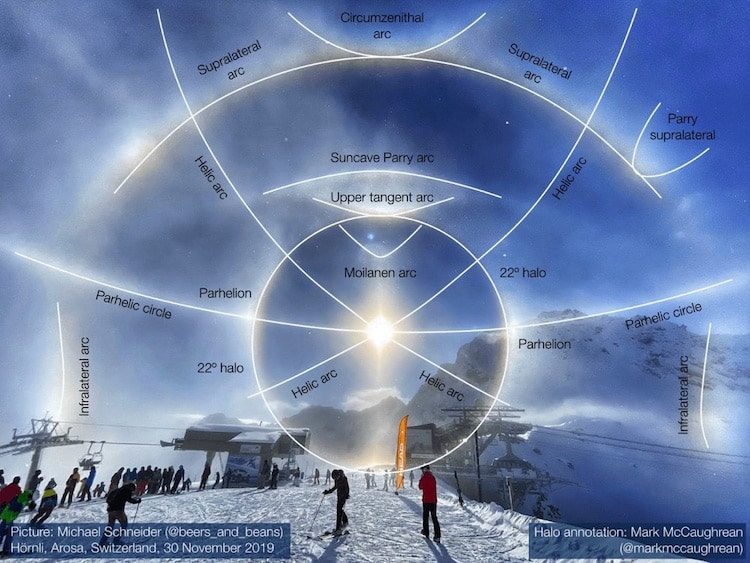 Here are more photos from the mountain, which show how the halos became more apparent over time. 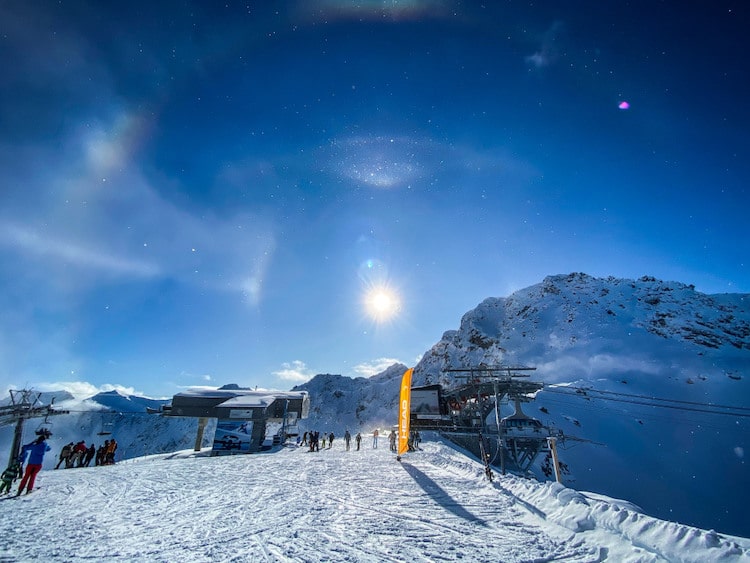 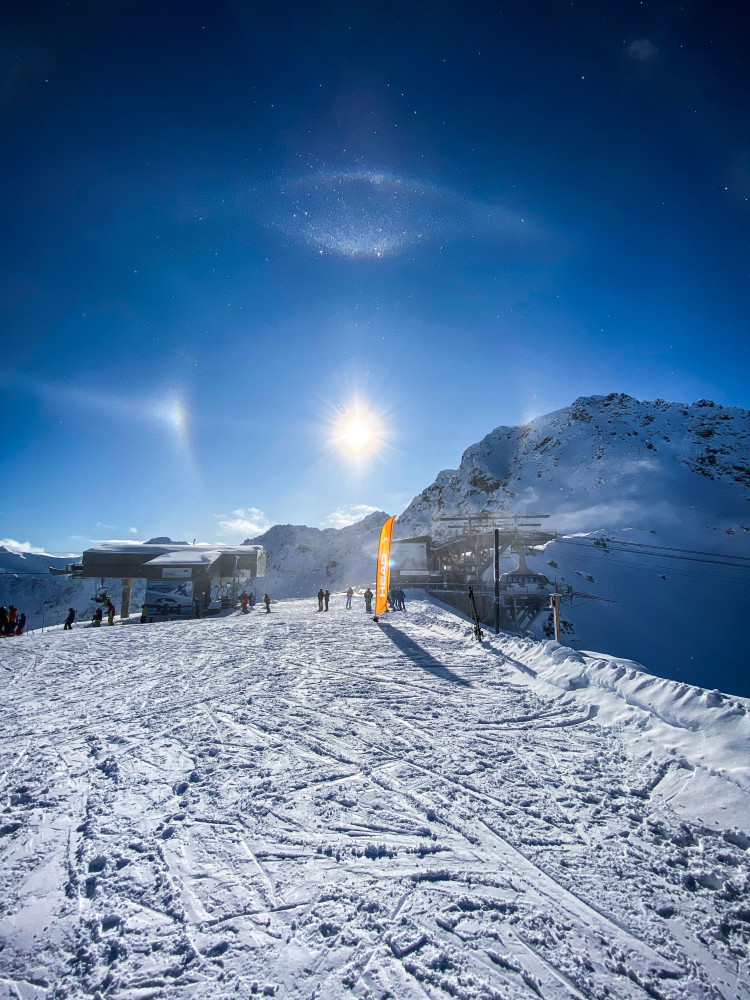 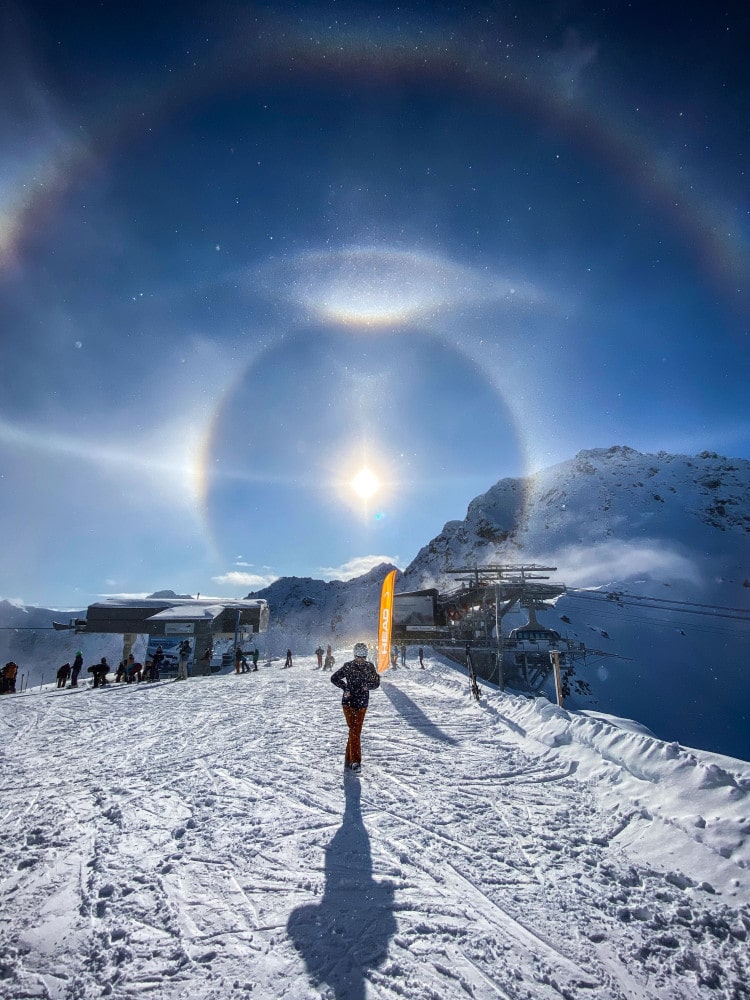 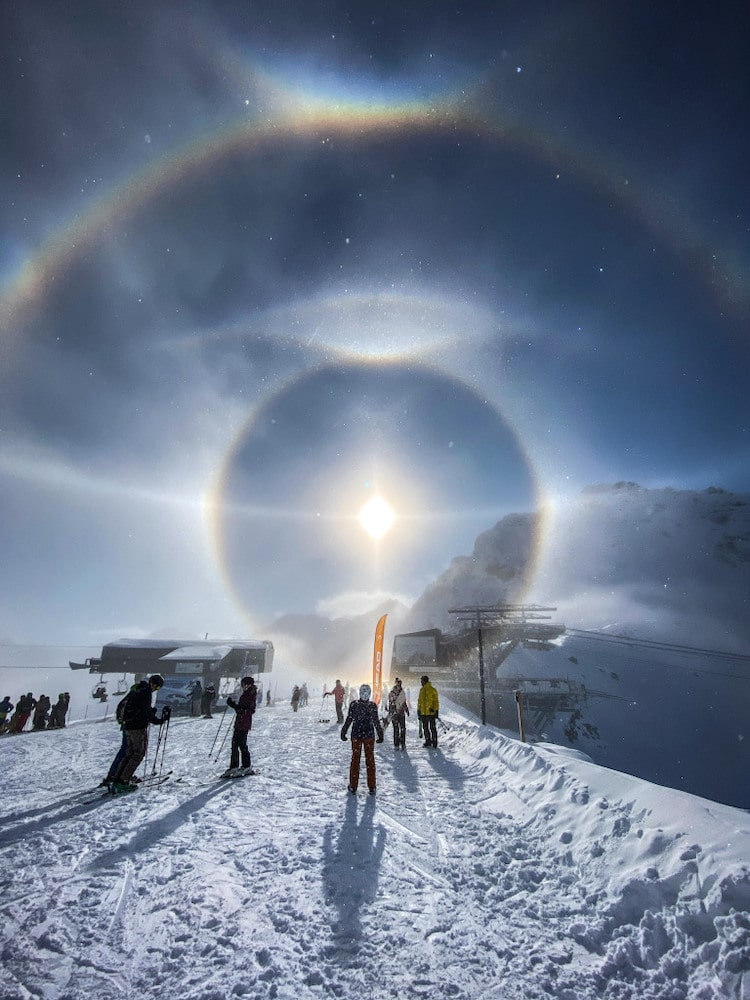 The Natural Phenomenon of Fire Rainbows