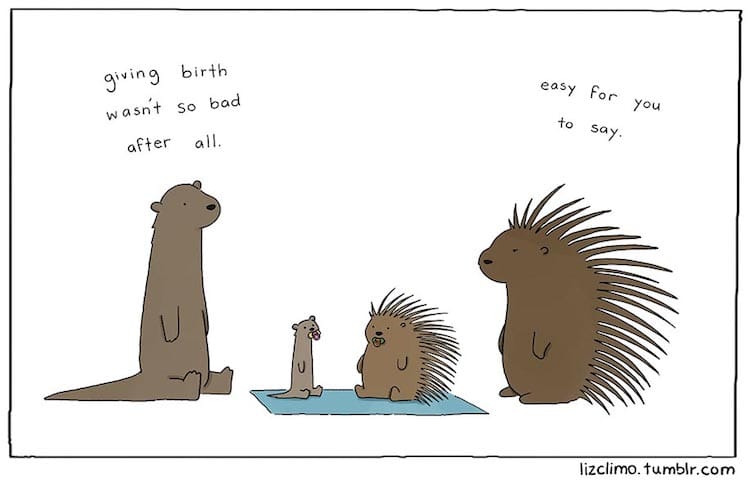 If you're on Tumblr, you may already know the name Liz Climo. She's the artist whose funny comics get thousands (and even tens of thousands) of notes a day as people share her witty works with the world. By day, she's an author and animator for the hit show The Simpsons. By night, she turns into one of the most popular artists on the blogging website.

Her adorable illustrations feature awkward animals, including dinosaurs, birds, bunnies, and bears, who handle human situations with a wry sense of humor. Often, her comics revolve around holidays and reference pop culture. She also creates uplifting comics in response to real-life situations, like her recent Hurricane Harvey homage.

When asked how her day job influences her nighttime comic making, she says, “I actually get a lot of ideas for my comics from my job at The Simpsons, but not not in the way might think. I work with a lot of funny, interesting people, and my interactions with them on a daily basis give me a lot of ideas. Also, I grew up watching the show, so the humor, especially in the early season, really helped shape my sense of what I find funny.”

Similarly, in an interview with Her Campus Media, she talks about what inspires her. “I am most inspired by mundane stuff that happens to me throughout the day that I find funny. It's usually stuff I just see all around me and the way people respond to things. I almost always get my ideas for comics in social situations.”

In 2013, we asked Climo what advice she would offer to aspiring artists. She told us this:”Don't be afraid of your own style! For so long I was embarrassed to show my work because I felt like it was so juvenile compared to all the amazing artists out there. But I got over it, and I'm so glad I did!”

More recently, in 2015, we spoke again with Climo. Be sure to check out our interview!

Here are some of our favorite cute and quirky Liz Climo animal comics. 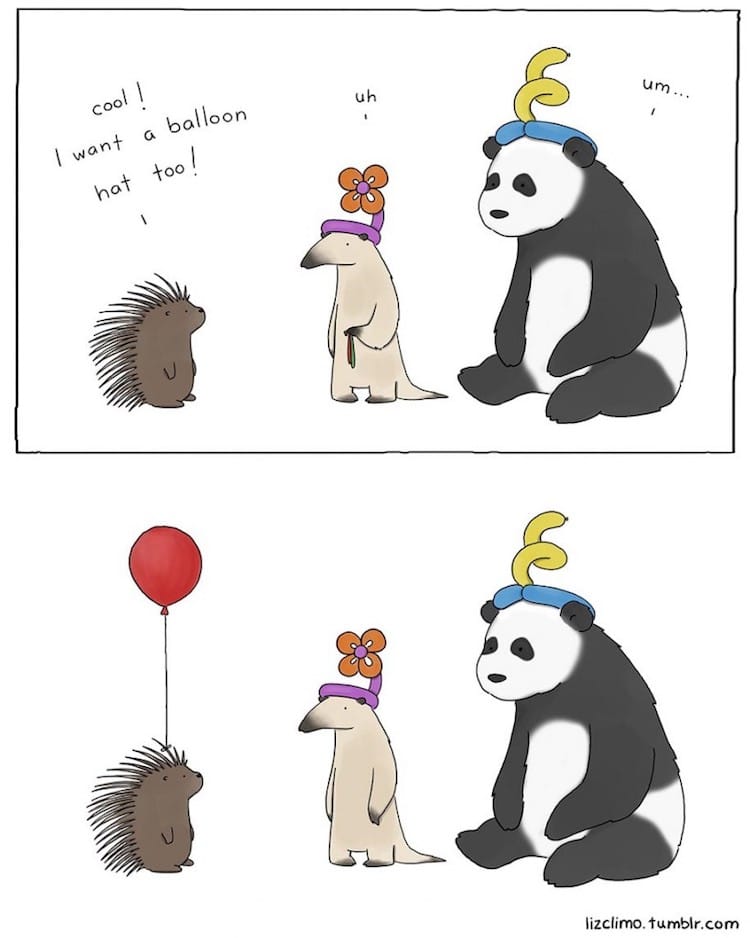 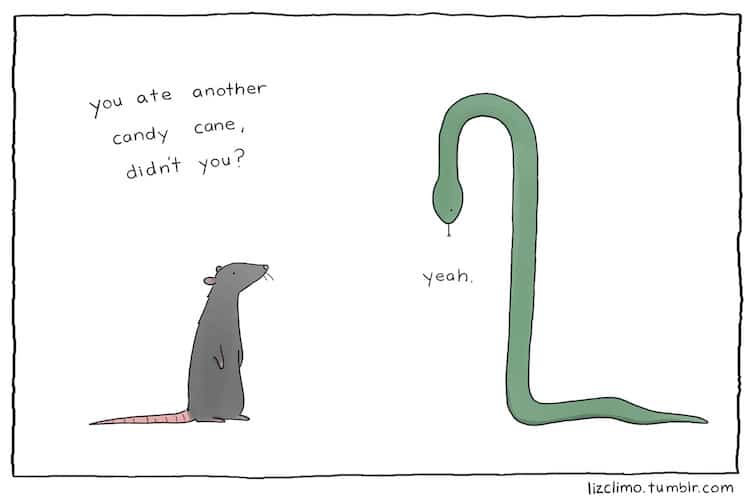 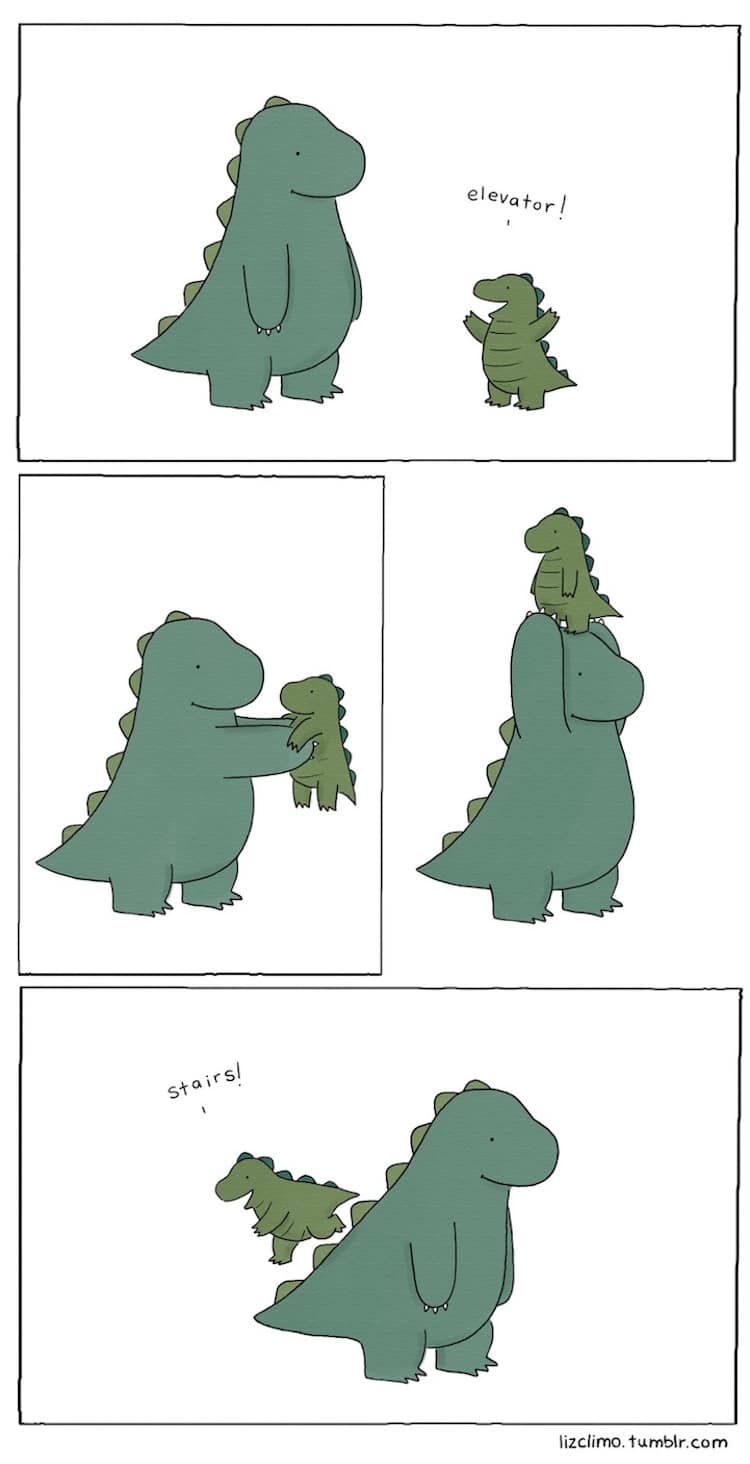 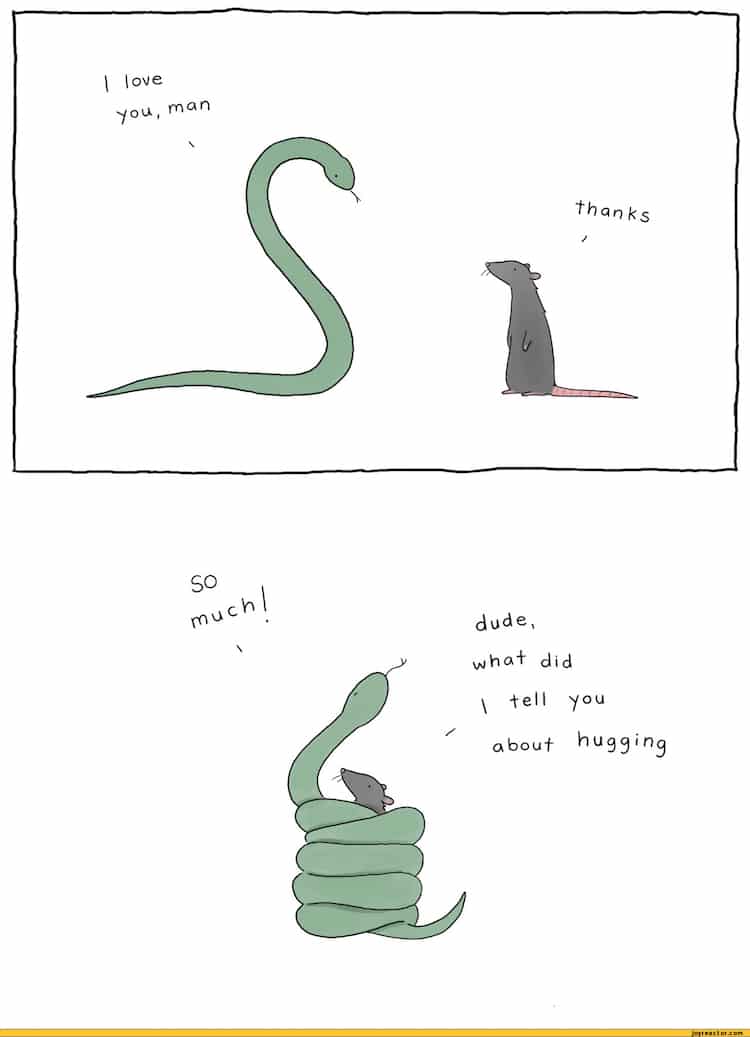 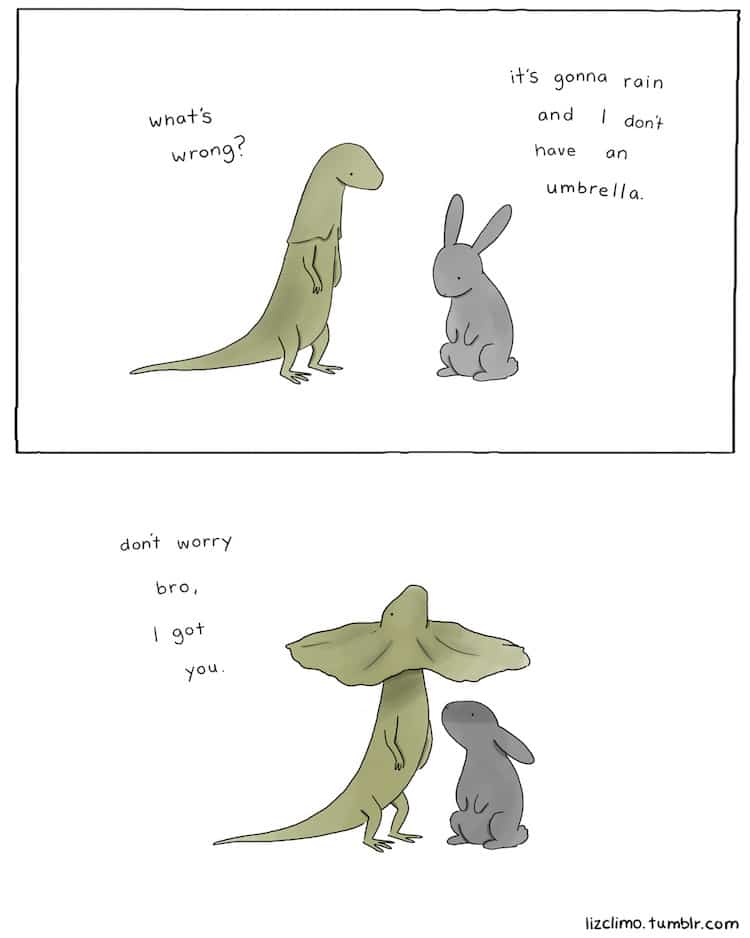 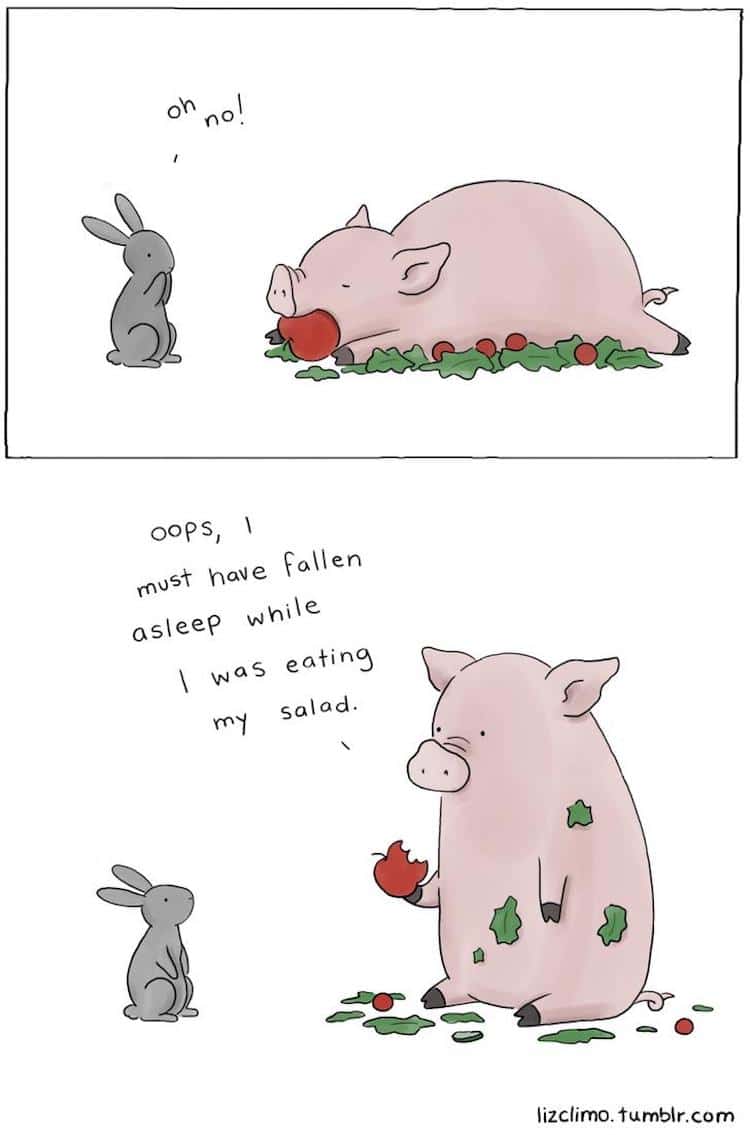 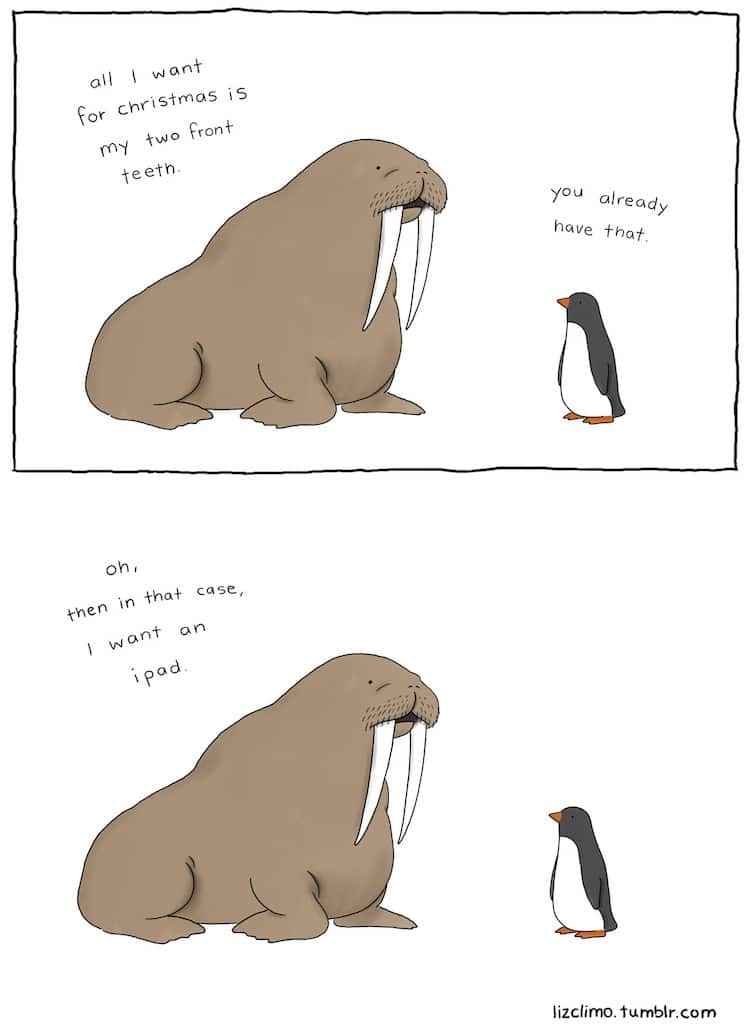 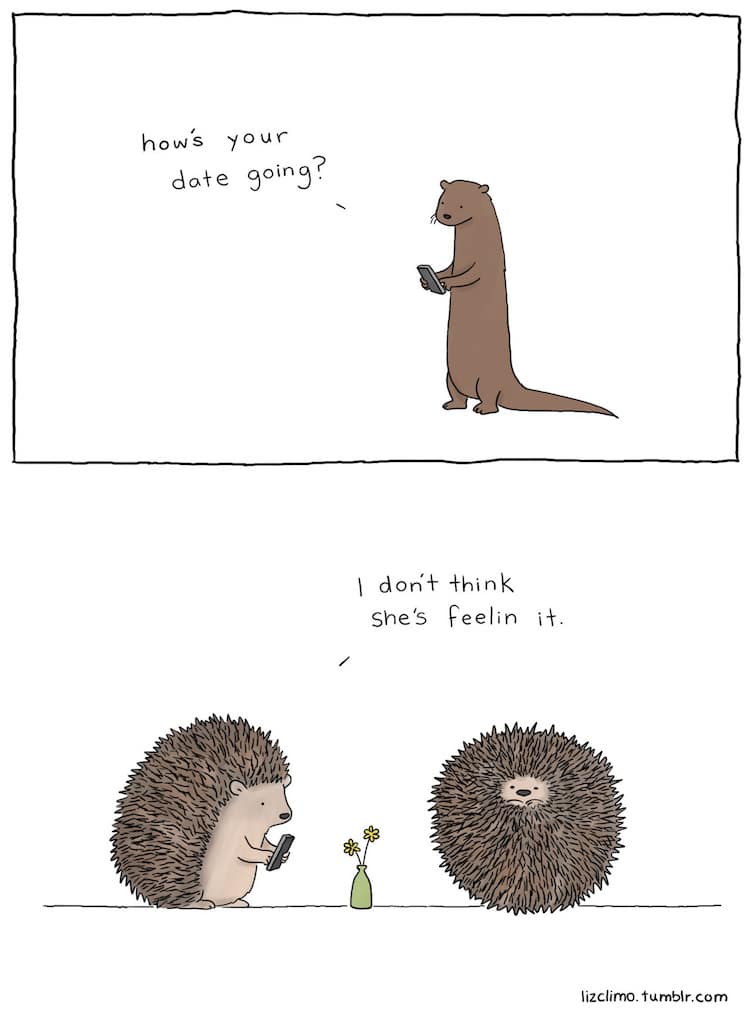 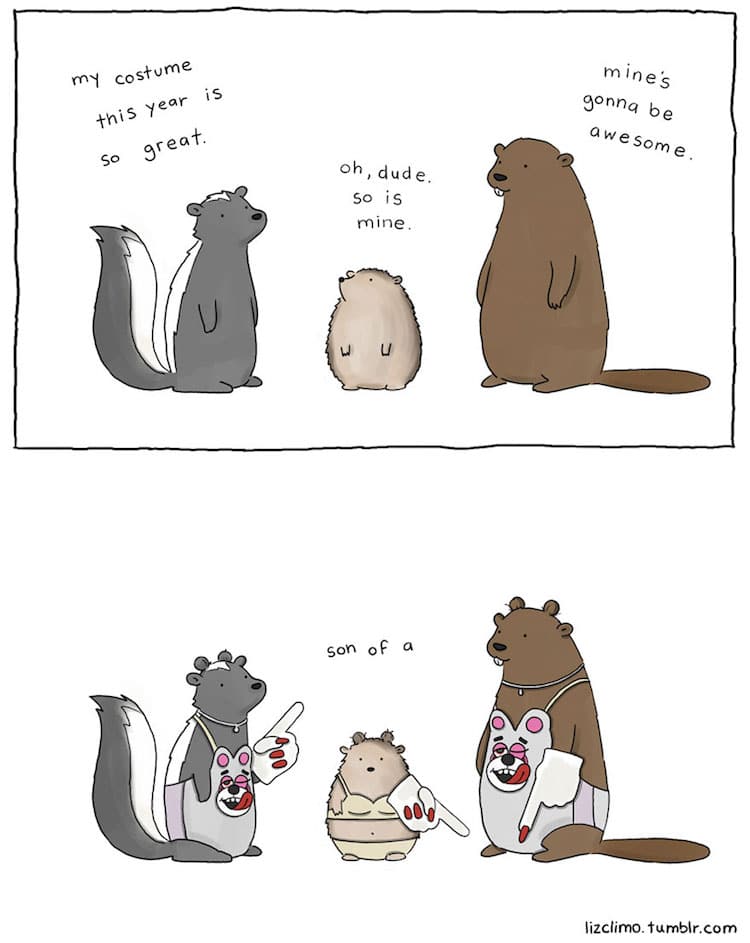 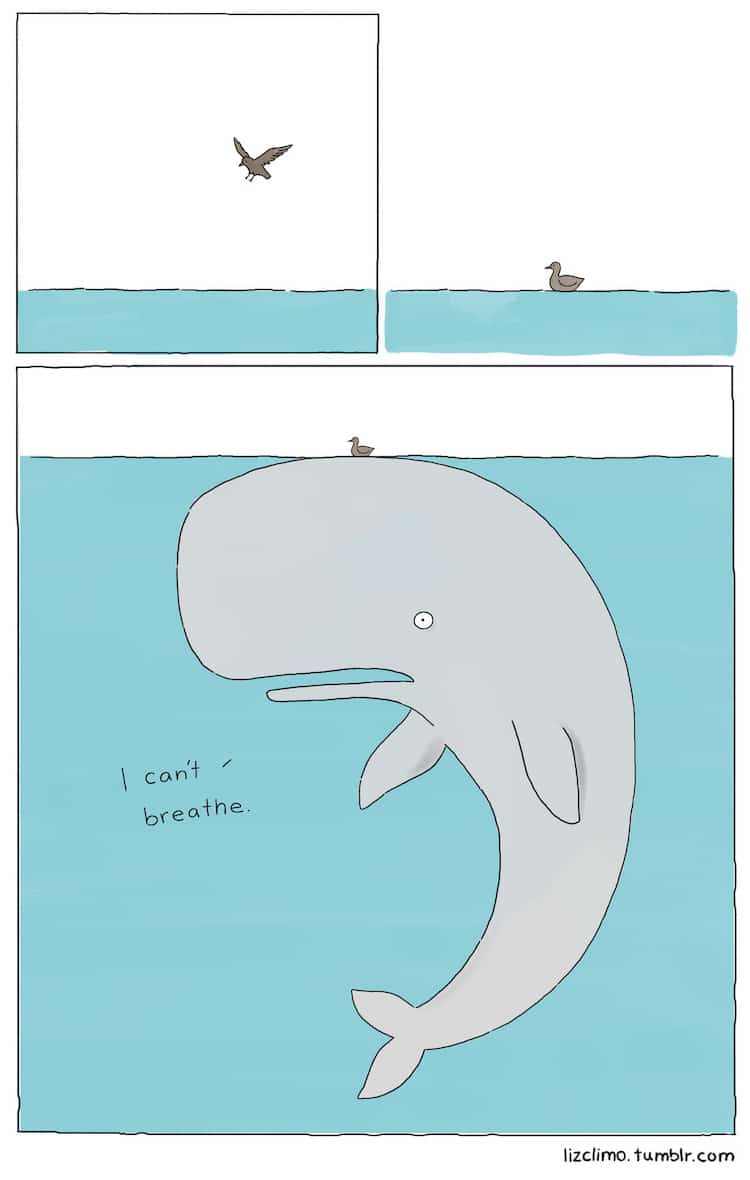 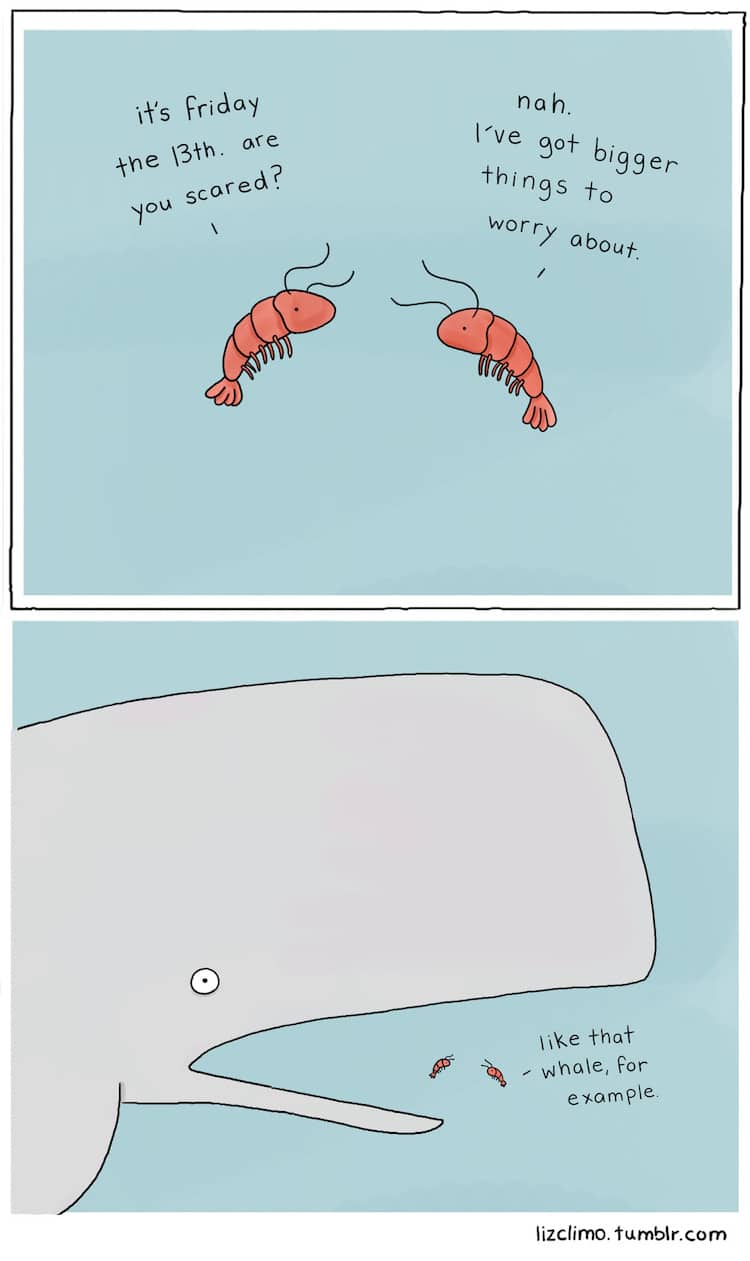 All images via Liz Climo.