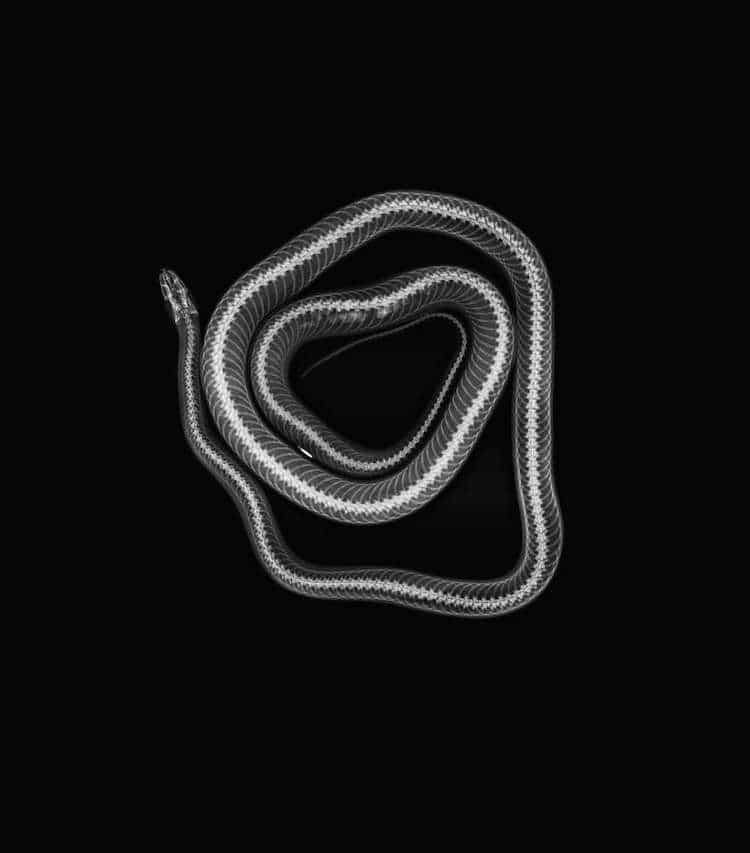 Corn snake (Pantherophis guttatus)
Corn snakes are commonly kept as pets due to their docile nature and easy care. They're known for the beautiful color and pattern of their skin.

While most of us have seen human x-rays, have you ever had the chance to see what your favorite animal looks like on the inside? The ZSL London Zoo is giving the public a small glimpse of what's underneath the surface of some of their animals by released a selection of animal x-rays taken during routine health checks.

The zoo is home to 18,000 animals that undergo examination by an expert team of veterinarians. “We can tell so much about an animal’s health from looking at an x-ray—from the strength of their bones to how healthy their heart is,” shares ZSL London Zoo veterinary nurse Heather Macintosh. “They’re vital to our work, and even though we get to see unique x-rays fairly often we still think that they’re absolutely fascinating.”

Geckos, armadillos, turtles, and snakes are just some of the species surveyed by the team. Macintosh's favorite animals to x-ray are the snakes. Having between 200 and 400 vertebrae—compared to 33 in humans—they're fascinating creatures to observe. Also included in the publicly released x-ray is an image of a Gila monster.

These venomous lizards are native to the southwestern United States and northern Mexico. Slow moving, they spend much of their time in underground burrows and feed only five to ten times a year in the wild. On the opposite side of the spectrum, the large hairy armadillo is a voracious eater. Traces of the armadillo's tell-tale exoskeleton are on display in the x-ray, and it's fascinating the see the delicate bones that lay beneath the imposing shell.

The animal x-rays were shared as part of the ZSL London Zoo's Vets in Action program. The event takes place during school vacation, allowing kids to join the team and experience some of the tasks that the zoo's veterinary team undertakes on a daily basis. 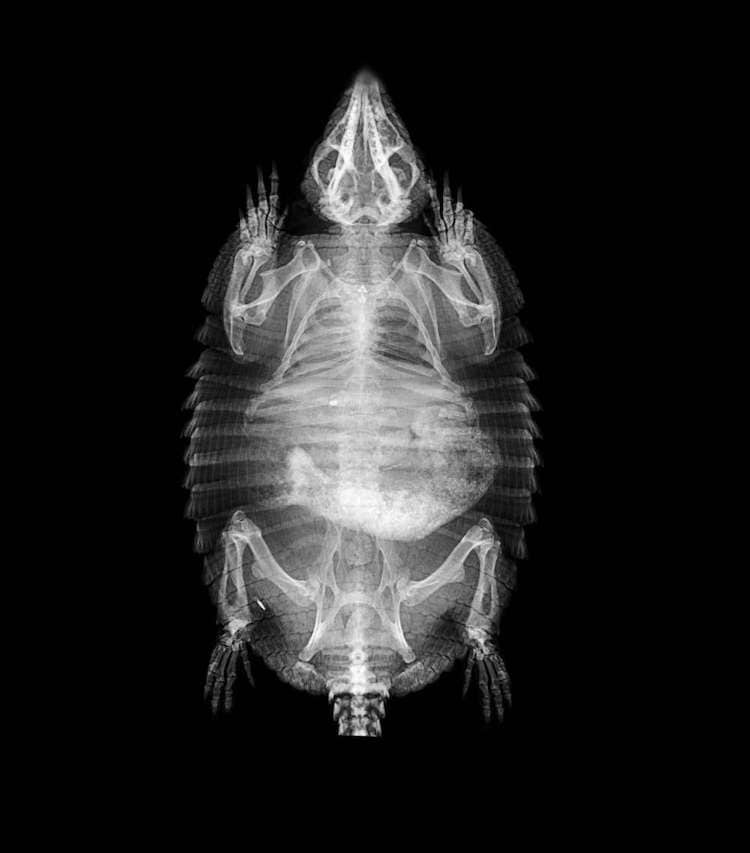 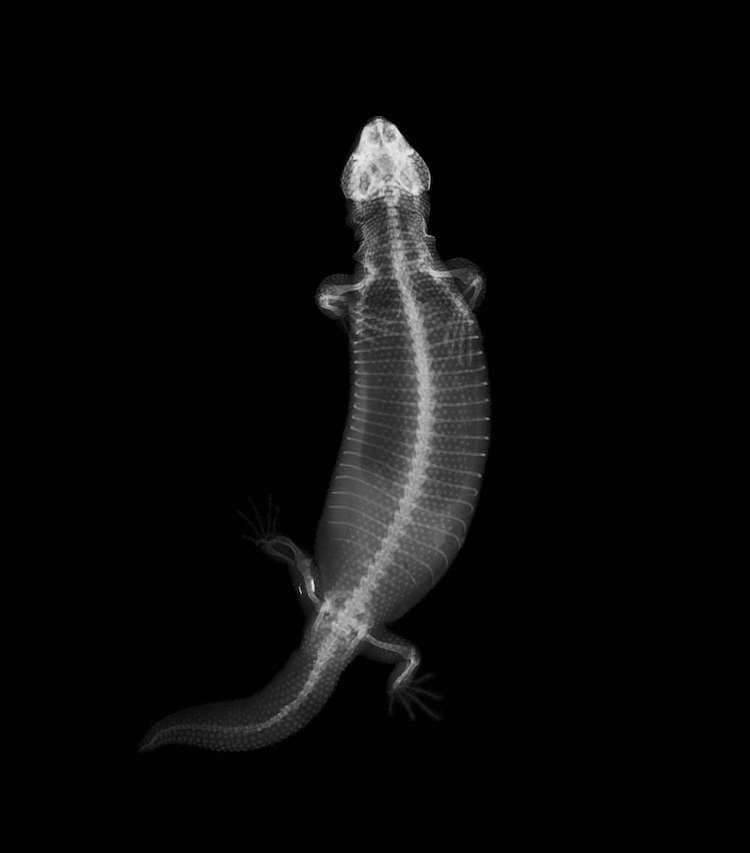 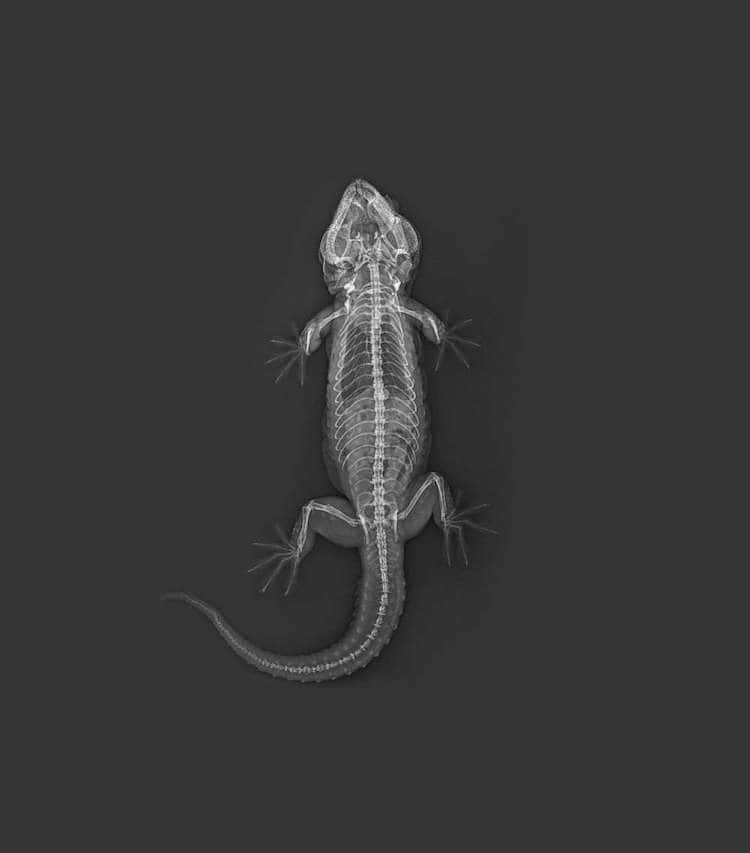 Tokay gecko (Gekko gecko)
This nocturnal gecko's native habitat is the rainforest, where it lives in trees and on cliffs. Males are territorial, have a strong jaw, and will attack intruders. 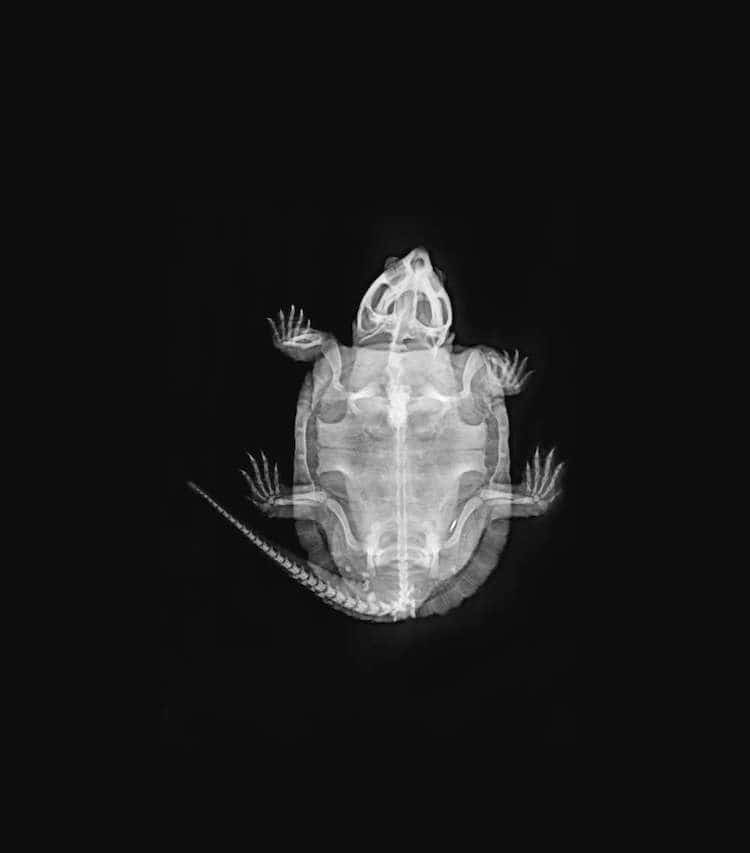 Big-headed turtle (Platysternon megacephalum)
Native to Southeast Asia and southern China, the big-headed turtle is on the endangered species list. It's a popular item to eat, so they are disappearing from the wild.

All images via the London Zoo.