Hundreds of Wooden Arrows Pierce Airplane from Below 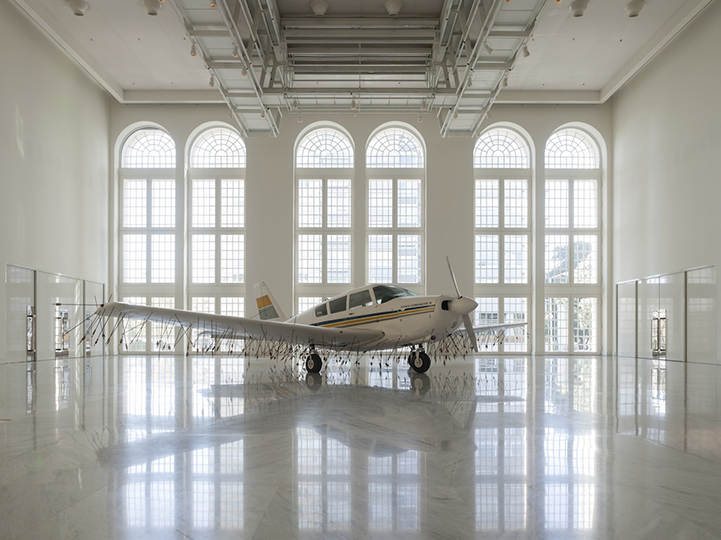 This airplane exhibit looks like it was attacked by hundreds of old-fashioned arrows and shot right out of the sky. The piece, entitled Avio, was developed by Havana-based creative collective Los Carpinteros (The Carpenters).

With meticulous attention to detail, the duo, consisting of Marco Castillo and Dagoberto Rodriguez, produce projects that focus on the relationship between art and society. Castillo says, “We are interested in what happens in the objects: they are like the fossil containing historical, social, political and ideological [traces of] men throughout history.”

Avio was exhibited at the Faena Arts Center in Buenos Aires, Argentina in 2012. The team produced the piece as a symbol of modernization. As the sedentary, modern machine sits in direct contrast with the antiquated, wooden arrow and feather weapons, viewers are encouraged to consider the past, present, and future of technology as it affects our everyday lives. 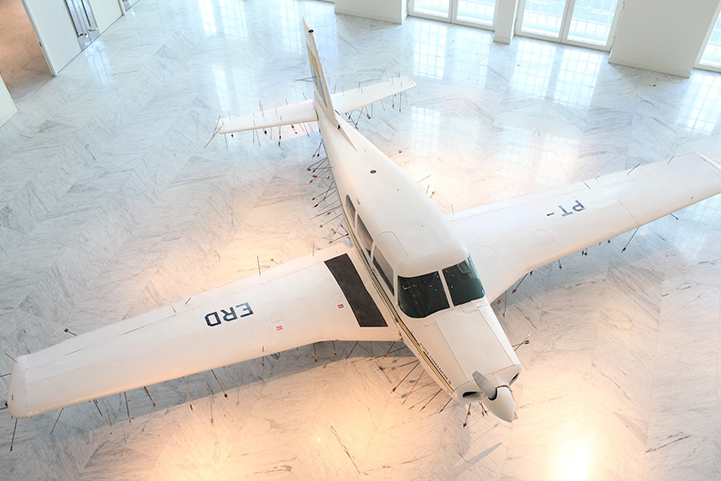 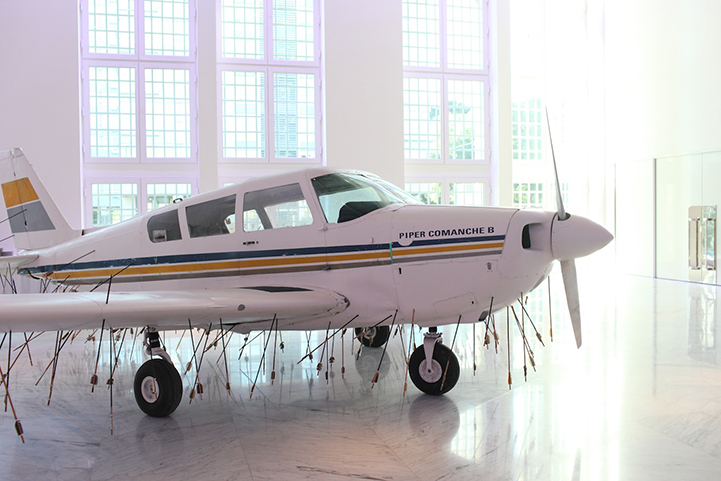 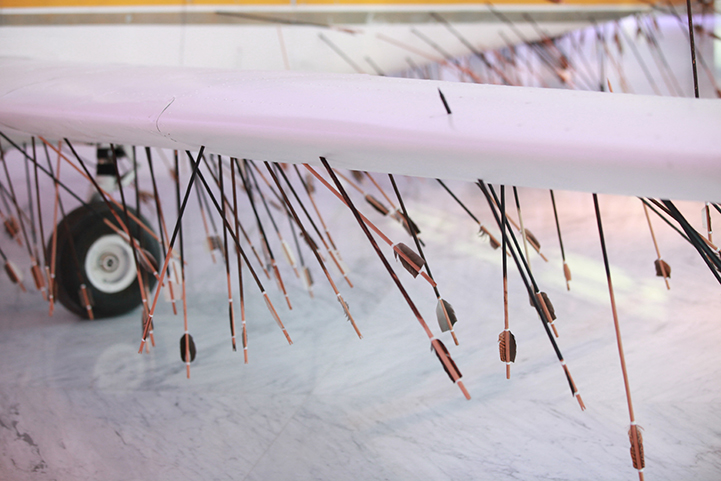 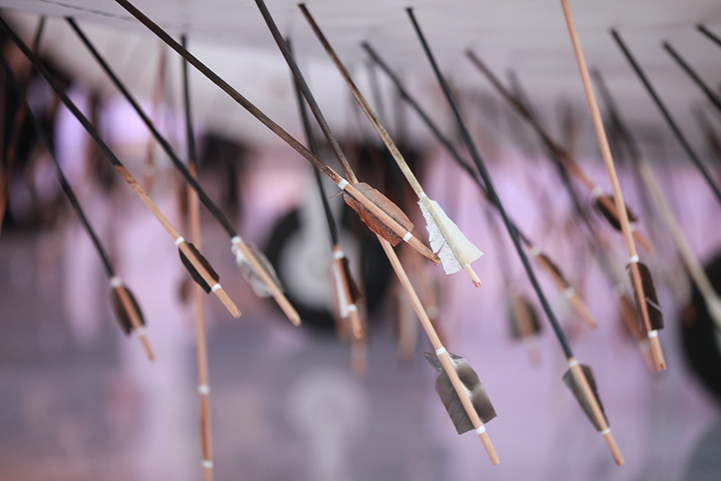 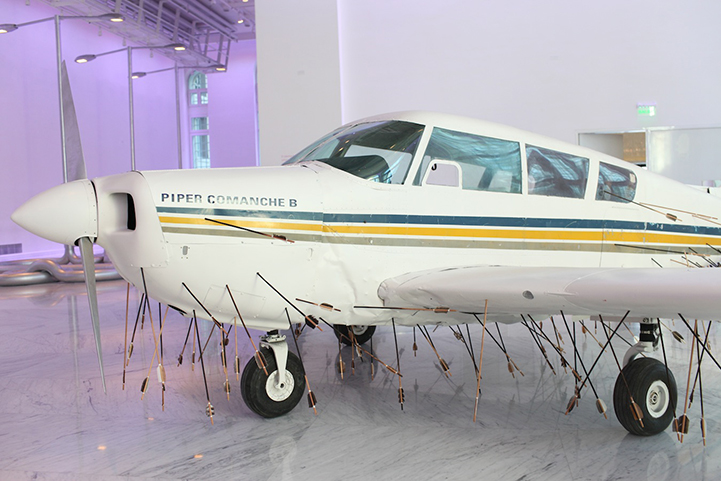 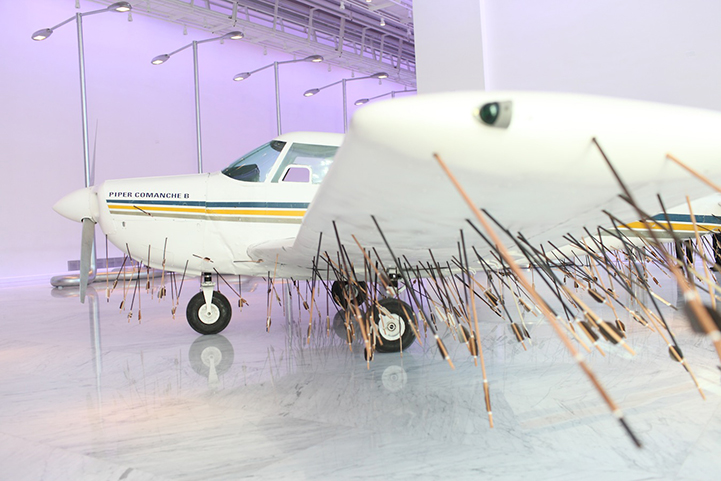 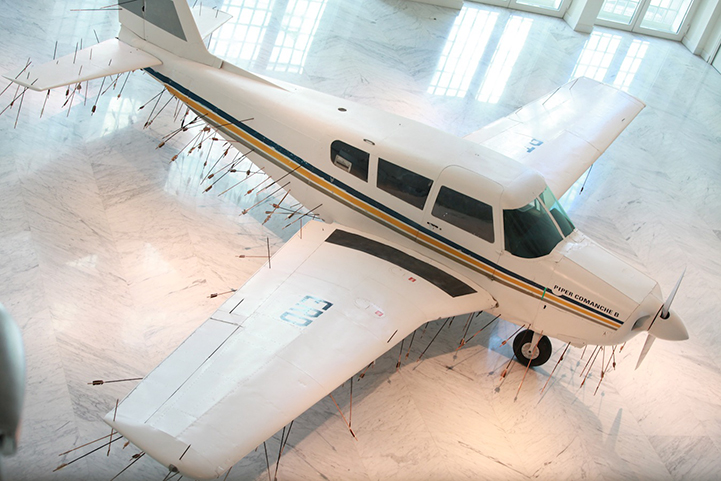