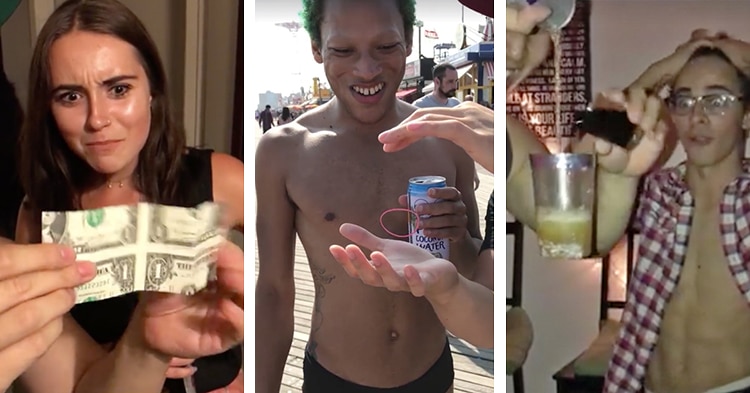 Do you believe in magic? Watch just one of Paul Vu’s mesmerizing tricks and you just might. The 22-year-old magician has only been a professional for the last three years, but he’s already garnered over 60 million cumulative views on his videos that will always make you wonder, “How did he do that?!” Vu is a natural when it comes to wowing people, and he does it with such a conversational charm that when the magic tricks happen, it catches people off guard—and their reactions are priceless.

Vu has performed his routines for audiences great and small. In 2016, he appeared on the British television show The Next Great Magician where he proved he’s the Rubik’s Cube master. There, an audience volunteer mixed two of the 3D puzzles into a random combination of colors. That’s no match for Vu’s talent, however, and he’s able to solve one of the cubes in under 30 seconds. With the second Rubik’s Cube, he puts his own spin on the puzzle. Rather than solve it in the traditional way, he has the volunteer completely cover the cube with her hands and then matches the other one to her exact configuration. The crowd, predictably, goes wild.

While Vu’s routine on The Next Great Magician was polished, he’s not afraid to be casual and show his magic tricks to random people on the street or at a party. These responses are the best because these individuals aren’t expecting Vu's antics. They end up enthusiastic and stupefied, questioning what they just saw. In one of Vu’s latest videos of magic tricks, he performs them to inebriated folks at a party. Prepare to laugh and be amazed when you watch that—along with Vu’s other work—below. (Warning: many of these videos have cursing.)

Magician Paul Vu will wow you with his videos of magic tricks.

…or for folks at house parties.

Hilarious Photo Series Shows How a Magician’s Baby is Born

Mesmerized by Paul Vu's magic? Share
Like My Modern Met on Facebook
Get Our Weekly Newsletter
Become a
My Modern Met Member
As a member, you'll join us in our effort to support the arts.
Become a Member
Explore member benefits