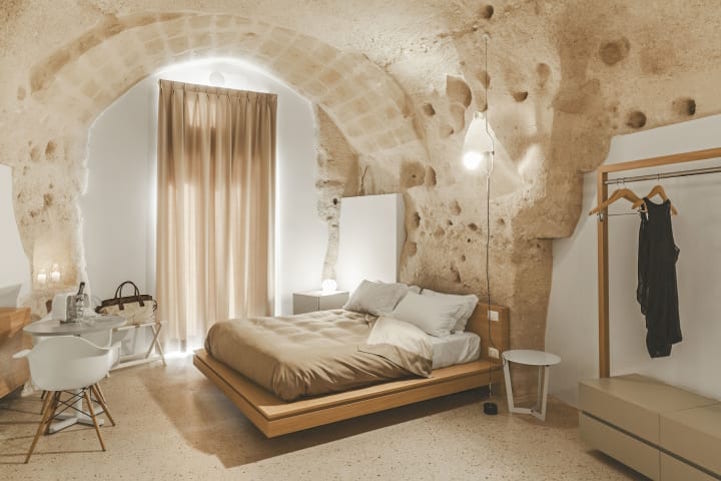 The caves of Matera, also known as sassi, are located in southern Italy and have been used since Paleolithic times, when inhabitants began carving out the soft stone to create homes. Tasked with the challenge of creating a warm, inviting interior with a modern feel, local architecture firm Manca Studio, run by brother-sister duo Alfredo and Marina, expertly blended the historic and contemporary for the La Dimora di Metello Hotel. In their first hotel project, they have embraced the curves of the space, creating four cozy suites, a common area, terrace, and spa spread over 3,200 square feet.

The warm stone walls in the bedrooms hug visitors, giving a sense of security and warmth without feeling claustrophobic. The architects used white walls to divide the space, but maximize natural light, somehow managing to create light and bright interiors—something one would think impossible in a cave setting. Additionally, the interior design, which boasts mostly custom furniture in pale oak, enhances the earthy feel of the space.

Since their designation as a UNESCO World Heritage Site in 1993, Matera's caves have become a modern study in how to revitalize a space. After their original use as troglodyte dwellings, the caves were almost continuously inhabited until the 1980s, when they fell out of fashion. More recently, a great effort has been made to transform the caves into hotels, restaurants, and cultural centers. Demonstrating a keen ability to pay respect to the past while embracing modernity, the designers allowed the rough texture of the original tuff walls—stone made of volcanic ash—to flow into the smooth, white Italian plaster. The soaker tub, tucked into a low niche, allows guests to relax in a grotto-like ambience, proving that it's possible to stay in a cave while enjoy modern luxury. 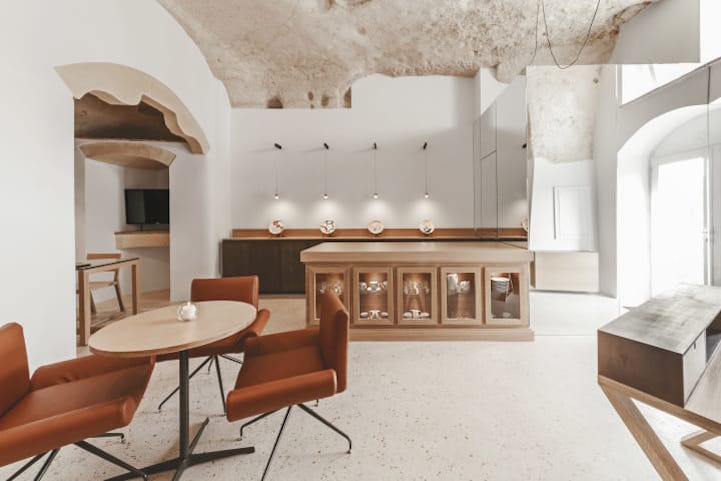 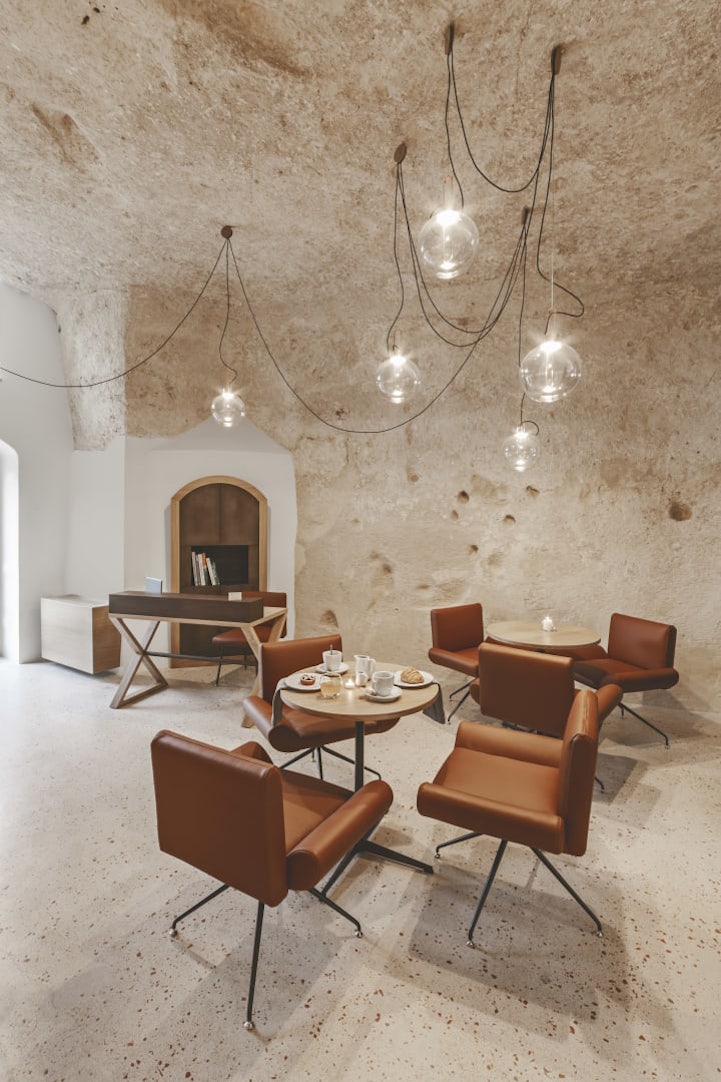 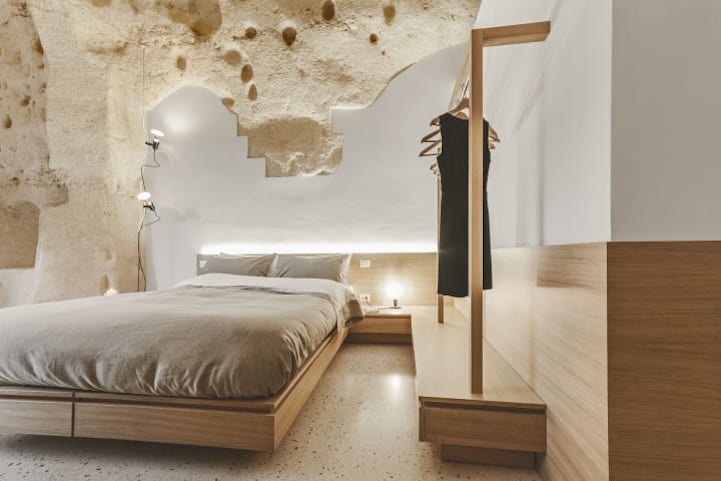 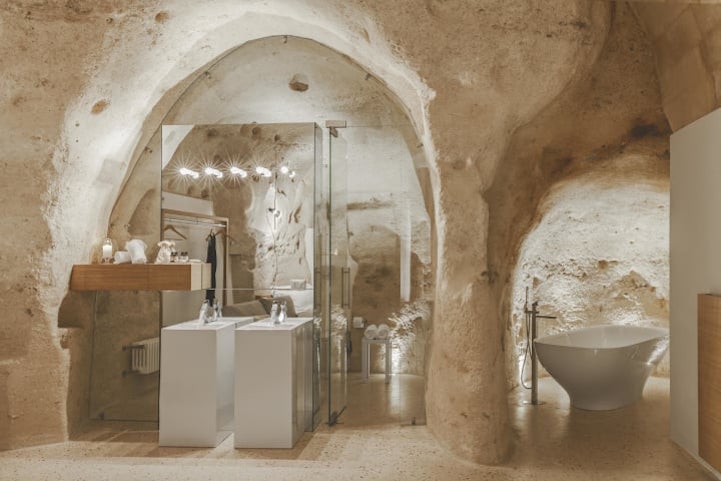 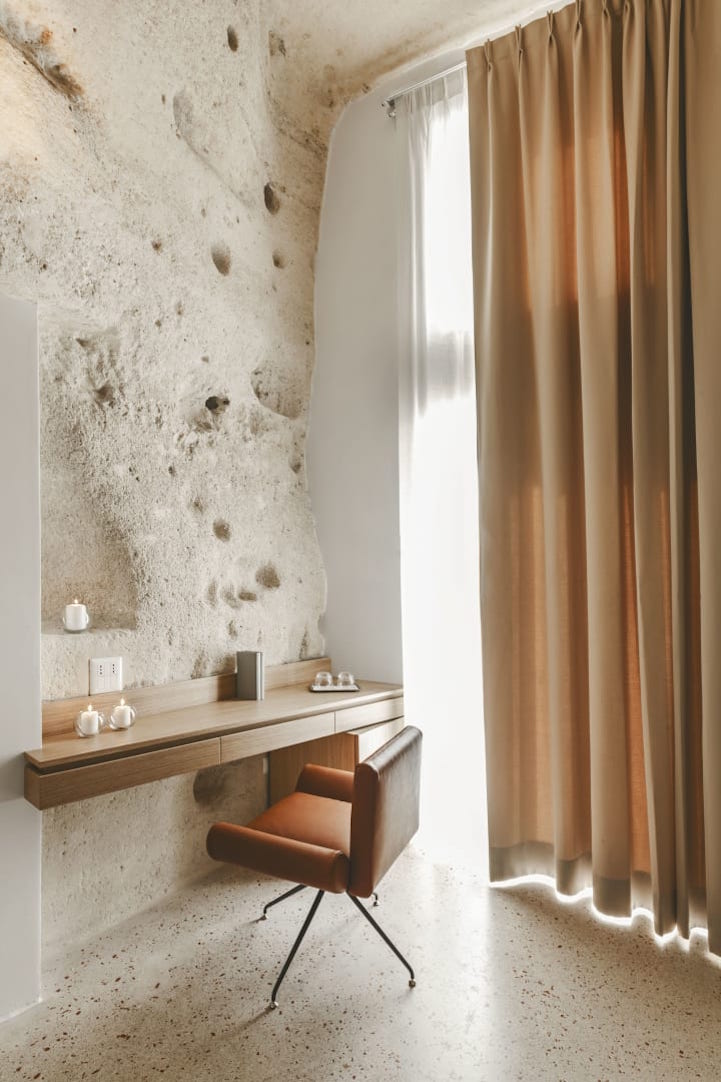 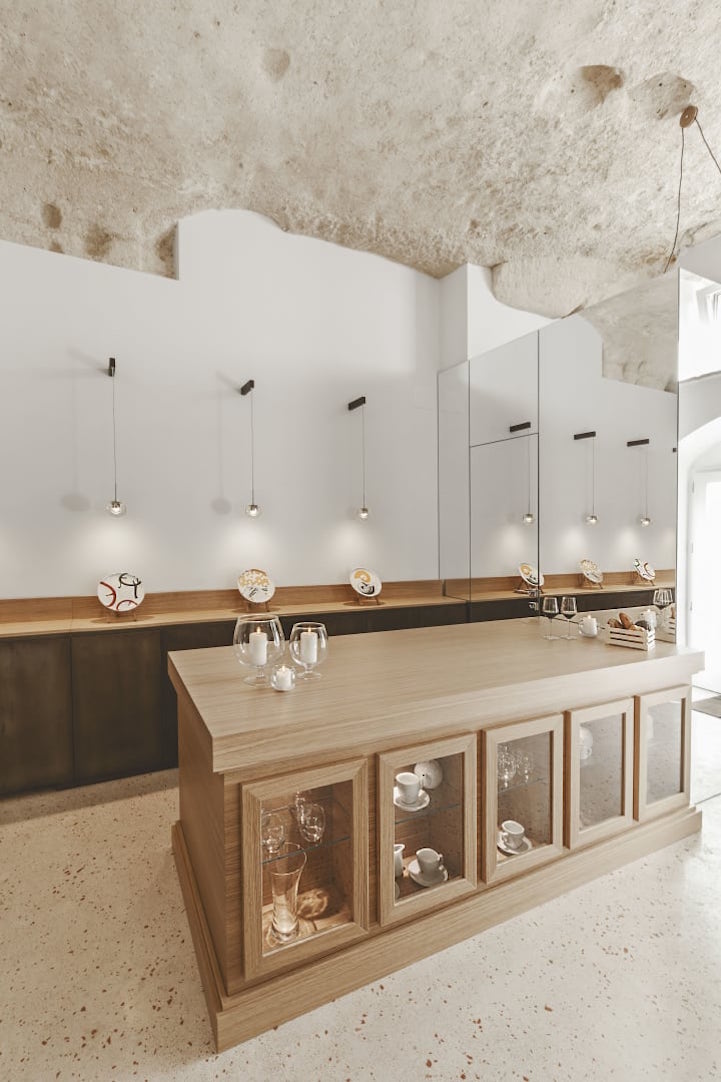 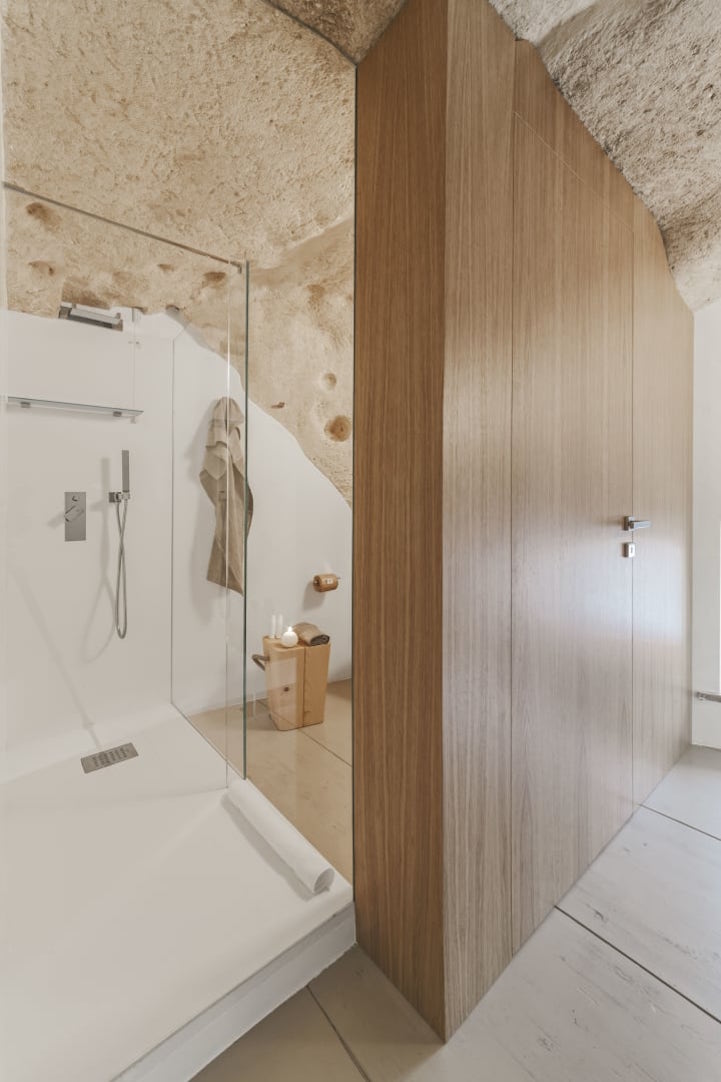 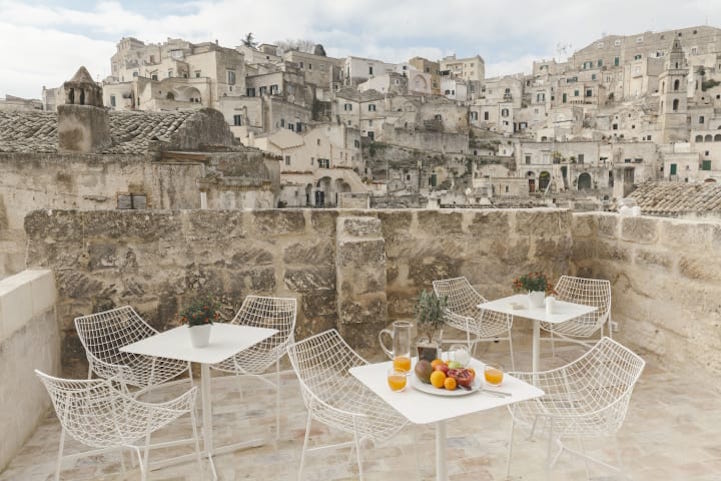 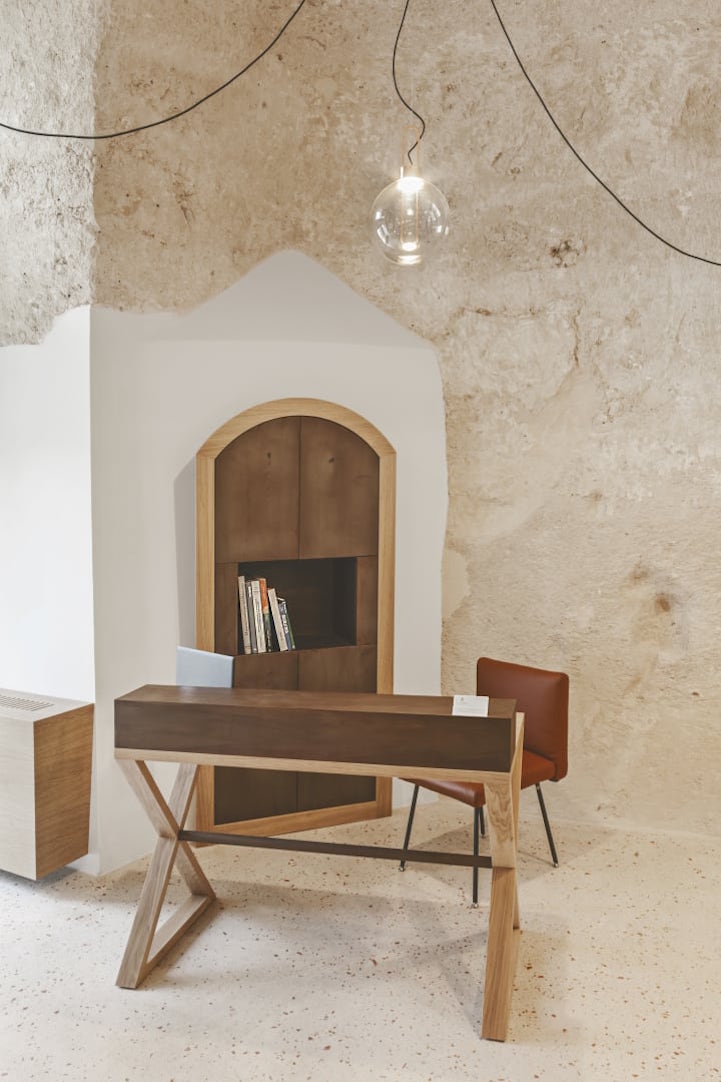 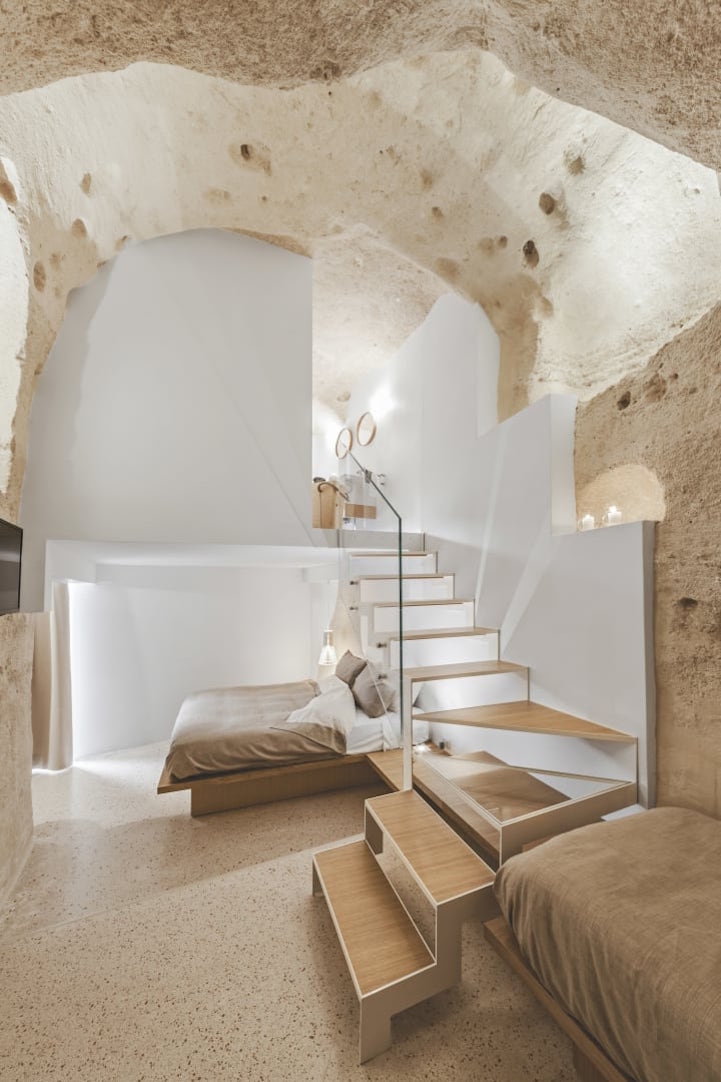 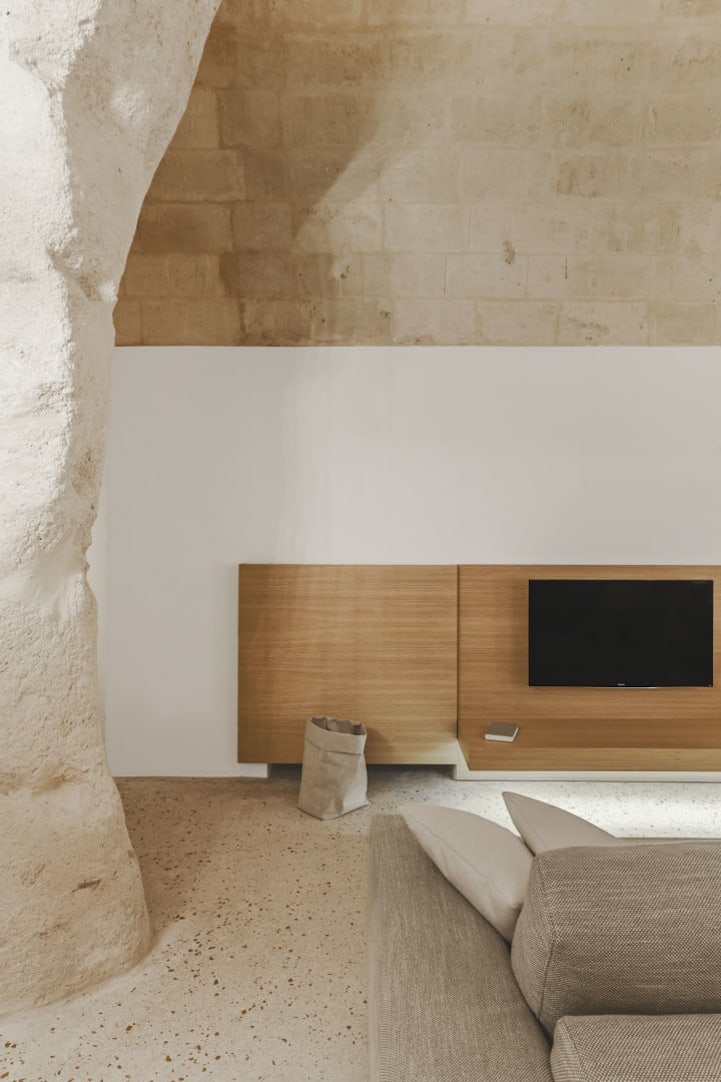 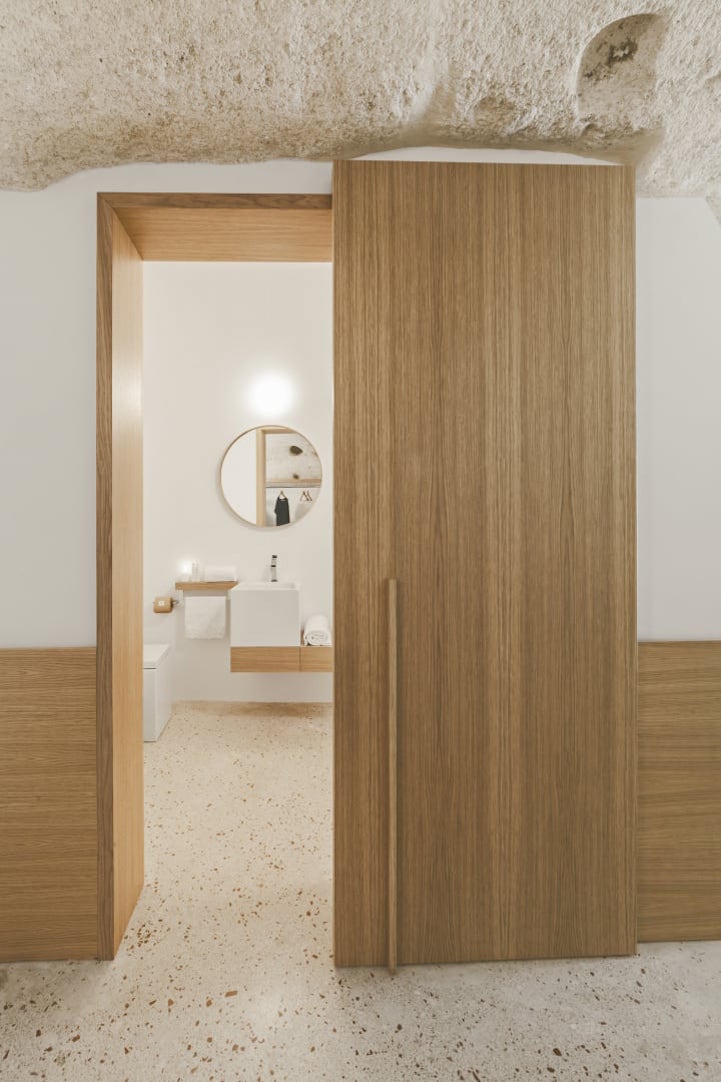 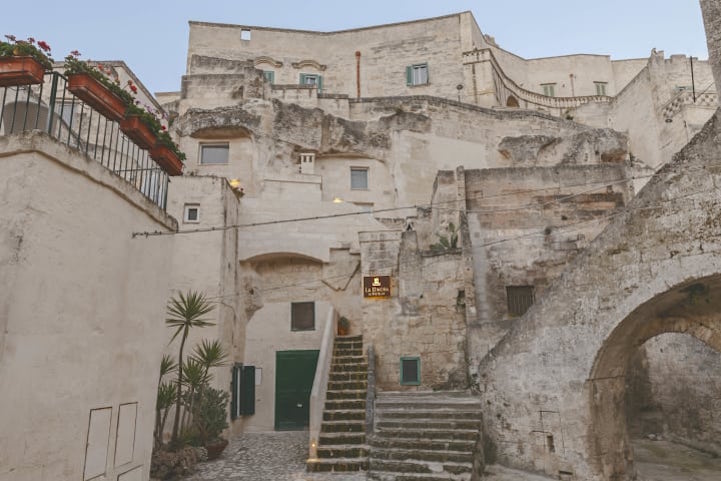 All images via Pierangelo Laterza.