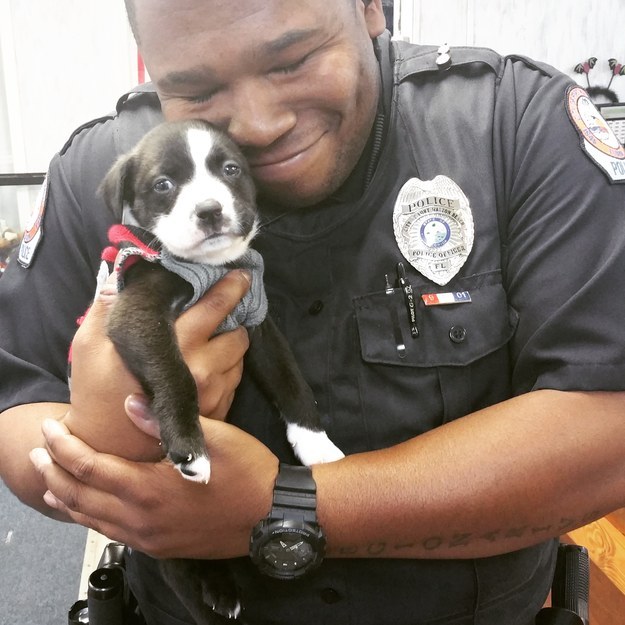 When Officer Marcus Montgomery arrived at the Panhandle Animal Welfare Society (PAWS) for a routine call, he had no idea that he'd end up with a new, furry family member. Right after he finished dealing with a situation involving a former employee, one of the supervisors showed up with an adorably sleepy pit bull. “When the supervisor brought him in, I just looked in his eyes as he yawned at me, and I told [the] supervisor, ‘Don't bring him in here, because I will take him home right now,'” Montgomery told BuzzFeed. Despite his warning, the officer ended up with the puppy in his arms and he was then told about the little guy's tragic past.

When one of PAWS' employees entered the building in the morning, they heard a noise coming from the back porch. Once they went to investigate, they found Montgomery's new friend in a box all by himself. He'd been abandoned there during the night and had to endure freezing temperatures until he was found in the morning. Even though he had to deal with these heartbreaking circumstances, his loving nature persevered. “She brings me this lil guy, chill, no whining, no barking, just chill,” Montgomery writes. “So I get to hold him and he immediately curls up in my arms.” The very next day, the officer took the pit bull home as a birthday present for his girlfriend.

To compliment their other rescue dog Vader and his Star Wars-inspired name, the couple ended up calling their new canine Kylo. Now, thanks to their intergalactic connection, both dogs have become the best of friends (who seem to enjoy a nap or two together). 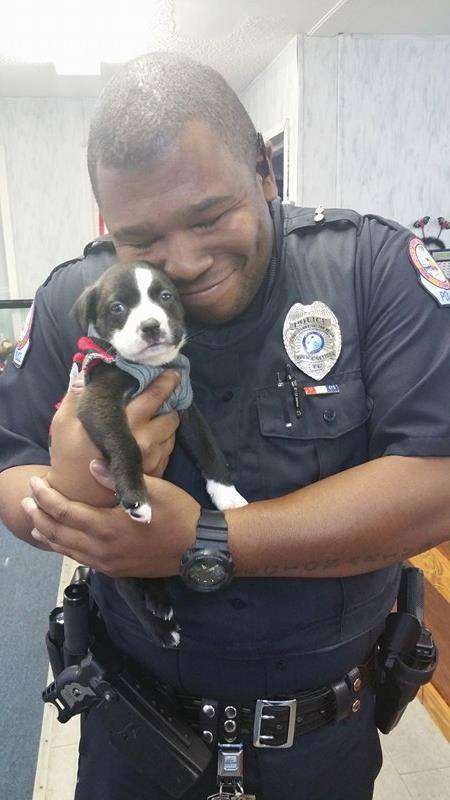 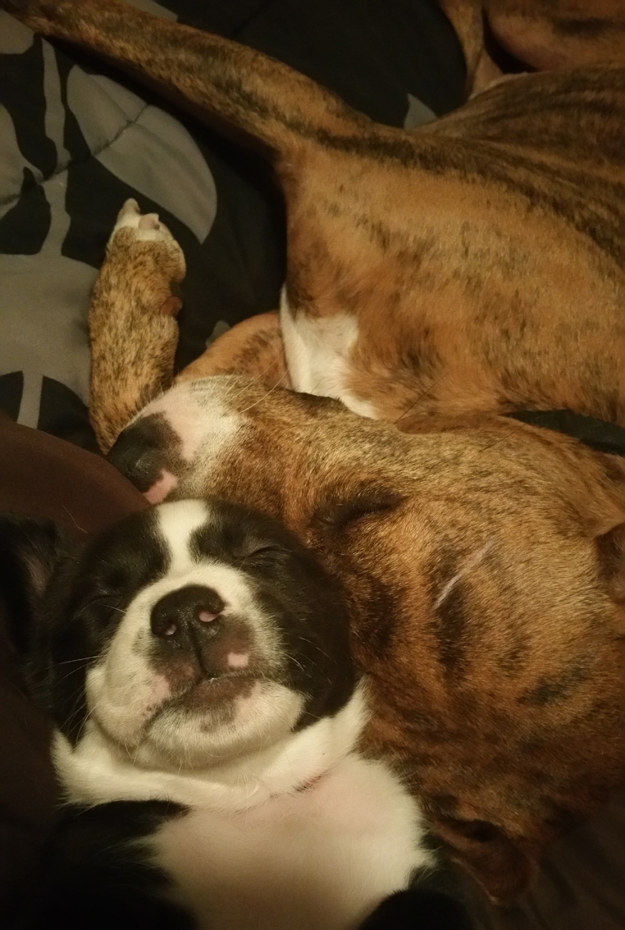 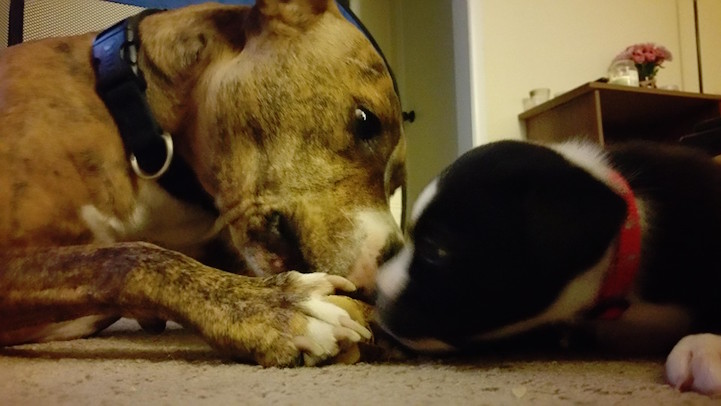 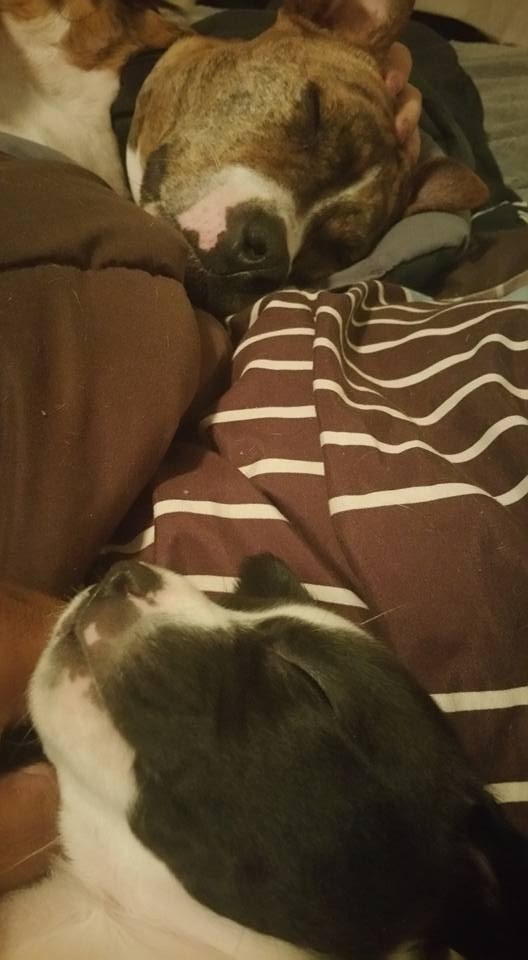 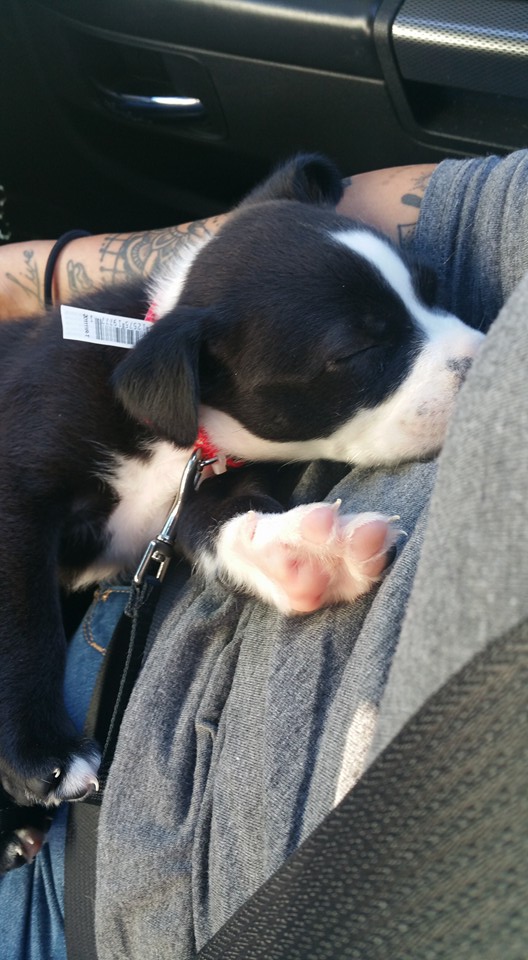 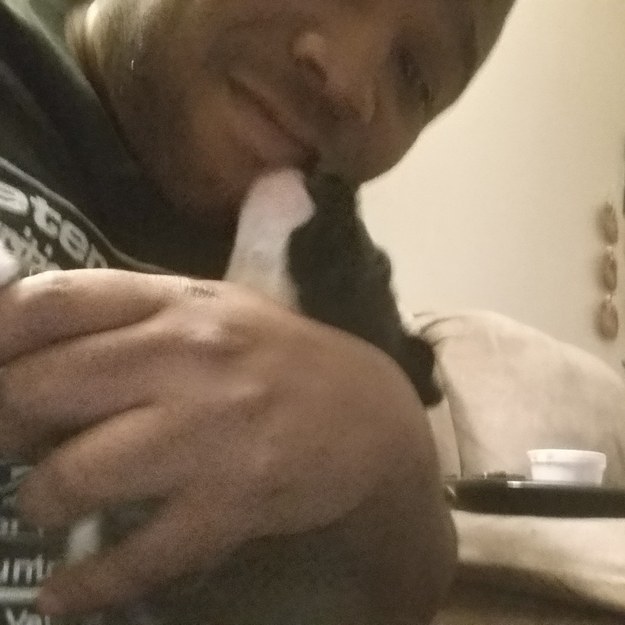 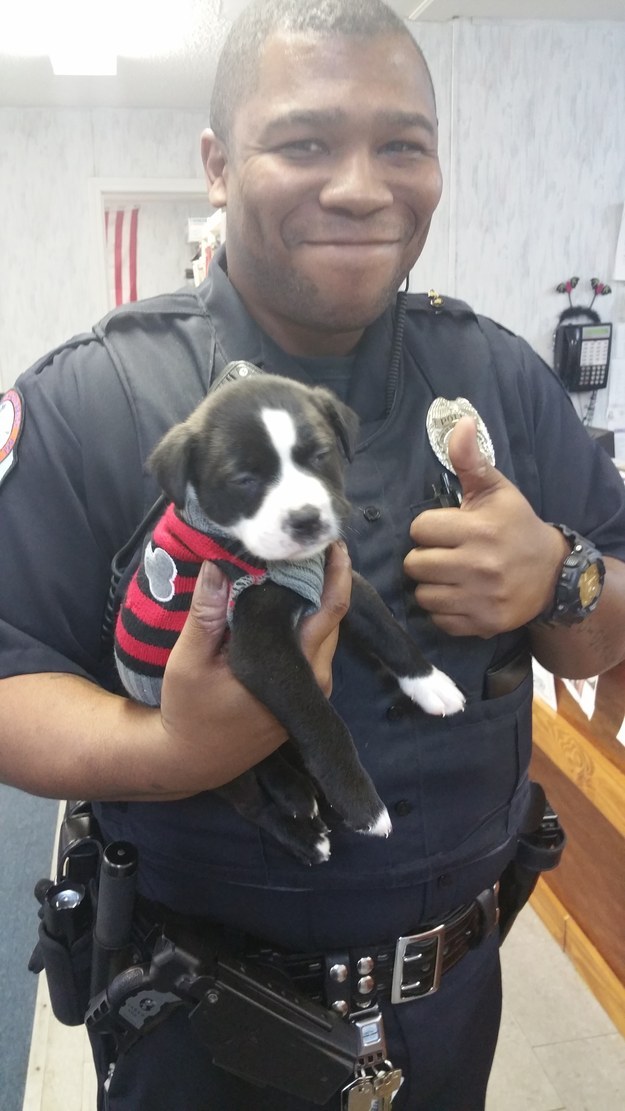